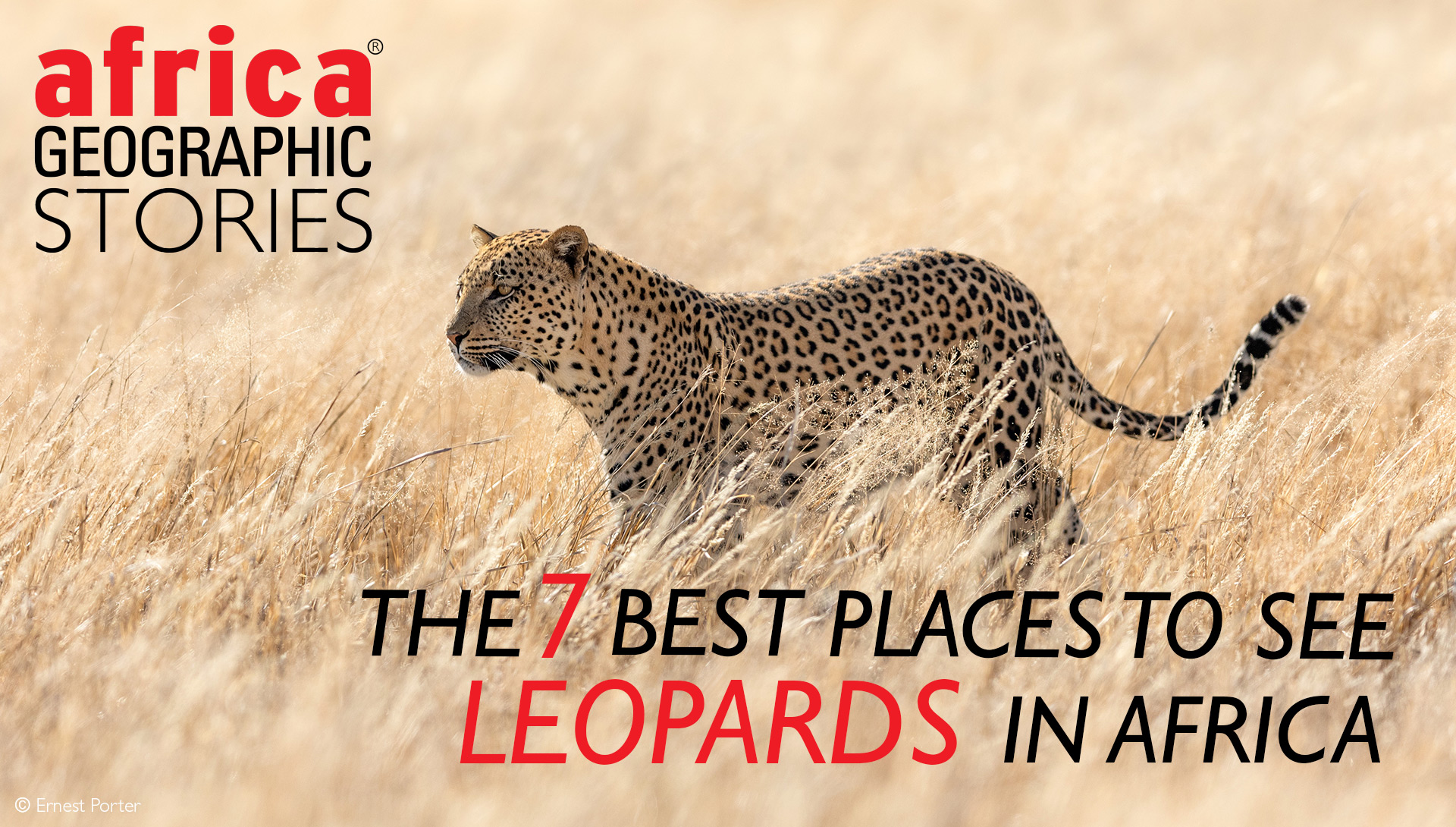 Where to spot the elusive cat

There are many reasons why leopards are at the top of safari request lists. Breathtakingly beautiful, charismatic, powerful, elusive, mysterious, and endlessly unpredictable – no one adjective can fully capture the wild essence of these impressive cats. Whether draped lazily across a tree bough or concealing themselves for a slow stalk and decisive pounce, no one leopard sighting is ever the same. We’ve compiled a list of our favourite leopard viewing destinations for (almost) guaranteed sightings.

This corner of South Africa is famous for its spectacular leopard encounters, especially in the southern regions of the Greater Kruger, where leopard densities are at their highest. Private reserves like Sabi Sands Game Reserve have a long history of leopard habituation, and the leopards here are probably the most relaxed on the continent. The guides and trackers in these areas are intimately familiar with the territories and movements of their spotted comrades and will provide a background (and even lineage) of the individuals seen.

Vying with the Greater Kruger for the highest leopard densities on the continent, South Luangwa National Park is a haven for these elegant cats. The verdant floodplains, oxbow lakes, and riverine forests along the Luangwa River – the region’s lifeblood – are perfect pardine territory. Guests are regularly treated to multiple leopard sightings in a day.

The wetlands, grasslands, and thickets of the Okavango Delta teem with wildlife and predators abound in this rich wilderness. While animal viewing in Moremi Game Reserve is typically at its best during the dry season, wild dog and leopard sightings are the norm year-round.

Unofficially designated as the leopard capital of Kenya, arid and dramatic Samburu’s rocky outcrops and striking riverine trees provide perfect vantage points where leopards can strike the typical photographic pose. And with Samburu being somewhat off the beaten safari track, chances are you won’t have to share your sighting with a crowd of eager tourists.

5. The Mara-Serengeti Ecosystem, Kenya and Tanzania

Leopard densities in the Mara-Serengeti Ecosystem are high, and, like our first four destinations, a sighting of at least one individual is all but guaranteed. However, what sets this region apart is the magnificent scenery, which has the potential to change the entire character of a sighting. Instead of lurking in the thickets, the leopards of Mara-Serengeti are often obliged to move in the open or through tall grassland. The sight of a leopard dwarfed by the sheer scale of the expansive Maasai Mara or renowned Serengeti is not easily forgotten. Throw in typical leopard unpredictability and the chaos of the Great Migration, and the scene is set for genuinely extraordinary and action-packed encounters.

With their effortless beauty, leopards are suited to almost any setting but are perhaps most breath-taking against the ochre and gold palette of the Kalahari Desert. Naturally, the leopard population here occurs at lower densities, and sightings are not necessarily a given. However, the sparse vegetation works to the advantage of eagle-eyed visitors.

Laikipia County is one for the leopard connoisseur – those fortunate enough to have travelled and filled many a memory card with pictures of leopards from around the continent. The county, and Loisaba Conservancy, in particular, has recently found social media acclaim with the revelation that it is home to unusual black leopards. These mysterious cats have a rare genetic mutation that results in melanism and are believed to be more common in forested areas where their atypical colouring works to hide them in the shadows. Of course, they are elusive, and there are no guarantees – but isn’t anticipation half the fun of a safari?

Malawi’s concerted conservation efforts have borne exceptional biodiversity and resulted in a nascent tourism industry offering singular safari experiences. Nyika National Park extends across the vast Nyika Plateau, an enormous granitic dome over 2000 metres above sea level. The rolling hills are home to the highest density of leopards in Malawi, and while the secretive cats are still somewhat shy, sightings are becoming increasingly common, particularly at night. The positive feedback loop of growing numbers of tourists supplementing conservation funding has gone a long way to securing the future of one of Africa’s most unique wildernesses.

Want to plan your leopard-spotting safari? Get in touch with our travel team to start the discussion.

To support leopard conservation, check out our club projects, the Cape Leopard Trust and the Mara Predator Conservation Programme. (Sign in to read more).

Leopard enthusiasts – now’s your time to shine. Tell us about your favourite leopard destination.