Posted on August 13, 2020 by Guest Contributor in the Decoding Science post series.

The roan antelope Hippotragus equinus is currently classified as a “Species of Least Concern” on the IUCN Red List. How accurate is this classification, and how should it influence how situations are managed where numbers are dwindling? In many African countries, roan antelope populations have dropped to perilously low levels, and there is every chance they could disappear from the wild altogether. Some argue that some of these examples are animals on the limit of their geographical range and could be regarded as “refugee sub-populations”. This poses the question: is it important to intervene to save these “refugee” populations?

According to the IUCN Red List, there are an estimated 60,000 mature roan in Africa, with the largest populations in Burkina Faso, Cameroon, Zambia and Tanzania. In some areas, these populations are believed to be stable, but in others, the numbers have declined. In Ruma National Park in western Kenya, the roan population has declined dramatically to about 13 animals, making it genetically unviable. Likewise, in the Kruger National Park, numbers have dwindled to just over 50 individuals. Roan are a charismatic species, and it could be argued that their presence in these parks is important both from a biodiversity and national pride perspective and while purist conservationists may regard this as irrelevant, in attracting tourists, which in turn stimulates the economy of the region.

Numerous studies have been conducted to establish the reason for the decline in the Kruger Park and Ruma.  In the Kruger, the consensus of opinion suggests it is all to do with water provision. The northern part of the park had lower animal densities than the south, so managers sunk boreholes to provision animals in the hopes this would enhance the game viewing. Indeed, the water-sensitive bulk grazers such as buffalo made it their home and changed the habitat. With them came predators. Roan, being selective grazers, did not compete well. They also have an unusual approach to calf-rearing behaviour, often hiding their calves and leaving them for hours at a time. With the increased predator load, these calves did not survive. It just goes to show that humans with good intent can make management decisions that have catastrophic outcomes! Recently, a Kruger National Park section ranger was fired for “gross negligence” after 20 roan placed in a fenced breeding camp in the park died of dehydration after the drinking trough water dried up due to negligence. Eight years prior to that 45 roan died of anthrax in Kruger breeding camps.

In Ruma, it appears predation is also the problem, and plans are afoot to enclose the roan in a camp free of predators. Unfortunately, with only 13 individuals, the population has reached a genetic bottleneck, and there is no other option but to bring in new animals to remedy the problem.

Interventions would involve the infusion of new genes, but the challenge is where to source animals for this genetic refreshment. The very existence of subspecies is controversial, with some eminent scientist being “lumpers” and others “splitters”.  Some argue that “splitting” can impede conservation outcomes, while others would say ignoring subspecies issues is irresponsible. As is so often the case with a species on the brink, decision-makers are faced with a myriad of different considerations that need to be weighed up in a race against time, not least of which involves reconciling the science with the conservation realities. As it is, the subspeciation of roan antelope is a genetic quagmire.

Using mitochondrial DNA analysis of roan antelope, researchers split the roan species into six subspecies.  Hippotragus equinus equinus in South Africa Botswana and Namibia; H. e. cottoni in Angola, Zambia and Malawi; H. e. langheldi from Tanzania and Kenya; H. e. bakeri from South Sudan and Central African Republic; H. e. charicus from Chad and Nigeria; and H. e. koba from Benin, Senegal and Ghana. There are morphological differences between these “subspecies”, but in many cases, it is impossible to tell the difference.

More recent studies (Alpers, Van Vuuren, Arctandervand Robinson) using nuclear DNA analysis would suggest that the North-West African Hippotragus equinus koba from North-West Africa is a distinct and evolutionarily significant unit and all the rest should be lumped together.  In other words, there are only two subspecies of roan antelopes. This is about more than scientific disagreement – the outcomes of studies such as these will invariably influence conservation decisions. 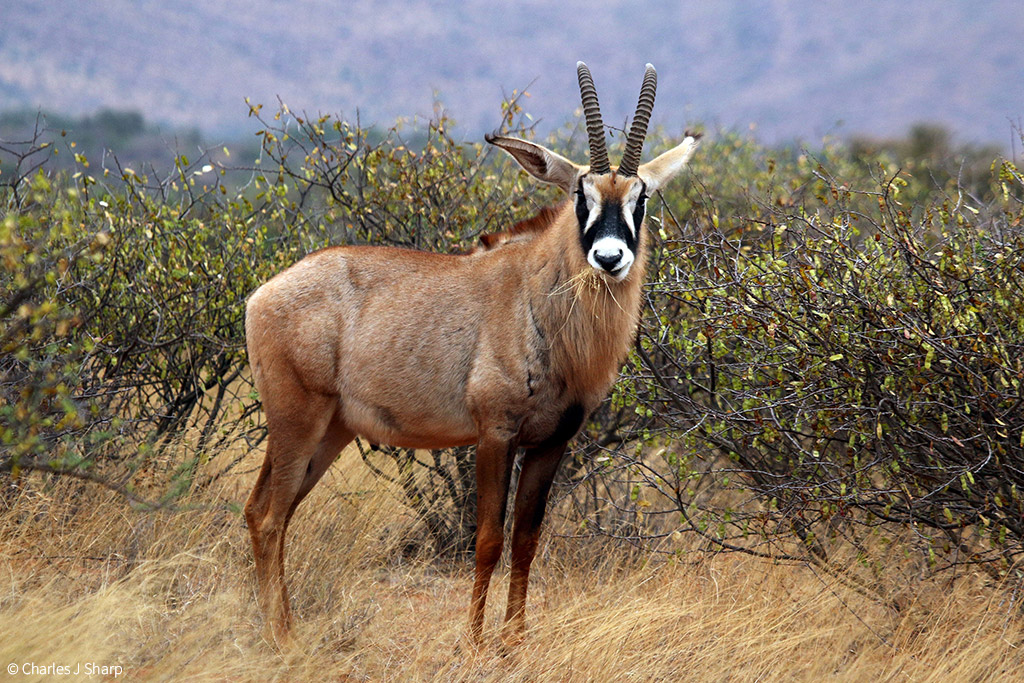 The IUCN has published a document, titled “Guidelines for Reintroductions and Other Conservation Translocations”. This document deals with the genetic considerations regarding sourcing animals for reintroductions or translocations and, naturally, it advises sourcing populations physically closer to, or from habitats that are similar to, the destination. However, the document also recognises that there will be situations where this is not possible, and here it defines a “taxon substitution”, where a similar, related species or sub-species can be substituted as an ecological replacement in dire conservation situations.

There are inevitably going to be differences in opinion when interpreting scientific publications and conclusions. When these issues are controversial, as is the case with the roan subspeciation, decision-makers are forced to tread carefully to avoid action that, in hindsight, could do immense damage to their conservation reputation. This is where the appropriate IUCN specialist groups should be involved. This panel of experts is best placed to make appropriate decisions, and responsible conservationists would be wise the follow their sound advice. Likewise, responsible government conservation bodies would abide by the advice given.  It goes without saying that care must be taken to make decisions based on sound science and not by emotion. 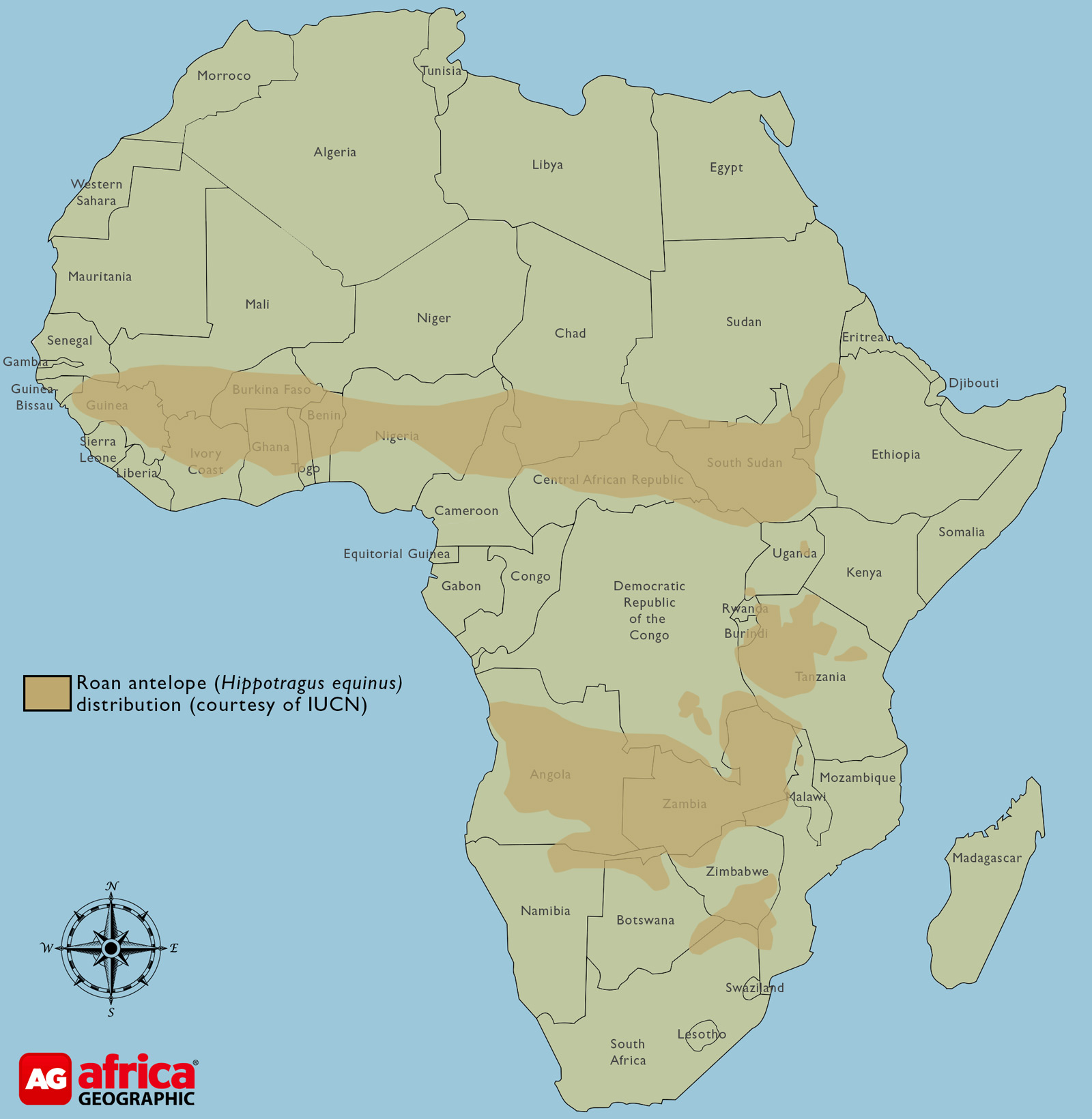 In Kenya, it would be ideal to source wild langheldi from neighbouring East African countries. Every effort is being made to achieve this, but this is complicated and could take years to achieve. Another option is to source langheldi from zoological institutions that breed the subspecies. This has been done before, in Eswatini, by the Back to Africa organisation (www.backtoafrica.co.za), of which the writer is a director – where there is now a thriving population in the Mlilwane Wildlife Sanctuary. These immunologically naïve zoo animals are susceptible to tick-borne protozoal diseases, including theileria, and it took years to habituate them.

Another option would be to source animals from South Africa, where the wildlife industry evolved to support hunting and ecotourism. In the past, game traders imported animals from a variety of African countries. This was done for financial gain, with wealthy men paying African countries or individuals for their biological treasures. Their argument was they were saving these animals from an inevitable demise by bringing them back to South Africa, where they would be saved and protected. Their motives in this may well have been fiscally motivated, but that is a topic for another article!

This industry in South Africa has all but collapsed, and prices have diminished significantly to the point that farmers are sitting with large numbers of animals and don’t know what to do with them. Imports came primarily from a few African countries, with equinus subspecies imported mostly from the dry arid Waterberg area of Namibia. A well-known South African veterinarian Dr Johan Kriek imported cottoni on two occasions from Malawi, and South African National Parks cooperated with Botswana in trading roan for rhinos, with equinus animals going from Punda-Ma-Tenka in Botswana, to Graspan near Kimberley. These animals now exist in the Mokala National Park near Kimberley.

Some koba were also imported from Benin’s Pendjari biosphere reserve by game trader Riccardo Giazza, and in 2000, Mr Fred Keeley of Sable Ranch caught wild roan from the Niokolo-Koba National Park in Senegal.  Some of these ended up on Mr John Hume’s farm Mauricedale near the southern Kruger Park. At the time, genetic issues were not considered, but retrospectively this was an irresponsible activity as koba have subsequently become recognised as a genetically inappropriate subspecies for Southern Africa. This did nothing for South Africa’s conservation reputation, but the issue was recognised, and genetic testing became the order of the day as nature conservation authorities took steps to prevent the sale and movement of koba within South Africa.

So, as it stands, there are numerous farms in South Africa holding roan antelope which originate from Namibia, Malawi and Botswana (there are tests available to confirm their genetic origin) that could be used to repopulate other areas.

There are, essentially, two questions here. The first is how many subspecies of roan antelope should be recognised? The latest genetic publication by Alpers, van Vuuren and Arctander suggests these animals would be appropriate for reinforcement of dwindling populations such as those in Kenya, as there are only two subspecies: West African and the rest. 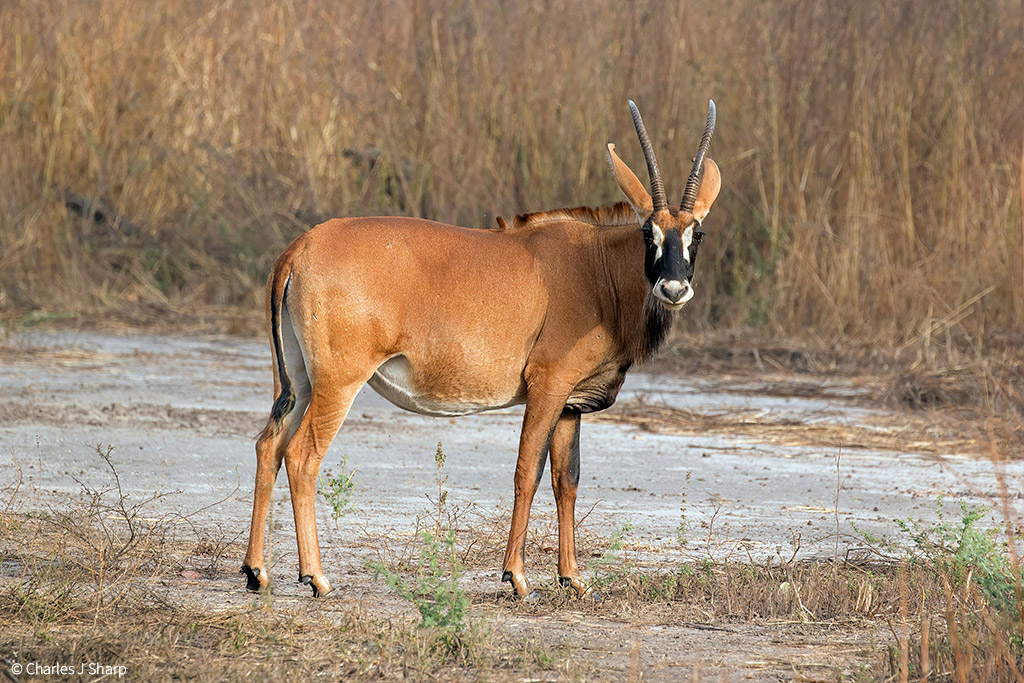 The second question is more complicated. At what point does the subspecies distinction no longer matter if it comes at the cost of the local extinction of a species? If one were distrustful of the validity of the aforementioned study and the division of roan into two subspecies rather than six, and if no other options existed for sourcing pure langheldi, what would the risk be in exercising a “taxon substitution” as defined by the IUCN? In that way, some of the roan bred in South Africa could be used for the overall conservation of the species, regardless of subspecies.

At what point does this decision move from being an IUCN recommendation to a sovereign decision accepted by all parties as being in the best interests of the species? Government authorities and conservation entities have the tricky job of striking a balance between good science and timeous intervention to save a species. It would, however, be such a pity if this intervention came too late for these desperate roan populations. Would it not be an excellent outcome if these animals in South Africa could now play a role in species conservation in other parts of Africa? It would be sad to think these animals now have no conservation value because they are of mixed genetic origin.

Dr Hamish Currie is a wildlife vet who regularly works in wildlife management projects across Africa. He is a pioneer of the introduction of zoo animals back into Africa, including engineering the translocation of the last northern white rhinoceros from the Czech Republic to Kenya. Hamish is a director of Back to Africa.

Roan antelope Hippotragus equinus in Africa: a review of abundance, threats and ecology, Havemann, Retief, Tosh and de Bruyn from the Mammal Research Institute, Department of Zoology and Entomology, University of Pretoria.