Posted on July 30, 2020 by teamAG in the Opinion Editorial post series. 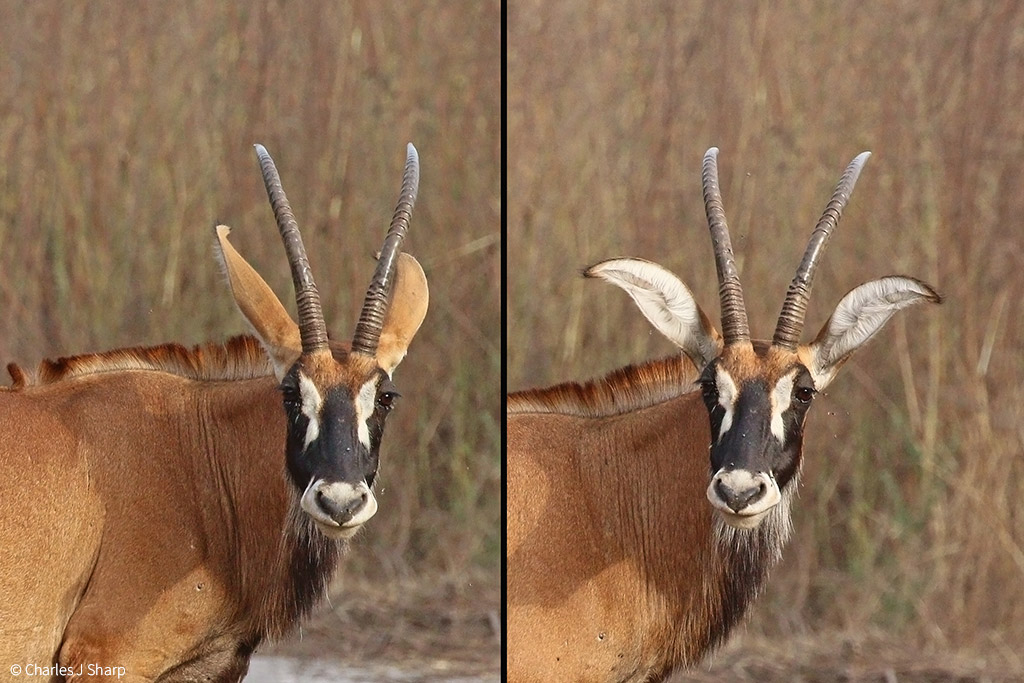 Additional information has been brought to our attention after we reported the recent death of 20 roan antelope in a Kruger National Park breeding camp – due to neglect.

Our informant suggests that the resultant undertaking by the Minister of the Department of Environmental Affairs, Forestry and Fisheries (DEFF) to implement an action plan to protect the roan antelope by, amongst other things, conducting regular inspections, carries little weight. His viewpoint is based on the death in 2012 of 45 roan antelope in a breeding camp – also due to neglect – that resulted in similar assurances by the authorities.

2012: In answer to an internal question posed to the Minister of Water and Environmental Affairs, the Minister stated that the roan breeding camps in the Kruger National Park would be inspected twice a week. This came as a result of an investigation into the death of 45 roan antelope in the Capricorn Breeding Enclosure due to an anthrax outbreak.

The bacterium Bacillus anthracis causes anthrax infections, and outbreaks occur naturally every few years, particularly in northern regions of the Kruger National Park and usually during the dry season. The anthrax spores exist in the soil and surrounding vegetation and can survive for decades before causing an outbreak. These spores are spread by infected animals and scavengers such as vultures, and often contaminate water sources. Roan antelope are particularly susceptible to the disease, as are kudu, waterbuck, and buffalo – and the outbreaks are associated with high mortality rates for these species.

The full extent of the negligence surrounding Kruger’s breeding enclosures was fully explained to Africa Geographic by Gerhard Smit, who personally investigated the 2012 mortalities and who confirms that the carcasses were already desiccated by the time they were discovered. According to Mr Smit, before 2012, some tsessebe had also perished in one of the camps outside Pretoriuskop due to dehydration. AIKONA (Against Interfering with Kruger and Our Other Nature Assets), a group convened by Gerhard Smit, compiled a 187-page complaint against SANParks which was submitted to the Public Protector in September 2013, as well the CEO of SANParks. To date, Mr Smit continues to receive confirmation that investigation “is in progress”.

According to Salomon Joubert, roan were first introduced to the N’waxitsumbe enclosure in 1967 as part of an intensive study of their social and ecological requirements. An outbreak of anthrax in surrounding areas resulted in roan mortalities in the enclosure and, in response, management teams within the park set up an annual inoculation plan, which included inoculating free-roaming roan. After a severe drought and sharp decline in roan numbers in 1992, the inoculation programme was terminated due to concerns over accidental injuries and deaths during the inoculation process (which was conducted by helicopter). The decision was made to transfer some roan into breeding camps to resuscitate the struggling wild population through breeding and restocking badly-affected areas.

Despite a natural anthrax outbreak close to the Capricorn breeding camp in 2009, no attempt was made to inoculate the captive roan and, three years later, somewhat unsurprisingly, an announcement by the KNP’s Head of Department: Public Relations and Communication, Mr William Mabasa, declared that 30 (later amended to 45 upon investigation) roan carcasses had been found in the Capricorn breeding camp, leaving just 13 (?) individuals remaining. The cause of death was confirmed as anthrax, and it was declared that an inoculation programme would be instituted.

The then Minister of Water and Environmental Affairs confirmed that “an investigation has been conducted, which suggests that the deaths of the antelope could have been avoided through better monitoring of the camp and its drinking troughs. In future, the camp will be inspected twice per week, drinking troughs will be covered with branches during the day to prevent vultures from using it, and the troughs will be regularly cleaned and disinfected when anthrax is known to be in the area”.

Mr Smit also drew our attention to a report compiled by Dr Salomon Joubert, a former director of the Kruger National Park and an expert in roan antelope, in response to the 2012 anthrax deaths. The report details how Dr Joubert was invited by the section rangers at the time to visit the breeding camps, a few years before the 2012 deaths. The section rangers appeared to be uncertain as to how many roan each camp housed, and Dr Joubert also noted that it was clear fire management had not been conducted in the breeding camps for many years. Dr Joubert submitted several vital recommendations including:

While the section ranger responsible for deaths of the roan in N’waxitsumbe enclosure in 2019 was dismissed, these accounts from Mr Smit and Dr Joubert indicate major systemic weaknesses in the roan breeding programme in the Kruger National Park. While it is unclear at this stage whether the annual inoculation programmes are still in place, or if any veld burning has been conducted, the specific reference in Dr Joubert’s report to water provision proved to be prophetic. The breeding enclosures have been fenced off from all herbivore activity for decades, apart from the selective grazing of the small numbers of roan within the camps themselves. If there is still no fire management strategy in place, the inevitable overgrowth in the camps is a substantial fire risk and the thought of a fire running through a fenced breeding camp housing endangered antelope is horrific.

The decline of roan antelope in the Kruger National Park over the past three decades is at least in part the result of human interference, and the diminishing population means that each individual antelope is now important. With every death, genetic diversity decreases further. Regardless, these animals were taken from their wild existence ostensibly to protect them and the overall population from further harm. The responsibility to care for them fell to those in charge, who were warned about potential risks. To have had a total of 65 endangered roan antelope (more than the current estimated population in the entire Kruger) die in situations that could have been prevented is truly unacceptable. And it makes the promises that these animals will be safeguarded in the future somewhat hollow.