Posted on May 7, 2022 by Jamie Paterson – Scientific editor at Africa Geographic
ShareTweetPinEmailShareShareLinkedIn 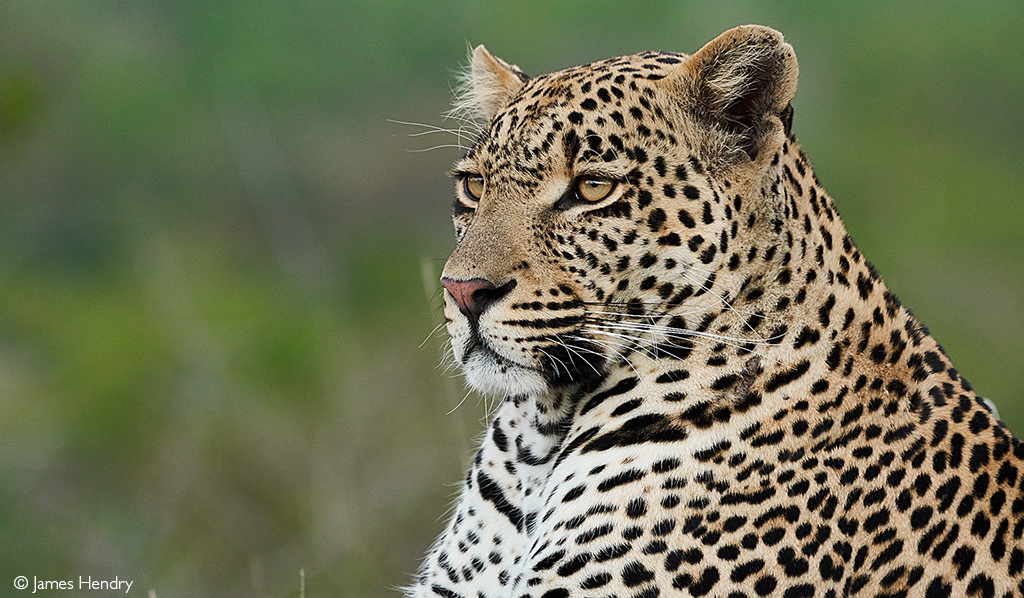 The message on our group chat read, “Guys, just reading now that Hosana has been killed”. It was followed by a screenshot of the official announcement from the Sabi Sand Wildtuin social media account (the official social media account of Sabi Sand Game Reserve) confirming that a male leopard had been killed by an anti-poaching unit acting in self-defence. The statement, released on Friday, 6 May 2022, notes a “strong likelihood that the leopard was the Hosana male” – a leopard made famous by the Wild Earth live safaris that had followed his story since birth. I have known him since he was born, as I was guiding in Sabi Sand at the time.

Hosana has been in the spotlight since he was only a few hours old. He was born in Djuma Private Game Reserve in the Sabi Sand Game Reserve (Greater Kruger) on the 2nd of February 2016. We know this because footage of him and his sister, Xongile, was broadcast across the globe during a live safari only a few hours after his birth. His mother, Karula, was a legend in her own right and an extremely confiding cat, even when tracked on foot. She allowed us untold hours of access to her cubs, and we watched with joy from the vehicles as they slowly transformed from tiny, clumsy balls of fluff to miniature versions of the lithe predators they were destined to become.

We realised that Karula was sufficiently comfortable for us to approach her and the cubs on foot, though we never pushed her boundaries by trying to get too close. Hosana and Xongile became increasingly accustomed to these strange bipedal interlopers, initially curious but eventually ignoring us. We would sit on the ground and watch two wild leopard cubs play, and I would have to pinch myself occasionally at the magic of it all. He was named Hosana – meaning “the little chief” – and he became famous.

Karula was getting older and eventually disappeared in 2017, just after the cubs turned a year old. Xongile vanished shortly afterwards, following a savage fight with her older sister. Suddenly alone in the world, Hosana had to face independence far sooner than he was ready for, and we watched his struggles with bated breath as the Little Chief learnt to survive.

Against all odds, he did survive and, in so doing, won the hearts of the thousands of people who watched his transformation from bumbling teenager hunting terrapins to a skilled predator. He regularly waltzed through the camp, often in broad daylight, drank from the swimming pool, and occasionally came and looked through the windows of my room. One of the last times I saw Hosana, he was sleeping peacefully 15 metres away from where I was standing. He was three years old and dispersed shortly after that.

We watched from afar like proud mother hens as Hosana filled out, gained a few new scars and eventually established his territory and began siring cubs.

On Friday, 6 May 2022, the Sabi Sand Wildtuin social media pages released a statement confirming that an adult male leopard, believed to be Hosana, had “ambushed” an anti-poaching unit (APU) patrolling a drainage line at dusk. They “responded in self-defence resulting in the leopard losing its life”. Africa Geographic immediately reached out to the Sabi Sand authorities to request further information about the date of the incident and a detailed explanation of the circumstances that led to the leopard’s death. AG also asked for images to confirm that the leopard was, as the statement suggested, Hosana. AG had not yet received a response at the time of publication but will update this article as and when one is forthcoming. None of our other sources were able to confirm conclusively that the leopard was Hosana (through images). However, we can safely assume that it was Hosana as the Sabi Sand authorities would not have invited the inevitable outcry without cause.

The unfortunate use of the word “ambushed” was a poor choice and seemed to imply that Hosana set out to do deliberate harm to the APU. Of course, leopards can and do hunt people on rare occasions (and assuming the leopard wouldn’t hurt people just because it was Hosana is anthropomorphism at its worst). Perhaps this was precisely what happened, but such opportunistic attacks on people are unusual. It seems highly unlikely that Hosana would target a group, especially given his history of being tracked on foot.

The first statement noted that “a full investigation” had been carried out, and it was concluded that all safety protocols were adhered to. However, a second statement was issued on 8th May, stating that the Sabi Sand authorities had conducted “preliminary investigations”, “will be engaging further with the contracted Anti Poaching Unit”, and “are conducting a full investigation”. They confirm that a more detailed statement will be forthcoming.

Bravery in the face of danger

Speculation is inevitable without knowing the exact details of how it all played out (and the conspiracy theories that spring up are almost impressive). We do not know the circumstances – the leopard may have been sick, injured, mating or defending a kill. The APU may have been moving very silently (as would be expected during an anti-poaching patrol) and surprised him. However, we can say that the APU must have believed that he posed a real and immediate threat to their safety. These men and women risk their lives to protect our continent’s most endangered animals, and we cannot vilify their reaction in the heat of the moment. They work under considerable pressure and in perilous circumstances. That was not Hosana the beloved leopard to them – it was an animal capable of killing a person with relative ease and speed.

No matter how special that leopard was to so many, a leopard’s life cannot be valued above an anti-poaching team’s safety. Their work in protecting the region’s rhinos and other endangered species and searching for and clearing snares is vital and requires enormous bravery. When patrolling the bushveld on foot, there is always a risk of encountering a potentially deadly animal, and things can go wrong quickly. Just a few days before the announcement about Hosana, 36-year old Shando Mathebula was killed by a buffalo while carrying out his duties as a field ranger in the Kruger National Park. By virtue of the nature of their work, APUs are forced to move quietly at risky times of the day, increasing their chances of a lethal encounter. It could have been an elephant, hippo, lion, or buffalo, but in this case, it was Hosana.

A tragic combination of circumstance

We are not able to comment on what wildlife training the APU in question had received. However, a full-blown leopard warning charge is a genuinely terrifying thing, and it requires preparation and training to face it down and then extricate oneself safely. It can be explosive, loud and fast. This incident does emphasise the importance of training those who operate in the field to handle wildlife encounters – both for their safety and that of the animals they meet in the line of duty. There may be circumstances where there is no option but to shoot an animal to save lives, but it should always be the last resort.

If the leopard in question is Hosana, he was cut down in his prime. This is an absolute tragedy. I mourn for the leopard we knew and loved – a goofball who treated us to endless hours of both hilarious antics and fascinating leopard behaviour. We learned so much from him about leopard life, and I am so profoundly grateful for having had the opportunity to watch him grow. To me, and to so many, he was a special cat, and while he would never have known it, he changed a fair few lives for the better. His clumsy insouciance was undeniably endearing, his resilience heartening. After everything he survived, it is deeply upsetting for those who knew him that he died in this way.

I cannot find it in my heart to blame the actions of the APU, though I do not doubt that they are currently being dragged through the mud on various platforms. I hope that lessons were learnt and that his death was not entirely in vain.

I am sorry, Hosana, for how things ended. You inspired a love of Africa and her creatures in people of every generation across the world, and I hope that when the grief is less raw, your legacy will continue to drive that passion and bring people together. I donated to a rehabilitation and anti-poaching organisation in your memory because, to me, you were the essence of the wild, and now, more than ever, the wild needs our support.

Want to send your tributes to Hosana? Join the club to share your memories and tributes below. Learn how below this story.

Read about Hukumuri, another leopard made famous by live safaris, who died last year.

Jamie was born in South Africa and grew up exploring the country’s wild spaces at every available opportunity. On successfully completing her honours in law at the University of Cambridge, she returned home and dove headlong into the wilderness, working as both a research and trails guide. Jamie also spent several years as a wildlife television presenter for NatGeo Wild and SafariLIVE in the Lowveld of South Africa and the Maasai Mara in Kenya. A desire to tell Africa’s stories as they deserve to be told led her to Africa Geographic, where she now works as the scientific editor. Jamie is currently completing a degree in Veterinary Science at the University of Pretoria.