Posted on January 12, 2023 by teamAG in the Decoding Science post series.
ShareTweetPinEmailShareShareLinkedIn 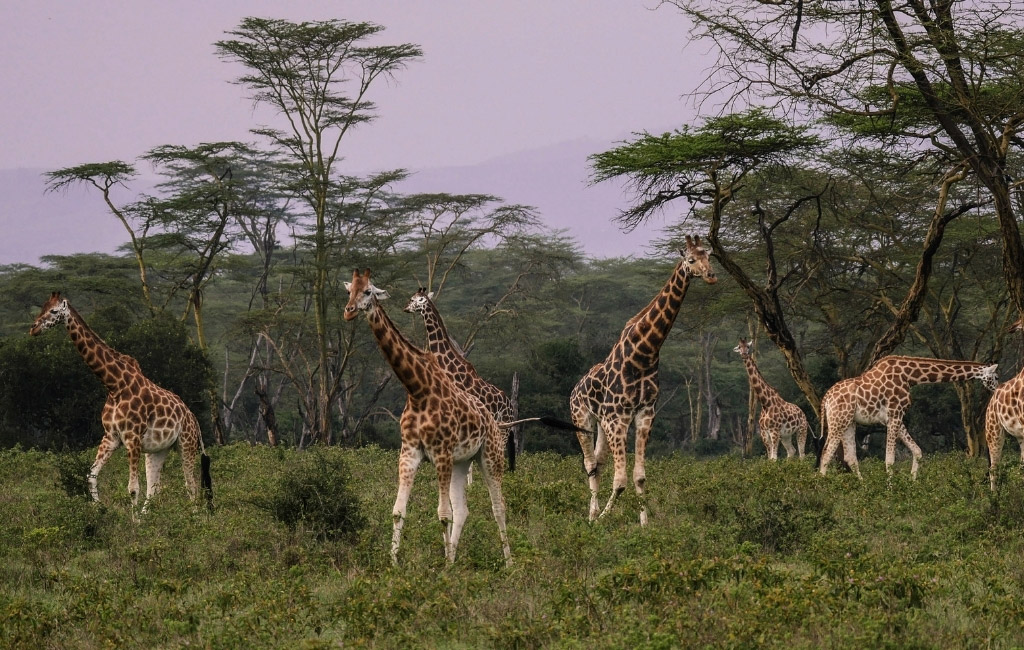 Our understanding of wild animal behaviour is ever-evolving. Analysis of available research reveals what many experts have been suggesting for decades: giraffe probably have a complex social structure that is not dissimilar to elephants.

Studying the nuances of their social structures is a complex process but is vital to unravelling evolutionary histories and designing effective conservation measures. For most large mammals, we have at least a rudimentary grasp of their social ethology. Yet, despite being one of the largest mammals on earth, the giraffe seems to have flown under the radar for an astonishing amount of time.

Until the 2000s, behavioural ecologists described giraffe as “socially aloof” (Estes 1991). The perception was that their groupings were fluid in nature, with no lasting bonds between individuals. Interpreting their social cues has been further complicated by the subtleties of their communication. Elephants and carnivores, for example, exhibit a range of vocal and body language signals that aid in interpreting the dynamics between individuals. On the other hand, giraffe are largely silent (though they do hum at low frequencies below human hearing) and apparently inexpressive. To this day, giraffe communication systems are poorly understood.

In order to investigate giraffe social structure, researchers from the University of Bristol conducted a review of 404 scientific papers on the behaviour and social organisation of giraffe. They aimed to test the hypotheses that giraffe have complex cooperative social systems and that these are matrilineal. In other words, whether or not giraffes form stable groups of females, whether females stay in their natal groups while males disperse and if, within female groups, individuals play a supportive role in raising and protecting calves.

The researchers found that giraffe group sizes usually consist of between three to nine individuals, though lone animals were often recorded. The groups were most likely to be kin (with the strongest association between mothers and grown offspring). In many instances, these associations remained stable for years and often consisted of three generations of related individuals. These matrilineal groups themselves seem to exist in a larger, more fluid society, with groups of related females associating with each other or males within their range. Giraffe mothers have been observed leaving their calves in a creche cared for by another adult. Cows also show distress behaviours following the death of another individual’s calf. These behaviours strongly suggest that giraffe cooperate during breeding.

The authors’ investigation also demonstrated that giraffe spend up to 30% of their lives in a post-reproductive state – similar to humans and some whales, which survive past the cessation of fertility. Female elephants and giraffe are capable of reproducing right up until the end of their natural lives but their fertility declines as they age and the time between successive calves increases considerably. The ‘Grandmother hypothesis’ (a theory that explains this phenomenon) suggests that post-reproductive peak females survive to help raise successive generations. Though this theory has received the usual degree of scientific disagreement, the finding emphasises the potential importance of older giraffe. As seen in elephants, it is possible that these old females are instrumental as repositories of knowledge, which may help giraffe survive times of drought or famine.

With giraffe populations in freefall (see Giraffes: The Silent Extinction), research such as this is essential in designing successful conservation interventions and encouraging the recognition of their levels of intelligence and complexity. Though further research is needed to fully unravel the intricacies of giraffe social structure, it is evident that they are not nearly as simple as once believed. The implications of this newfound understanding extend not just to interpreting the lives of females but also older males. Again, similar to elephants, the bulls may also have an important social role, and their selective removal (such as through hunting or culling) could have far-reaching effects.

As co-author Dr Zoe Muller explains, “Conservation measures will be more successful if we have an accurate understanding of the species’ behavioural ecology. If we view giraffes as a highly socially complex species, this also raises their ‘status’ towards being a more complex and intelligent mammal that is increasingly worthy of protection.”

The full paper can be accessed here: “A review of the social behaviour of the giraffe Giraffa camelopardalis: a misunderstood but socially complex species“, Muller, M., Harris, S., Mammal Review