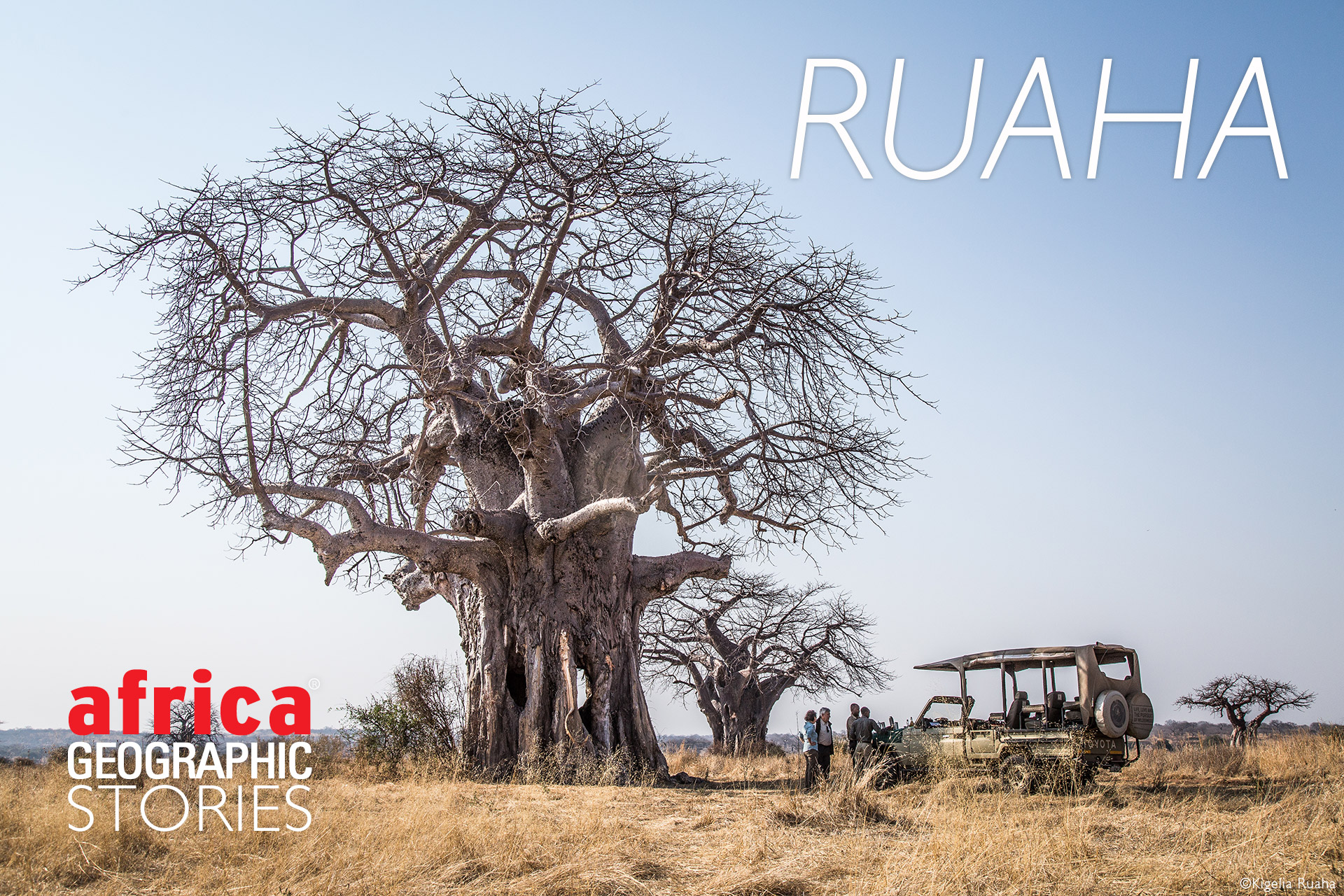 Legend has it that there was once a young baobab, the first of its kind, growing near a small waterhole. The baobab spent many hours admiring its attractive neighbours – the elegant, fanned palms and luscious green fig-trees, verdant sausage trees with their bright profusion of pink flowers and darkly mysterious jackalberry trees. Finally, the day came when the young baobab was tall enough to spy its reflection, and it was horrified by what it saw. Instead of the lean, sophisticated figure it had imagined, it was bulbous and bulging, with wrinkled bark and tiny, nondescript flowers. Offended by this perceived injustice, the young baobab complained and complained to the creator until its perpetual whining reached a fever pitch and the tree found itself ripped from the ground and flung back into the earth, head first, far from water, never to see its reflection again. Nowhere else is this more evident than Ruaha.

Looking upon the baobabs scattered across the plains of Ruaha National Park in Tanzania, it is not hard to see why these mysterious “upside-down” trees have been the inspiration for countless such legends. The ancient baobabs are just part of the scenic beauty of Ruaha; an untamed wilderness that is perhaps one of Africa’s best-kept secrets.

The National Park and the larger ecosystem

Ruaha National Park is now over 20,000km² (2 million hectares), thanks to the inclusion of Usangu Game Reserve and important wetland spaces into the park in 2008. The semi-arid park is one of the largest protected areas in East Africa and is just part of a vital ecosystem in central Tanzania which includes Muhesi, Kisigo and Rungwa Game Reserves, as well as surrounding Wildlife Management Areas and community regions. The entire Ruaha landscape extends close to 50,000km² (5 million hectares) and, according to the Ruaha Carnivore Project, is home to around a tenth of the world’s lions, as well as the largest elephant population in Tanzania. The unfenced landscape and large numbers of wildlife have resulted in some of the highest levels of human-wildlife conflict in Africa, with several organizations working to mitigate these effects.

The park is named for the Ruaha River which flows through the Great Rift Valley and, along with a few larger tributaries, this river is one of the only permanent water sources in the park. No doubt the existence of this central river system is just one of the reasons why the greater Ruaha ecosystem has a rich and complex history. The first trade routes used by Arab caravans travelled through what is now the park, and, in later years, early European explorers followed these paths as well. In the late 19th century, the celebrated Chief Mkwawa of the Hehe people resisted German attacks before eventually fleeing to the rocky outcrops in the park. 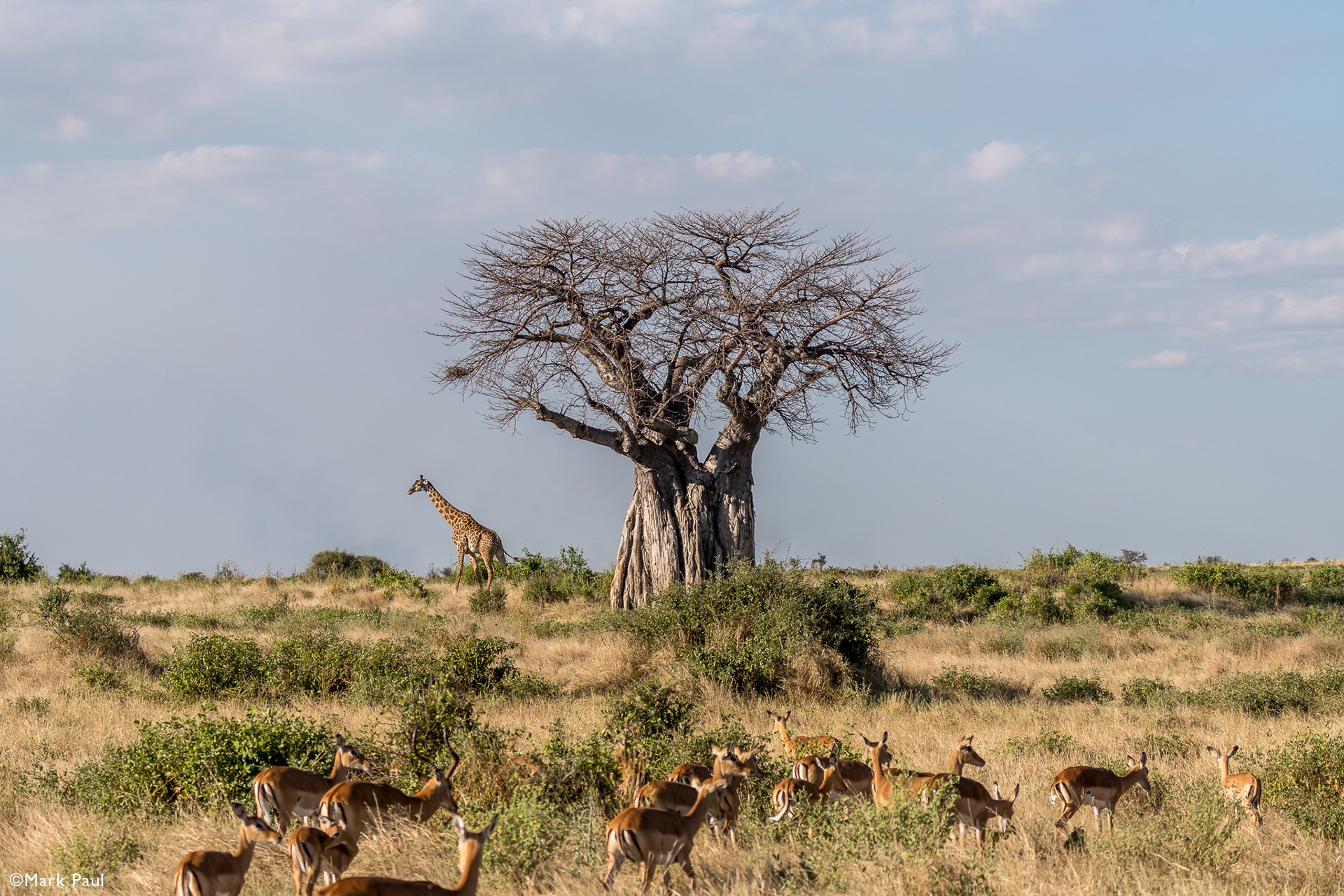 These rocky outcrops are just one aspect of the dramatic scenic variety of Ruaha, which straddles the transition between open East African savannahs and Miombo woodland. The rivers are probably the main attractions, flowing through steep rocky gorges in sections before stretching out lazily to create wide, sandy beaches fringed by towering palm trees. There are two rainy seasons in Ruaha, similar to the seasons in the Serengeti and Maasai Mara, with ‘short rains’ falling during November and December and the much heavier downpours of the ‘long rains’ occurring in March and April. During some years this distinction is quite blurred and the rainy season extends from November until April. The dry season runs from June until October, and it is during this period that the rivers become all-important to the wildlife of Ruaha and large herds of elephants, giraffe, buffalo, kudu and impala are drawn to the water, trailing predators in their wake. 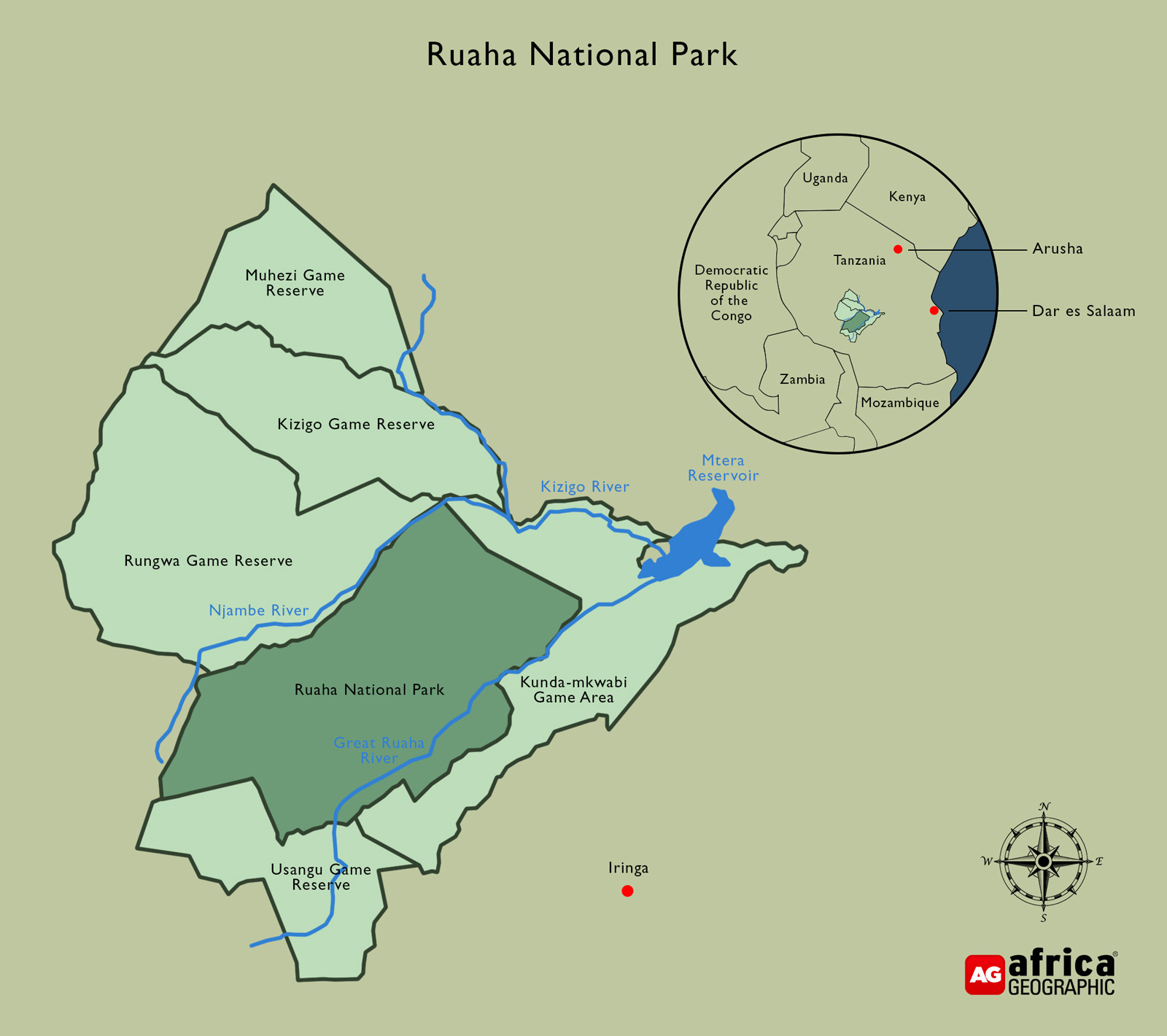 Away from the rivers, the Ruaha scenery is no less impressive. The ancient baobab trees are among some of the largest in Africa and are essentially self-contained ecosystems in their own right. Fruit bats pollinate them, and their hollows serve as nest sites for anything from owls to ground hornbills and are home to countless reptiles, insects, and bats. The succulent-like capacity for water storage in the bark of the baobab, and their delicious, nutritious fruits makes the baobabs truly irresistible to elephants. Even these giants of Africa are dwarfed by the massive trees towering over them. Some of these baobabs even have old spikes driven into their bark to make ladders for the previous human occupants of the park to harvest honey from beehives. 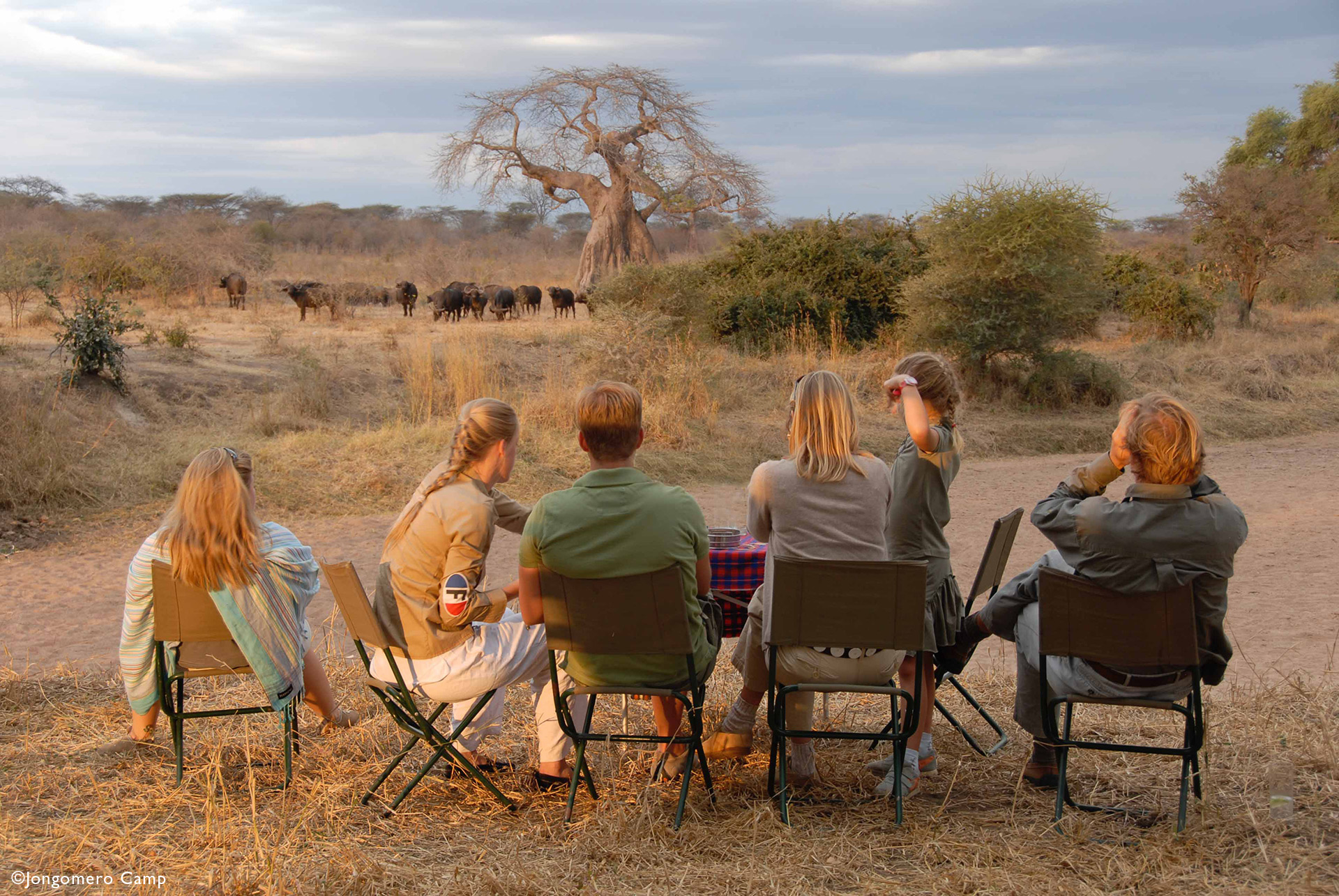 As already mentioned, Ruaha is said to be home to some 10% of the world’s lion population and is listed as one of Tanzania’s Lion Conservation Units, with regular sightings of large lion prides of 20 or more individuals. Leopard, cheetah, spotted hyena and painted wolf (African wild dog) sightings are also frequent, especially when the prey species are forced to congregate close to water. Lucky visitors might even have a chance to spot the elusive striped hyena. Elephant sightings are a given and, though they tend to be more dispersed during the drier months (probably to avoid over-utilizing an area), the rainy season can see combined herds of hundreds of elephants moving together. Ruaha National Park is also one of the few places where greater and lesser kudu occur together.

Not to be outdone, the birdlife is equally varied, and over 570 different species have been recorded in the park due to the diverse habitats of the ecosystem. While the dry season may be the best time for mammal sightings, the rainy months offer the best birding opportunities as seasonal migrants like the sooty and Eleonora’s falcons move through the area. Black eagles, ashy starlings, black-masked and yellow-collared lovebirds and the Ruaha hornbills (Tanzanian red-billed hornbill) are all resident in the area; and the inclusion of the Usangu swamps means exciting new opportunities for enthusiastic birders. Those that do wish to visit the swamp need to do so by arrangement with the park management, as most of it is still inaccessible for now. 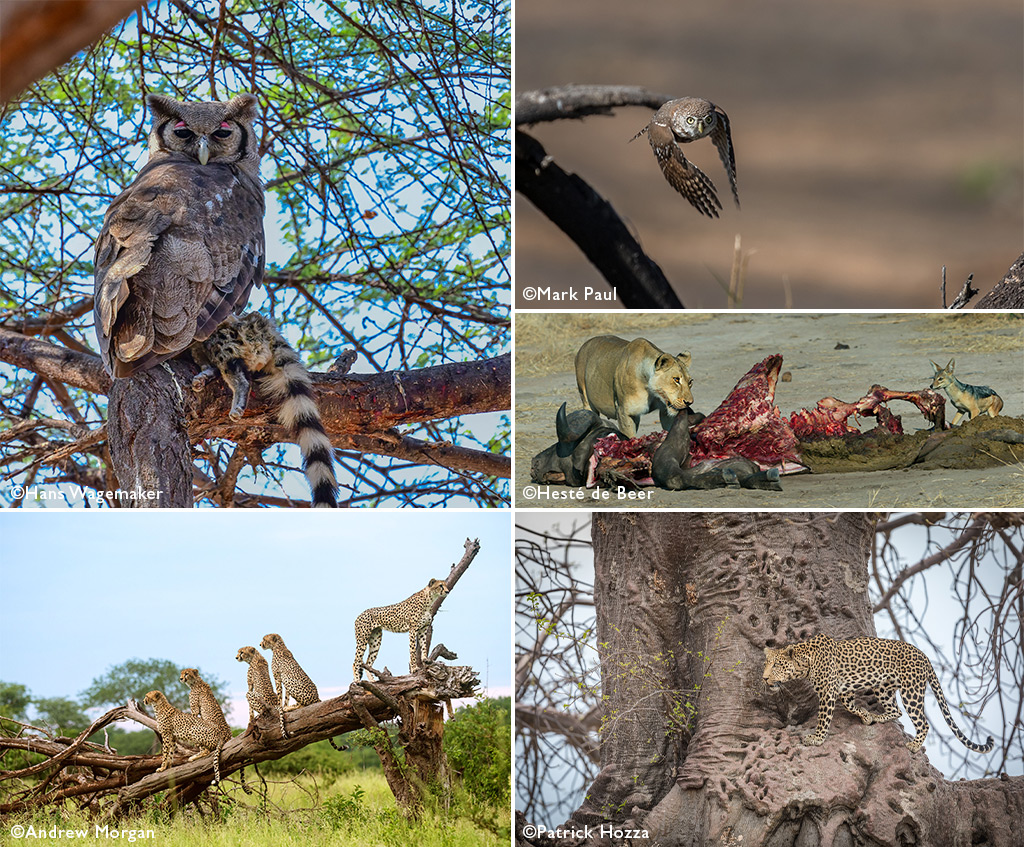 Best of all worlds

As is the case with most national parks, there are a wide variety of accommodation options to suit most budgets, with the added appeal that the park rates are lower than the more popular reserves of East Africa. While it is possible to self-drive through the park, the more exclusive lodge options will offer more ways to explore the extraordinary landscape, including providing expertly guided drives, night drives, photographic guidance and walking safaris. The park’s proximity to the enormous Selous Game Reserve also makes it possible to combine trips into one all-encompassing safari experience. 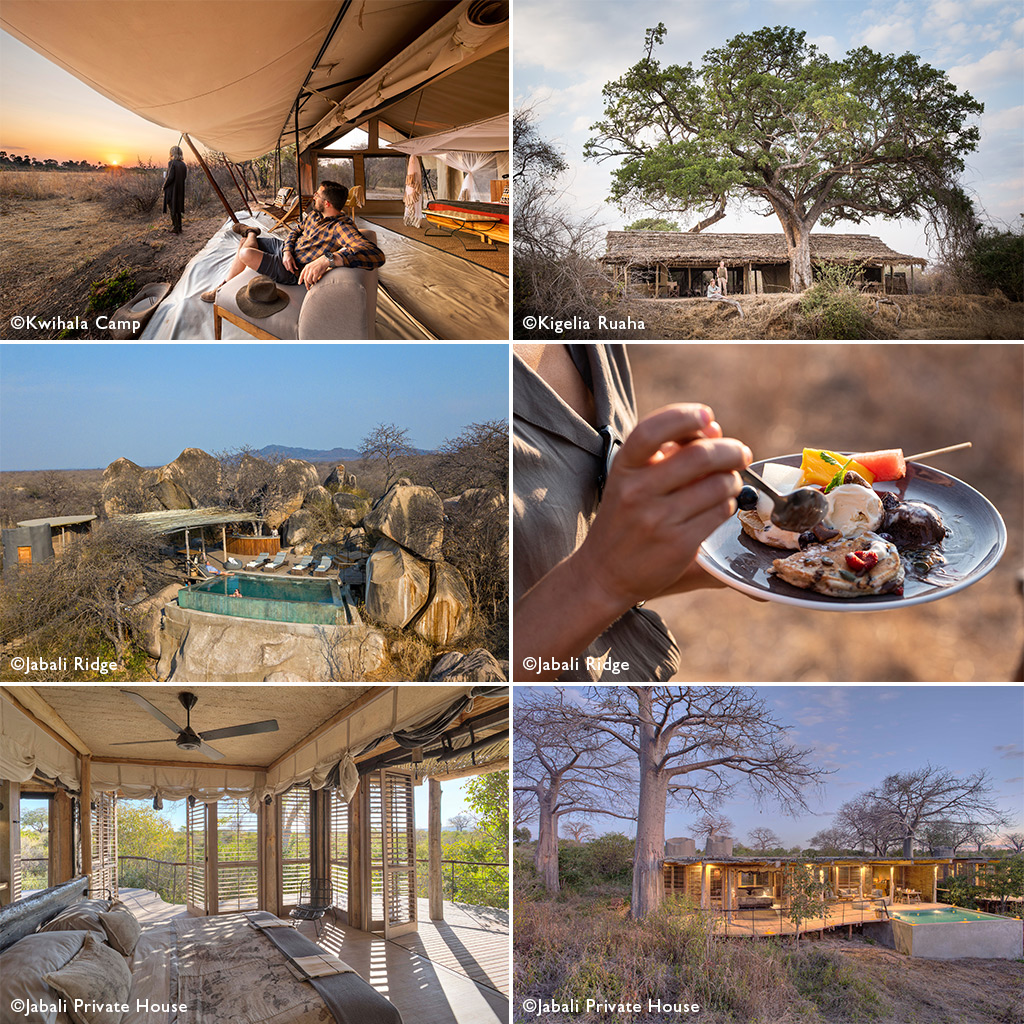 While names like Serengeti and Maasai Mara may dominate the safari scene in East Africa, Ruaha National Park is perhaps East Africa’s best-kept secret. Those who go to the effort of travelling slightly off the beaten track are well rewarded with a truly wild, untouched piece of Africa at her finest and, best of all, very seldom have to share with others. For those searching for a pure safari experience, unsullied by modern development and crowds of tourists, Ruaha National Park offers the perfect combination of breath-taking beauty, a profusion of predators and an unparalleled sense of isolation and peace. 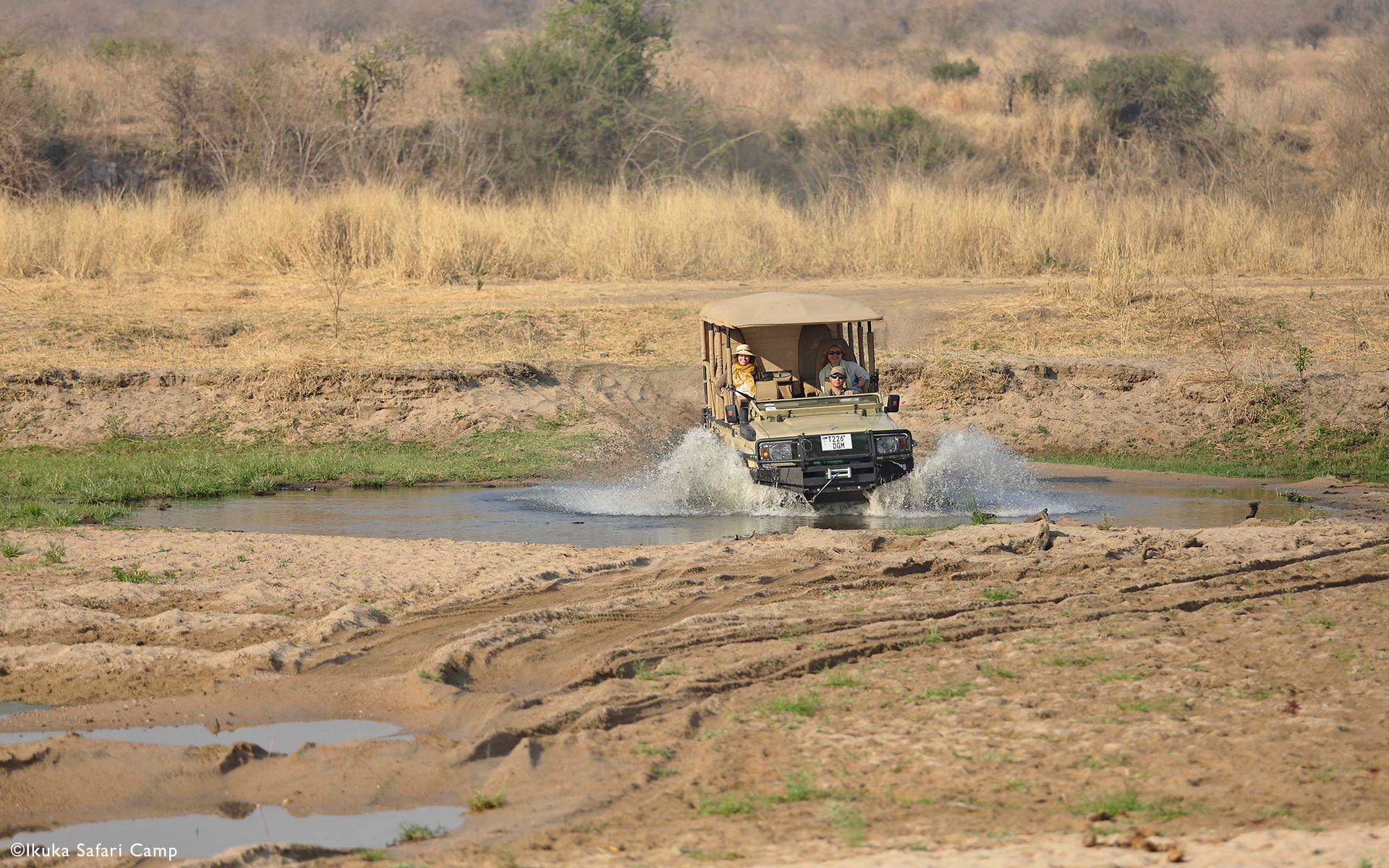