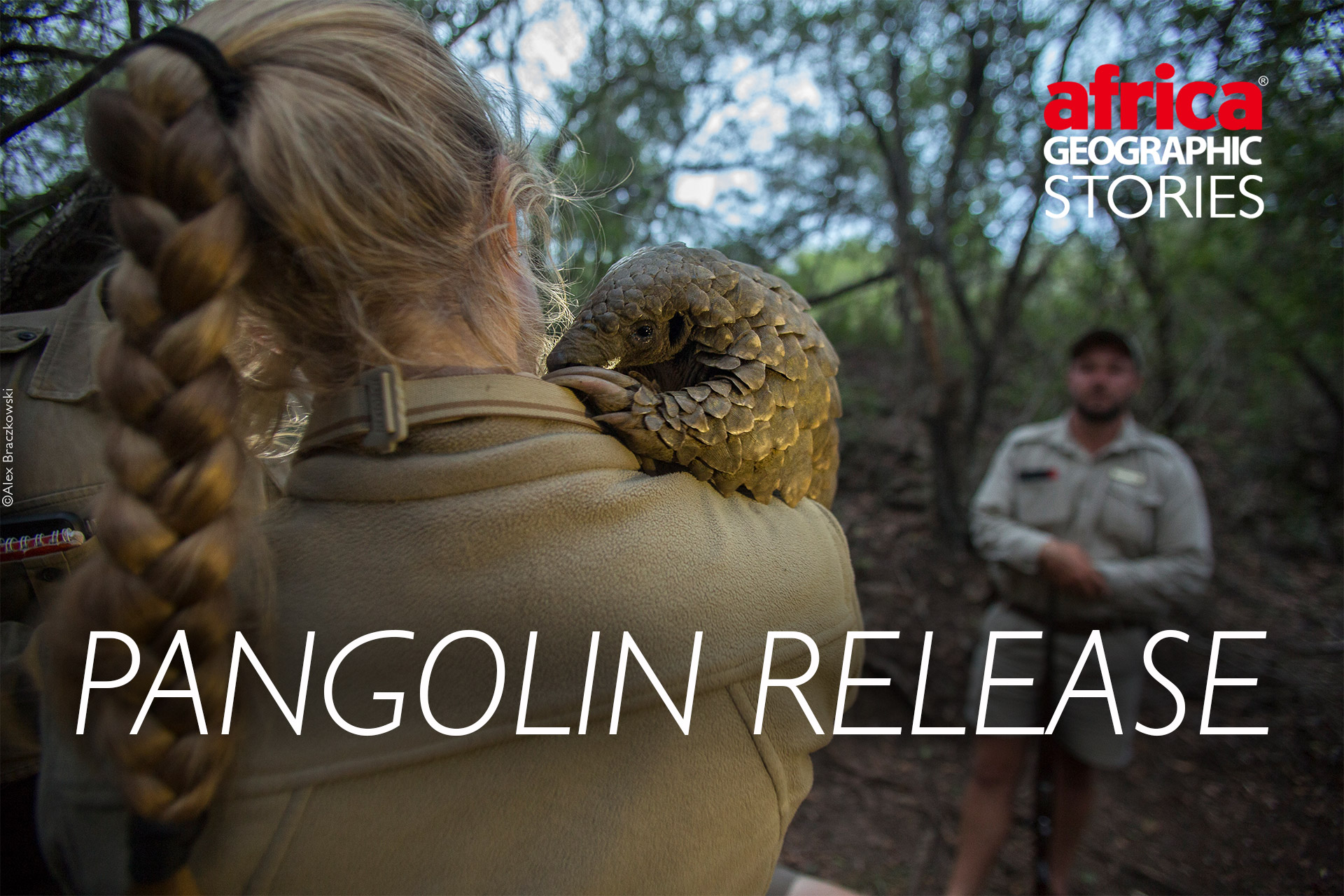 Rescued pangolins given a rare second chance in conservation first

Pangolins are entirely inoffensive, remarkable creatures: shy, solitary, and slow-moving, they are entirely reliant on their tough keratin scales to protect them against potential predators. Unfortunately for pangolins, these scales cannot save them from the main threat to their very existence. Pangolins are the most trafficked animals on the planet, prized for their meat and the (entirely false) attribution of medicinal properties to their keratinous scales, blood, and foetuses.

This ever-increasing demand drives the poaching of hundreds of thousands of pangolins every year throughout Africa and Asia, resulting in local extinctions and threatening remaining populations. Yet there are organisations dedicated to protecting these unique creatures and now, in a world first, conservationists have managed to successfully release 7 Temminck’s (ground) pangolins back into the wild where they were previously extinct. These “Phinda pangolins” are the first pangolins to exist in Kwa-Zulu Natal since the 1980s. 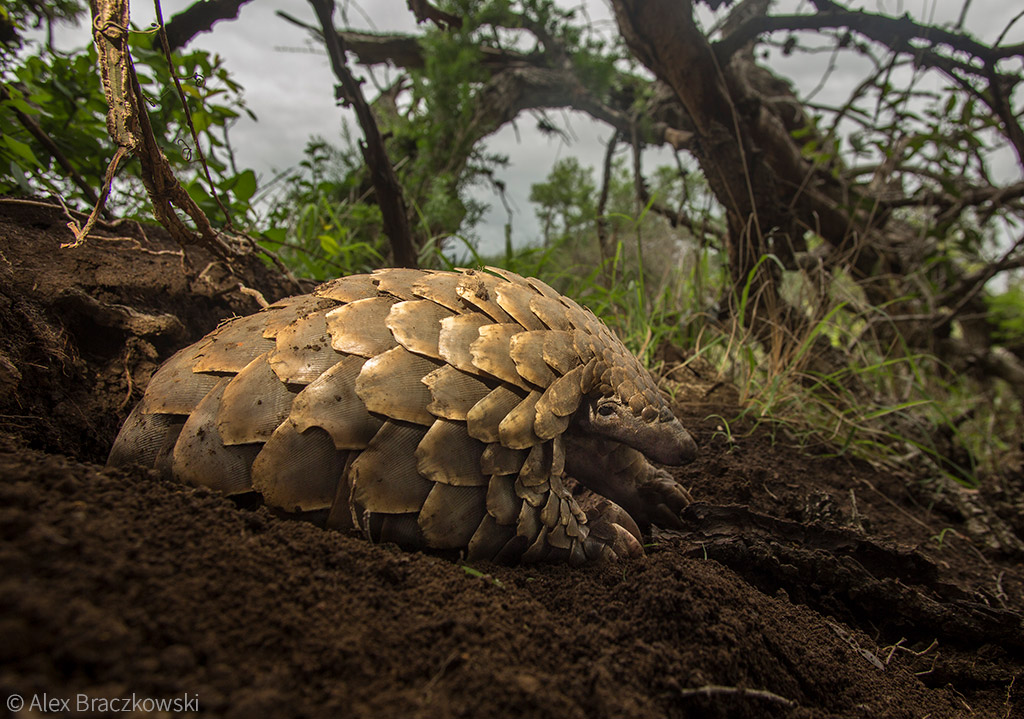 Each individual Phinda pangolin has its own tragic story, and all were rescued through the combined efforts of the African Pangolin Working Group, police units belonging to the Endangered Species Unit, Organised Crime and K9, as well as the Green Scorpions and the Hawks. The African Pangolin Working Group rescues 20 to 40 pangolins every year during sting operations, and these hapless pangolins are always extremely dehydrated and malnourished, often with underlying infections such as pneumonia. Many have been without food and water for up to two weeks. These individuals are rehabilitated through the extensive efforts of the Johannesburg Wildlife Veterinary Hospital, a non-profit organisation that is at the forefront of treating rescued pangolins that have been kept under appalling conditions. 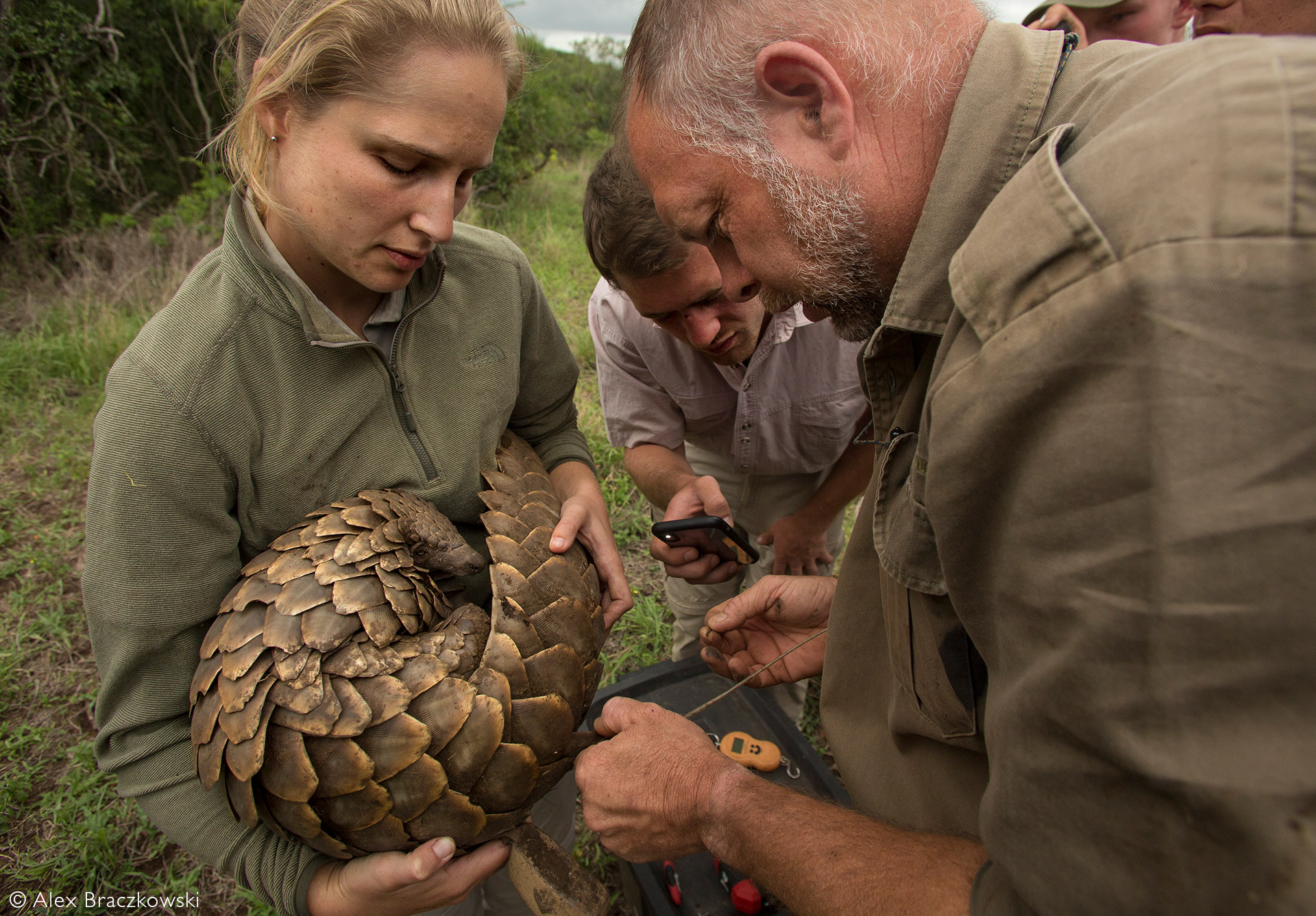 Once fully rehabilitated, these seven pangolins were selected as part of a much larger initiative that is intended to establish a viable population of Temminck’s pangolin in Kwa-Zulu Natal, reversing the anthropogenic extinction. With this in mind, the sexes of the pangolins were carefully considered to give this population the best possible start – four females and three males were chosen as the first of hopefully many. 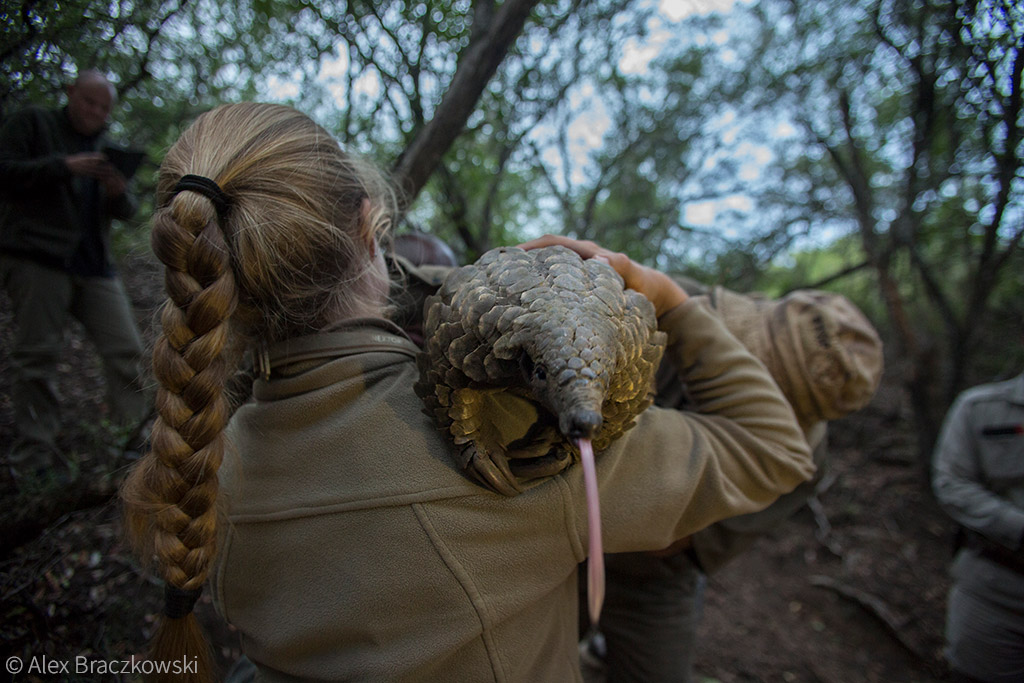 Releasing pangolin back into the wild can be a challenging business, yet it is an indispensable aspect of their overall conservation. &Beyond Phinda Private Game Reserve was chosen as the release site for several reasons. Most importantly, it is a suitably large area with an expert monitoring team on the ground. Pangolins can cover vast distances, especially those that have been released into a new area, and this creates a potential threat to their chances of survival. Allowing them to wander off through fences, across roads and into community areas or surrounding farms was simply not an option. The expert team at Phinda was available to ensure that this was not allowed to happen.

Each pangolin was fitted with two tracking devices to make it easier to track their progress as they adapted to their new home. A VHF transmitter allowed the monitoring team to track them using a hand-held receiver, and a satellite transmitter allowed for long-range monitoring. This is a costly process, but experience has taught researchers that VHF monitoring alone can be tricky if the pangolins decide to go on a long walk. The small tracking device packs, with a combined weight of just 250g, were secured by drilling small holes into the scales on the pangolins’ backs (a reminder that these scales are keratin, so the pangolin doesn’t feel anything) and then held in place by a small screw or epoxy resin. The result is a set-up small enough that it doesn’t impede the pangolins’ day to day behaviour but sufficiently secure so as not to be accidentally dislodged. 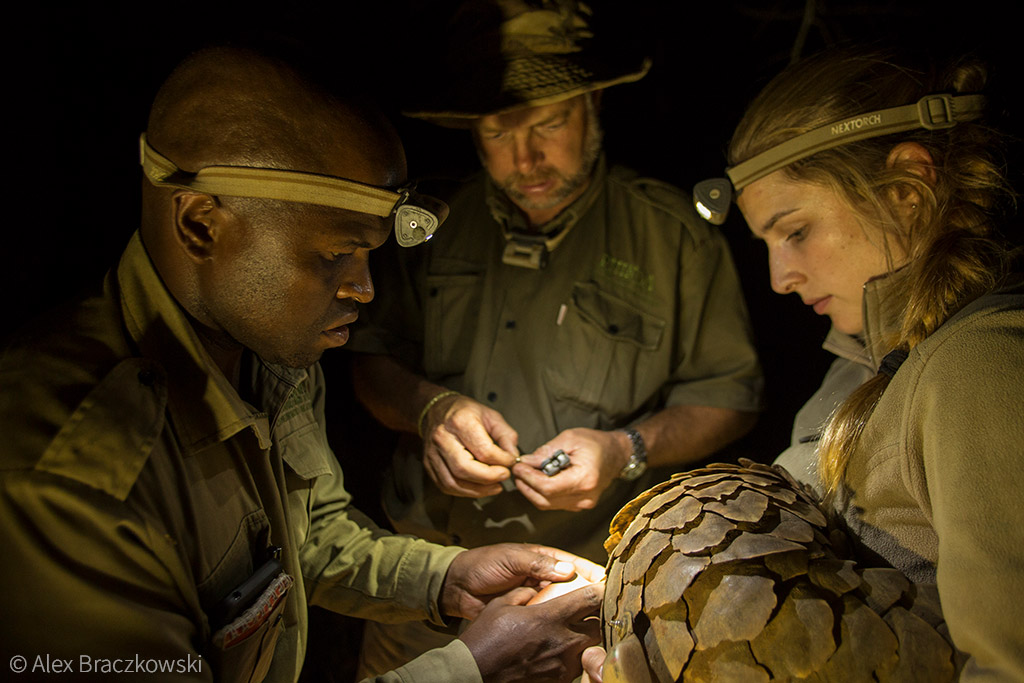 The diet of the Temminck’s pangolin is highly selective, consisting of a small subset of termite and ant species. In the past, rescued and released pangolins have failed to survive, often because they did not know the area and were unable to adapt to their new homes and find food. In this instance, the release team was determined that this would not be the case, and they developed a specific standard operating procedure for the release and how the pangolins would be monitored subsequently. Before the pangolins were released onto the reserve, they spent up to three weeks in an “acclimatisation” phase, where they were taken on daily walks to become accustomed to their new home. Once released, the pangolins were extensively monitored for months – initially daily, then twice weekly. The &Beyond team now continues to monitor them, with regular weigh-ins to ensure that the pangolins are healthy and well-fed. Sadly, while all seven pangolins survived the initial six-month post-release, one died due to illness, and a crocodile killed another. 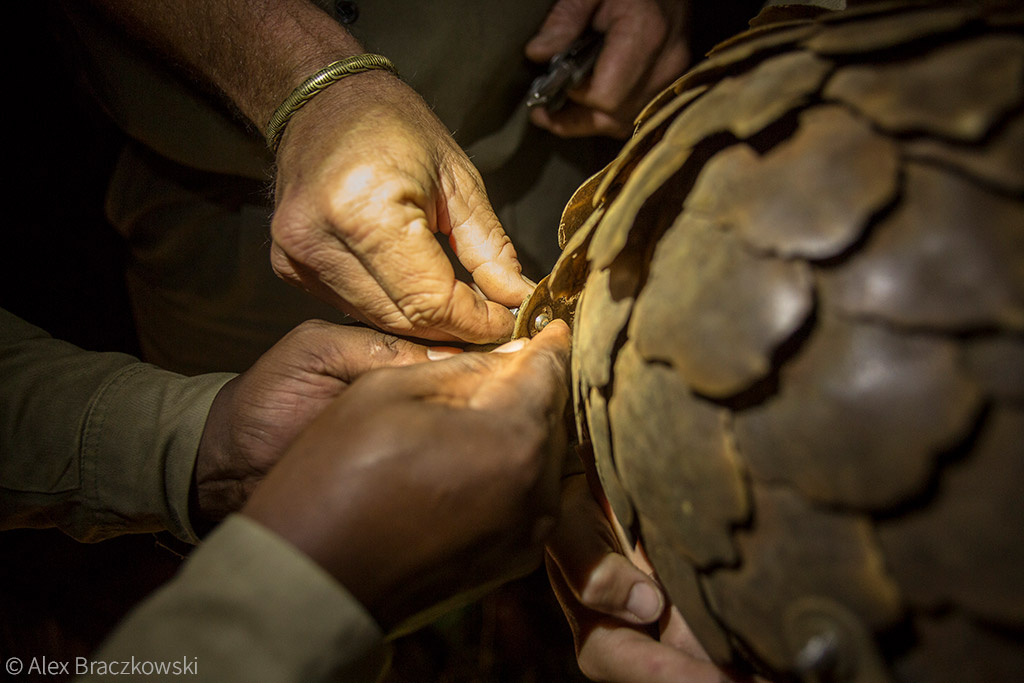 Nevertheless, the survival of the remaining five pangolins is a triumph in the otherwise grim world of pangolin conservation. Phinda reserve manager Simon Nayler explains that “it is still early days, but initial efforts have shown the reintroduction of these stressed animals is positive and can be done”. He describes it as a privilege to see pangolins in Kwa-Zulu Natal once again. This project could run for decades, as Professor Janssen of the African Pangolin Working Group explained to the Africa Geographic team, as more pangolins are released into suitable areas of Zululand, effectively reversing a local extinction. And for the five individual Phinda pangolins, it means a second chance to live out their lives in the wild. 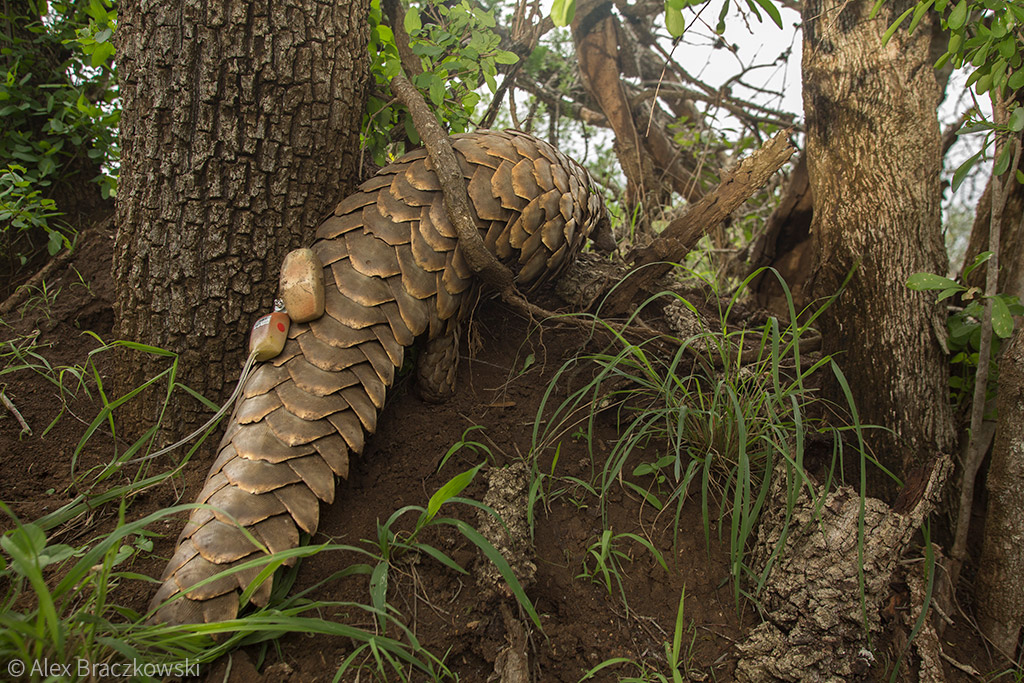 The project would not have been successful without the combined efforts of the African Pangolin Working Group, the South African Police Service, the Department of Environment, Forestry and Fisheries, KZN Wildlife, the Johannesburg Wildlife Veterinary Hospital and &Beyond Phinda Private Game Reserve.

Further reading: Pangolins – The Most Trafficked Mammal on Earth 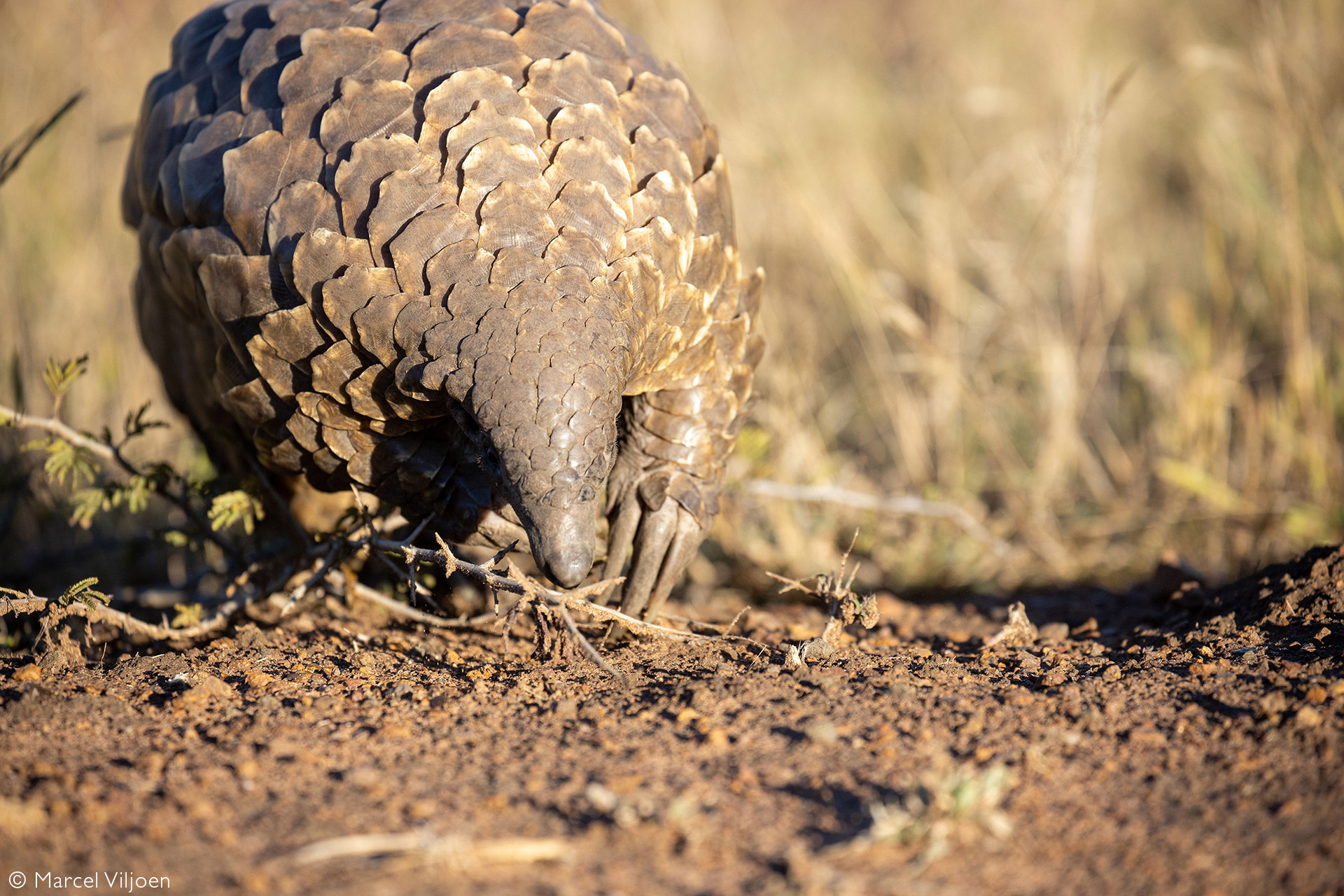