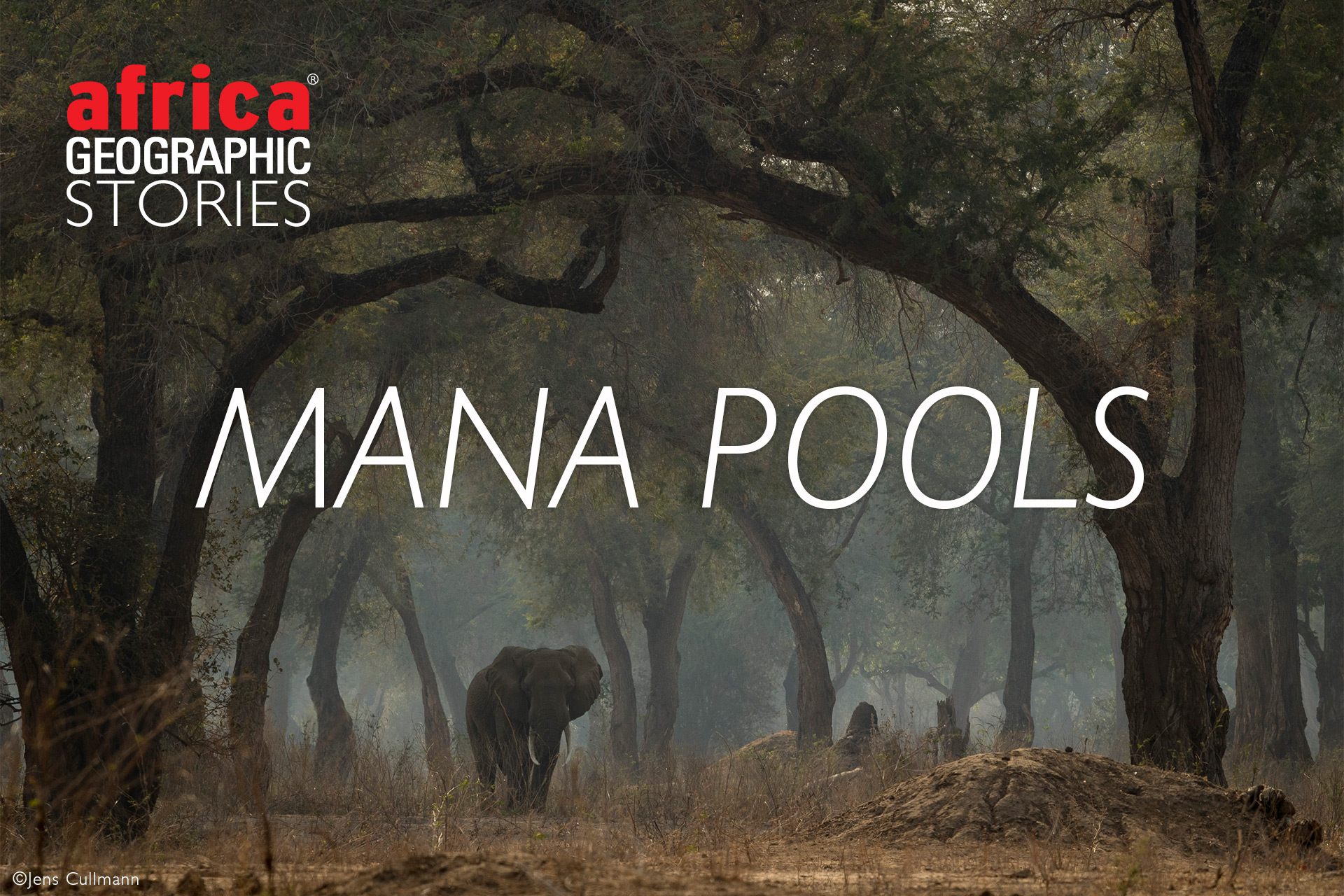 The allure of a safari adventure in Mana Pools is about far more than seeing lions, elephants and wild dogs; it is an experience that transcends spiritual barriers to create a sense of resonance with the land and her unique creatures. This connection is hard to find in our frenetic day-to-day existence, bombarded as we are by narrow information from brightly lit screens; which is why unfettered time spent in the wilderness acts as such a catharsis for the soul.

While there are many options available that offer this deliverance from daily reality, it is Zimbabwe’s Mana Pools National Park that truly epitomizes the salubrious and grounding effects of Africa’s untamed influence.

The Park and surrounds

Mana Pools National Park is a UNESCO World Heritage Site that encompasses 22,000km2 (220,000 hectares) of pristine African wilderness on Zimbabwe’s northern border, nestled between the Zambezi River to the north and the Zambezi escarpment to the south. The name ‘Mana’ comes from the Shona word for ‘four’, in reference to the four largest oxbow lakes – Main/Mana, Chine, Chisambuk and Long – remnants of a time when the mighty river flowed along a different route. On the floodplains, groves of Ana trees (Faidherbia albida) create the perfect photographic backdrop against which bull elephants stretch up to reach the nutritious seedpods, sometimes balancing on their hinds legs. The many islands, channels and sandbanks set the scene for the inevitable primordial battles for survival on their banks. 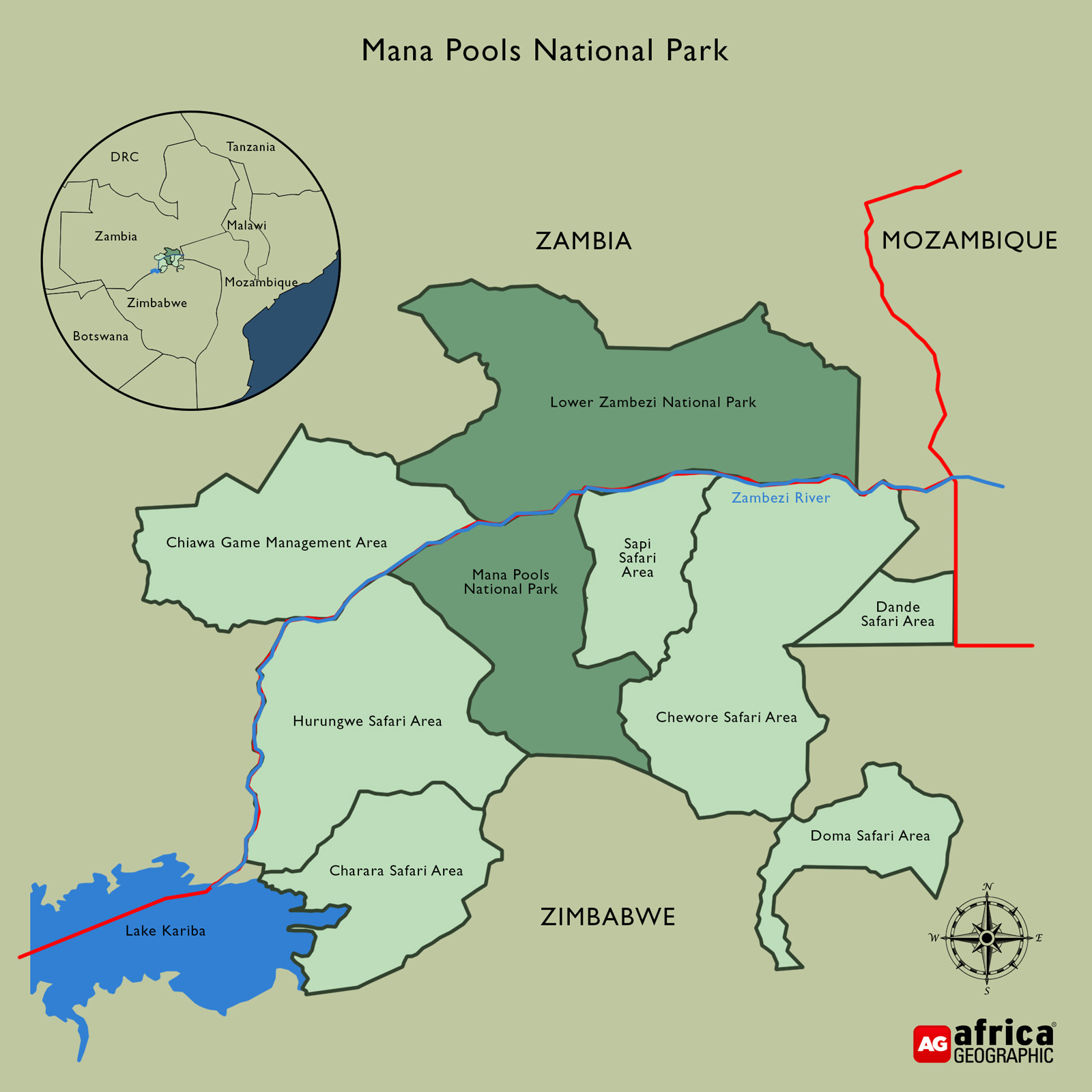 As one of the least developed parks in Africa, Mana Pools forms part of an enormous ecosystem and is contiguous with:

The total protected area equates to almost 1.7 million hectares of some of the most remote wilderness in Southern Africa. Some of the areas outside of the national parks are utilized for trophy hunting.

There are many safari locations where the iconic wildlife is accustomed the presence of humans, or at least humans in vehicles, but the animal occupants of Mana Pools take this relaxed approach to an entirely new level. None of the camps are fenced, and the park’s animal occupants are quite content to stroll through, at any hour of day or night. It is not uncommon to awaken in one of the more remote campsites to discover that a buffalo has decided to spend the night resting up against the side of your tent.

The wildlife viewing is spectacular, particularly during the dry season when large herds of elephants, buffaloes, zebras, waterbucks, and even eland and sable antelopes are drawn to the more permanent water sources. Naturally, the park supports the expected predators such as lions, leopards, cheetahs, and spotted hyenas but there is also the possibility of a rare glimpse of the shy brown hyenas. When it comes to predators, however, it is the painted wolves (African wild dogs) that have garnered the attention of regular safari-goers (more below). 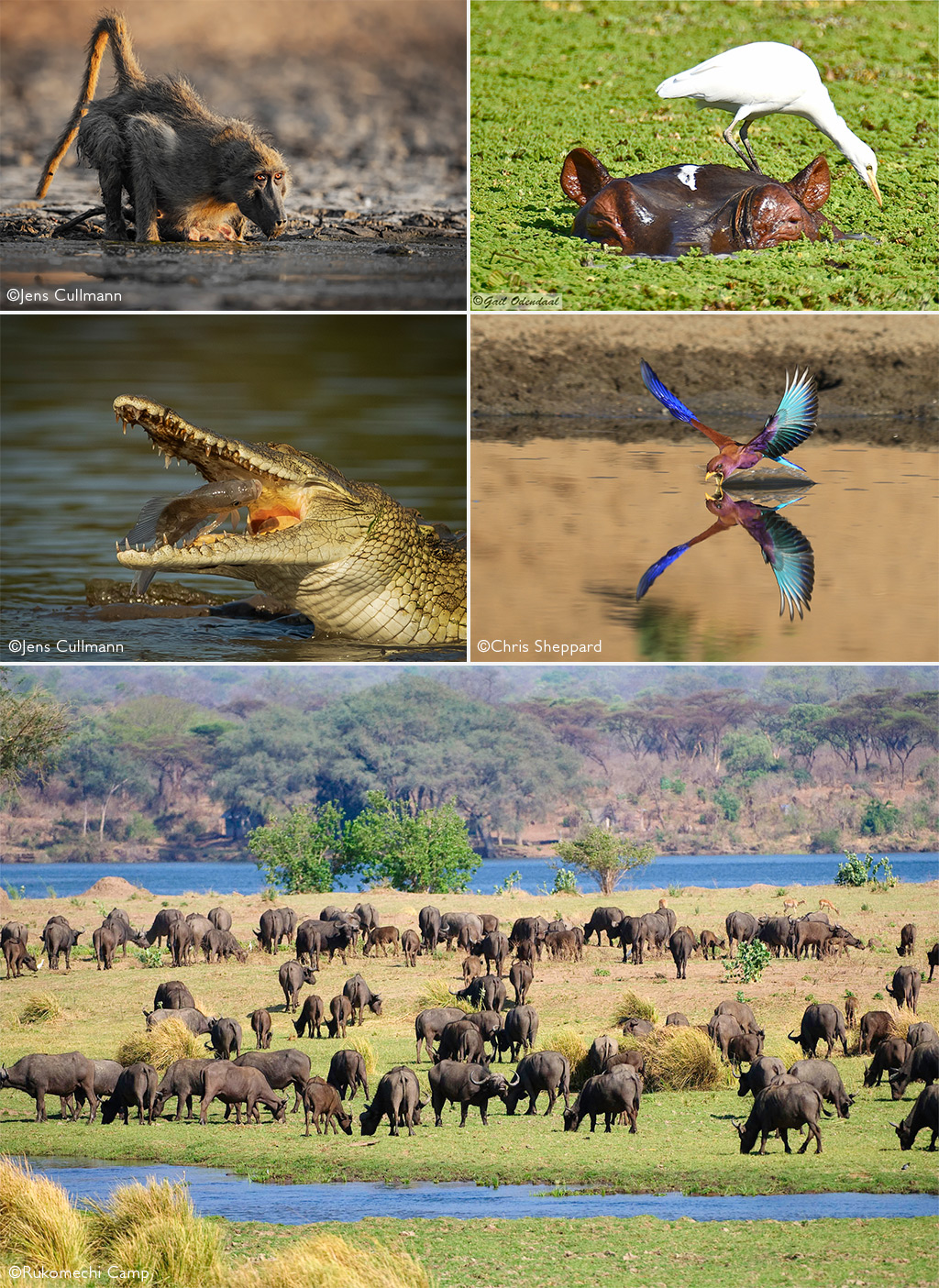 Only a small area of the park is covered by the road network, the rest can only be explored on foot or by canoe. In fact, Mana is the only national park in Africa with large dangerous wildlife where you are permitted to walk without a guide. Zimbabwe is home to some of the best-trained and most experienced (and possibly eccentric) guides in Africa, and it is in Mana that they truly come into their own.

With over 12,000 elephants in the greater Mana ecosystem, an encounter with these giant, sentient beasts on foot is almost inevitable, and there is nothing in the world that genuinely compares to looking up into an elephant’s dark, heavily-lashed eyes when all artificial barriers are removed. It is a moment when time stands still, a heart-pounding combination of hyper-awareness, awe and a small (mostly healthy, certainly rational) dose of terror. Fortunately, these elephants are so used to the almost reverential attention of tourists that they are mostly content to ignore the somewhat physically inept primates around them. However, like any wild creature, elephants have the potential to be exceptionally dangerous, and it is incumbent on the tourists that visit to ensure that they are treated with the respect that 6 tonnes will otherwise demand.

Quite aside from heart-pounding encounters with Africa’s deadliest, walking is possibly the best way to get the most out of a safari experience, especially in Mana, where its wide-open spaces and rich diversity of habitats make it a playground for adventure. Long-neglected senses suddenly come into play as the human body quickly reverts to instinctive alertness, with tracks crisscrossing the earth like a wilderness newspaper. This extraordinary freedom was once nearly lost thanks to the foolhardy and arrogant behaviour of a handful of inconsiderate tourists. Fortunately, though, sense prevailed, and Mana remains available for bushwalking. However, a self-guided walk on the wild side is not for the inexperienced and, in most cases, it is more advisable to secure the services of a professional guide. This is partly due to the dangerous nature of the surroundings but, more importantly, because a wealth of knowledge is essential to experience the nuances of a walking safari. 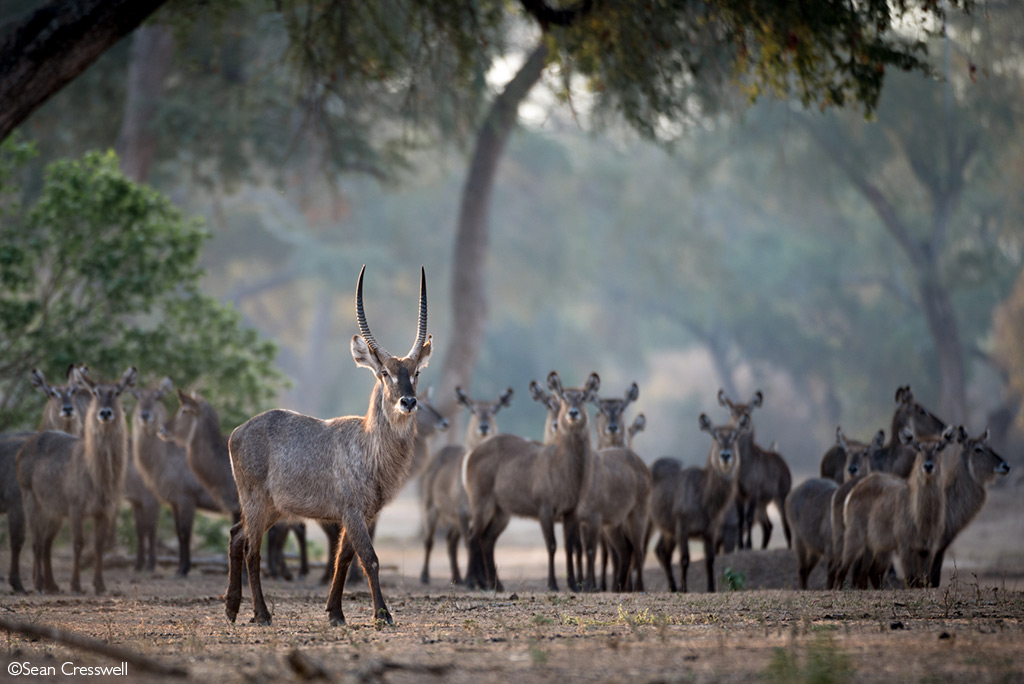 OK, so painted wolves are not really dogs. Or wolves. Read more about the name here. For our purposes, though, we will call them painted wolves. The painted wolves of Mana Pools are perhaps one of the park’s best known and loved aspects. There are two main reasons for this (apart from their documentary fame). The first is that, like the rest of Mana’s wild creatures, the painted wolves tend to be extremely comfortable with the company of humans, either on a vehicle or on foot. Nowhere else in the world is it possible to spend time at eye-level with one of the planet’s most endangered carnivores at this proximity. Once again, this privilege is not one that should be abused.

The second reason is that by Southern African standards, the vegetation of Mana is relatively sparse, especially on the floodplains. This is ideal when viewing these lithe little predators because, once they get going, they can be extremely difficult to follow as their tireless lope eats up the ground ahead of them. It is only truly possible to appreciate their extraordinary athleticism out in the open.

Their unexpected and unexplained tendency to hunt baboons is also a significant factor in their popularity, as this is behaviour rarely seen outside of the Mana Pools environment. 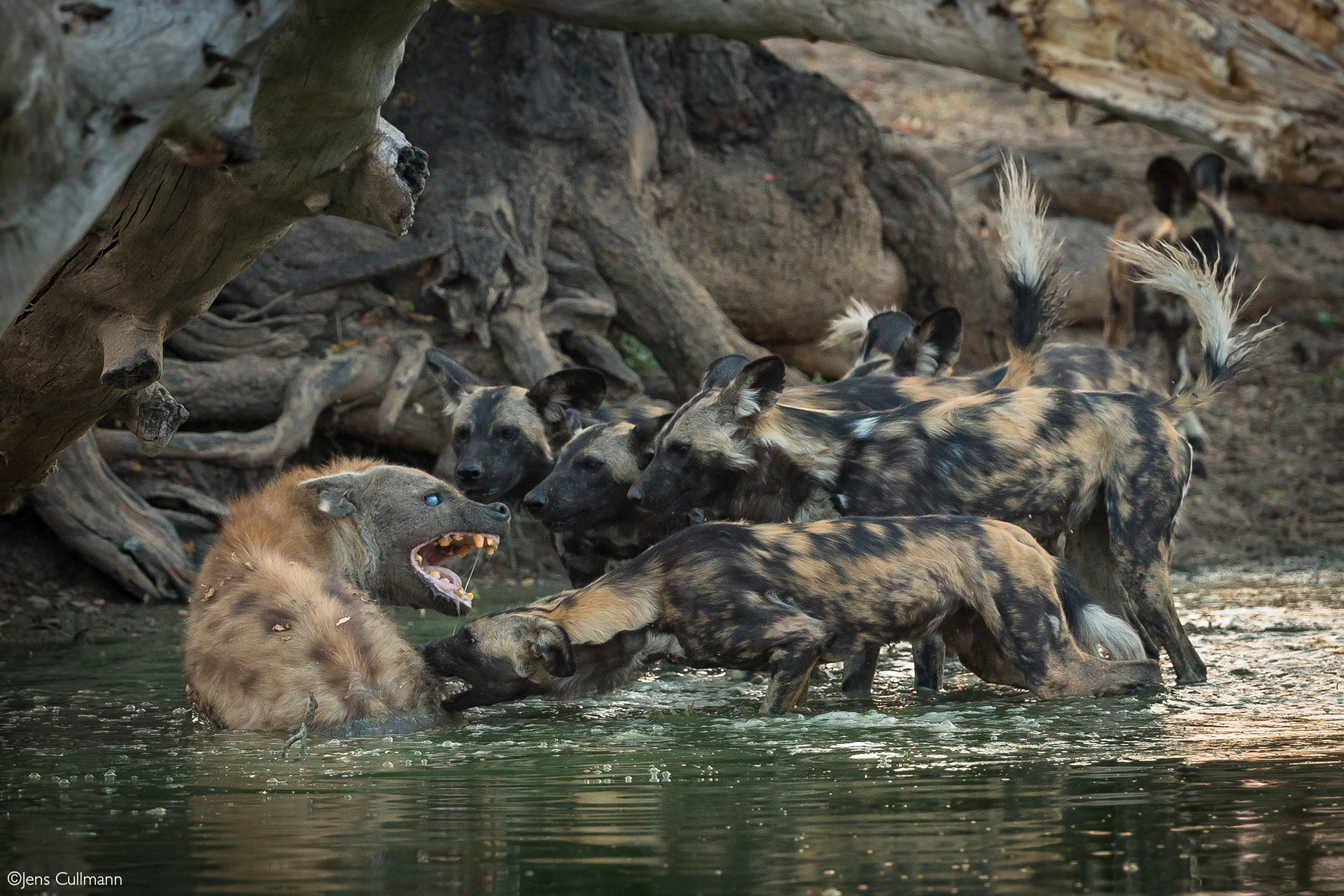 As the drought of the last few years has demonstrated, life in the national park is inexorably linked to water – whether the Zambezi River itself or the pools dotting the wetland region. The four pools that give Mana its name are found inland from the river, across the flood plains, and are filled with water long into the start of the dry season. The river itself teems with hippos, crocodiles, and sharp-toothed tigerfish and for those for whom that kind of thing holds some sort of appeal, it is possible to secure some of the best tiger fishing spots in Africa. Those who would instead do something more enjoyable can travel Mana’s waterways on a river cruise or even take the intimate approach of a canoe. This is a great way to explore the park from a different perspective, paddling peacefully past pods of hippos or perhaps watching elephants feeding peacefully on a nearby bank.

This is also an excellent way to enjoy some of Mana’s 380 bird species and, as carmine bee-eaters hawk overhead, keen birders can scour the banks for rufous-bellied herons and long-toed lapwings, or perhaps even spot a Pel’s fishing owl or African skimmer. 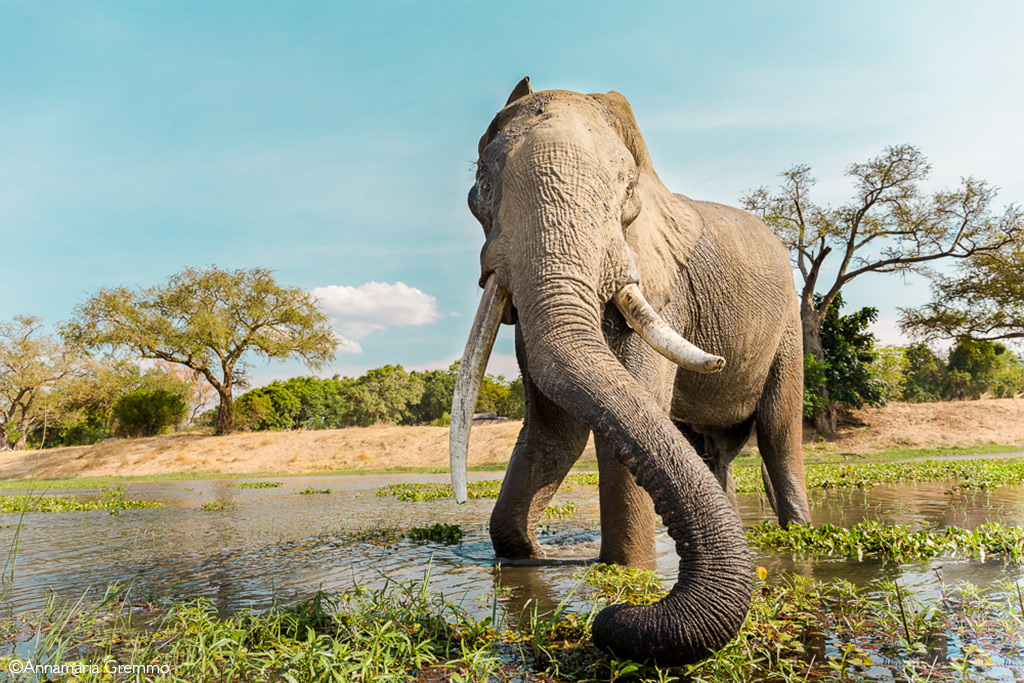 Remote and unspoilt though it may be, Mana Pools is not without luxury for those who would appreciate some pampering with their adventure. For those less luxury-minded (and possibly budget-restricted), there are several campsites to choose from, some of which are even positioned on the banks of the river itself. Booking ahead for the more private campsites is essential, as there are limited spaces available.

Mana Pools is a summer rainfall region, and many camps (and plenty of the roads) are closed during the peak of the rainy season from November until around March. The best time to visit (in terms of wildlife viewing) is during the dry season (between May and October) as animals congregate around the river and remaining water in the main pools. 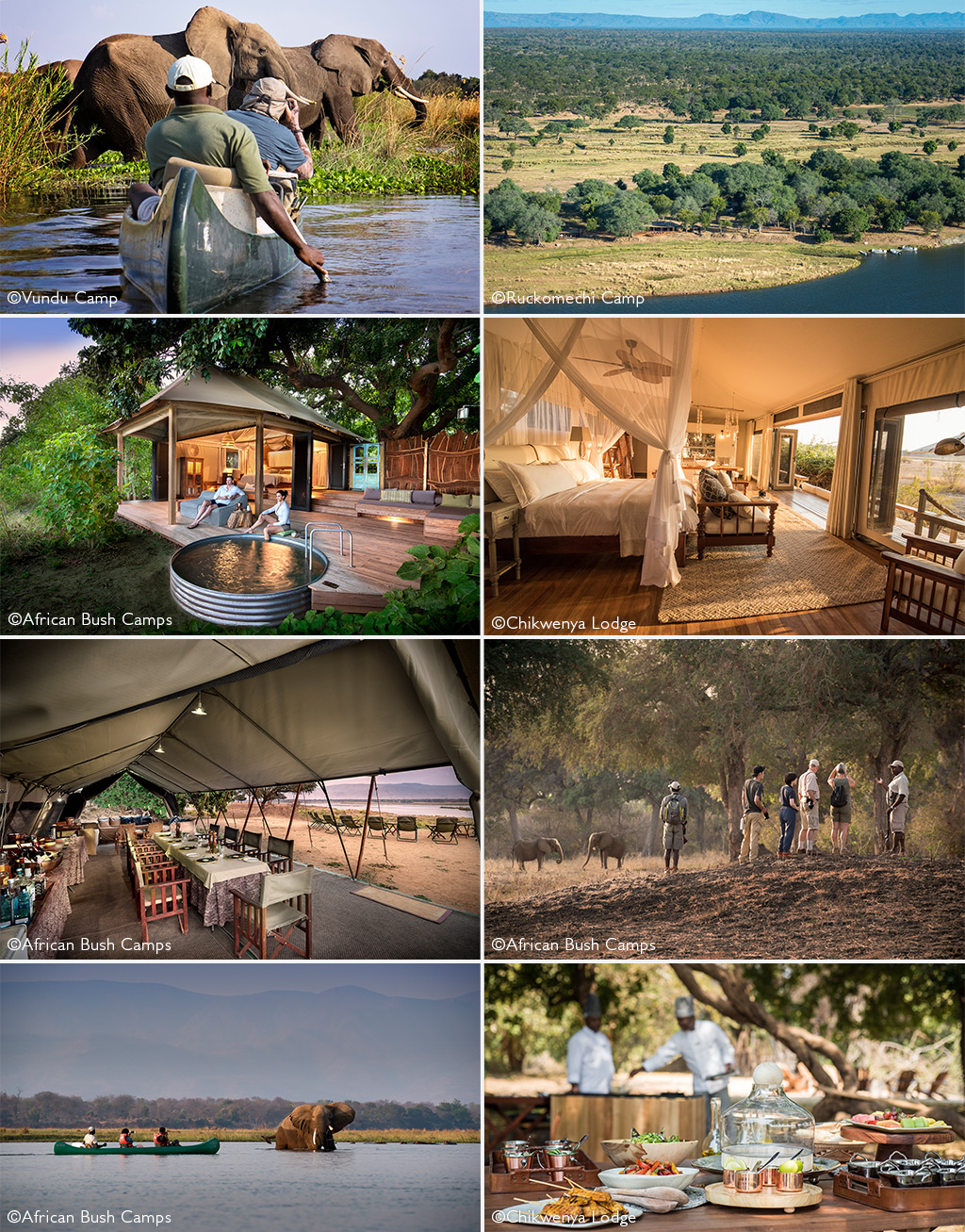 There is an excellent reason why regular visitors to Mana Pools speak of their time there in almost reverent terms, and why they return year after year. Every national park in Africa has something different to recommend it, be it spectacular scenery, unparalleled wildlife viewing or a rich, intricate history. Mana Pools has all of those things, but the true magic of the park is its pure, untouched, and even primitive ambience combined with a total and complete immersion in Africa’s majesty. 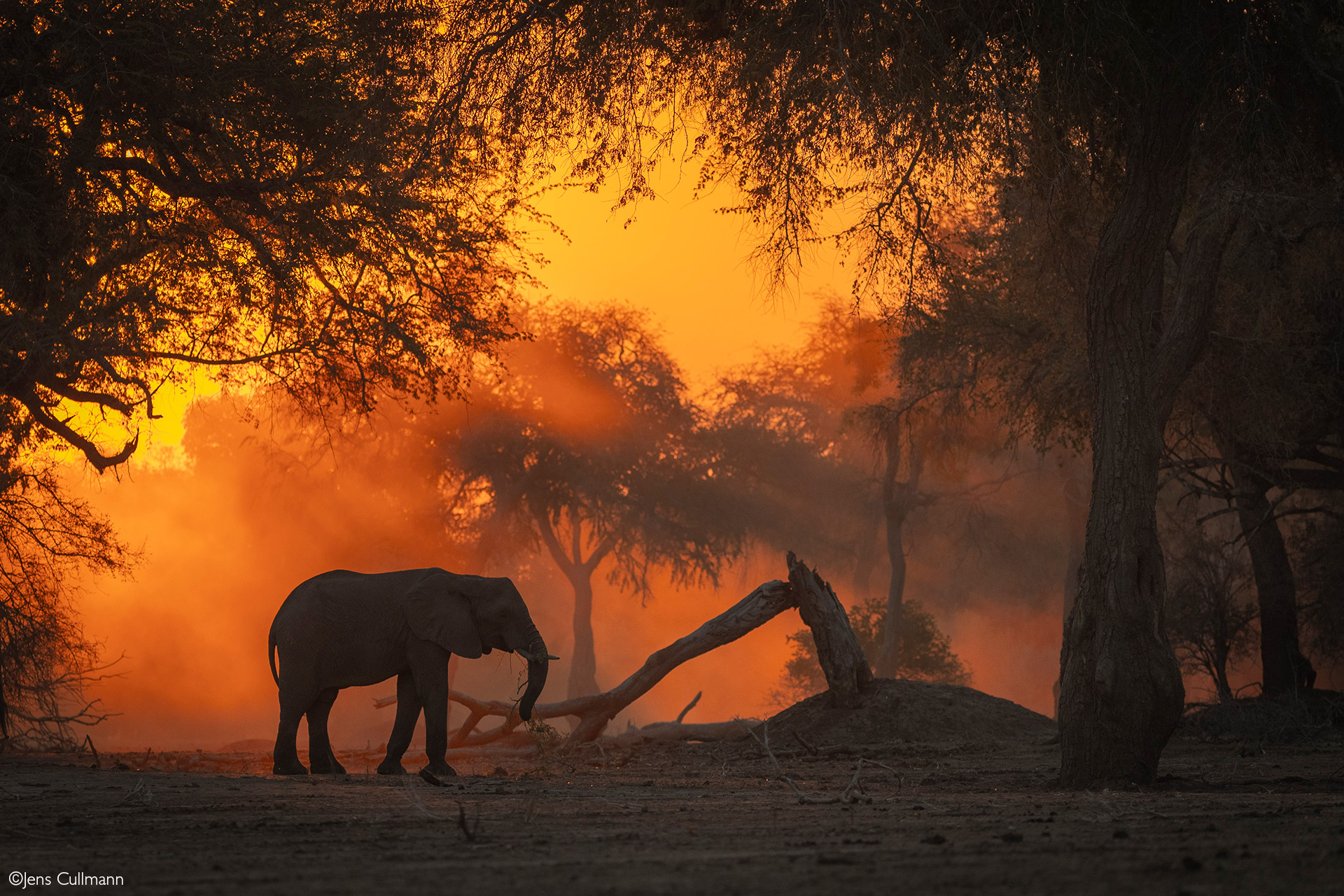