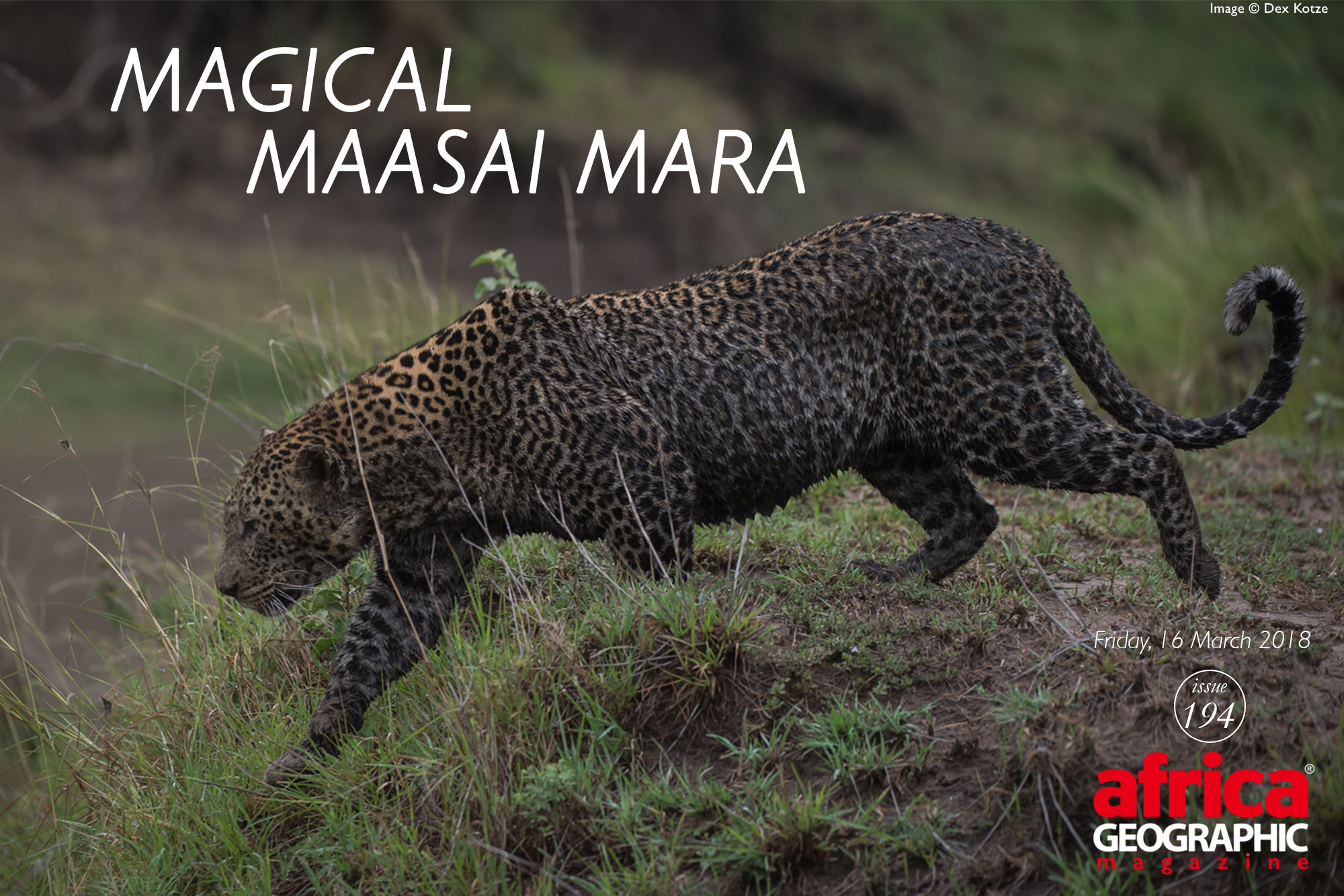 The fascination of Kenya’s Maasai Mara National Reserve and its abundance of wildlife brings fond memories to many seasoned African safari travellers; I am no exception. In January this year, I was invited by some good friends from the USA to join them on a trip to this remarkable reserve.

We departed from Wilson Airport in Nairobi, and upon landing in the Mara were greeted by a lineup of friendly Maasai guides and their safari game-viewing vehicles parked next to the dirt airstrip.

Magnificence of the Mara

The open plains of the Mara are known for providing safari-goers with a rolling landscape filled with wildebeest, zebras, lions, large hyena clans and elusive leopards stalking in the riverine forests; this is a healthy ecosystem for prey and predator.

We were privy to several fascinating moments that depicted the reality of the wild; from lion prides successfully catching large prey, to cheetahs devouring a steenbok they had caught.

Although the annual migration into the Maasai Mara takes place from July to October every year, the plains were filled with thousands of zebra and wildebeest, grazing on the short, green grasses. On our first game drive, it didn’t take long before we saw a pride of 14 lions, blustering with confidence as they walked towards the hills, oblivious to the many zebras gawking at them from a close but safe distance.

This scene was totally opposite from many other wildlife reserves where contact between predator and prey is not as seemingly nonchalant.

Early the next morning, our attention was drawn to a different lion pride that had killed a large eland. The lions had dragged the carcass into dense bush, protecting it from a clan of about 19 hyenas who stalked the area from all directions, typical behaviour of Africa’s cunning scavengers.

The hungry lions feasted on more than three-quarters of the eland overnight, resulting in full bellies. Afterwards, they lay spread-eagled all over the place. The insolent hyenas that approached, eager to claim the scraps, were instantly chased away by two sub-adult male lions.

Our guides’ knowledge and ability to steer the vehicles across the river tributaries allowed us to explore new areas of the Mara, offering opportunities to take unique photographs.

I was privileged to share my journey with the formidable marine biologists and NatGeo explorers, Christina Mittermeier and Paul Nicklen, from SeaLegacy fame. This was Paul’s first trip to Africa, and being able to almost immediately capture photos of the abundant wildlife was a stark contrast to his explorations across the Arctic observing polar bears – he’d often walk for days before he had an opportunity to capture images of these endangered bears.

We quickly found common ground through our discussions about the effects of global warming on conservation efforts about marine biology and savannah conservation in Africa.

It’s not often that two cheetah kills are observed within an hour. On one of our morning drives, we came across a male cheetah that had successfully caught a steenbok. We spent nearly 40 minutes with him before we trekked north, only to witness another cheetah who was halfway done with devouring a newborn impala.

Apparently, wildlife vets had treated this particular mange-infested cheetah the day before, as well as a pride of about 17 lions who also suffered from the same disease.

Later, the sight of a huge wet and muddy male leopard stalking the slippery riverbanks (after a serious confrontation with another young leopard) had guides clambering for position to allow their guests the best visibility of the majestic cat. The leopard was visibly irritated. A territorial fight had left him with puncture wounds to his head and neck.

It was clear that he was not enamoured by the array of vehicles following his escape route.

We also had a memorable viewing of ‘Bahati’, a beautiful female leopard and her young cub who live around the Talek River. According to our guide, she has successfully raised several cubs, and we were fortunate enough to spot her on two occasions; one being with her extremely cautious cub.

At another fantastic sighting, we saw a lion pride of about 17 lions that had taken refuge on a small koppie. The remaining bits of a wildebeest kill were being tossed around and played with by two sub-adults as the others relaxed. Not far away, a hyena clan, hopeful of scavenging some of the wildebeest’s remains, became embroiled in their own territorial dispute. The pecking order left several hyenas attacking one of their kin in a display of irritability – possibly caused by the fact that the lions had left nothing for them to eat.

The next day we came across a beautiful lion called ‘Long Face’. We followed him for nearly two hours as he crossed rivers and eventually entered dense bush where two eland were grazing, oblivious to his presence. I asked our guide to re-position our vehicle, expecting the lion to give chase to the eland.

Exactly three minutes later, two eland (who were each nearly 1,000 kg in body weight) came charging out of the bush. One of them narrowly avoided colliding with a Land Cruiser by way of a mind-boggling, gigantic leap over the vehicle – clearing it by several feet – as can be seen from some astonishing photography by Eric, our host.

The large hippo population in the Mara River, combined with backdrops of idyllic African sunsets, provided the picturesque scene that had everyone reaching for their cameras – with sundowner drinks in hand.

Hippo pods in the river are plentiful, and I was surprised by how many submerged hippo bulls appeared seemingly out of nowhere every few minutes in a splendid display of power, with water gushing around their large legs as they made their appearance known to all the cows.

A highlight was the one evening when Eric invited Jonathan Scott, of BBC Big Cat Diary fame, to join us for dinner and share his experiences of over 30 years in the Mara. A charming and intelligent man, Jonathan delighted us with many captivating tales of his Kenyan adventures after studying Zoology in Britain and settling in Africa; a fantastic artist and wildlife photographer living the dream life in paradise.

On the last day, we enjoyed another hearty breakfast while observing life on the vast savannah plains. We embraced the final game drive with a bit of sadness before departing on a Cessna Caravan plane from the Talek airstrip en-route to Wilson Airport in Nairobi.

Karen Blixen’s paradise provided us with a whirlwind trip that will never be forgotten. 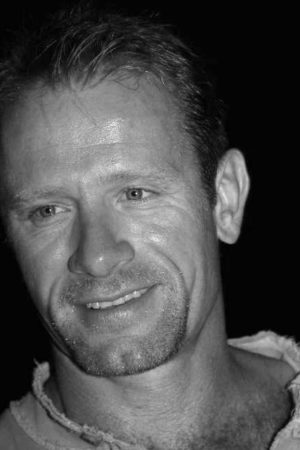 Dex Kotze’s passion for wildlife photojournalism and the bush encouraged him to encompass his business network and marketing expertise to assist in raising funds and global awareness for the plight of Africa’s endangered species, particularly rhinos, elephants and lions. In 2012, he founded Youth 4 African Wildlife, a global initiative that educates youths to become actively involved in conservation, using photography and social media marketing to advocate against wildlife trafficking.
He has researched the Chinese luxury markets extensively and works on strategies through his networks for the reduction of the trading of rhino horn and ivory. Dex writes about the impossibility of meeting the demand for horn in SELLING OUT.