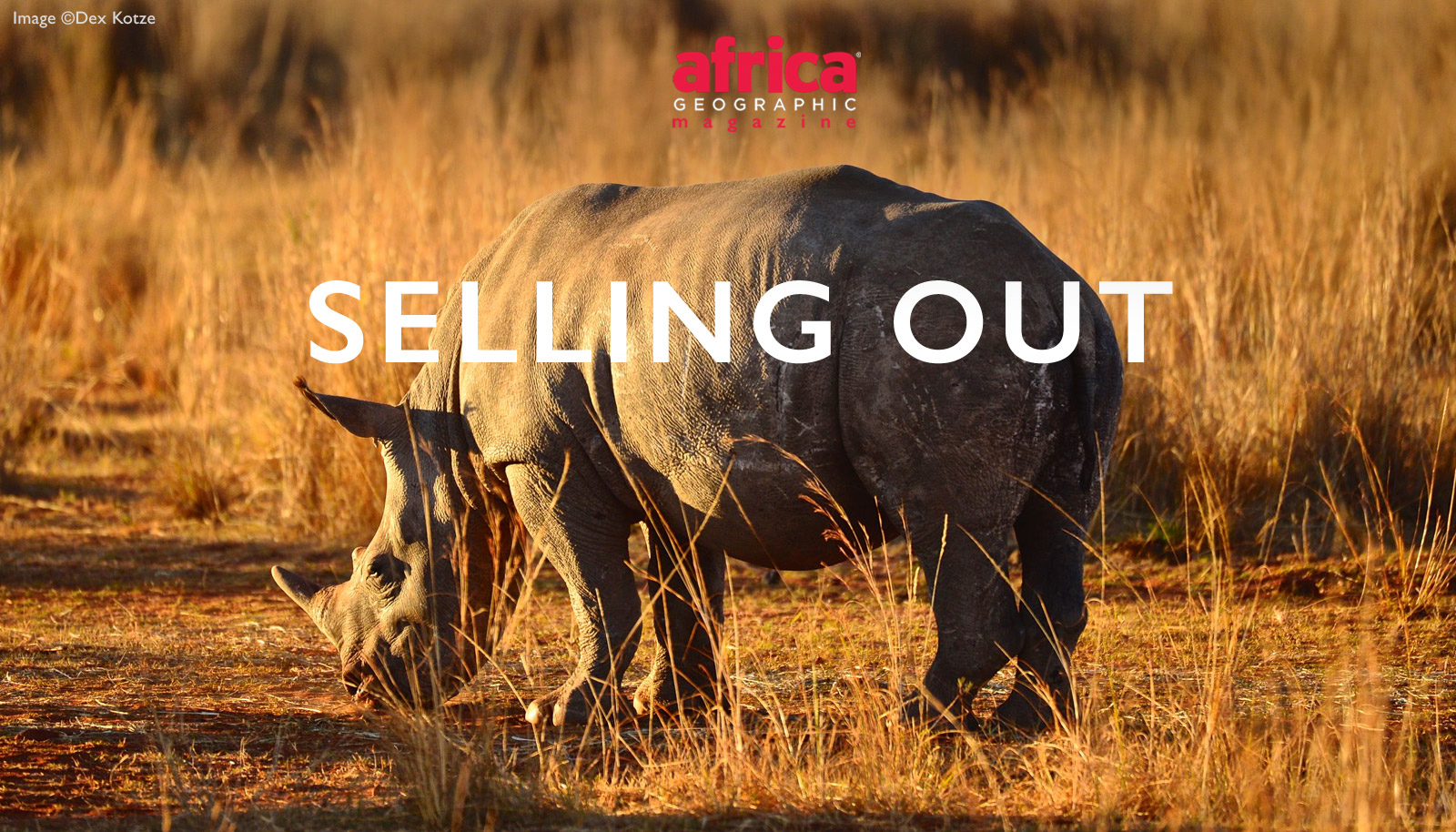 WHY LEGALISING TRADE IN HORN WILL HASTEN THE DEMISE OF RHINOS

Last week the number of South African rhinos poached for their horn since January surpassed the 2013 total of 1,004. At the time of publishing the number was 1,030. With this news more weight will be put behind the arguments in favour of legalising trade in rhino horn, a strategy that some claim will reduce demand by flooding the market with stockpiled and farmed horn. It is a solution the government appears intent on implementing despite potentially disastrous results and lack of evidence that the enormous financial benefits to the rhino owners who are campaigning for legalisation will filter down into anti-poaching efforts where they are needed most – our under-funded national parks. In this account of the situation, conservationist Dex Kotze reveals how global conservation authorities appear to be opening avenues for trade while South Africa cannot even meet 1% of the potential demand for rhino-horn – Ed.

South Africa is home to roughly 83% of the world’s rhino population and, at time of writing, has lost 3,700 rhinos since the escalation of poaching in 2008. With this year’s death toll already over a thousand, it seems likely that the total number of rhinos slaughtered for their horns in 2014 will be in excess of 1,150. An estimated 20,000 white rhinos exist today and fewer than 4,800 black rhinos survive in the wild.
Although recent comments from the Department of Environmental Affairs (DEA) suggest that South Africa is seeing success in curbing rhino poaching, the numbers clearly contradict that. The DEA’s absence from the London Wildlife Conference earlier in 2014, and President Zuma’s failure to attend a plenary session on combating wildlife crime in Washington in August, whilst attending the US-Africa summit, strengthens opinion that the government has already adopted a stance in favour of rhino horn trade. In fact the DEA recently stated, ‘There’s very little we can do about the belief in the use of rhino horn that exists in other countries. Legalisation would be a more medium-term solution.’ But the department has not considered the potential long-term effects of such a decision.
The exponential growth of Asian economies, coupled with the proliferation of China’s presence on the African continent (China-Africa trade reached $198 billion in 2012) may be a component of the government’s obeisance to China. But a species on the brink of catastrophe can ill afford miscalculated decisions and hidden agendas.

By their own account, South Africa’s government intends to apply for legalised trade in horn when it hosts the next conference of the parties of the Convention on International Trade in Endangered Species of Wild Fauna and Flora (CITES) in 2016. Legalised trade can only be approved if two thirds of all CITES members agree, and it is doubtful that majority will be obtained. But even if a two-thirds majority agrees, it will take more than six years to create the necessary structures to facilitate legalised trade. At the current rate of poaching we could lose another 6,000 to 7,000 rhinos during that period, so one has to question the wisdom and motivation of this strategy from a conservation perspective.

South Africa is too corrupt to manage trade in rhino horn

South Africa’s poor record of governance and corruption at the highest level under President Zuma is a major obstacle for legalised trade to work. Stockpiles of rhino horn worth millions have already been stolen from government offices where safe custody, security alarms and electric fences were blatantly absent.
The government and pro-trade lobby’s concept of a “transparent” central selling organisation (CSO) regulating rhino horn trade is a pipe dream that could never work. Motivations using comparisons to the CSO of the global diamond industry are naïvely ironic. Illicit diamond trading continues throughout the world, blood diamonds still enter the market, and criminal syndicates in South Africa are targeting jewellery stores on a weekly basis – indicating a healthy black market for diamonds. If the imposition of controls by the massively-resourced diamond industry has not curbed illegal activity, why would anybody think that this system would work with regard to rhino horn?
In addition CITES has proved to be totally ineffectual in controlling illegal trade in wildlife, despite ongoing efforts and the imposition of controls, again calling into question the efficacy of the proposed model.

South Africa could not even hope to meet demand

Perhaps the greatest concern would be South Africa’s inability to meet demand if rhino horn trade is legalised. By conservative calculations, the shortfall would be over 365 tons a year. Proponents of trade conveniently ignore the dynamics of China’s gargantuan population, and Asia’s newfound conspicuous consumption and desire for status and prestige. Legalising rhino horn has the potential to create a demand that far outweighs supply. A simple extrapolation of known facts about the markets that are currently creating the demand for rhino horn creates more alarming questions than answers:
There are about 8,000 UHNWIs (Ultra High Net Worth Individuals – those with wealth in excess of US$30 million) in China today, a figure that is expected to grow to 15,000 in the next eight years (Correction of previous figure which mistakenly read 8,000 US Dollar billionaires – Ed). By 2022 China will have more US Dollar billionaires than the UK, France, Switzerland and Russia combined. China has roughly 120 million affluent people. By 2020 this group will grow to 280 million, their spending power growing fivefold to $3.1 trillion, equal to 35% of China’s total consumption. Presently there are 250 million middle class consumers in China. By 2022 China’s middle class will swell to 630 million generating just under half of total Chinese private consumption.

Demand would be 370 tons per annum. South Africa can yield only 3.6 tons

If just 5% of the Asian demand markets consume a mere 5 grams of rhino horn per person per annum the demand for rhino horn would amount to more than 370 tons per year. And yet, according to a study by the DEA using the known number of rhino on private land and the predicted rate of horn accumulation, “harvesting” of horn in South Africa will yield a maximum of 3.6 tons per annum, at approximately 3.5 kg per rhino every three years – not nearly sufficient in a market of such enormity. There is little chance that Kruger National Park would harvest their 8,500 rhinos for fear of losing revenue from nearly 1.5 million tourists that flock to the world-renowned park annually. This means few rhino are available to meet the demand, and the sale of South Africa’s existing 20-ton stockpile would vanish into the market immediately, putting immense pressure on available rhinos and increase the likelihood of their being poached.

In a joint ministerial statement by the Asia-Pacific Economic Cooperation (APEC) released on 8 November 2014, it was made abundantly clear that APEC is committed to “facilitate trade in legally harvested wildlife.” On 10 November, Mr. John Scanlon, the Secretary-general of CITES, released a statement saying:
‘CITES welcomes the statement made by Foreign Affairs and Trade Ministers of the APEC economies renewing their commitment to combating wildlife trafficking and to sharing information, intelligence, experiences and best practices in the region to fight illicit transnational wildlife trade, as well as recognising legal trade in certain circumstances and the need to strengthen efforts to improve the livelihoods of rural communities.’

It is inappropriate for CITES to commend APEC’s ministerial statement and deplorable that neither APEC nor CITES make any attempt to exclude rhinos and elephants from the definition of “legally harvested wildlife”. Considering CITES’ ineffectiveness in controlling illegal trade, this announcement is doubly concerning. CITES has listed 19 nations as being part of the Gang of 19, countries that are implicitly involved in illegal wildlife trafficking networks. Of the seven Asian countries listed in the Gang, five are members of APEC. CITES has had very little success in convincing members of the Gang of 19 to comply with measures to combat wildlife trafficking.

One need only consider the detrimental effect of the legal sale of ivory to recognise the folly of trade legalisation. CITES approved two once–off sales of ivory in 1999 and again in 2008. At the last sale, about 106 tons of ivory was sold to Japan and China at a mere $157 per kg. Notwithstanding these stockpiles entering China legally, the poaching of African elephants continued relentlessly. Recent scientific reports have determined that 100,000 elephants were killed between 2010 and 2012. Estimates are that fewer than 400 000 elephants survive in Africa today.
In the online black market in China, raw ivory trades for up to $3,700 per kilogram and worked ivory as high as $10,700 per kilogram. In a recent report compiled by the Environmental Investigation Agency, it is claimed that officials travelling with Chinese President Xi Jinping to Tanzania in 2013 went on a buying spree of illegal ivory, causing prices of ivory in Tanzanian markets to double overnight. The ivory was loaded in diplomatic bags, immune from custom checks.

The domestic Chinese ivory market is the most important driver of poaching and trafficking and unless it is addressed on a global scale, elephant poaching will continue. Like ivory stockpiles, selling South Africa’s 20 tons of stockpiled horn alone would have a calamitous effect on rhinos in the wild.
South Africa’s current path seems set to leave no legacy for future generations and our policymakers are failing in their duties as guardians of our wildlife. The time has come for South Africa’s Minister of Environmental Affairs, Edna Molewa, to converse with conservationists and business leaders who oppose her department’s single-minded approach, an approach that will inspire an upsurge in demand and effectively destroy what has been achieved in terms of demand reduction. 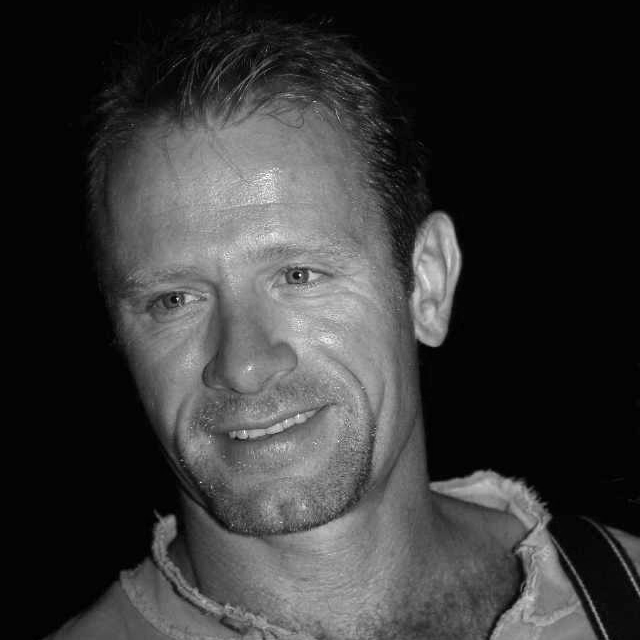 After studying law, political science and finance, DEX KOTZE and his life partner started a luxury jewellery company called Jenna Clifford in 1992. They moved with their daughters to the Lowveld near Kruger National Park in 2000. His passion for wildlife photojournalism and the bush encouraged him to encompass his business network and marketing expertise to assist in raising funds and global awareness for the plight of Africa’s endangered species, particularly rhinos, elephants and lions. In 2012 he founded Youth 4 African Wildlife, a global initiative that educates global youth to become actively involved in conservation, using photography and social media marketing to advocate against wildlife trafficking. In 2014 Dex worked as a strategist with a core group of people around the world to initiate the Global March for Elephants and Rhinos which took place in 140 cities on 6 continents. Dex serves as a director of The Rhino Orphanage and helped raise finance for the successful translocation of 10 white rhinos to Botswana earlier in 2014. He has researched the Chinese luxury markets extensively and works on strategies through his networks on demand reduction for rhino horn and ivory.