Posted on January 20, 2022 by teamAG in the News Desk post series.
ShareTweetPinEmailShareShareLinkedIn

Despite back-breaking work from a dedicated and passionate SANParks team, Kruger National Park rhino populations have continued to plummet due to rhino poaching – as per the latest population count from 2020. Recently published research estimates that there are about 2,607 white rhinos remaining in the Kruger National Park, while black rhinos are estimated to number just 202. This represents a population decline of 75% for white rhinos since 2011 (from 10,621) and 51% for black rhino since 2013 (from 415). 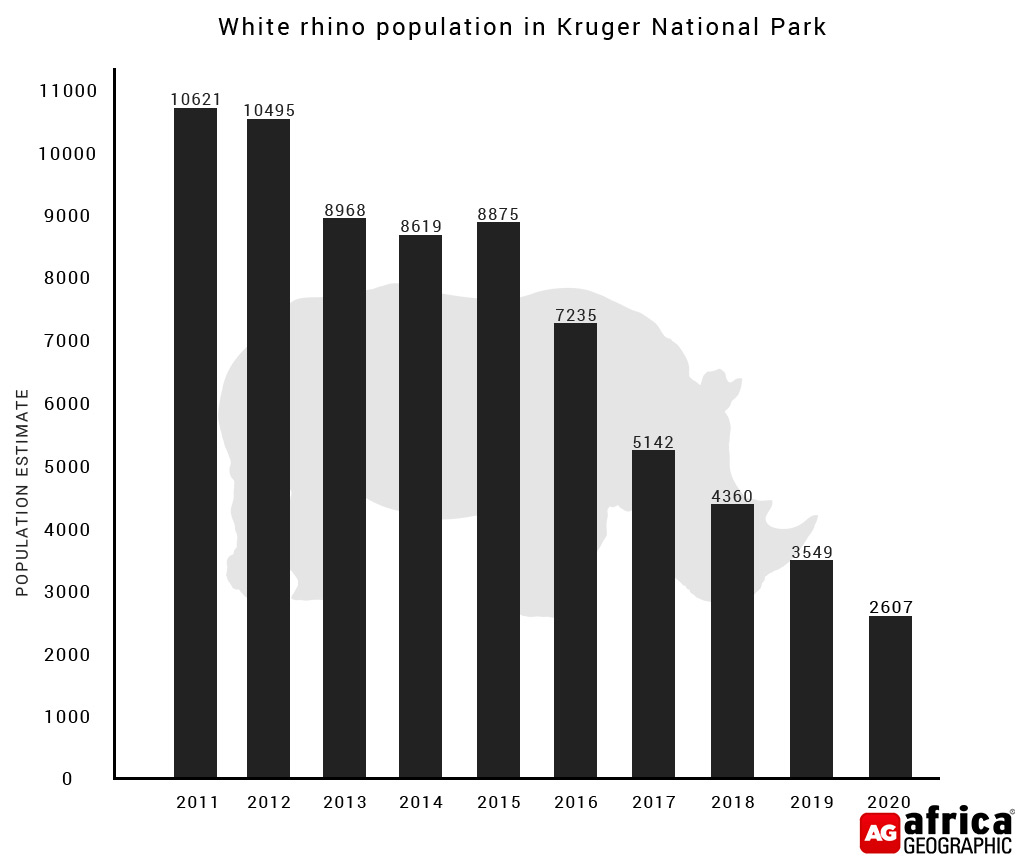 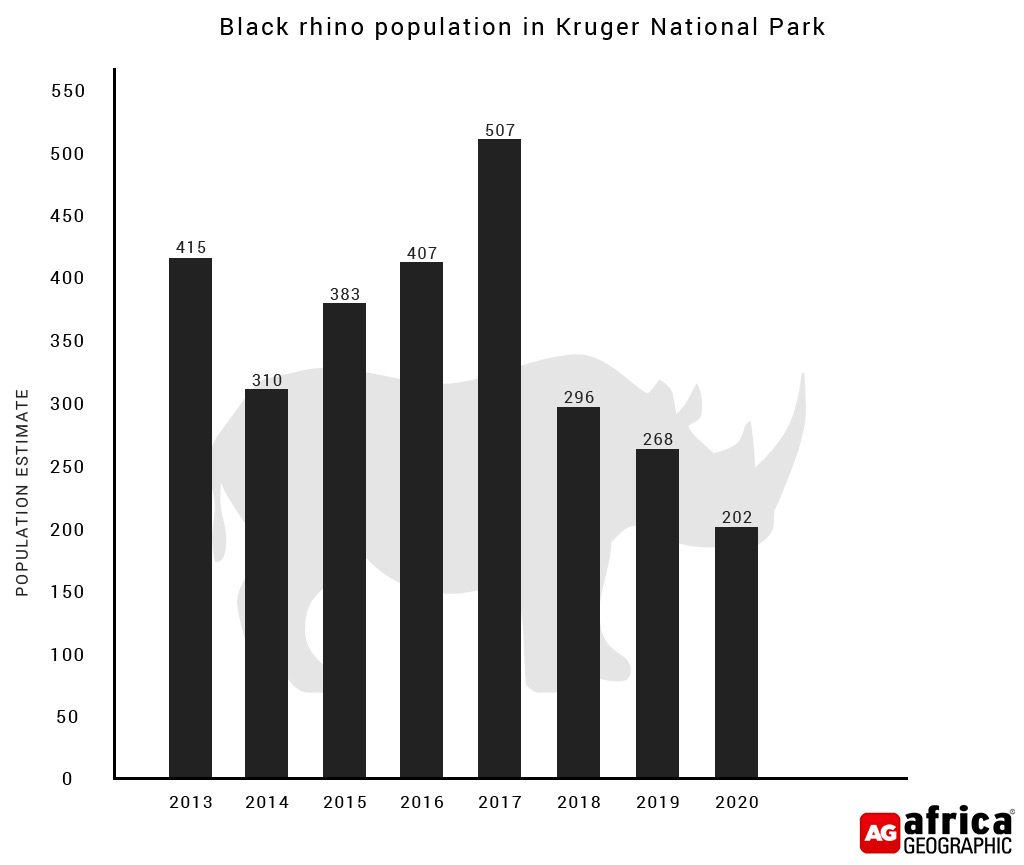 The research, compiled by SANParks officials, analyses the impact of COVID-19 on poaching rates compared to trends observed in previous years. In summary: