Posted on August 3, 2020 by STROOP in the Opinion Editorial post series. 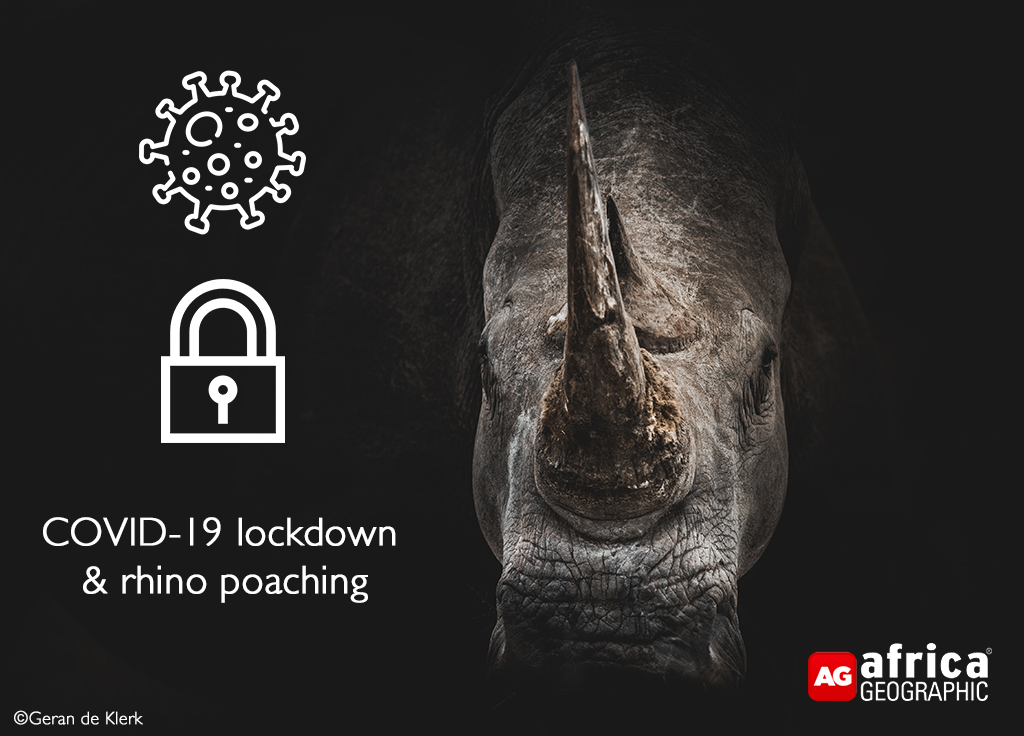 ‘STROOP – journey into the rhino horn war’ has garnered international acclaim for its groundbreaking work documenting illegal wildlife trafficking in Asia and the poaching war in South Africa.

“Rhino poaching decreases by more than half in first half of 2020” read the misleading headline on the government’s press release issued on Friday.

Let’s take a closer look at this situation, much as we did concerning the 2019 poaching figures in our story Latest Rhino Poaching Stats: Shades of Grey. In that story, we focussed on the lower poaching stats being primarily a function of fewer rhinos surviving the ongoing poaching onslaught and the devastating drought that was ravaging Southern Africa at the time. This time we call for perspective because of another contributing factor: COVID-19.

The above government headline really should have added “due to Covid-19’s harsh lockdown” – the route taken by the UK’s Guardian Newspaper when they covered the same topic. Because they did not attribute the reduction to the impact of COVID-19 lockdowns, our local mainstream media reported the success in combating poaching with headlines proclaiming various iterations of “South Africa has cut rhino poaching by half”. One can hardly blame them, given that the Environment, Forestry and Fisheries Minister, Barbara Creecy’s first statement in the release was “After a decade of implementing various strategies… efforts are paying off,” even adding, “we have been able to arrest the escalation.”

The fact is that the closure of provincial and international borders and lack of international air travel has meant that people have had limited ability to move around and the horn cannot get to the demand countries in Asia – dominating factors in the reduction of poaching.

Imagine being told by the BBC in April that crime that month was down in countries around the planet due to the efficacy of those governments’ enforcement policies, and not due to the onset of Covid-19 lockdowns? The BBC article in question rightfully attributed the drop in crime globally due to the pandemic.  The pandemic had a dramatic impact – from social distancing El Salvadorian gang members to officials in cities across America who noted upwards of 50% declines in crime during the lockdown.  And so too here with our rhinos, because, as the BBC observed, “the result of fewer people in public is less crime.”

To be fair, back in May, the Minister did note that the lockdown was having a tremendous impact on curbing poaching.  And she did add further down in the detail of Friday’s release that the restricted movement from the Covid-19 law enforcement measures have had a striking impact, especially as “the decrease in rhino poaching can also be attributed to the disruption of the supply chain resulting from the national travel restrictions.” – so why not include that vital factor in the headline?

166 rhinos have been poached during the first half of 2020, compared to 316 at the same time last year. Of the rhinos killed this year, nearly three-quarters happened before the lockdown.  In fact, in the month of April, no rhinos were killed in the Intensive Protection Zone in Kruger for the first time in almost ten years.

Further proof of the success of the lockdown is the reduction in the number of arrests and firearms confiscated in the park for 2020 (2019 figures in brackets): Arrests 38 (122) and firearms seized 23 (61). The report did not provide the number of incursions as it did in the past, so we have to assume from the arrest numbers that there is much-reduced traffic inside the park.

We can also see that the swing in who owns South Africa’s rhinos continues to pivot, with positive gains towards privately owned rhinos; the private sector losing only 16 rhinos compared to the state’s 150 rhinos.  The department claimed a year ago that private rhino populations had increased by a third while Kruger’s rhinos had declined by half. Private rhino owners have been successful in protecting rhinos since they were so badly hit several years ago.  Smaller areas are easier to confine, plus being able to close down areas with neighbourhood security patrols and roadblocks while working with SAPS has been a significant crime deterrent.  We’ve seen these efforts in effect – they have worked well – and their results are strikingly similar to the nationwide Covid-19 lockdown.

Private owners have told us that the harsh lockdown was a godsend for their security (though naturally not so for their tourism revenue).  With the defence force and police services patrolling the public roads and maintaining roadblocks, poaching gangs could not travel with their tools of the trade: axes, pangas and stolen hunting rifles with home-made silencers.

In Kruger during the lockdown, the gates were closed to all visitors.  And this is without a doubt the driving factor in the reduction in poaching numbers.  There is a popular perception that poachers crawl in under fences to access the park, and while that does happen, the reality is that poachers often employ the easy route of driving in undetected as a day visitor. To be clear, poachers are dropped off inside the park from a comfortable vehicle, having entered the park as visitors. And, just as chilling, spotters drive around in visitor vehicles and send rhino locations to the syndicates they work for.

Those on the inside maintain that rangers are highly effective in preventing breaches over the international border and across park boundaries and that access gates are most certainly the security weakness of the park. And the lockdown clearly proves that.  Many have said that corruption, sloppy work, lack of proper co-ordination of the access and exit data are all factors resulting in the majority of current poaching events, and this needs to be tackled, urgently.  The lockdown has shown us the park’s Achilles heel.

Stop Rhino Poaching’s Elise Serfontein said in an interview with The Citizen that “Kruger remains the epicentre for rhino killings in South Africa, with most rhinos being shot by poachers arriving via the gates. Fundamental issues such as known internal collusion and access control for drop-off poaching remain a systematic threat.”

She added further: “Government needs to consider perhaps redefining their measures of success and introduce some additional factors.  When rangers are still run off their feet chasing multiple groups of poachers every day, or finding multiple carcasses, as has been the case since the lockdown restrictions were eased, then it’s pretty clear that things aren’t that much better”. She also explains that what is needed to reduce poaching is the reduction in park incursions (by foot and by vehicle), successful long term convictions of kingpins and reinstating interventions that have been broken, for example, the closure of both the Skukuza Regional Court and RhODIS (the Rhino DNA database).

Sadly, the Minister has confirmed that the figures are on the increase again, after the Kruger gates were again opened to the public.