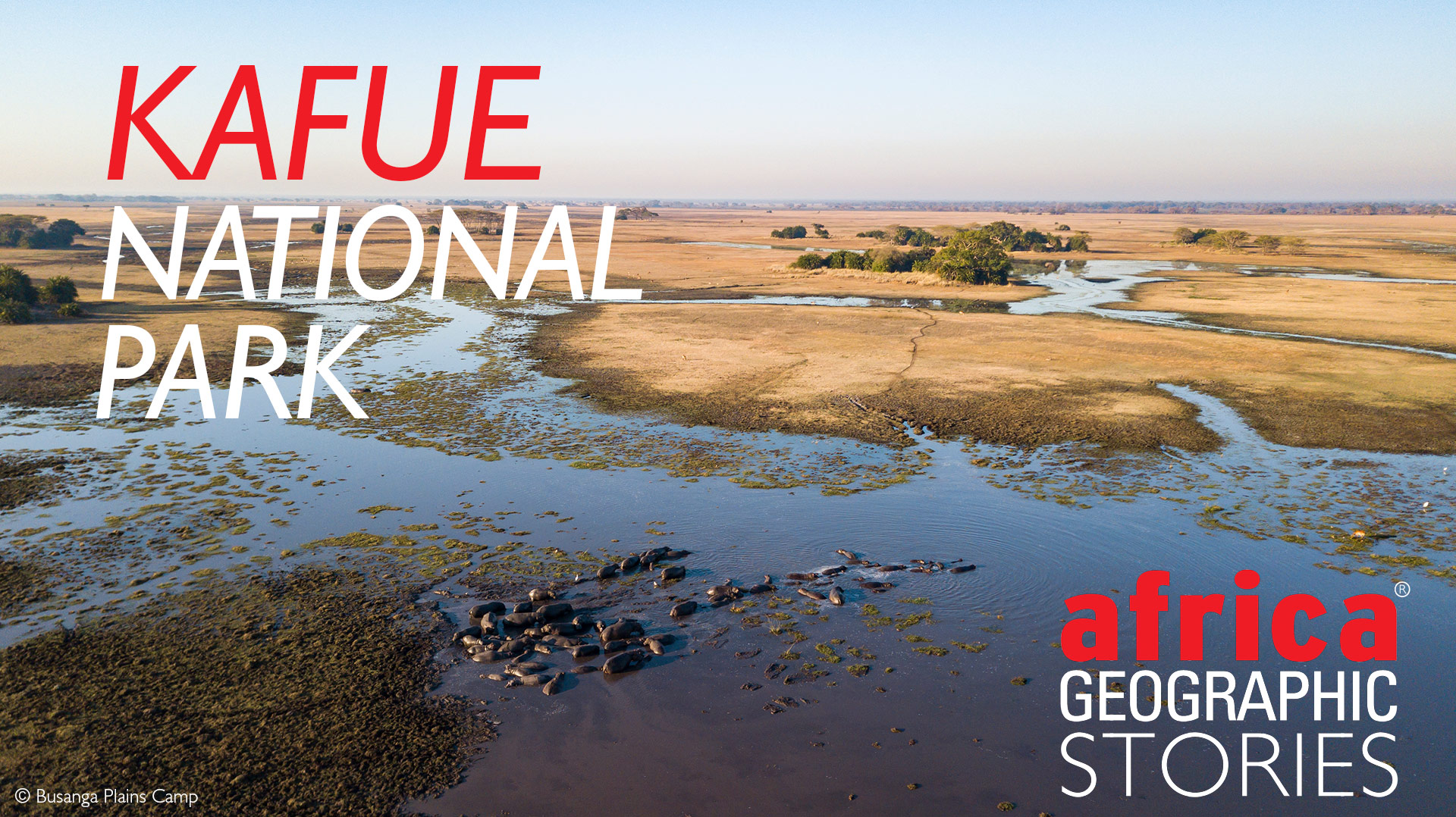 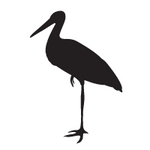 There is a mermaid in the waterways of Kafue National Park… or so it is said.

If the stories are to be believed, Africa’s rivers are teeming with a variety of gods, spirits, and protectors. Today, it is said that the mermaid Kitapo lurks in the waters of the Kafue River in Zambia, saving children and the virtuous from its rapids and dragging murderers and criminals into the depths to be devoured by crocodiles. Perhaps she found refuge in the many waterways of Kafue National Park, a land still wild enough for deities of old. And while sightings of her are few and far between, visitors can still experience the magic of untamed Africa in lieu of meeting a goddess. 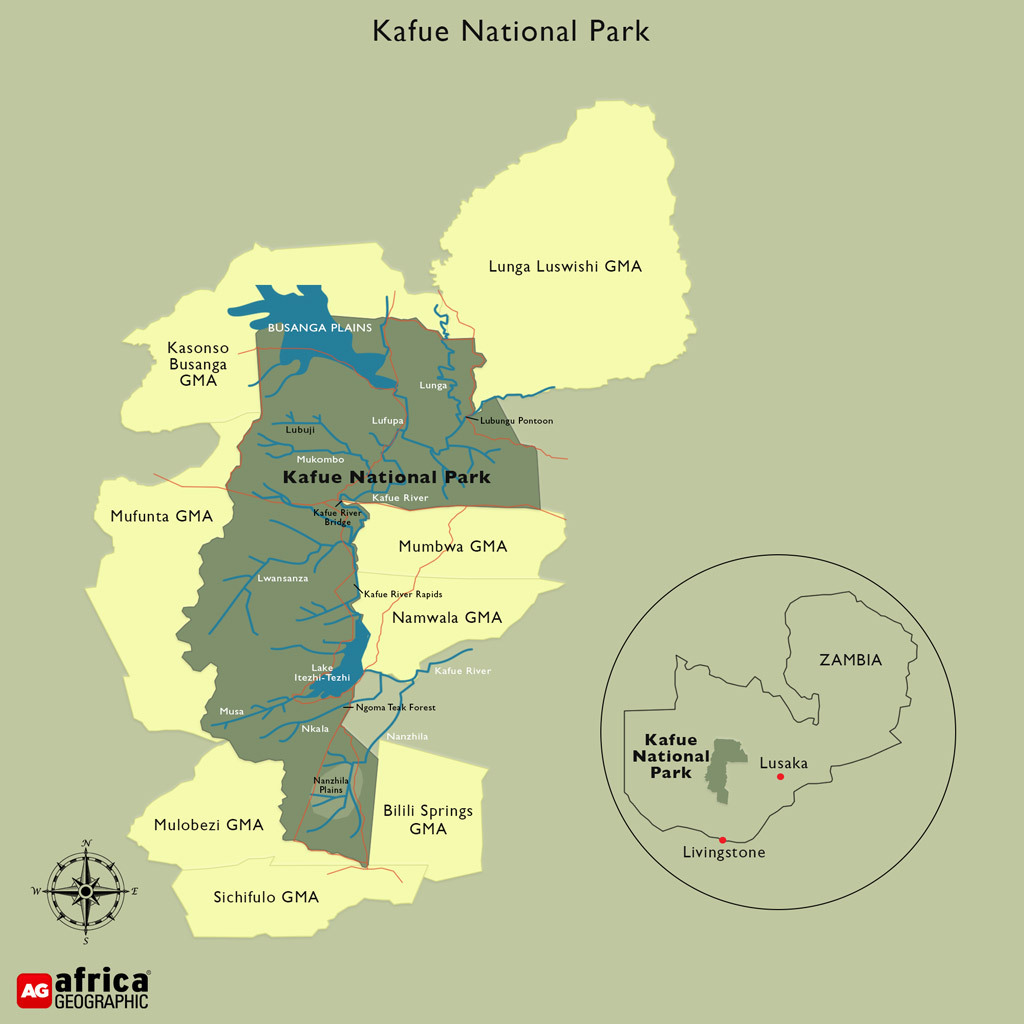 Kafue National Park and its surrounds

Kafue National Park is Zambia’s oldest and largest national park, spanning 22,400km2 (2,24 million hectares – more extensive than Wales) in western-central Zambia. The Kafue River and its many tributaries, including the Lufupa, Lunga, Luansanza and Musa Rivers, dominate the scenery. From stretches of veined river valleys to branching streams and swampy floodplains to the manmade Itezhi-tezhi dam, these waterways are the park’s lifeblood during the dry season.

In a park the size of Kafue, variety is a given. From south to north, the landscape transforms from miombo woodland punctuated by granite outcrops to the sweeping plains and wetlands. In the northernmost corner of the park lies the veritable wildlife haven of the Busanga Plains, surrounded by the Busanga Swamps. This watery wonderland comes alive at the height of the dry season, teeming with predators, prey, and prolific bird life. For wildlife viewing, Busanga is the Kafue National Park’s hive of activity.

A highway bisects the park, and, unsurprisingly, Busanga’s productivity means that most lodges and infrastructure are centred in the northern half. Even so, Kafue retains a remote and unspoilt feel throughout. Overshadowed by the parks of the Luangwa Valley to the east, Kafue National Park has remained one of Zambia’s best-kept safari secrets: an untrammelled, uncommercialised park boasting astonishing luxury safaris in the wildest of settings.

Kafue National Park is one of the northernmost components of the vast Kavango-Zambezi Transfrontier Conservation Area (KAZA), encompassing wilderness areas in five countries: Angola, Namibia, Botswana, Zimbabwe, and Zambia. The park is buffered by several contiguous Game Management Areas (GMAs): Mulobezi, Sichifulo, Mumbwa, Kasonso-Busanga, Lunga-Luwishi, Namwala, Bilili Springs and Nkala. GMAs were established in Zambia as a way for wildlife and humans to co-exist, allowing for consumptive use of the land, including hunting. The GMA’s around Kafue National Park theoretically add 38,384km2 (nearly four million hectares) of additional space for wildlife to roam.

Kafue is bursting with life in abundance. Like many parks in Africa, Kafue was marred by poaching during the latter half of the 21st century, but animal populations are gradually recovering. Perhaps hardest hit after the region’s rhinos (sadly now extinct), elephants are now an increasingly common sight in the park. They gather to feed on the fruiting ilala palms or trudge through the woodlands.

Every year, the flood waters of the Lufupa recede around July, gradually uncovering the grasses of Busanga Plains and leaving small dambos (shallow wetlands) in their wake. Here the ungulates gather in their thousands, with vast herds of buffalos, impalas, red lechwes, wildebeests, waterbucks, pukus and zebras arriving to graze and sate their thirst. This visual feast is almost Serengeti-like in its decadent variety. With their specially adapted hooves, reclusive and amphibious sitatunga conceal themselves in the reedbeds, while roan and sable antelopes prefer the drier miombo forests. Blue and yellow-backed duikers secrete themselves in the undergrowth, along with the equally shy (but adorable) Sharpe’s grysboks.

Naturally, this smorgasbord of prey species is an attractive prospect for Zambia’s carnivores. Lions are commonly encountered, and along with South Luangwa National Park, Kafue is one of the best places in Zambia to find leopards. It is also one of the only places in the country where cheetahs occur. Spotted hyenas provide the perfect dinner-time serenade (albeit in discordant competition with the tree hyraxes), and packs of endangered wild dogs (painted wolves) revel in the open space afforded by the plains. Smaller predators abound, with frequent sightings of servals, caracals, jackals and civets.

Kafue also has a reputation for sightings of the more unusual creatures like bushpigs, pangolins, aardvarks, honey badgers, and ubiquitous springhares. What’s more, the rivers and tributaries are home to not just the expected pods of hippos and crocodiles basking on sandbanks, but the sinuous forms of African clawless and spotted-neck otters are occasionally seen breaking the surface of the murky waters.

Such an impressive list of mammal diversity is hard to match, but the bird life on display in Kafue is equally, if not more, phenomenal. With 500 odd species recorded in the park’s diversity of habitats, birding here is the best in Zambia and is guaranteed to be rewarding. The miombo woodland specials include the Souza’s shrikes, yellow-bellied hyliotas, green-capped eremomelas, green-backed woodpeckers, and eastern miombo sunbirds. In the magnificent riverine forests with their ancient trees, Pel’s fishing owls roost, and Schalow’s and Ross’s turacos display brief flashes of red and green. Here, too, birders can try their hand spotting the tiny white figures of the endemic and vulnerable Chaplin’s barbet, which roosts in fig trees.

The rich variety of life on display on the Busanga Plains extends to its feathered occupants: open-billed and saddle-billed storks vie with southern ground-hornbills and wattled and crowned cranes. Bright flashes of colour reveal a multitude of kingfisher species (including half-collared) launching themselves from suitable perches, and birds of prey soar overhead. African finfoots delight visitors as they glide past, and flocks of Böhm’s bee-eaters decorate the skies.

On the 1st of July 2022, the Government of Zambia entered into a 20-year-agreement with non-profit organisation African Parks to secure the protection and effective management of Kafue. The signing of this agreement was the culmination of years’ worth of planning and African Parks, funded by the Dutch Postcode Lottery’s Dream Fund grant, and supported by The Nature Conservancy and the Elephant Crisis Fund, had already concluded a 16-month Priority Support Plan. This involved the investment of US$3.6 million in park infrastructure, operations, an aerial census and the creation of an additional 150 jobs within the park.

African Parks has been responsible for the management of Liuwa Plain National Park since 2003 and Bangweulu Wetlands since 2008. Kafue National Park became the 20th park in African Park’s glowing portfolio of stabilised and rehabilitated protected areas across the continent.

Kafue National Park is easily accessible, and accommodation options vary from budget campsites to ultra-luxury five-star lodges. It is primarily a dry-season park, and many lodges (and roads) are closed during the rainy season from December until March. Heavy downpours render most of the park largely inaccessible and increase the number of tsetse flies and the risk of malaria transmission during the rainy season. The only exception to this advice is for avid birders looking to make the most of the influx of migratory species during the summer months, though Busanga Plains remains strictly off-limits. For most visitors looking to experience the best of the park’s wildlife viewing, May until October is the time to go.

In a park the size of Kafue, it is to be expected that game drives would form the bulk of the safari experience, but not for nothing is Zambia known as “the home of the walking safari”. A guided walk is an essential part of exploring the park: quite aside from the sympathetic nervous buzz of an adrenaline-filled large animal encounter, time spent on foot is unequivocally the best way to acquaint oneself with the park and affirm one’s connection to nature. Similarly, leisurely canoe and boating safaris slow things down and allow for greater immersion in the park’s spectacular surroundings. A hot-air balloon trip offers an even more unusual perspective, gliding silently (well, mostly, the occasional sound of the burner is loud) through the air and observing the wildlife, animal tracks and networks of a connected ecosystem.

There is something spellbinding about Kafue, and, with such magnificent displays of Africa at its most spectacular, one could hardly blame Kitapo for ensconcing herself in the majesty that is Kafue National Park. Visiting the park brings this magic to life, capturing the hearts of all who set foot here.

Nanzhila Plains is a hidden gem in the remote southern reaches of Kafue. Read more here.

Read about an epic 160km journey through Kafue, taken by two conservationist to raise awareness about poaching in Kafue National Park.

Read a travel diary about a trip to Busanga Plains in Kafue National Park (Zambia), which will have you contacting Africa Geographic to arrange your next safari.