The birth of hyena cubs: The good, the bad and the gory

Being present while an animal gives birth in the wild is an incredibly rare and special event. Imagine the excitement when guests at Nsefu Camp in Zambia’s South Luangwa National Park could watch a spotted hyena giving birth.

A new hyena den was discovered near the camp recently, and while guests were admiring the pack of hyenas going about the family business, their guide, Julius, realised that one female was actually in the process of giving birth. What followed was the incredible arrival of three healthy hyena cubs, right before the guests’ wide eyes. 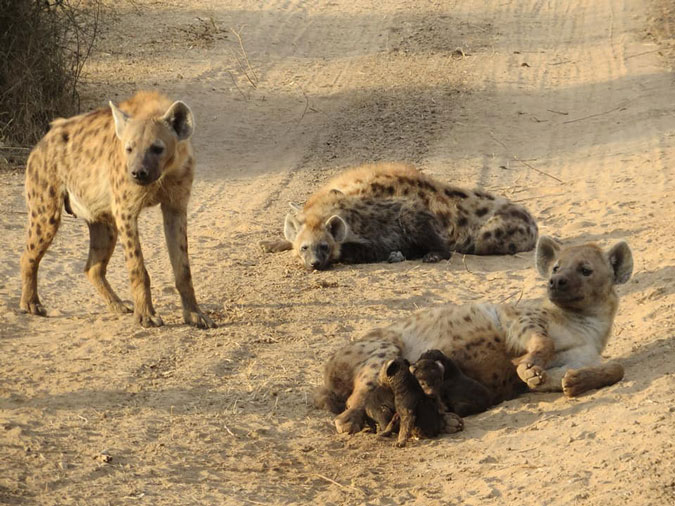 The proud mum took her young cubs into the den for a short while before emerging with them again. Almost instantly, the three new siblings started testily sizing each other up to see who was king of the hill while the adults all watched on, seemingly entertained by the newcomers and their antics. 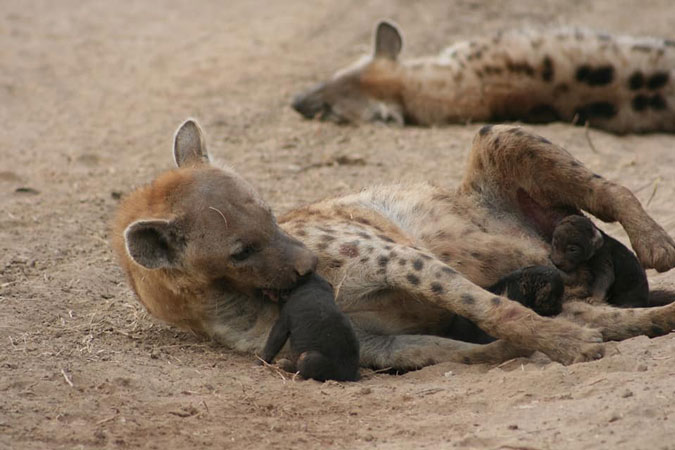 While any animal birth is awe-inspiring in its own way, hyena births are particularly interesting and, quite frankly, a little bizarre. We might know the hyena for its infamous ‘laugh’, but the female hyena anatomy is definitely no laughing matter.

Spotted hyenas live in a clan dominated by one female, known as the matriarch, and all females outrank males. While this is quite unusual in the animal kingdom, there is a good reason why girl power rules the hyena clans. Female hyenas have three times more testosterone in their bodies than their male counterparts! This results in them being more muscular and more aggressive. And, as if that wasn’t enough, it also causes the hyena females to grow a pseudo-penis!

This makes it incredibly difficult to differentiate between male and female hyenas. The females don’t have external vaginas and urinate through their pseudo-penises, just like the male hyenas. And, in case you were wondering, yes, they are capable of an erection. 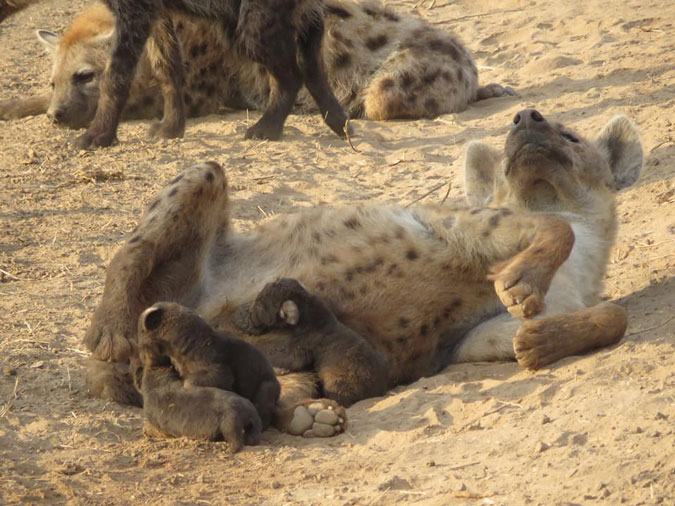 Just when you thought it couldn’t get any weirder, the poor female hyenas need to give birth through their pseudo-penis. No surprise here, but it’s quite a painful process for the mother and often tragic for her babies.

Hyenas usually bear litters of two to four cubs, but sadly about 60% of them suffocate on their way out. The mothers are also in danger as the birth canal is only an inch in diameter, often making the birthing process fatal, as evidenced by the high death rate for first-time mothers.

Interestingly, the spotted hyena cubs are born with their eyes open, contrary to the other two species (the striped hyenas and brown hyenas). The hyena cubs will suckle for as long as 12 to 18 months, which is unusually long for carnivores.

At about 5 months old, they will begin to snack on meat from kills near the den. Then when they are about a year old, cubs begin to follow their mothers on their hunting and scavenging forays. Until then, they are left behind at the den with a babysitting adult. 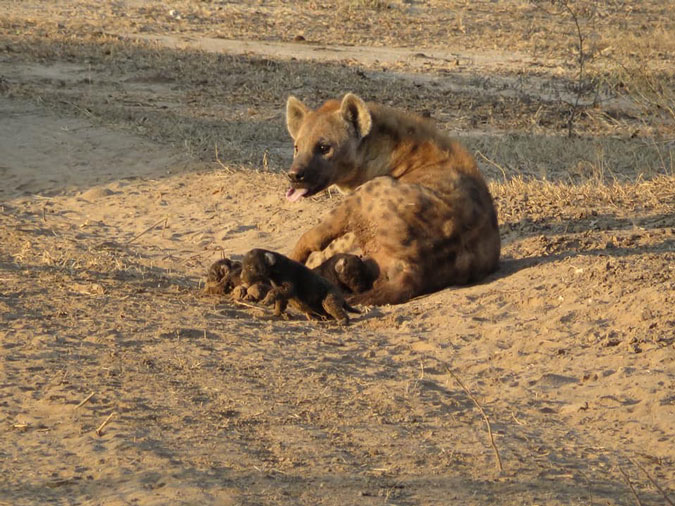 It’s rare and wonderful sightings like witnessing the birth of hyena cubs that makes the South Luangwa National Park such a special place to visit. Also, read Hyena Birth – moments of magic.