Can CITES be fixed? Practical suggestions that make sense are being ignored

Posted on June 25, 2020 by teamAG in the Opinion Editorial post series.
ShareTweetPinEmailShareShareLinkedIn

There is no escaping the fact the mechanisms driving CITES are categorically failing the species that the treaty was enacted to protect. The system has come under fire over recent years from numerous directions, including a comprehensive report jointly compiled by the EMS Foundation and Ban Animal Trading, which exposed several failing points throughout the process in South Africa’s trade in wildlife with China. There is little question that the CITES permit system is outdated and inefficient, providing far too much leeway for abuse and illegal operations. Recent international focus has steadily shifted from outright condemnation of the illicit trade of wildlife to the realization that this has to be remedied alongside the process of bringing the legal trade under some degree of control.

CITES was meant to provide this control – it is the main treaty and organization that governs the international trade in over 36,000 species of plants and animals. From a sympathetic perspective, the underfunded organization is faced with having to manage the polarized demands and requests of over 183 member parties, to find a way to reconcile ideological disagreements and trade realities with some form of middle ground. And it is not succeeding. So, what is the answer? Some call for the system to be scrapped altogether, and others suggest fixing the existing system from within.

Nature Needs More (NNM) and For the Love of Wildlife (FLOW), Australian non-profit organizations, have compiled a full report into the substantive changes they believe would help to control the legal trade in animal species, which in turn will prevent the illegal trade from exploiting loopholes. Africa Geographic approached Nature Needs More with several questions relating to their numerous recommendations, open letters, and requests for meetings with CITES and their response speaks to the dedication shown in looking for practical solutions. The organization’s starting point is that CITES-regulated legal trade in flora and fauna has an estimated worth of US$320 billion per year, while the CITES core budget to administer legal trade is US$ 6 million per year. The disparity in those numbers is enormous, to the point of absurdity, and utterly contrary to other international trade models. CITES needs to modernize, says NNM (a position difficult to dispute), and they propose three steps to affect this modernization:

The current CITES systems are not managing the massive increase in trade volume that has occurred since its inception in the 1970s. While a handful of developed countries have implemented bespoke electronic permit systems at great expense, a low-cost solution exists and is available to all Parties to the treat. Only one, Sri Lanka, has fully implemented the eCITES system – the others claim a lack of funding. NNM approached world-leading experts in trade analytics who described the CITES trade database as the “worst designed and most impenetrable data source they have ever come across”. But this cannot be rectified until the various countries have all implemented an electronic permit system so that the data comes from one unified source.

Reverse listing is the opposite approach to the one currently adopted by CITES. The basic CITES starting point is that all species can be traded unless restricted on one of the Appendices, which means that species can be traded until it is proved that they need protection. Recent research shows how this has failed, with some species waiting over nineteen years for classification. A reverse listing system would base the default position on no trade and shift the burden of proof to those promoting the trade.

In reality, due to signatory country arrears, CITES receives less than $6 million per annum – and yet has to regulate, monitor and enforce trade worth about US$320 billion. This disparity, the organization argues, can only be resolved by regulations that will force the industry to pay the cost of regulation. This would be similar to the European Medicines Agency which has an annual budget of $350 million, of which 90% comes from industry member fees. 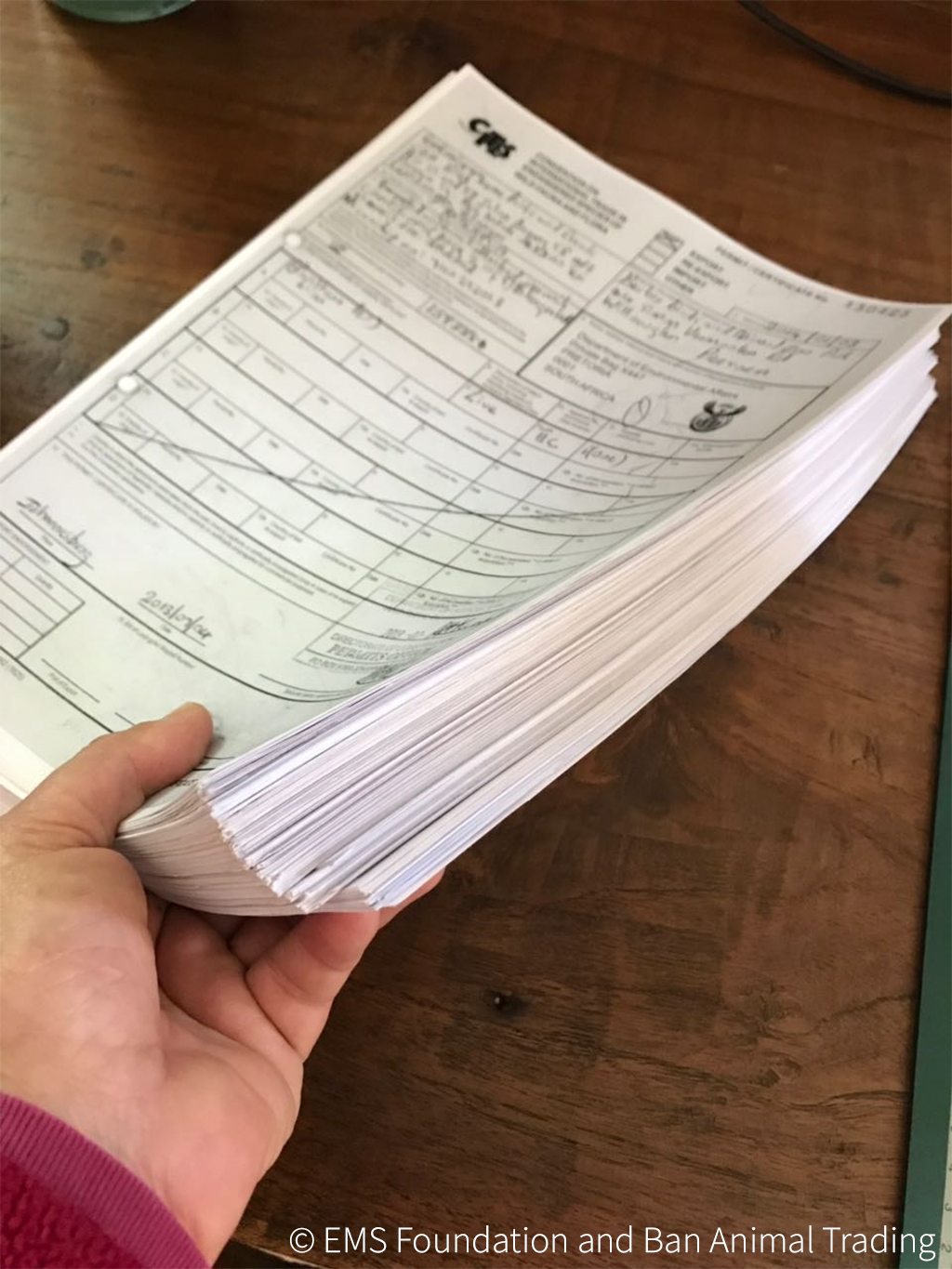 At present, the forgery and modification of paper import and export permits are so common as to be considered the norm, rather than the exception. This allows dishonest exporters and importers to lie about whether traded species are captive-bred or wild-caught, the volumes included on the shipment, the species included in the shipment and intended final destination of the imported species. This, in turn, makes it almost impossible to estimate the scale of either legal or illegal trade, as the records are patchy and, at times, non-existent. It is not difficult to understand why NNM, FLOW, and other such organizations point to the implementation of electronic permits as a priority.

According to them, rolling out an ePermit system which would function within existing customs structures would cost about US$150,000 per country, less than $30 million in total (a figure confirmed by UNCTAD and CITES). Yet communications with CITES, as well as from UNCTAD and governments in signatory countries all point to the fact that funding is the critical issue in preventing the rollout of the eCITES BaseSolution. One CITES official even suggested to NNM that it would need a donation from a philanthropist to get the ball rolling. To be clear, the suggestion is that an international trade industry valued at $320billion per annum requires philanthropic donations to implement the most basic of monitoring systems.

According to a 2016 World Bank Report, $200 million was spent over six years for “promoting the sustainable use model” as part of the funding to tackle the illegal wildlife trade. NNM and FLOW have therefore questioned why $30 million could not be made available to better manage the existing trade if $200 million can be found to promote even more trade in wildlife.

Philanthropy or the cost of business?

One of NNM’s suggestions is that businesses that benefit from the trade in wild species could be called upon to cover this once-off cost. They mention luxury brand companies such as Kering, LVMH,  and L’Oréal as examples – all companies that use CITES-listed species in their products. At this stage, there is no legal or political pressure on these companies to do so. Still, when NNM approached the Global Fashion Agenda, they responded that their brands and retailers have a low level of knowledge in this area. Given that the trade in wild species is one of the driving factors behind the loss of biodiversity, says NNM, this speaks to a failure on the part of organizations that should be raising awareness with brands that use these species. Such a lack of knowledge would not be the case under a reverse listing system, explains NNM, as the industry would have played their role in proving that trade was sustainable.

Furthermore, those that profit the most from the trade – the importers – contribute almost nothing apart from token costs. NNM explains that when they approached governments about industry contributions, the governments were more receptive. For any other major industry, it is standard practice for the industry to bear at least part of the cost – why should the wildlife trade be any different? 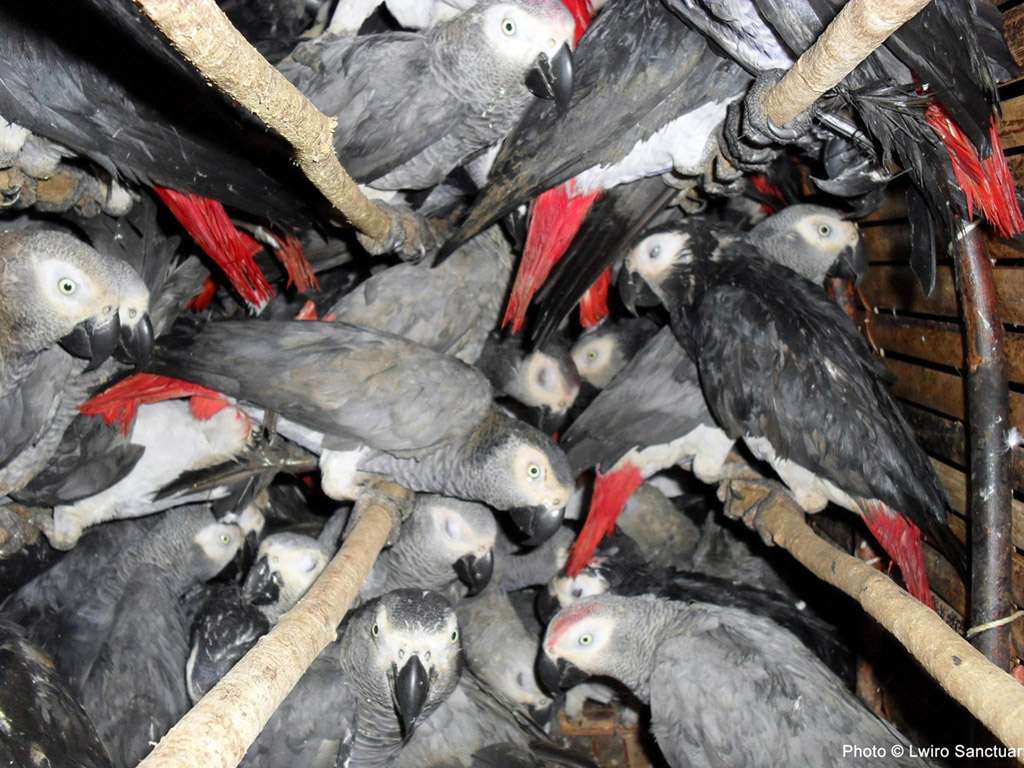 NNM and FLOW reported to us that they sent their first letter to the then Acting Secretary-General David Morgan in 2018, with no response. After months of trying, they once again contacted the new Secretary-General to reiterate their suggestions and request a meeting. This meeting was agreed to in an email in March 2019 but never materialized, and all further attempts to contact the Secretary-General have been ignored. To date, they have had no further contact or received any comments or responses to their proposals.

The organization also proposed that CITES provide transparent and verifiable trade analytics for the top 50 listed species over the last decade – a request that would, in theory, go a long way to proving that the “sustainable use” model is working. The request was made during discussions with the IUCN and CITES representatives who were specifically addressing sustainable use and was met with a significant degree of deflection. NNM says that they will repeat the request in a more formal setting later this year.

The process of drafting, signing, and enacting a treaty is an invariably protracted process and setting up the foundations for a system of monitoring trade even more so. While ideological differences make CITES an inevitably controversial topic, the fact remains that it is an existing framework. Its systems are antiquated, and its enforcement seems to be tragically limited, yet when organizations like NNM and FLOW come forward with substantive suggestions for change, they are met with lumbering inertia. And that responsibility rests with the Member States – the force to change this inertia can only come from them.

But while NNM and FLOW have recognized this and set out to lobby various representatives of the governments concerned, the truth remains that in many instances, controlling wildlife trade is not a priority for many countries. The reality is that a complete cessation of wildlife trade is not going to happen in the foreseeable future and, as NNM explains, “[w]e need to move to the point of introducing real and pragmatic solutions to ensure that the legal trade system is suitable for current and future trading volumes.” The impetus for this change has to come from the governments that purport to act as guardians of their country’s wild species.

The above is a summary of the proposals put forward by Nature Needs More and For the Love of Wildlife. The full reports, background and proposals can be accessed here: Three steps to modernize CITES

Related: What exactly is CITES, and how does it work?