Posted on May 19, 2020 by teamAG in the Decoding Science post series.
ShareTweetPinEmailShareShareLinkedIn 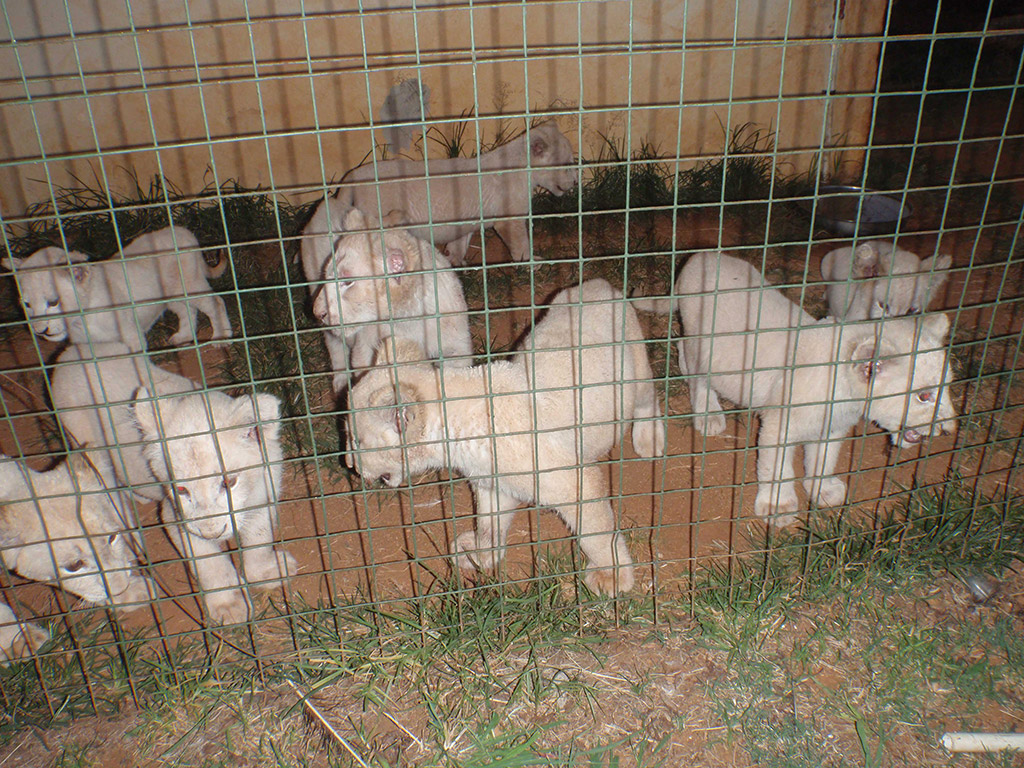 In the second instalment of their Extinction Business series, the EMS Foundation and Ban Animal Trading have released a report into South Africa’s ‘legal trade’ in wild animals with China, exposing numerous irregularities and violations, as well as how this purported ‘legal trade’ facilitates the illegal laundering of wild animals.

In the sequel to their report on South Africa’s lion breeding industry and the trade in lion bones, the two NGOs systematically obtained their information through governmental and non-governmental sources to investigate the permits issued for the export of wild animals, as well as their final destination. South Africa is now the largest exporter of live wild animals to Asia, and the vast majority of these animals are either killed for their body parts, or meat, sent to “laboratories” or else kept under horrendous conditions in ‘zoos’. The animal welfare laws in China, which is by far the largest market in the world, are notoriously lax and in certain situations, non-existent.

The report, entitled Breaking Point, highlights the many loopholes in the existing CITES monitoring systems and opportunities for abuse and corrupt practices (a previous study with similar criticisms of CITES can be read here). Between 2015 and 2019, some 32 different wild animal species were exported from South Africa to China, many of which are listed as Appendix I animals – such as tigers, rhinos, cheetahs, lions, and chimpanzees. In theory, the trade in Appendix I animals is banned unless they come from a CITES-registered breeder. Other animals mentioned by the report include caracals, giraffes, wild dogs (African painted wolves), hyenas and meerkats. Forged or modified permits were used to facilitate illegal shipments of animals and where Appendix I animals were concerned, wild-caught animals were passed off as captive-bred specimens.

The report lists several brokering and wholesale companies, along with zoos, that are heavily implicated in the trafficking of these species. It systematically examines several breeding facilities in South Africa involved in this trade, many of which advertise their wildlife stock on social media. Where possible investigators involved in the compilation of this report followed the records of exported animals to their ‘intended’ destination. Some of the listed importers were untraceable, or the listed address on the permits led to empty buildings or offices. Of the animals that could be traced to ‘zoos’, often the numbers of animals recorded on the permit did not match those present in the zoo itself, and the missing animals were unaccounted for. For those that remained in the zoos, the report includes images of the conditions that the remaining animals are exposed to. These include horrifying concrete enclosures, severely malnourished animals, chimpanzees crowded into a glass exhibit with no access to the outside world, wild dogs confined to concrete paths by electric fences and giraffe in overcrowded, filthy buildings.

The report is hugely critical of CITES, as well as the local government authorities that should be acting to control this trade. The authors describe the oversight of the trade by CITES as so lax as to be almost non-existent, with little to no attempt made to investigate the legalities of the breeding facilities and importers, or the welfare standards of the breeding, transport or intended use or display of these animals. Importantly, the irregularities exposed by the report are not exceptions to a general rule – illegal or corrupt activity was exposed in the majority of the export situations investigated. The report condemns the idea of ‘well-regulated’ markets as a ‘smokescreen’ for the exploitation of animals for financial gain.

Here are some of the points of failure highlighted by the report: illegal shipments masquerading as legal; compliance and enforcement negligence; little to no verification measures; little to no record as to the origin or destination of the animals; and no verification that animals are captive-bred.  Such is the failure of CITES, says the report, that the system should be scrapped entirely, to be replaced by an altogether different approach. COVID-19, say the authors, should be viewed as an opportunity to create a shift from “an anthropocentric to a more ecocentric system of values” with an overall ban in wildlife trade. South Africa’s wildlife trade, they write, is “large, poorly enforced, indefensible and shameful” and the report issues an urgent plea to the South African government to comply with their responsibilities to protect wild animals against exploitation.

The above is a summary of an extensive 118-page document, and we strongly recommend that you read it in full: “Breaking Point: Uncovering South Africa’s Shameful Live Wildlife Trade with China”.