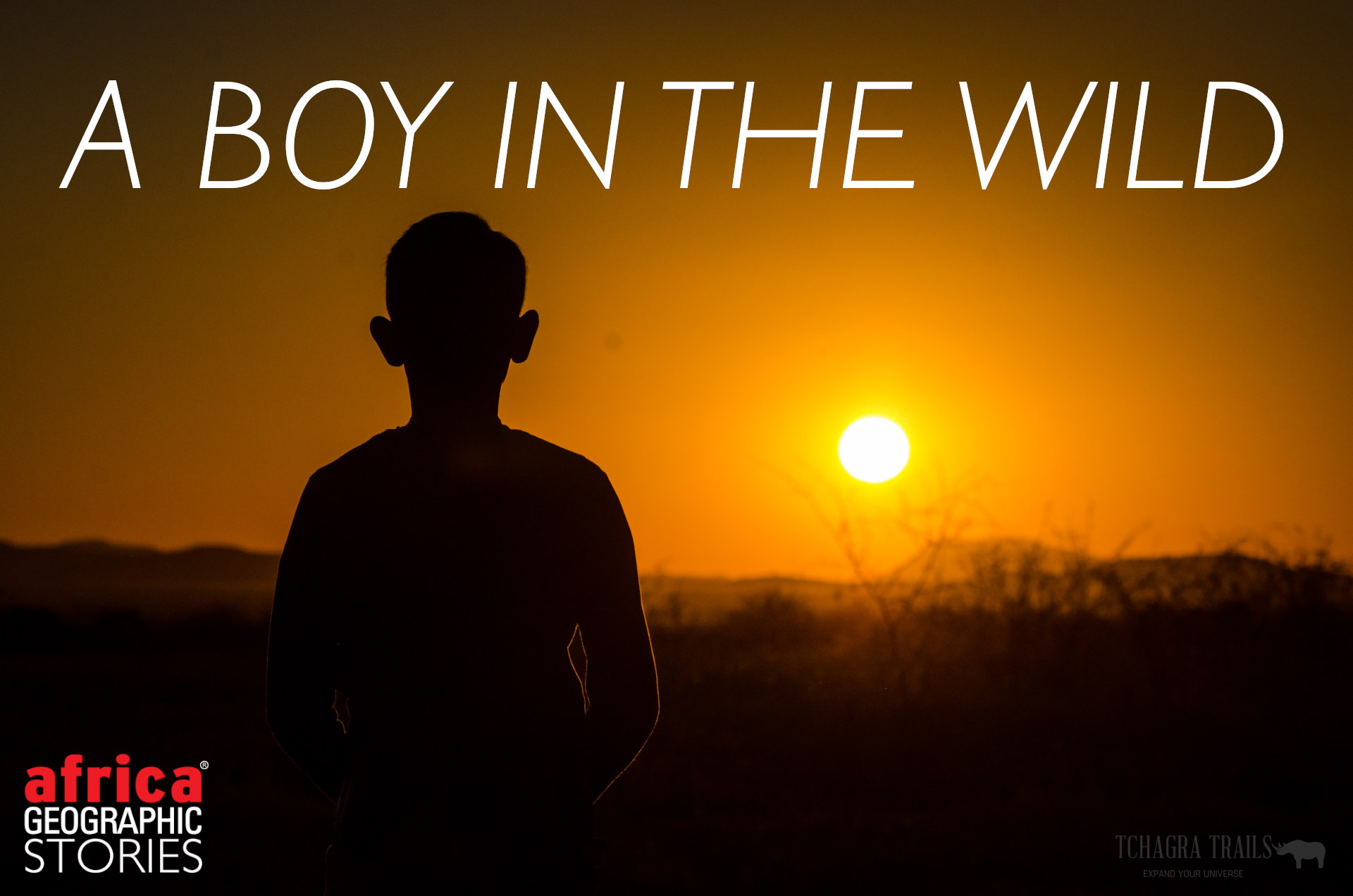 My name is Luka, and I am ten years old. I was lucky to recently spend ten days of my school holidays in Madikwe Game Reserve in South Africa –  where I spent the first eight years of my life. My mom was a guide in Madikwe, and I had my first game drive when I was just days old. Some of my story here is about dead animals, which can be upsetting. But I have lived in the bushveld for most of my life, and I am used to seeing dead animals.

It was go-go-go from the first morning I woke up! An early start with my ranger friend who I was staying with for the first while. We headed off on patrol to check the anti-poaching cameras. Mostly, this means checking and replacing batteries and fixing any cameras that animals have damaged. We found one camera with a cracked screen from an elephant tusk. After about five hours of checking cameras, it was time to head back home for some banana bread – yum yum.

Early the following morning, one of the Madikwe guides radioed that he had found a dead lion. It was the big male, Monamogolo (this means ‘old man’ in English). He was the biggest and most dominant of the Madikwe lions.

We immediately drove to the carcass. The first thing we noticed was the awful smell….worse than rotten eggs! He had probably been dead for about four to five days.

We had to do a post-mortem to find out what caused the lion’s death. Only the head and the front legs were still there; hyenas must have eaten the rest. There was a broken bone in the neck from a hyena, but the clue that the cause of death was other lions came from the facial bites. We could see the tooth marks on the skull. It seemed as if the lionesses of the Jamala pride killed the old male. Monamogolo had killed three of their cubs before he died (they weren’t his cubs).

The lionesses didn’t kill him straight away but rather fought with him and then left him to die. It was weird there were no bite marks on the neck. This is where you would expect to find killing bites. Also interesting to me was that there were no injuries or cuts on the lionesses, which we bumped into later. We removed the head and paws of the lion to prevent poachers from getting hold of them and trying to sell them.

Two hours later, we received a call about a badly injured rhino bull that had been in a fight with another bull. We met up with the vet and went to the location of the injured rhino. Luckily we found the rhino easily and didn’t need to call in a chopper to look for him. The vet carefully approached the rhino on foot and successfully darted him. After the drugs took effect, we gave him some medication for his injuries. It seems the other bull hooked and stabbed the injured one behind his front legs and around his scrotum! We then drilled into his horn and inserted a microchip. The vet gave him the antidote to wake up, and then the bull peacefully went back into the bush.

It was a hectic and exciting day that I will never forget.

The next day I went to a lodge on the western side of the game reserve for a couple of days. On the first day, we had to do the shop run to a tiny town called Derdepoort. I went with my two ranger friends. On the way, we got a call to shoot a zebra to feed some male lions in the boma. (Editors note: These boma lions are part of a project to maintain the Madikwe lion population’s genetic diversity. They will be released into the reserve when they have habituated sufficiently. The bomas do not contain any other animals, and food is provided for the lions). We searched for about three hours to find a suitably sized stallion. After loading the zebra on the back of the car, we headed to the boma.

When we dropped the carcass off the back, the lions fought over the meat. The youngest male seemed to be confused about what the zebra was and played with it for about 20 minutes. These are new lions, two young males and an older lion that will be released into Madikwe, hopefully as a coalition. This will also be good for the park seeing that one of their biggest lions has just died.

My next stop was more relaxing – a private lodge on the eastern side of the reserve. We enjoyed some nice game drives and relaxation after all the conservation work we had done. We were with an excellent and experienced guide – Evan. I had a lovely time with him as we got on very well. Evan is a very interesting guy, and there was so much to see. We had elephant dung tea, rubbed our backs on rhino rubbing posts and ate VERY nice game drive snacks. We also found two lionesses one morning. One of them had blood on her face. We followed, and it turned out they were on their way to fetch their cubs. With the cubs following them, they led us to a fresh kudu carcass.

It was nice to visit Madikwe again, and to remember the places I have memories of. I will visit again – hopefully often.

For more on taking kids on safari see here

Here is another story of a family on safari