Posted on August 17, 2020 by teamAG in the Decoding Science post series.
ShareTweetPinEmailShareShareLinkedIn 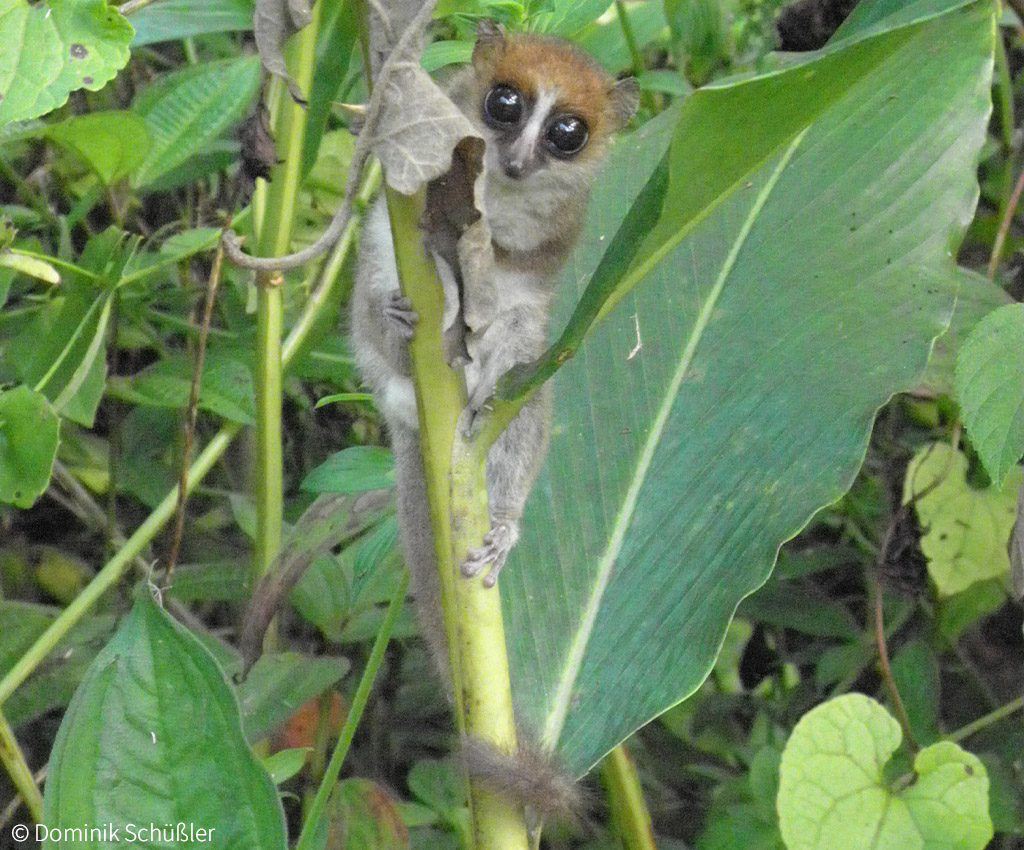 Over nine years, from 2008 to 2017, the team captured some 117 mouse lemurs, either using traps or by hand during nocturnal surveys. The lemurs were extensively measured and observed, and small biopsies were taken from their ears for DNA purposes before they were released back into the wild where they were captured. While the status of some mouse lemurs has been contested in the past, in this case, the biologists were able to show both sufficient genetic diversity as well as distinctive morphology (physical characteristics) to justify concluding that M. jonahi should be considered to be a distinct species.

The new species of mouse lemur is among the larger mouse lemur species and has a prominent white stripe running down its nose, with reddish-brown fur and the typical large eyes of this nocturnal genus. It measures around 26cm from the tip of its nose to its tail and weighs on average 60 grams. It was named for Professor Jonah Ratsimbazafy, a respected Malagasy primatologist, who according to the study, “serves as an inspirational role model for young Malagasy students and scientists”.

There are over 100 species of lemur endemic to Madagascar, which translates as some 20% of all primate species on the planet. However, the full extent of their species diversity is still being researched. Mouse lemurs (Microcebus) are the smallest of all primates. New species have been regularly discovered and described since the 1990s, the most recent additions (before Jonah’s mouse lemur) being described in 2016 based on genetic evidence from mitochondrial DNA.

Yet almost as fast as they are being described, the conservation status of primates in Madagascar becomes more precarious. In a recent announcement, the IUCN revealed that 31% of all lemur species in Madagascar are now listed as critically endangered, and 98% of them as threatened, primarily due to deforestation and bushmeat hunting in Madagascar. Newly listed as critically endangered are the Verreaux’s Sifaka (Propithecus verreauxi) and Madame Berthe’s mouse lemur (Microcebus berthae), which is the smallest primate species in the world. Madagascar has lost nearly half of its forests in the last 60 years.

“Alarmingly”, reads the study, “lowland rainforest habitats have disappeared from most of the east coast, and our study region is no exception. Under these circumstances, population declines are unavoidable”. This accelerating loss of habitat will most likely impact Jonah’s mouse lemur (and probably already has), given that it seems to be found only in Mananara‐Nord National Park, which is already isolated from surrounding forests.

Dominik Schüßler, one of the lead authors of the study, told Africa Geographic that “although it is only a tiny lemur species that we recently described, it is a symbol for the situation of nature conservation in Madagascar.” Professor Ute Radespiel of the Institute of Zoology, University of Veterinary Medicine Hannover, explained further that “this study with the description of a new mouse lemur species demonstrates that the unique biodiversity of Madagascar is far from being understood. Many of the recently described species have only small distributions, which puts them at high risk, since the remaining forests of the island are under acute pressure from habitat destruction and fragmentation. Major and immediate conservation efforts will be needed to ensure their long-term survival during this critical period.”

The full study can be accessed here: “Ecology and morphology of mouse lemurs (Microcebus spp.) in a hotspot of microendemism in northeastern Madagascar, with the description of a new species”, Schüßler, D., Blanco, M., et al., (2020), American Journal of Primatology.