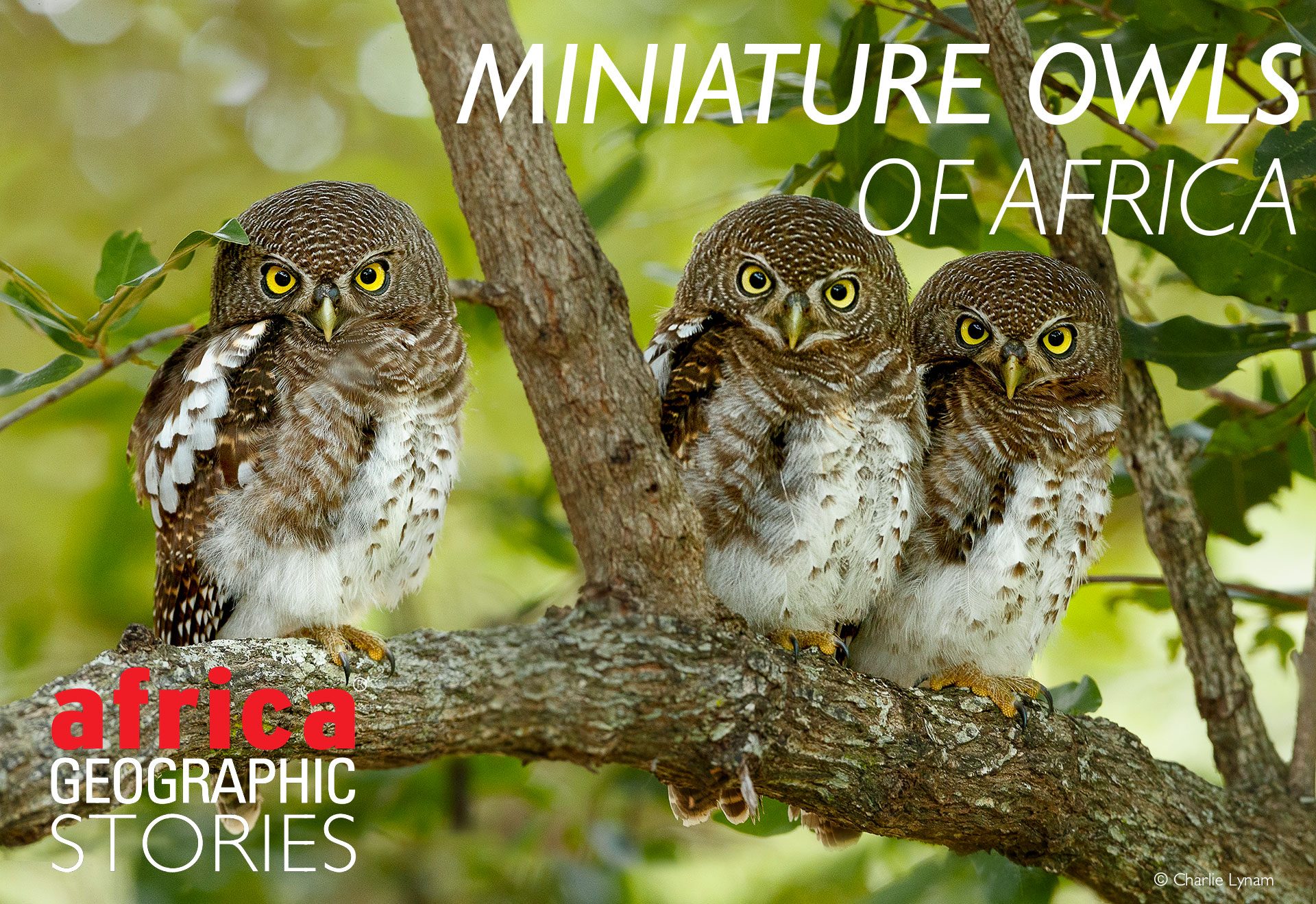 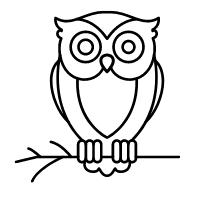 Owls are innately compelling animals. They haunt the world’s nights on silent wings, adorned in soft, subtle colours and filling the evenings with soft hoots or piercing whistles (or, in the case of the barn owl, heart-stopping screams). Yet while the larger owl species are somewhat awe-inspiring and majestic, the miniature owls of Africa are perhaps best set to capture the imagination. Of all of the continent’s charismatic avian residents, these minute little predators have the most astonishing array of anthropomorphic facial expressions. From wide-eyed curiosity or imperious judgement to surly irritation or steely fury, the smaller owl species are both endearing and oddly relatable.

In fairness, this is a somewhat subjective judgement call for the Strigiformes species (owls), which range in size from the sparrow-sized elf owl (occuring in the southwestern United States and central Mexico) to the enormous Blakiston’s fish owl (native to China, Japan, and Russia) with a two-metre wingspan. However, for the purposes of this article, miniature/small owls are considered to be those under around 30cm (roughly 12 inches) in height. In Africa, that includes four different genera of owl: the scops-owls (Otus spp.), the owlets (Glaucidium spp.), the white-faced owls (Ptilopsis spp.) and the little owl (Athene noctua).

The small owls occupy a wide variety of habitats and very similar ecological niches, with a predominantly arthropod-based diet that may also extend to small mammals, birds, reptiles, and amphibians.

Scops-owls – the subtle and secretive

The Otus genus is the largest genus of owls, incorporating at least 58 species and thus comprising roughly 20% of the world’s 220-plus owl species. The scops-owls were once grouped together with the New World screech-owls (now reclassified as Megascops). While the evolutionary relationship has yet to be fully elucidated, the scops and screech-owls are believed to be closely related.

The scops-owls are entirely nocturnal, spending their days hidden in the trees and relying on the extraordinary camouflage afforded by their mottled grey or brown plumage. As a result, they are highly cryptic species and usually only revealed by their gentle “prrrp” call, a characteristic sound that epitomises the African night. Only those with exceptionally sharp eyes (or intimate knowledge of their favourite roosting sites) can spot scops-owls roosting during the day. And those that do succeed will probably find themselves subjected to a rather haughty glare.

African scops-owl is probably the best known and most widely distributed of the African scops species. As the smallest owl in southern Africa, they stand just 15–17cm tall (to put that into perspective, these little birds could fit into an average coffee mug). However, one of the most remarkable aspects of the Otus genus is their extraordinary diversity in various fragmented habitats. This applies in particular to the endemic species of the Indian Ocean archipelagos and islands but also isolated patches of forest in West, Central and East Africa.

There are endemic scops-owls in Madagascar, Seychelles, Pemba Island off East Africa, and Karthala, Mohéli and Anjouan Comoran islands (each considered a separate species named for their respective islands). São Tomé has a scops-owl, and a new species was discovered on the neighbouring island of Príncipe in 2016. On the mainland, the cinnamon-coloured sandy scops-owl is found throughout the tropical rainforests of Central and West Africa. The endangered Sokoke scops-owl occurs only in the scattered forests of coastal Kenya and lowland Tanzania. These fascinating birds were first identified in the Arabuko-Sokoke Forest Reserve near Watamu, Kenya, and are highly polymorphic, ranging in colour from a drab grey to rufous.

The Mascarene owls of Mauritius, Réunion and Rodrigues, now known to have been scops-owls, are all extinct.

The owlets – noisy and conspicuous

In North and South America, owls from the genus Glaucidium are known as pygmy owls, but in Africa and Asia, they are referred to as owlets. They are characterised by round heads, prominent brows, a conspicuous lack of ear tufts and bright yellow eyes. Many of the owlet species are active at dawn and dusk (and even throughout the day in winter), and their piercing call-and-response whistles are unmistakable. While still small, they are far more conspicuous than their scops-owl cousins and almost invariably attract the ire of other bird species that descend en masse to mob them.

The white-faced owls – the shapeshifters

There are two members of the Ptilopsis genus, found only in Africa: the northern and southern white-faced owls. They are often incorrectly termed white-faced scops-owls, and, while there is a degree of similarity (ear tufts and mottled grey colouration), the scops-owls and white-faced owls belong to separate genera.

White-faced owls have interesting strategies when confronted with a potential threat. One approach is to spread their wings, puff out their plumage and hunch over in an intimidation display. Alternatively, they may adopt what is known as “concealment posture”. The owls draw themselves up tall, pull their feathers tight against their bodies, narrow their eyes and stretch up their ear tufts. The transformation is utterly remarkable and almost a little uncanny. Many owls, including scops-owls and screech-owls, have this ability, but the change in white-faced owls is theatrical. As the name “concealment posture” suggests, it is believed to help the owl look like a tree branch. It is especially disconcerting when a roosting pair is encountered, one completely normal and the other looking like what can only be described as an evil sorcerer in a children’s film.

The little owl – the mythologically wise

Finally, the little owl may be well-known in Europe and Asia, but few realise that its range extends to the northern fringes of the African continent. They are similar in appearance to the owlets and roughly the same size, but their ranges do not generally overlap.

The little owl is also sometimes called the owl of Minerva and was closely associated with goddesses Athena and Minerva in ancient Greek and Roman mythology. This link with the goddesses of wisdom may explain why the owl is often a symbol of wisdom and intelligence in Western cultures.

Would you like to do your bit for owl conservation in Africa?

Read about how you can support the EWT’s Birds of Prey Programme and their Owl Conservation and Research Project.

Also check out the invaluable work done by the Dullstroom Bird of Prey and Rehabilitation Centre.