Posted on October 13, 2022 by teamAG in the Decoding Science post series.
ShareTweetPinEmailShareShareLinkedIn 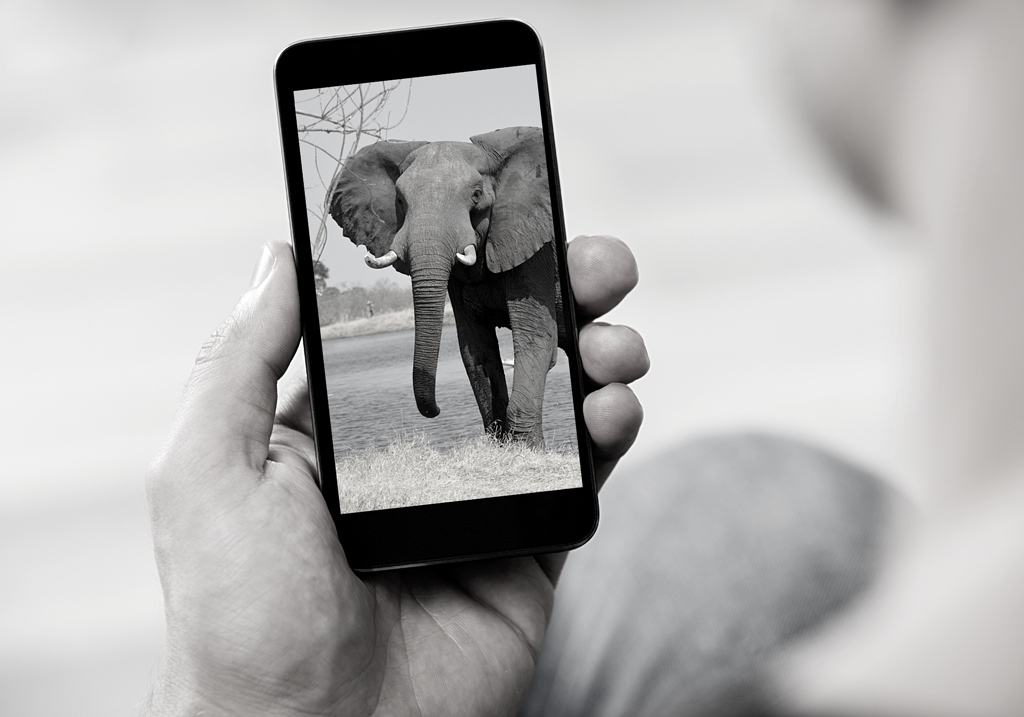 The burgeoning popularity of social media has allowed it to evolve into a potent force with positive and negative consequences. From raising awareness to the proliferation of misinformation, social media can significantly impact conservation efforts. New research highlights how the attention elephants receive on Twitter fails to align with the most urgent conservation issues facing the species.

The researchers opted to focus on Twitter over other social media platforms because Twitter “aspires to facilitate real-time public conversations”. The studied tweets about elephants were posted between January and December 2019 and, once filtered for spam, numbered 2,484,228 tweets – which gives some idea of the reach of the messages conveyed. Of these, 3,749 tweets were manually analysed to understand their content.

The International Union for Conservation of Nature (IUCN) has identified three primary threats facing all three elephant species (Loxodonta africana, Loxodonta cyclotis and Elephas maximus): habitat loss, human-elephant conflict, and poaching. The magnitude of each threat differs between the species. Of the tweets analysed, just 21% related directly to the three major threats identified by the IUCN, with poaching receiving the most attention (13%), followed by human-elephant conflict (7%). Less than 1% addressed habitat loss.

Instead, the most frequently discussed topics overall were elephant welfare concerns such as tourist elephant rides (23%), non-specific conservation messages (19%), and videos and non-conservation news (17%). 10% of the tweets dealt with trophy hunting and culling, which the IUCN does not consider to be conservation threats to elephant populations. Furthermore, comments from non-elephant range countries were by far the most dominant on Twitter, with 72% of tweets originating from users in these countries. These users were more likely to post about elephant welfare concerns and trophy hunting and least likely to mention human-elephant conflict.

The researchers raise several reasons as to why their results are concerning. Political will – influenced by public interest – is essential in targeting and addressing anthropogenic activities that represent the most significant threats to endangered species. Public opinion, in turn, can be shaped by how mainstream media frames specific topics and how they are addressed on social media. If a person is repeatedly exposed to an issue on social media, they may be more likely to perceive it as important, possibly disproportionately so. Thus, public support, time and valuable resources might be misdirected towards initiatives that do not address the core threats to species and biodiversity. The authors use the example of the current emphasis on plastic pollution in the oceans – a serious concern but one which has been disproportionately emphasised over the more pressing threats of climate change and overfishing.

In addition, the disparities between the focus of users in elephant and non-elephant range states have the potential to contribute to a fundamental failure of understanding. A lack of awareness, particularly of the impact of human-elephant conflict, has the potential to create the impression that the lives of elephants are valued over those of the humans that live alongside them. As such, the authors emphasise a need to make local realities more central in social media discourse.

Another critical aspect raised during their research concerned the most discussed event among their analysed tweets: the death of a suspected poacher, killed by elephants and eaten by lions. The discourse around this event highlighted how extreme violence towards poachers is routinely advocated on social media. The upshot of this trend is that poachers are often portrayed as less than human, with no right to life or due process. Most of these tweets originate from states where the rights of suspected criminals are legally protected. This mismatch between the rights of their citizens and those of local community members is likely to reinforce the impression in local communities that their lives are undervalued. This could further alienate communities from conservation, and the authors call on the conservation community to call out and challenge this dehumanising narrative.

Though this research was focused on some of the challenges posed by social media, the authors conclude by emphasising that it can also be instrumental in generating support for conservation initiatives. The fact that many social media users are “motivated and willing to advocate for the protection of elephants” is a positive step. “[H]owever, suitable harnessing [of] this potential requires shifting the focus on social media towards the major threats to elephant conservation.”

Hammond, N. L., Dickman, A. and Biggs, D. (2022) “Examining Attention Given to Threats to Elephant Conservation on Social Media,” Conservation Science and Practice, (20220811)