Posted on December 27, 2019 by teamAG in the News Desk post series.
ShareTweetPinEmailShareShareLinkedIn 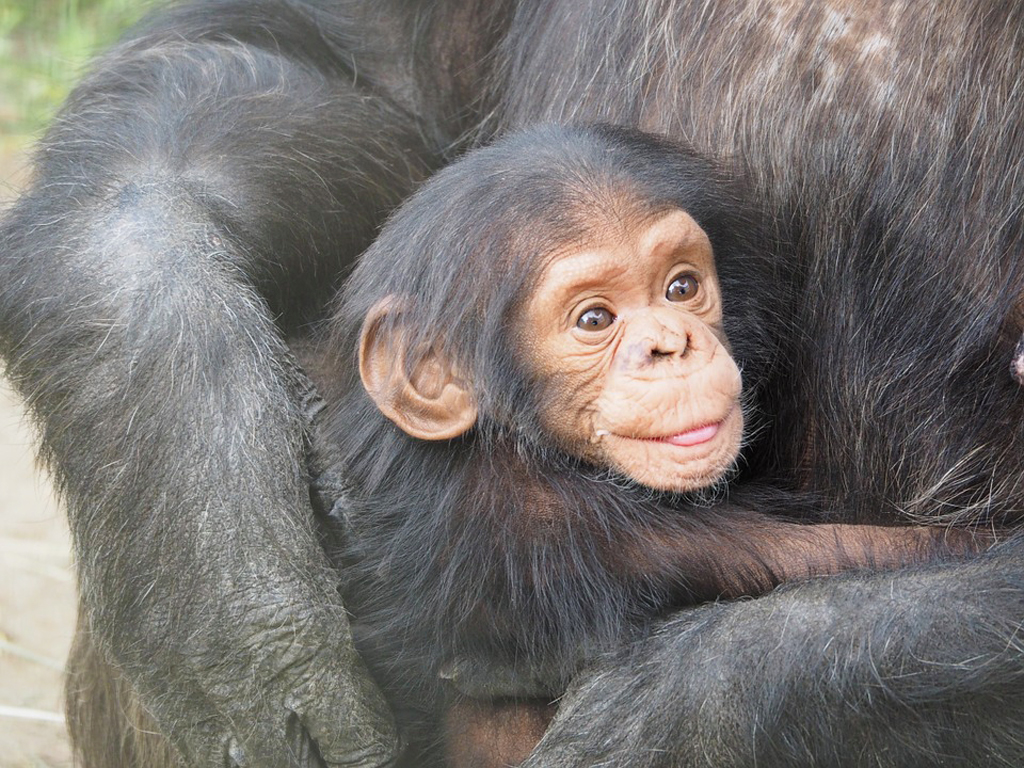 A prominent hotel in Kinshasa has been offering smoked baby chimpanzee on their menu, says local NGO Conserv Congo.

Conserv Congo director and former investigative reporter Adams Cassinga was advised by a tourist that the 4-star Beatrice Hotel (website + Facebook + Twitter) in Kinshasa, the capital city of the Democratic Republic of Congo (DRC), offered chimp on the menu, but plans for a sting operation were foiled when staff at the hotel were alerted to the situation, and removed the item from the menu.

According to the menu available at the time, a serving of smoked baby chimpanzee would set customers back US$35, and requires 24-hour notice.

Speaking to Africa Geographic, Cassinga said that Beatrice Hotel owner Mr André Kadima has popped up on his radar a few times over the last few years, in connection with allegations of wildlife trafficking, of both dead and live animals. He is a former employee of ICCN (the parastatal in charge of DRC fauna and Flora) and owns a zoo 60 km north of Kinshasa – ‘Kadima’s Pride of Africa.’

Conserv Congo has instituted legal action against Kadima, on the grounds that it is a criminal offence to hunt, injure, kill, sell or buy, gift or detain a protected species of animal or plant, and that the common chimpanzee (Pan troglodytes) falls into the protected species category. Potential punishment is 1-10 years in prison and/or up to US$20,000 fine.

Cassinga said that Conserv Congo recently won the first wildlife trafficking case in DRC, when three bonobo/pygmy chimpanzee (Pan paniscus) traffickers were sentenced to five months in prison and a fine of US$5,000 each. He went on to say that, at any given time in Kinshasa alone, there are at least ten great apes for sale. Red-tailed monkeys are butchered in hundreds daily as bushmeat, and many are held as pets and as symbols of wealth and status. He suggests that conservation plans are failing in Africa because of the demand for wild animals, which is based on greed, superstition and bad habit – and had nothing to do with cultural identity.

Consumption of bushmeat across the central African rainforests has escalated due to increasing commercialisation of what was previously a localised food source. Road and trucking networks provided by mining and hardwood forest logging companies facilitate easy access to otherwise remote and inaccessible areas, and meat is now being transported to major African cities and even to Europe and the United States, which host expatriate African communities.

Recently we exposed Instagram influencers Jessica Nabongo and Sal Lavallo for eating pangolin meat in a Gabon restaurant, and promoting the experience to their followers.

The Conserv Congo mission statement is to ‘preserve the biodiversity of the Congo basin’ and they do this primarily via investigating illegal trafficking and assisting the authorities in arresting and prosecuting offenders. They also educate members of the public about wildlife laws, promote alternative livelihoods to poaching and rescue trafficked wildlife, which they place in sanctuaries. In this video founding director Adams Cassinga explains more about Conserv Congo.  Cassinga is a Mandela Washington Fellow, Young African Leaders Initiative Fellow, DRC honorary park ranger and a member of the Game Rangers Association of Africa.

How can you help?

Conserv Congo director Adams Cassinga has requested supporters to donate money that will be used to fund the legal action taken against Beatrice Hotel owner Mr André Kadima, who is a wealthy man with significant legal resources at his disposal. Please contact him via this email address: aminiadams16@hotmail.com