The “Biology, Behaviour, Evolution and Conservation of the Coelacanth Population from iSimangaliso Wetland Park” is a project that includes the satellite tagging and monitoring of coelacanths in the world heritage site; that extremely rare and remarkable species of fish found in the deepest offshore canyons of the Sodwana Bay section of the park. The coelacanth, previously thought to have gone extinct, was discovered at iSimangaliso in 2000. 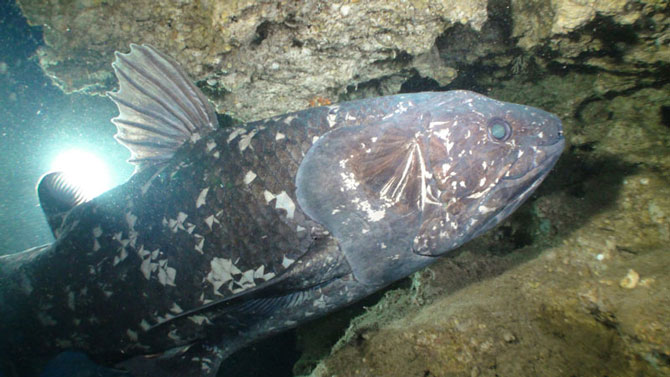 On the 8th of February 2014, a data-logging satellite tag was recovered offshore at Sodwana Bay. The tag released itself, as programmed, nine months after attachment and is identified as having been attached to ‘Individual 26’, fondly known as “Eric Eyelashes” after the diver who first photographed it, and referring to the eyelash-like white markings around its eye. The coelacanth, the 26th of 32 known individuals, had been tagged by a team of divers during a six week collaborative coelacanth research expedition on the 13th of May 2013.

The tag emerged about 12km north of the position where it was placed onto the fish, extending the known range of coelacanth distribution in the iSimangaliso Wetland Park by approximately 7km to a total range of approximately 60km. According to iSimangaliso CEO Andrew Zaloumis, the recovery of the tag and subsequent data retrieval is “exciting news for the park and its researchers, as this will add a tremendous amount to what we know about this elusive denizen of iSimangaliso. This tagging study is the first time that longer term data on coelacanth movement has ever been collected. The tag transmits summarised data via satellite and stores scientific information, the retrieval of which is critical to access the full set of scientific data.”

The tag is designed to continuously collect environmental data that can inform scientists about depth, position and temperature. Once the full set of data is retrieved detailed information on the behaviour and habitat of this coelacanth should be available. Scientists and divers are particularly excited to see the depth data to assess whether coelacanths move into deeper water particularly when temperature increases. Coelacanths have a relatively small gill surface area for their large body size and their blood physiology is reported to be adapted to cooler water.

Coelacanths are considered critically endangered and consequently iSimangaliso only permitted the tagging of only one animal. The tagging was an experimental move as there was a high possibility that the tag would release in a cave and not reach the surface or that it would release into the open water but not be found. 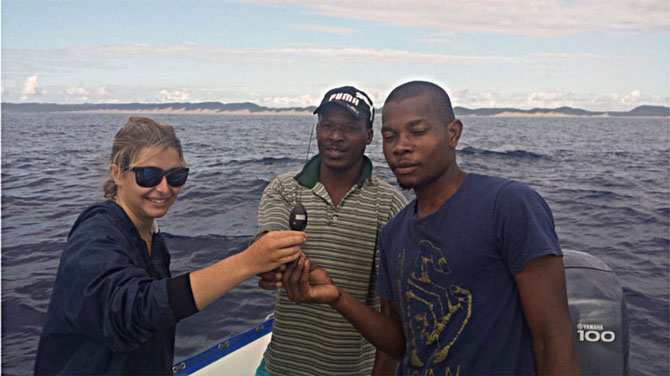 The tag will offer new insights into the movement, activity periods and diving behaviour of this coelacanth. Each coelacanth is uniquely marked and recorded in a Catalogue of Living Coelacanths of the iSimangaliso Wetland Park. Pressure, light intensity and sea temperature data will help determine when the coelacanth entered and left caves, diving behaviour or movement inshore and along shore movements over longer distances. This is the very first time that such data has been collected over such a long period and may reveal tidal, lunar or seasonal patterns in behaviour. More information on the thermal range and maximum and minimum depth of iSimangaliso’s coelacanths is also expected. This data can be used to guide coelacanth searches in the future.

The coelacanth has a history of surprise from its initial discovery after millions of years of presumed extinction through to new insights in reproduction, evolution and distribution. It is very likely that there is at least one new coelacanth secret stored in the little grey tag.