Opinion: The trouble with trophy hunting

Posted on November 21, 2017 by Guest Contributor in the Opinion Editorial post series.
ShareTweetPinEmailShareShareLinkedIn 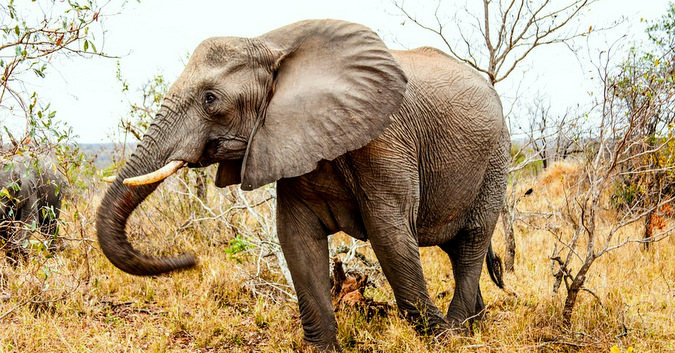 Opinion post: The trouble with trophy hunting, written by Frank Pope – CEO Save the Elephants

The news around the import of elephant trophies from Zimbabwe has put elephants into the spotlight over the last few days. Many of you, our supporters and partners of Save the Elephants, got in touch about the issue and we felt it important to let you know how we see it.

The later news that Trump blocked the decision is a positive sign that the conservation of elephants remains a concern regardless of politics. But it’s important to recognise why the US Fish & Wildlife Service lifted the ban on importing these hunting trophies in the first place.

Last week’s announcement reversed a decision the agency had made back in 2014. Before that for many decades American hunters were allowed to legally bring tusks back home from Zimbabwe. When the country could not provide data enough to prove that it was looking after its elephants adequately, the ban was put into place.

So what changed between now and then? Crucially, last year’s publication of the African Elephant Status Report by IUCN and the Great Elephant Count funded by Paul Allen showed that Zimbabwe’s elephants were being relatively well looked after. There were an estimated 2,000 elephants for the whole country in 1900 compared with up to around 80,000 today, the second-largest elephant population in Africa. Over the last 18 months, the country has done serious planning work for the conservation of its elephants, as US Fish & Wildlife set out in a thorough 40-page report. And part of Zimbabwe’s strategy for elephants involves trophy hunting.

While we don’t think that the existence of elephants in Zimbabwe would be endangered by trophy hunting, shooting elephants for pleasure is in our view morally indefensible. One should no more shoot an elephant for pleasure than a dolphin, a great ape, or a dog – a view that is shared widely in the civilized world. But it is trade in ivory, not trophy hunting, that is driving the catastrophic declines which continue in most elephant populations in Africa.

The timing of US Fish & Wildlife’s initial announcement was unfortunate. China is in the process of banning its domestic ivory trade, and glimmers of hope in the fight against poaching are starting to be seen in some key elephant populations across Africa. Against this backdrop, encouraging American hunters to kill elephants is very difficult to justify to the world. While trophies do not constitute trade, a policy that encourages hunting risks misinterpretation.

Trump’s intervention on the issue is welcome, but we believe that the poaching, trafficking and trading in ivory that we are fighting through the Elephant Crisis Fund are far more significant issues. In the past, the US has done strong, science-based and non-partisan work to solve them, and we hope they will continue to do so in the future.

Thank you so much for your support both to the Elephant Crisis Fund and to Save the Elephants’ work to forge science-based solutions for the long-term fortunes of elephants.