Posted on August 30, 2022 by teamAG in the Decoding Science post series.
ShareTweetPinEmailShareShareLinkedIn 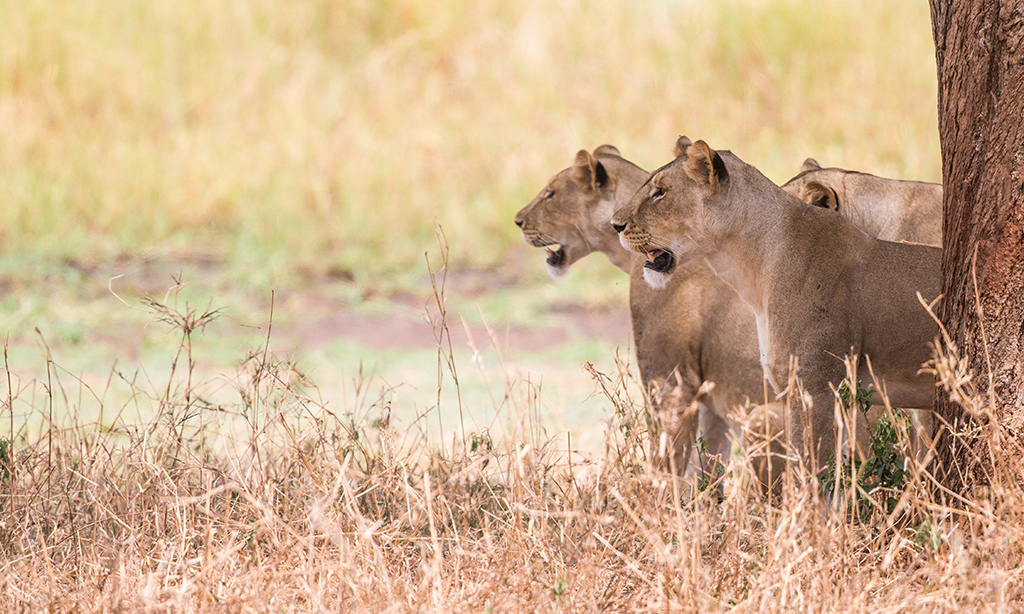 Human-wildlife conflict is one of the gravest threats facing wildlife conservation and local communities in Africa. One primary source of this conflict is the loss of livestock , such as cattle, to wild predators. Understanding when and how these predators, such as lions, select their prey is vital in generating mitigation strategies.

The study was conducted in Botswana’s eastern Panhandle region of the Okavango Delta. The fringe of the Delta is a known conflict hotspot where free-ranging livestock and wildlife coexist, and livestock losses are common. During the two-year study period, 197 cattle were killed in 143 different incidents. The vast majority (82.7%) were killed by lions, while African painted wolves (wild dogs), spotted hyenas, and leopards accounted for the remainder.

As might be expected, the scientists found that 87.1% of the incidents occurred between dusk and dawn, and all attacks on cattle in an enclosure took place exclusively at night. Though the lions killed only one cow on average, there were ten incidents where more than two cows were killed in one incident. These occurred in non-predator-proof enclosures, indicating that inadequate cattle pens may exacerbate livestock losses during single incidents. However, free-ranging cattle still accounted for the most losses during the study.

During the incidents involving enclosed cattle, the lions targeted young and inexperienced calves, prone to panic and stampeding when attacked without an escape route. Conversely, calves were avoided in incidents involving free-ranging cattle. Interestingly, lions seem to avoid heifers and adult cows in both contexts (enclosed and free-ranging), suggesting that the inherent sociality of the females reduced their risk. Instead, free-ranging bulls and oxen – more likely to be solitary than the cows – were the preferred prey.

Given their size and morphological similarity to buffalo, lion predation on cattle is inevitable. However, the authors point out that the process of domestication has removed many of the wild attributes – size, horns, aggression – that would have helped cattle discourage predation attempts. Thus, it was easy to understand why more polled (hornless) or small-horned cattle were killed while long-horned cattle were avoided. However, the discovery that lions preferred mottled cows over those with a solid colour coat was somewhat harder to explain. Lions have better night vision than humans, but this has come at a cost in terms of colour and detail vision, so they tend to respond more readily to movement. The scientists theorise that “the mixed pelage pattern helps identify movement” and draw the lions’ attention more frequently than solid-coloured cows.

Though it is an entirely understandable response, the research also suggests that chasing the lions off a cattle carcass may increase attacks. The data shows that early disturbance at a kill reduced carcass consumption by 40%, the equivalent of 30kg per carcass per lion. As lions need at least an average of 6kg of food per day to maintain condition (though they do not need to feed every day and usually consume more than this in one sitting), disrupting their feeding could force them to kill more frequently in “hit and run” attacks.

So, what are the implications of this research? The authors acknowledge that selective breeding for more “wild” characteristics like longer horns and aggression is an unlikely solution, as this would only make the cattle more challenging and even dangerous to handle. Regardless, the preferences displayed by the lions were subtle. The obvious upshot is that the antipredator activities fall to the humans that care for the cattle. The most productive action would be to confine the cattle at night, but this needs to be done in suitable, predator-proof enclosures to avoid the possibility of lions developing a preference for “easy, confined prey”. This is particularly necessary during the dry season when the cattle are more likely to travel greater distances for food and water.

For further reading on strategies to avoid livestock being consumed by predators, read this interesting study.