Keeping an eye on predators

Posted on August 31, 2020 by teamAG in the Decoding Science post series.
ShareTweetPinEmailShareShareLinkedIn 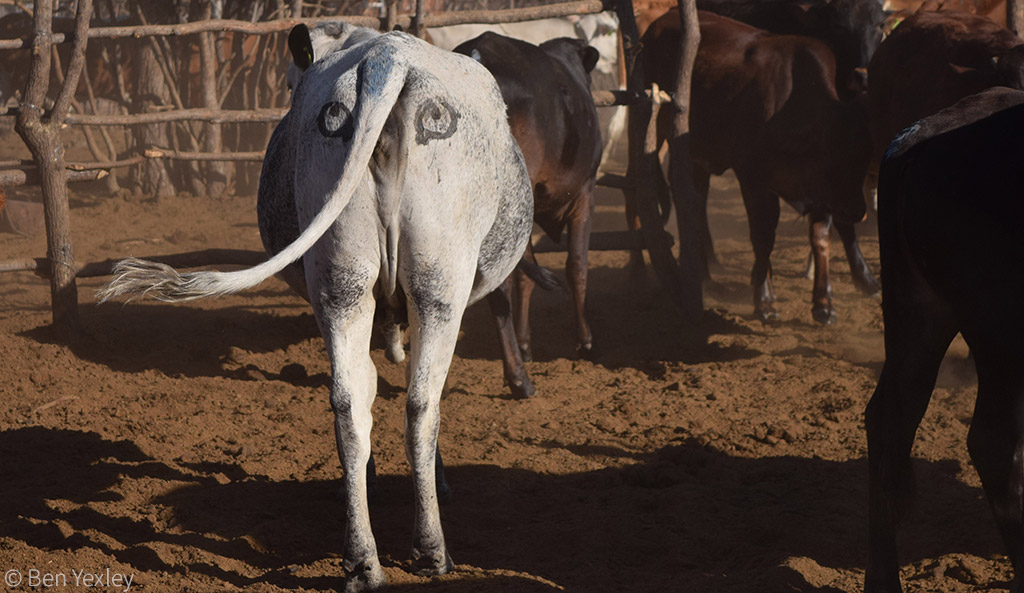 Anyone who has watched ambush predators like lions and leopards in action knows that their movements are almost invariably governed by the gaze of the animals they are hunting, particularly during the day. Unless there are exceptional circumstances (the crush of a river crossing during the great migration in Kenya and Tanzania, for example), predators have to wait for the opportunity to strike, and if they are spotted by their prey, the hunt is almost always over. Now scientists have found a way to use this instinctive behaviour to deter predators from attacking livestock – a practical application of ethology with the potential to reduce human-wildlife conflict in some of the most impoverished areas of Africa. And all it requires is a lick of paint in the right place – a cow’s rear end.

Attacks on livestock by wild predators are common in rural regions surrounding protected wilderness areas. This has an enormous impact on impoverished households that depend on their livestock to survive and often results in the tragic retaliatory killing of a predator and even mass-poisoning events. Scientists and conservationists are continually seeking ways of mitigating this conflict, and while there is no single solution, something as simple as painting eye markings on cows has now been scientifically proven to deter predators. 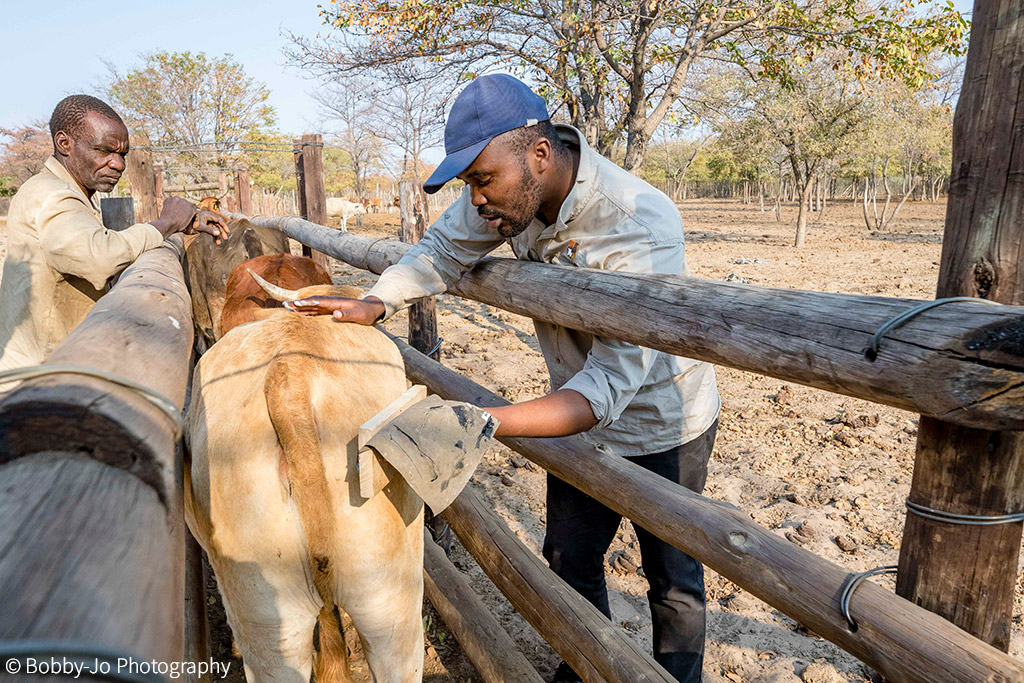 Eyespots in nature are relatively common, with moths and butterflies being the most obvious example, and while there is some disagreement as to how these eye-markings work to deter predators, it is clearly an approach that has been evolutionarily selected for. Researchers used this knowledge to test whether or not this could be applied in deterring large mammalian predators by painting eyes on either side of cows’ tails on non-commercial farms on the fringes of the Okavango Delta. In conjunction with Botswana Predator Conservation and the local herders of the region, the researchers studied 2,061 cattle over four years. 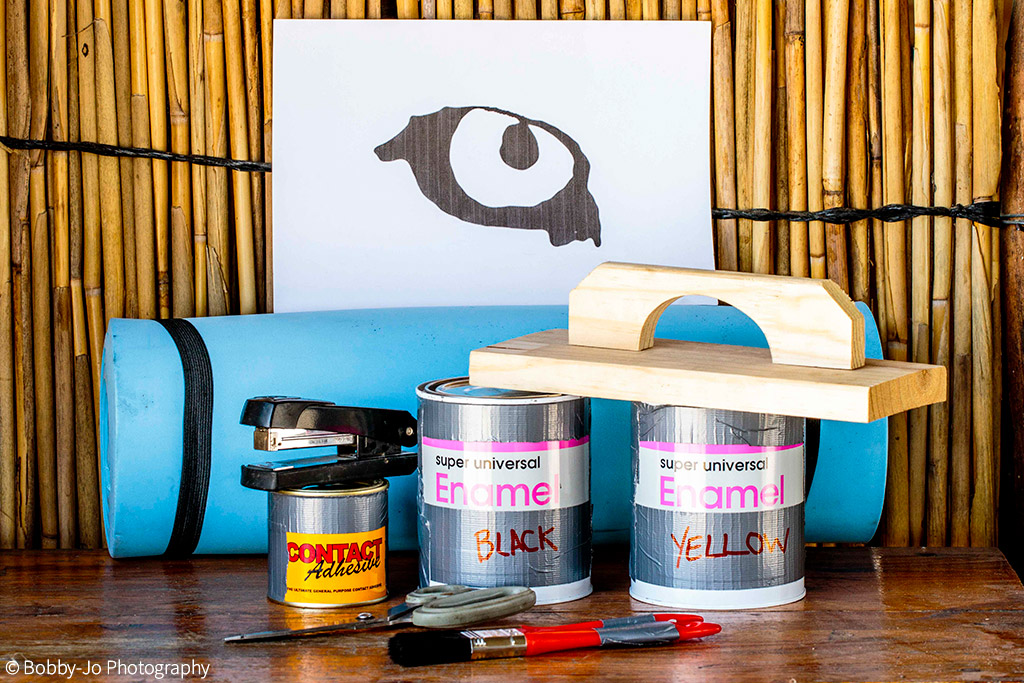 They selected herds which had experienced high levels of predation and painted artificial eyespots in black and white or yellow on random cattle. To determine whether or not the effects could be attributed to the “eye”-shape of the markings, some cattle were only marked with simple X-shapes, and others were left unmarked. The cattle were also fitted with GPS-loggers to ensure that the results of the study could not be attributed to the movements of the cattle while left unattended during the day.

During the study period, of the 19 cattle killed by ambush predators, 15 of these were unmarked and the remaining 4 were marked with Xs. Not one of the 683 cows with eyespots was killed during the study. The predators (almost invariably lions) were clearly deterred by the eyespots painted on the cattle but, surprisingly, the X-markings also seemed to have an effect in deterring predation. From an academic perspective, this result is relevant to how eyespot markings actually work, and while it does seem to provide evidence to support the ‘detection hypothesis’, it still does not offer any conclusive answers. 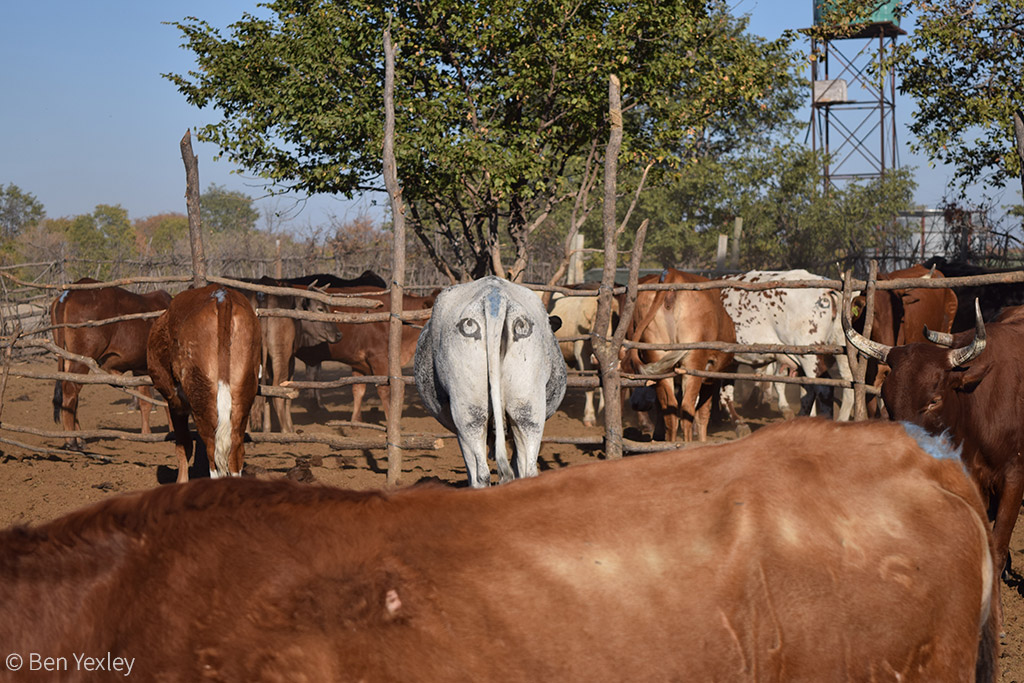 The positive results of this study suggest that painting eyespots on cattle could provide a low-cost method for reducing the risks of wild predation on livestock; however, the researchers do have some cautionary points in this respect. The first of these is that the method is as yet untested when all the cows in a herd have been marked. The second is that the marks may lose their effectiveness over time, as the lions become more accustomed to them. As such, the authors suggest that this approach is just one tool one which needs to be used in conjunction with others in the ongoing battle against human-wildlife conflict. 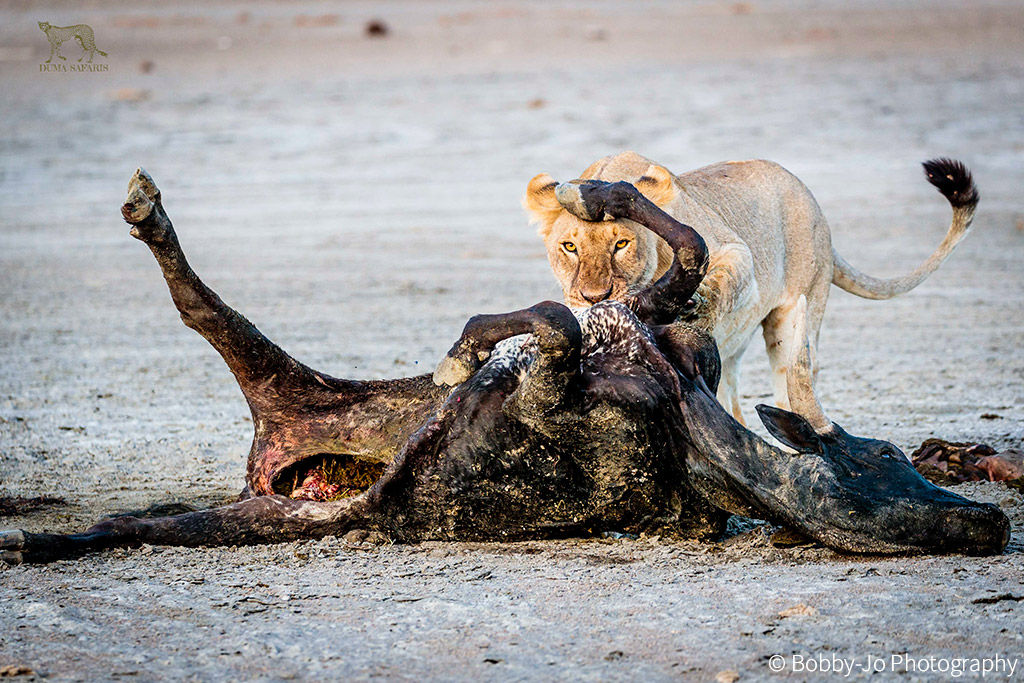