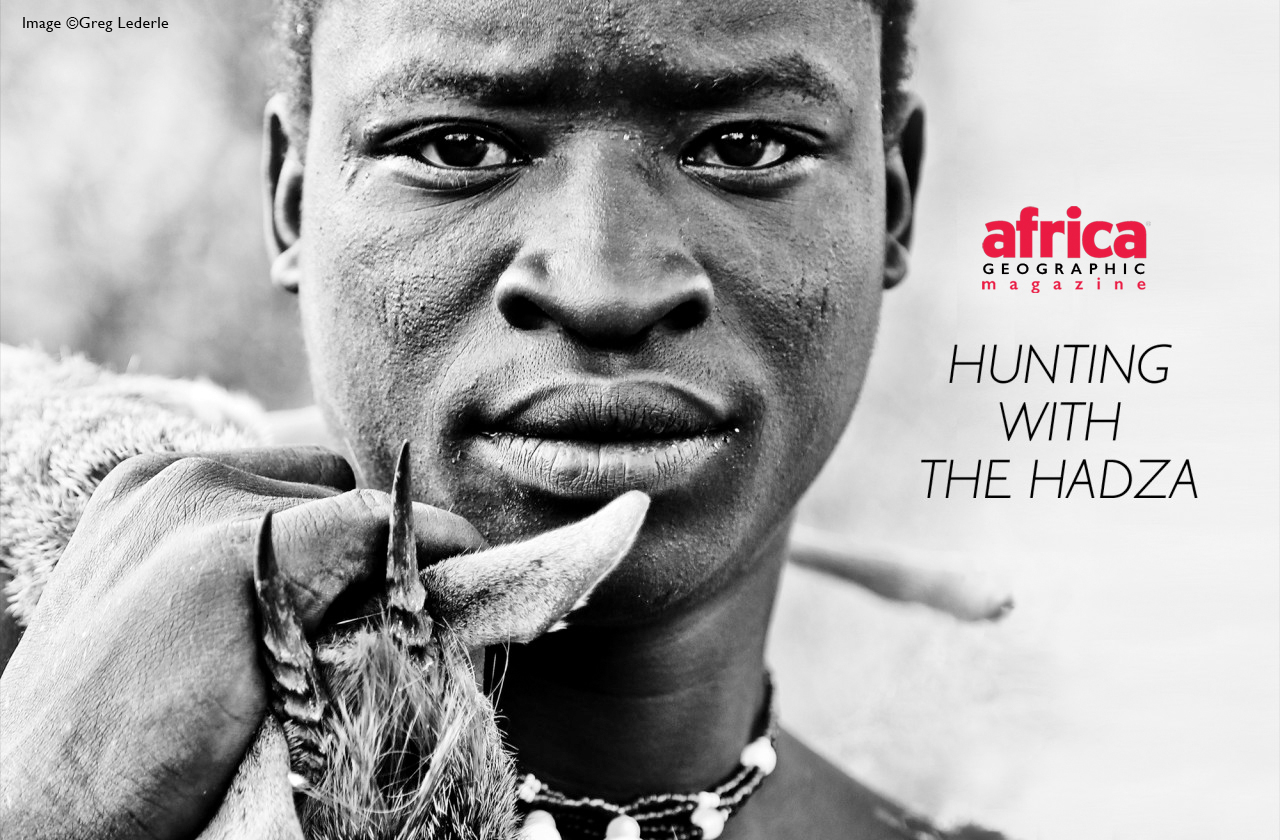 Spending time with traditional hunter-gatherers could be likened to spending time with yourself – with the clock wound back several thousand years. It brings to the fore everything we find alluring and appealing about spending time in the bush – the wild animals, the scenery and the savage beauty. And in this case, the Hadza people form part of that environment as one of the apex predators.

I recently guided a wonderful family from the USA through Tanzania. One of the highlights was spending time with one of the least-known tribes of Africa – the Hadza. I am particularly interested in hunter-gatherers, and I knew this would be a special experience for my clients.

Living near Lake Eyasi in northern Tanzania, the Hadza have managed to preserve their hunter-gatherer way of life for over 30 000 – maybe over 50 000 – years. Their language was once classified with the Khoisan due to similar click sounds, but it has since been reclassified as an isolate – a language unrelated to any other. They are also not closely genetically related to any other tribe. This, combined with their location in the Great Rift Valley, only adds to the intrigue and mystique of these wonderful people. Unlike most African tribes, even their oral history does not indicate that they moved to Hadzaland from elsewhere, making them one of the oldest tribes in Africa – if not the oldest.

Our journey took us to the shores of Lake Eyasi where some of the last remaining 1200 Hadza still live as their ancestors have done for centuries. We arrived with the rising sun and soon joined three men on an early morning hunt, following from a respectable distance as they went about the – for them – routine task of hunting for food.

My greatest hope was to hear a honeyguide fly overhead beckoning us to follow. This would have given my clients the privilege of witnessing the unique bond between these interesting birds and these amazing people. The Hadza are able to communicate with the honeyguides using a series of whistles and calls, a symbiosis that anthropologist Richard Wrangham described as ‘the most developed, co-evolved, mutually helpful relationship between any mammal and any bird on earth.’

But alas it was not to be. In the absence of honeyguides, the three young hunters were more intent on shooting birds than communicating with them. Boubous, barbets, sparrows and other small birds fell prey to the Hadza’s traditionally-made bows and arrows – from 30m away, sometimes even further! It’s not surprising they are such good shots. Young Hadza boys get their first bows and arrows at about three years of age – and so begins a life of constant practising and hunting, resulting in the astonishing accuracy and deadly precision we saw displayed.

As we continued trailing behind the three young hunters, they would split up and lose sight of one another. They did not speak, but communicated using a range of whistles that enabled them to stealthily blend into their environment with very little disturbance.

A few hours (and several small birds) later, the stealthy demeanour of the hunters changed. One shouted out from a distance, his calls echoing through the baobab-dotted landscape. The other two answered loudly and joyfully, their tone signalling that the hunt was over.

As they ran in the direction of the shouting, we followed as best we could. When we caught up, one hunter stood holding an adult Kirk’s dik-dik with a perfectly placed arrow through the shoulder. No sense of pride, celebration or achievement. He had simply done what he had set out to do, and they now had sufficient meat to return to camp. The dik-dik was slung over a shoulder, and we walked off towards a particularly large baobab.

Baobab Trees are common in the area and form a very important part of the Hadza’s existence. The fruit makes up about 13% of their diet, and the trees often conceal large beehives that provide honey for the hunter-gatherers. This one provided shade and demarcated both the kitchen and dining room. The hunters lit a fire in no time and, when it was at its highest, placed the whole, unskinned, unbutchered dik-dik on the leaping flames. They relaxed and sat around chatting, and plucking the birds they had killed. Once all the hair had been burnt off the dik-dik, it was taken off the fire and gutted. The liver, diaphragm and some cuts of shoulder were placed directly onto the now smouldering coals, as were the small birds.

We were all offered a piece of the meat, but the birds were kept for the hunters themselves. They handle different kills in very specific ways. Small birds are eaten in the bush by the hunters, while larger prey that is small enough to be carried is taken back to be shared at camp. If they kill a big animal such as a kudu or giraffe, the whole camp is moved to the food source, where they feast for days.

After being out for several hours, we headed back to camp, walking beneath the cathedral-like baobabs, musing over the day’s events, and the future of these amazing people. Authenticity and the pursuit thereof is something we all strive for, and seek to achieve in our lives. So, when we come across something truly authentic, we are faced with the dilemma of whether to share it or not. These rare gems and special discoveries are most sought after specifically because they are rare and undiscovered.

These beautiful people have remained unchanged for thousands of years, despite incredible difficulties and challenges. The wildlife they depend on and the land where they hunt face many threats. Pastoralists extending their range graze their herds on the hunting grounds, which influences the movement of the animals; and some of the land they have traditionally roamed has been set aside as the private hunting domain of the Abu Dhabi royal family. The Hadza have been kidnapped and sold as slaves. They have been forced out of their hunting areas and compelled to sow crops. And yet they always return to their simple hunter-gatherer way of life.

Their bows and arrows are still the same lengths as when they were first recorded, the height of the men and women are still the same, their favourite decorative colours, the methods they use to pacify bees with smoke and to collect the prized honey, and even the whistles and calls they share with the honeyguides, are all still the same. So little has changed in the Hadza’s wonderful way of life despite long contact with more powerful neighbours, but could the arrival of tourism lead to their downfall? Will the growth of ecotourism and cultural tourism be the Hadza people’s 21st-century challenge?

It’s a real possibility, and the irony is that it would be brought about by the very people who value their culture and want it to stay intact. With tourism comes money, gifts and (sometimes misplaced) generosity – and alcohol, which we know has a long history of destroying traditional cultures. The Hadza are quite aware of this from observing how some neighbouring tribes have changed – usually for the worse.

But perhaps it is tourism that may keep their traditions alive and thriving. It is, after all, largely due to the creation of neighbouring conservation areas, such as Ngorongoro, Serengeti, Lake Manyara, Maswa and Mwiba, that the Hadza can continue to subsist on hunting. These popular tourism destinations create a conservation core from which animals can move freely into and out of the Lake Eyasi region, ensuring a sustainable population of the animals so important to the Hadza’s survival and traditions.

I firmly believe that, with careful management, and with informed and educated guides, tourism can contribute to the Hadza’s survival. Is it not this sensitivity and restraint that has allowed for profound encounters with potentially vulnerable communities – both cultural and wildlife – in other parts of Africa? It would be a tragedy if an irresponsible increase in tourism leads to the destruction of a culture that has remained unaltered for the last several centuries, and for as long as their stories have been told. It’s happened before, and it can happen again. So my wish for the Hadza is that they resist negative outside influences, and continue to preserve their unique way of life.

ALSO READ: Hadza – a short history of an ancient tribe 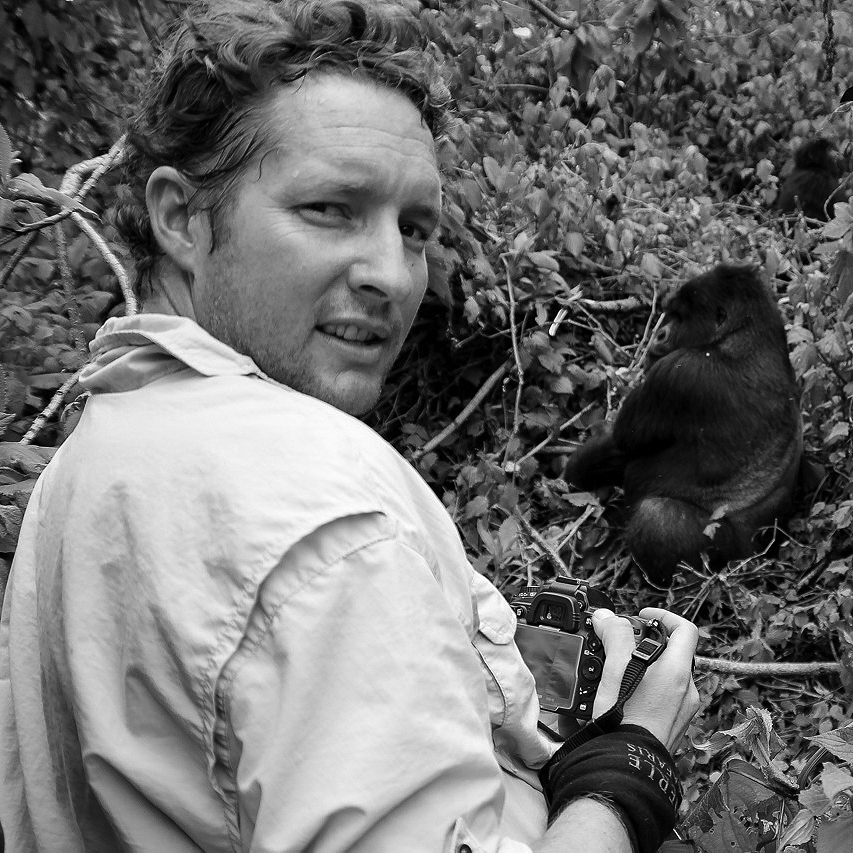 GREG LEDERLE is a multiple award-winning guide and the owner and co-founder of his own safari company – Lederle Safaris. Described by Forbes Life as “…a warm and effervescent personality”, Greg’s connection to and appreciation of Africa and travel is evident in his pursuit of off-the-beaten-track safari experiences.