Hippos to be uplisted? CITES CoP19 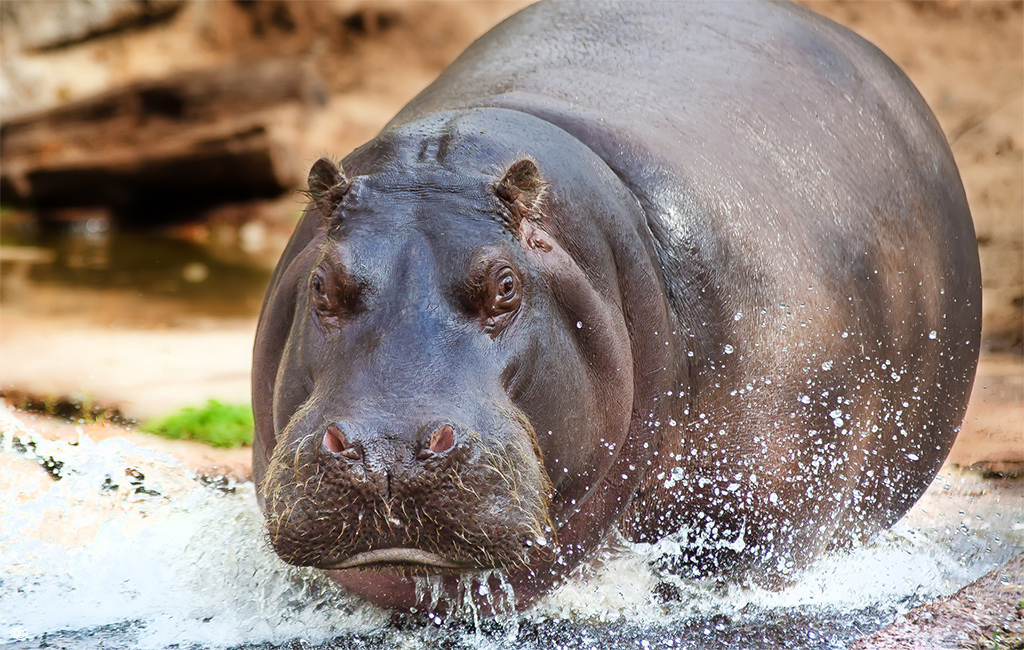 Ten African states have proposed the transfer of the hippopotamus from CITES Appendix II to Appendix I ahead of the 19th Conference of the Parties.

Their 36-page proposal highlights that hippo specimens (especially ivory) are legally and illegally traded in large numbers and that the animals are currently listed as ‘Vulnerable’ on the IUCN’s Red List of Threatened Species. The shift to Appendix I should ensure stricter legal trade regulations and make it more challenging for illegal hippo parts to enter the market.

CITES and the Conference of the Parties

The Convention on International Trade in Endangered Species of Wild Fauna and Flora (CITES) is a multinational treaty that regulates international trade to avoid the over-exploitation of animals and plants. As a fundamental starting point, all trade is permitted unless a species is listed in one of three appendixes:

Every three years, the parties to the convention (the signatory countries) meet to review the treaty’s implementation. Here, the Appendix listing of individual species is revised as an ongoing discussion regarding their numbers and the success (or otherwise) of conservation efforts. The states can also make recommendations to improve the efficiency of the implementation of the treaty. The 14th of November 2022 marks the start of the 19th meeting of the Conference of the Parties (CoP19) to the Convention on International Trade in Endangered Species of Wildlife Fauna and Flora (CITES) in Panama.

Ahead of each event, state parties are invited to submit proposals on amendments to the appendix listing of species to either strengthen or relax trade regulations. The proposals must detail how trade affects the species and any other threats they may face.

Benin, Burkina Faso, Central African Republic, Gabon, Guinea, Liberia, Mali, Niger, Senegal and Togo submitted a joint proposal that hippos (Hippopotamus amphibius) be moved from Appendix II to Appendix I. The document details how the species was first listed as ‘Vulnerable’ in the IUCN Red List in 2006, a categorisation affirmed by the most recent assessment in 2016. The proposal also emphasises that hippos are particularly vulnerable to overexploitation due to their low reproductive output. Females only reach sexual maturity at around ten years, and mature cows produce just one calf at a minimum of two-year intervals.

The 2016 IUCN Assessment estimated a continental hippo population of between 115,000 and 130,000 mature individuals. While the overall population is considered stable, the IUCN states: “Conservation status of hippos remains precarious, and the need for direct conservation action to protect hippos and hippo habitat across their range is a priority. Although hippo populations have stabilised in some countries, hippo population declines are still reported in many countries. The growing and unabated threats of habitat loss and unregulated hunting are major challenges to hippo population viability and persistence” (IUCN, 2016).

The proposal provides a comprehensive summary of population assessments in individual countries across the continent. The upshot is hippos were already believed to be declining (or their status was unknown) in 25 of 38 of their range countries in 2016. Furthermore, research from later years indicates that some of the conclusions of the 2016 Assessment are no longer applicable. For example, the population was deemed to be increasing in Uganda, but a study published in 2021 found hippos in Murchison Falls National Park (which represents a population stronghold in Uganda) had declined 65% since 2016, from 1,683 to 590.

The trade in hippos

The 2016 Assessment identified habitat loss and illegal and unregulated hunting (for meat and ivory) as the two primary threats to hippo populations. According to the CITES Trade Database, 77,579 hippo “specimens” (including ivory, teeth, trophies, skulls and live animals) were globally imported between 2009 and 2018, 98% of which were wild-sourced. Using the Trade Database statistics, the proposal estimates that these specimens represent some 13,909 individual hippos. The most common trade was in ivory carvings. The USA, France and Hong Kong were among the top importers, while the leading countries of origin were Tanzania, Zimbabwe, Uganda, South Africa, and Malawi.

In addition to the legal trade, the illegal trade in hippo ivory rose sharply following the listing of African elephant species in Appendix I in 1989. In the years following this decision, the export of illegal hippo ivory increased by an estimated 200% – a trend that has continued in the intervening decades. Between 2009 and 2018, nearly 1,000kg and over 6,000 hippo specimens destined for illegal trade were seized in 48 countries.

Research suggests that for the hippo, even an offtake of 1% of the adult population sustained over several decades can result in population declines when accounting for rainfall variability and habitat loss. Yet in all the top countries of origin but for Zambia, the estimated legal trade exceeded 1% of the total population.

The hunting of hippos is completely banned in 14 African countries: Angola, Burkino Faso, Cameroon, Central African Republic, the Democratic Republic of Congo, Gabon, Ghana, Guinea Bissau, Kenya, Niger, Nigeria, Rwanda, Senegal and Somalia. Yet according to the CITES Trade Database, hippo specimens from five of these countries entered legal trade despite such exports being illegal under national law. Of all countries where the hunting and export of hippos is legal and regulated (including South Africa, Tanzania, Zimbabwe, Zambia and Malawi), only Cameroon has a national hippo management plan currently in place.

The shift of animals from Appendix II to Appendix I is understandably celebrated by those campaigning for stricter trade regulations. However, it is also an indictment of the failings of conservation efforts to protect these species and should serve as a grave warning of the ongoing challenges they face. Whether hippos are uplisted to Appendix I at this CoP or one in the future, it will mark a grim milestone in the precipitous decline of another of Africa’s iconic large mammals.

CITES was established to regulate the international trade of animals & plants to avoid the over-exploitation of endangered species. Read more about how CITES works here.

You can read more about the various amendment proposals being put forward at CoP19 here.

Read more about all there is to know about hippos.