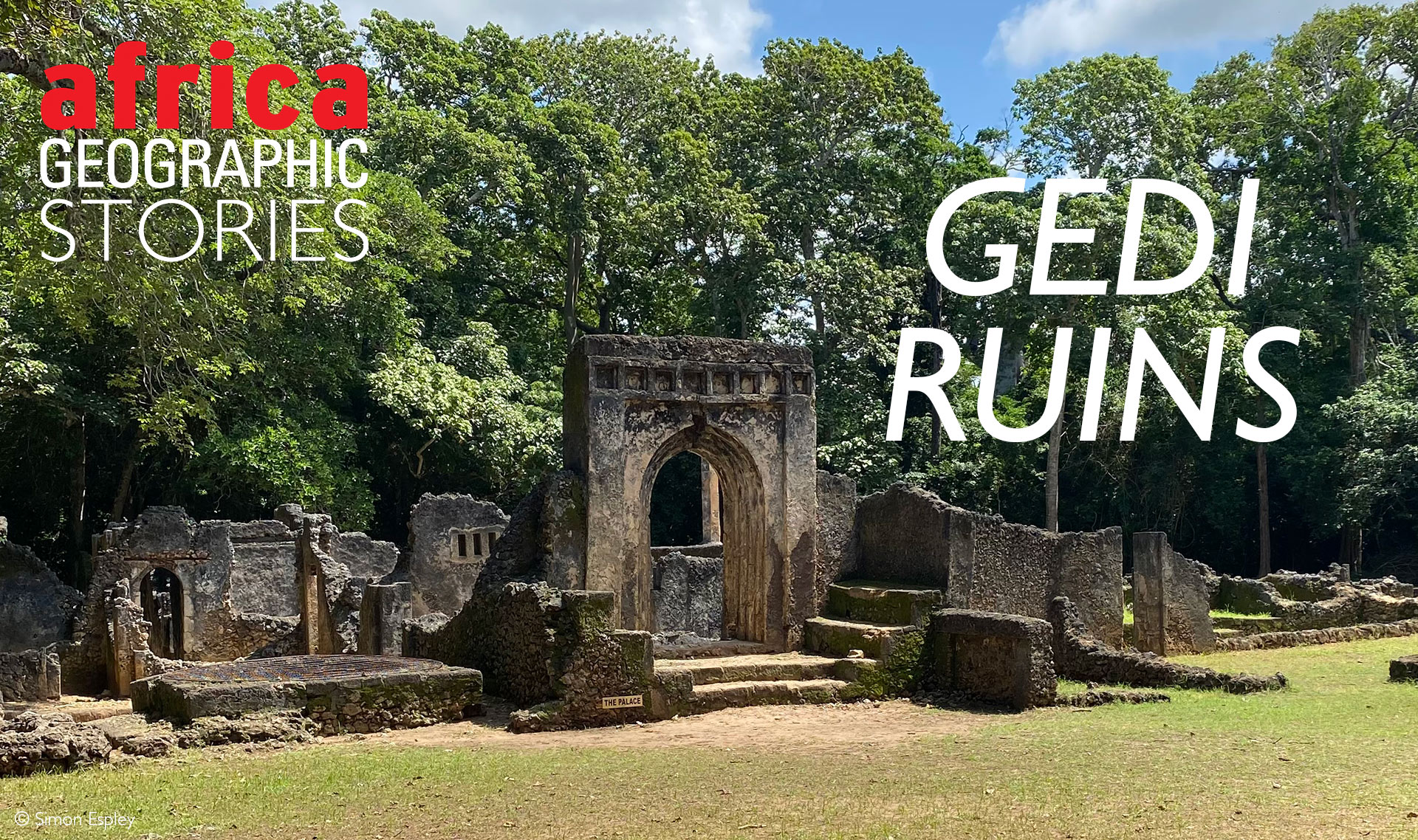 The mysterious lost city on the East African coast 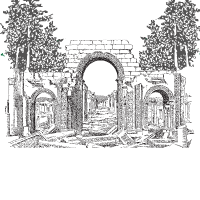 Buried deep within thickets of primaeval forest just north of the small beach town of Watamu, Kenya, you’ll find the remnants of a mysterious medieval Swahili civilisation built from stone. Deep within the ancient, dry coastal Arabuko-Sokoke Forest, the carefully preserved ruins of the once thriving metropolis of Gedi await enlightened exploration.

This important historical and archaeological site – today known as the Gedi Ruins (also spelt ‘Gede’) – was once a centre for trade along the East African coast and is made up of dozens of stone structures and foundations dotted amongst the forest. Set amongst overgrown indigenous woodland, with butterflies, birds and Syke’s monkeys dancing about the thicket, the narrow paths winding between the excavated buildings are well worth exploring. The ruins are a reminder of the decadent cross-continental trade and diverse cultures of East Africa.

The thriving metropolis of Gedi once hosted a population of 2,500 people and flourished between the 12th and 16th centuries. While the oldest ruins of Gedi date between 1041 and 1278, many of the structures were rebuilt in the 15th century – evidence of an influx of inhabitants from surrounding villages and towns.

Little was known of this important Indian Ocean centre of trade outside of local lore until the early 1920s, when British colonists rediscovered the site, and it gained the attention of the British East African government. This set in motion its declaration as a national monument in 1927 and excavations of the ruins in the 1940s.

Exploration and unearthing of ancient artefacts in Gedi, such as Venetian beads, Ming Dynasty and Islamic pottery, and Spanish scissors, led archaeologists to discover that the city was once a centre of trade and wealth. Evidence shows that the city traded with China, the Near East, Arabia, India and South-East Asia. What continues to mystify historians, however, is that despite these extensive trading activities, no written record of Gedi’s existence can be found before the 20th century. Stranger still is the remote location in a forest more than 5kms from a coast with poor anchorages – which would have proved impractical for traders from across the ocean. Nevertheless, Gedi maintained economic success, and all evidence points to its importance as a cross-continental trade hub.

As a centre for Swahili trade, it is likely that Gedi also exported gold, ivory, ebony, mangrove poles, copper, copal gum, frankincense, myrrh, crystal rock – and even slaves. While not much is known about the history of the slave trade in Gedi specifically, anecdotal evidence and lore point towards its prominence during the 18th century. Locals speak of caves near the ruins where slaves were kept before being sold and tunnels used for transport to the beaches.  While East Africa was a late participant in the transatlantic slave trade, with the trade picking up towards the end of the 18th century,  there is evidence of Muslim merchants trading slaves from East Africa with countries bordering the Indian Ocean as early as the 7th century. Given Gedi’s prominence as a trade city, its thriving economy, its position on the East coast and mixed cultures, trading of slaves in Gedi was likely.

Gedi’s advanced developments set the city apart from many of its contemporary towns. These included sewage systems, lavatories, safe rooms, and formally structured streets on a grid system. In its heyday, the city likely ran on a mixed economy of livestock, agricultural and horticultural production, with certain food items also brought in through trade. Three mosques built in the north of the city indicate the adoption of Islam by Gedi’s inhabitants in the 12th century.

The town was divided by two walls, with an outer wall enclosing many mud-thatch dwellings and an inner wall surrounding the mosques and some houses. Various stone buildings in the city include a Sheikh’s palace, the aforementioned mosques, and coral-brick houses interspersed with mud-thatch houses. These structures point to a class-based division in the city structure, with elite inhabitants occupying the centre of the town, middle-class residents living in the interim division, and poorer residents living on the outskirts.

Cryptic findings from archaeological digs reveal an unexplained mass exodus from the city in the 17th century – a subject of much debate today. Evidence suggests this abandonment was due to Portuguese pressure at the time, which would have threatened trade and even led to armed incursions in the city. Added to this were the lingering menace from the Galla, a hostile nomadic ethnic group from Ethiopia, the Wazimba raids along the East African coast in 1589, and the removal of the Sheikh of Malindi in 1593. Signs that the well outside the mosque was deepened also point toward a struggle to access water – another possible reason that the site was eventually abandoned.

The ruins of former structures at the site reflect Gedi’s intricate social and economic structure. Much of the remaining grid system and the remains of walls and various buildings can still be seen in the ruins today. The complex is large, but be sure to visit the inner walls of the city where the palace is found. Of interest is a dated coral tomb engraved with Arabic script.

The city is shrouded in mysticism, and you’ll likely hear whisperings from locals about ancestral spirits residing at Gedi. Many believe that the ruins are still protected by the spirits of the city’s former religious leaders. Local tradition says that the spirits will curse anyone who harms this site.

The site is within easy reach of the towns of Malindi and Watamu. There are few signposts with directions en-route to the ruins, so it is essential to have adequate directions or a driver in the know to get you there.

Travellers can visit the ruins unaccompanied, hire a guide at the ruins, or take a guided tour from Malindi or Watamu – although it is highly recommended that you set a few hours aside for unabated exploration of this fascinating, otherworldly setting. The entrance fee does not include a guide. If you’d like to hear details of the area’s history, a guide is recommended, but exploring the ruins on your own at your pace can also be an enlightening experience (don’t forget to wear comfortable shoes and bring along some water!). There are a few signposts around the ruins that provide insight into the history of the area.

Visitors to the ruins can also stop in at the Kipepeo Butterfly Project, which through an innovative breeding programme of the forest butterflies, brings in income for the local community.  Many of the items excavated from the ruins – including artefacts of trade –  can be viewed in the museum on site. There is also a snake sanctuary at the ruins. The magical forest surrounds allow ample photographic opportunities for visitors.

Today, the importance of the Gedi Ruins is widely recognised. Under the care of the National Museums of Kenya, intense study of the area continues. The local community also helps maintain the ruins and benefits from tourism’s earnings. Allow a few hours for a visit: the trip to the Gedi Ruins is well worth the time and will bring to life a lost Swahili civilisation and the historical cultures of the East African coast.

For all there is to know about Arabuko-Sokoke Forest, read here.

For a first-hand account of visiting the Gedi Ruins, read here.

Read about our CEO Simon’s experience walking the Gedi Ruins and Arabuko-Sokoke Forest.