Elephant range is just a fraction of its potential

Posted on April 26, 2021 by teamAG in the Decoding Science post series.
ShareTweetPinEmailShareShareLinkedIn

It goes without saying that humans have significantly reduced the habitat available to elephants across Africa (as is the case for almost every wild species). Though greatly accelerated over the last century, this has been an incremental process and unpicking the strands of our influence to quantify historical and potential animal ranges is a tricky process. Newly published research from leading elephant conservation organisations clarifies the extent of human impact on elephants: Africa’s giants now occupy just 17% of their possible range. 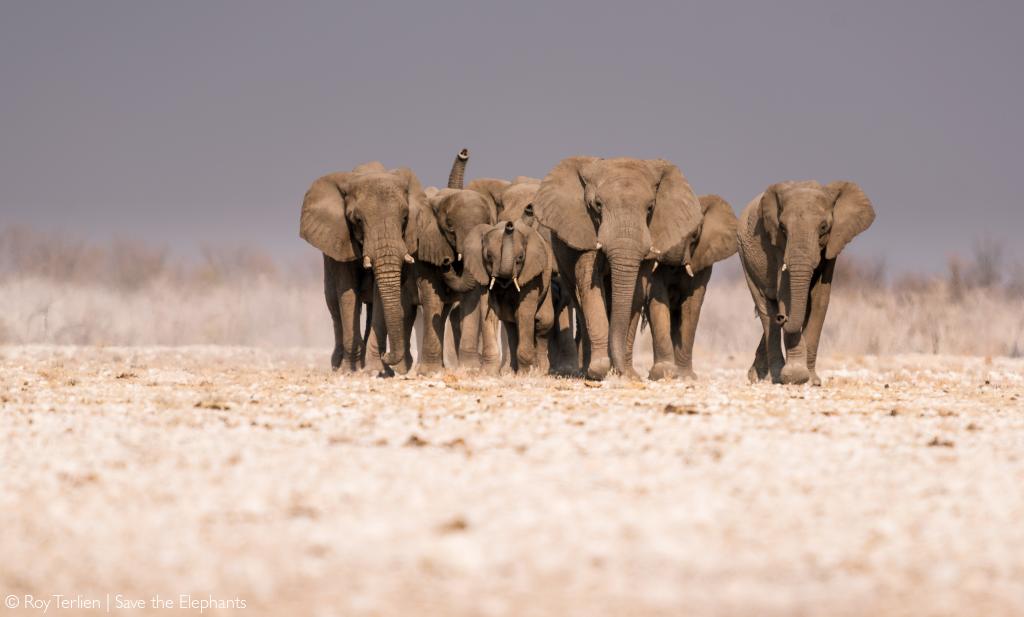 The new paper details how multiple elephant research and conservation organisations pooled over 15 years’ worth of data on the ranges of 229 individual elephants across the continent. The work was coordinated by Save the Elephants and included researchers from the Mara Elephant Project, the University of British Columbia, Oxford University, Colorado State University, the Wildlife Conservation Society, the University of Stirling, and Elephants Alive. It goes to the heart of why long-term research and in-depth understanding of elephant movements are pivotal to elephants’ conservation. “Consistent data recorded over a number of years plays a vital role in our understanding of how elephants adapt to shrinking ranges and variable climatic effects” explains Dr Michelle Henley, CEO of Elephants Alive.

The data were collected at 19 sites across the four major biomes of Africa: Sahel (the border region of the Sahara Desert in the western section of the continent), forest (central), savannah (east), and bushveld (south).  When analysing the data, the new study lays out three questions:

The study demonstrates that elephant range size is affected by multiple factors, including species (forest elephants utilised smaller home ranges than savannah elephants), sex (bulls occupied more extensive ranges than cows in the long term), and resource availability. The elephants were also influenced by tree cover, temperature, rainfall, and the slope/gradient of the area. Most importantly, elephant movements and range usage were impacted by human factors. From the tracking data, elephants in protected areas occupied smaller ranges. The researchers believe that this is part of a human avoidance strategy – the elephants do not feel safe roaming into areas of human habitation. However, some 57% of the current elephant range falls outside these protected areas (as per the IUCN).

The researchers then used this data to inform an elephant habitat suitability model (HSM) across the entire continent. The HSM predicts that elephants could occupy a range of over 18 million square kilometres – 62% of the whole continent. “We looked at every square kilometre of the continent,” says lead author Jake Wall of the Mara Elephant Project in Kenya. “We found that 62% of those 29.2 million square kilometres is suitable habitat.” As adaptable and generalist megaherbivores, elephants would only be precluded from occupying extreme habitats in the Sahara, Danakil, and Kalahari deserts, as well as high mountain tops and, of course, urban centres.

Iain Douglas-Hamilton, founder of Save the Elephants, explains that through the model, “we used the movements of living elephants to tell us where the dead once roamed. This gave us a new line of evidence to suggest how much range has been lost in the last 2000 years”. 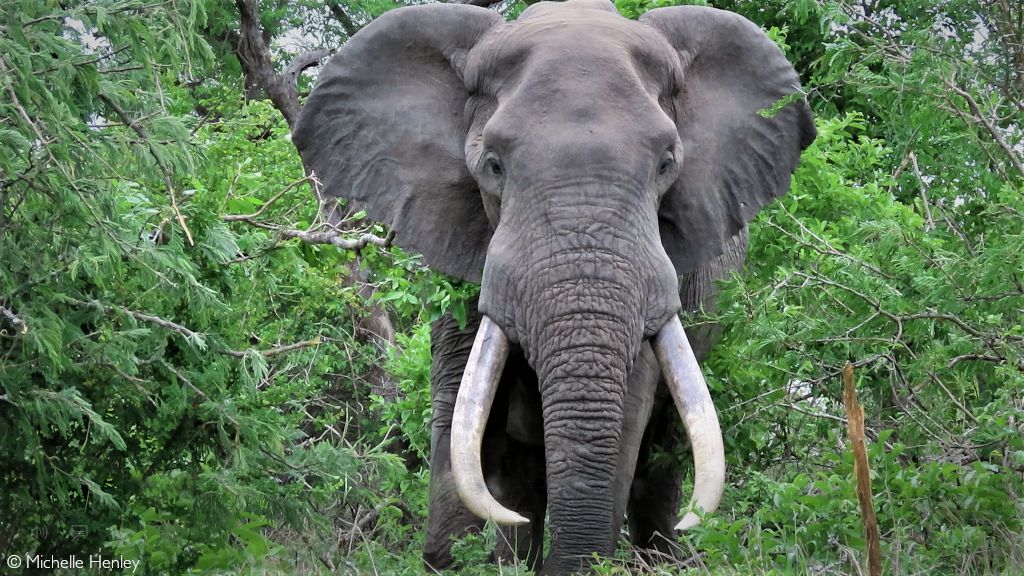 In essence, the study confirms that elephants would once have roamed almost the entire African continent – a conclusion supported by both historical, anecdotal evidence and recent genetic studies. The researchers detail how accounts from navigators and explorers from over 500 years ago record the presence of elephants on the Atlantic coast of North Africa and the mountainous and thickly wooded parts of present-day Tunisia. The HSM indicates that the same stretch of North Africa where elephants once roamed remains suitable habitat to this day. An analysis of ivory recovered from a Namibian shipwreck recently showed a massive reduction of elephant genetic diversity in the last five centuries.

The vast amount of data and extensive analysis demonstrates that elephants could spread back to parts of their former range if given a chance. Their habitats have been severely fragmented by fences, agriculture, infrastructure and human habitation and conflict. However, since their potential range is enormous, there is likely still room within parts of this range for peaceful coexistence between people and elephants. In particular, the authors identify swathes of land within the Central African Republic and the Democratic Republic of Congo, whose forests once held hundreds of thousands of elephants, now reduced to fewer than 10,000 remaining individuals. Naturally, the researchers also acknowledge that there are also parts of this identified range where conflict with people would make the return of elephants unrealistic. 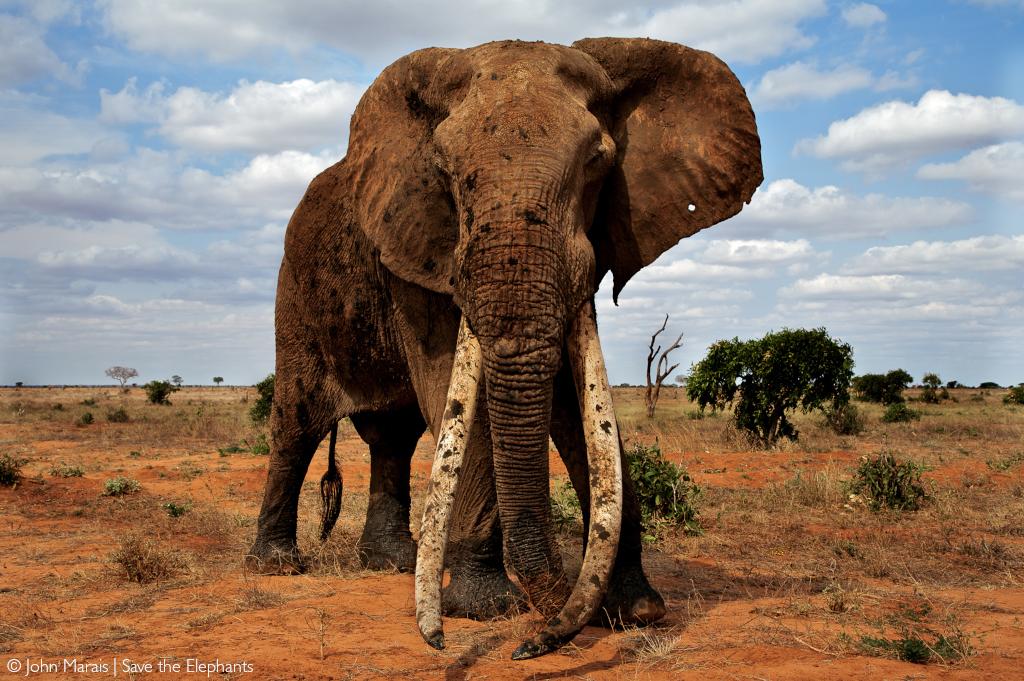 Unfortunately, while the elephant range could expand, current trends are moving in the opposite direction. With the human population expected to grow over 25% from 2019 to 2050 (along with the associated increase in human footprint), there is an urgent need for development scenarios that take wildlife (and human) needs into account to secure the long-term survival of elephants. The researchers hope to refine the current model to aid in quantifying human densities and human-elephant coexistence and exploring the connectivity of potential habitats. The study concludes with the following sentiments:

“In the face of increasing human pressures, proactive landscape planning at the local, national, and continental scales are critical, as well as fostering an ethic of human-elephant coexistence if the future of elephants is to be secured. Is that too much to ask, to protect and conserve this signature animal even in a world where human well-being is paramount?”

WATCH: An animated summary of the findings can be viewed here: African elephants only occupy a fraction of their potential range. (1:22)