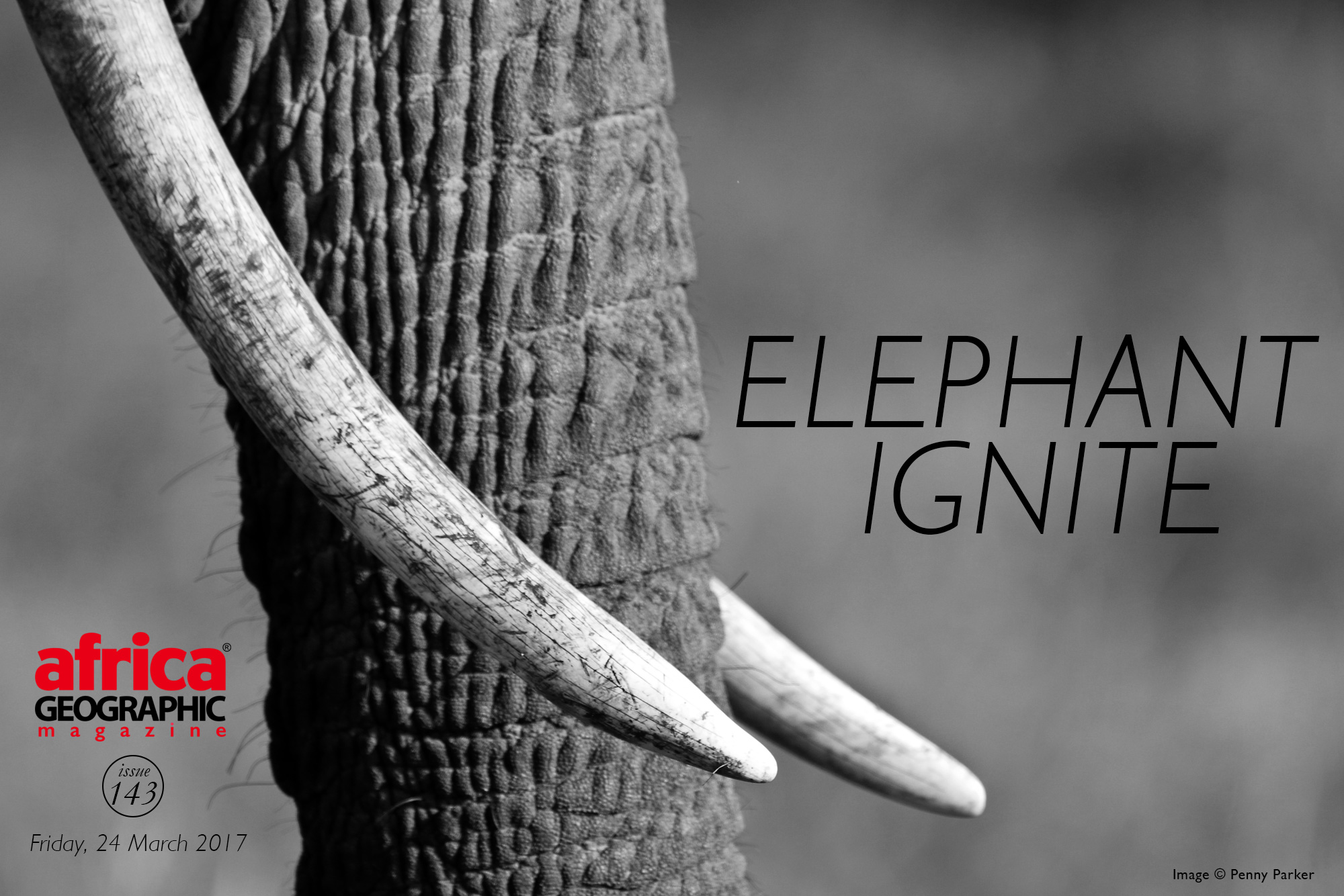 A journey with a gigantic purpose

Africa is untamed, rugged and breathtakingly beautiful. It offers the adventure traveller a kaleidoscope of experiences that will imprint the essence of Africa on your soul for life. From stark desert landscapes to lush green plains teeming with wildlife, Africa is unique in its diversity and sheer natural splendour.

Sadly, Africa is also a continent mercilessly targeted by poachers, stripping it of its wildlife and threatening one of its most majestic inhabitants, the African elephant, with extinction. In the last decade, Central Africa has lost 64% of its elephant population as a result of the ivory trade. A staggering 30 000 elephants are killed every year across Africa – and sadly, it has now become a battle for survival for these majestic and gentle giants.

Enter the all-female crew of the Elephant Ignite Expedition, a group of passionate ladies from vastly different walks of life who embarked on a 16 000km, 100-day journey across 10 African countries to cast the spotlight on the poaching crisis. The expedition focussed on community upliftment, youth education, public awareness for wildlife crime and poaching, and a fundraising drive to support the organisations that are fighting the critical conservation battles on the frontline.

Travelling through South Africa, Swaziland, Mozambique, Zimbabwe, Namibia, Botswana, Zambia, Tanzania, Malawi and Kenya, the ladies visited 37 conservation organisations to get involved and to gain a deeper understanding of the work they do. They distributed 20 000 educational booklets to schools and communities along the way, and also delivered talks and performances focussed around conservation amongst the youth. The entire crew self-funded all their participation costs, and the proceeds from the fundraising campaigns were directed to the nominated beneficiary projects.

“Every one of us can make a difference, no matter how big or small. We set out determined to ignite a fire in the hearts and minds of Africans, that would ultimately help to fight the war that is raging against our wildlife. We finished 100 days later, stronger than ever and even more dedicated to doing more for our wildlife.  I am exceptionally proud and honoured to have organised and led this crew of amazing ladies with such big hearts, and to have raised awareness, connected organisations and hopefully come up with some solutions for how we can initiate change ” said expedition leader, Carla Geyser from registered NPO Blue Sky Society Trust. The Elephant Ignite Expedition was one of the Trust’s conservation projects for 2016.

In true female style, the rugged-looking vehicles received some rather emotionally charged, but very apt names: ‘Courage’, ‘Hope’ and ‘Love’. Courage, loosely defined as , “the ability to do something that frightens you,” aptly named for all the courageous people out there with the incredibly tough task of living and working on the front lines to keep Africa’s wildlife safe. Also, because an all-women, African expedition – the first of its kind in the word – was an incredibly courageous undertaking and took some real guts.

Hope, because the people so passionately committed to African conservation give hope for all the endangered species on the continent. Elephant Ignite also hopes that their journey helped to ignite passion and inspire change, providing the people they met along the way a renewed sense of hope that they have what it takes to continue fighting the good fight.

Love, because without love and compassion, there would be no hope or courage for people to do what they do and make the sacrifices necessary to save Africa’s wildlife. The Elephant Ignite crew are full of love for Africa’s special places and wildlife, and on this particular journey, they came together as a powerful sisterhood in the battle for Africa’s elephants.

Travelling through some of Africa’s most scenic and awe-inspiringly beautiful regions was one of the most memorable experiences for this tough-as-nails group. Always on the move, they covered long distances under the challenging conditions expected of any real African adventure – with water crossings and heavy sand on some of the characteristic African dirt roads putting their adventure driving skills to the test!

For the team, the journey was a roller coaster of emotions, and they embraced Mother Africa with loads of laughter, the odd tear and an unwavering sense of connected sisterhood.

A hands-on elephant collaring operation of three elephants with Dr Michelle Henley from Elephants Alive in Hoedspruit. The crew was part of the immobilisation team and stepped in to assist with data collection, sampling and measurements. The expedition also funded a tracking collar for one of the female elephants and Dr Henley announced that they would be naming the female “Ignite” in honour of the expedition’s elephant conservation efforts. The team have a follow-up visit scheduled for 2017 to report back on the progress of this project.

Taking part in an active anti-poaching roadblock with Conservation South Luangwa and their canine unit in Zambia that positioned the team on the frontline of anti-poaching operations, where they truly discovered how dangerous it is for the teams on the ground.

The expedition donated funds to install a borehole and water pump in Mndanka village in Malawi – a community bordering on the Kasungu National Park where the human-elephant conflict is extreme. The community had no access to water and used to go into the park for water, putting them at risk for conflict with elephants. With access to water, their risk of elephant encounters is reduced, and they now grow crops and oyster mushrooms as the first step in a sustainable permaculture initiative. Newly installed beehive fences also help keep the elephants at bay. The expedition officially unveiled the pump and had a tour of the new agricultural initiatives.

A visit to farmers in rural Kenya where the beehive fences that EIE donated as part of the Elephants and Bees Project with Dr Lucy King are helping to mitigate human-elephant conflict. EIE sponsored hives to protect the crops for two rural farmers, Phelicia Wanyika and Josiah Kimanga in Mwambiti Village, Sagalla. This project is gaining traction across Africa and providing tangible benefits to protect the communities and elephants.

A visit to the David Sheldrick Wildlife Trust‘s release facility in Voi, Kenya. The DSWT team care selflessly for orphaned elephant calves, never leaving their sides and sleeping with the young calves at night. Once they are a bit older, the calves are allowed to roam into the wild for extended periods and taught to be more independent. This facility cares for the slightly older calves and prepares them for their release back into the wild.

A tour of Ol Pejeta Conservancy, Kenya and meeting ‘Sudan’, the last living male Northern white rhino left in the world, destined for extinction. Standing next to this magnificent animal, everyone was overcome with deep sadness and shame at the realisation that humanity has failed the rhino as a species, as we have failed so many others before him.

Meet ‘Sudan’ in the video below.

The immobilisation and successful treatment of an injured elephant cow in Kenya with Kenya Wildlife Services. The cow was found with spear wounds, and members of the team supported KWS during the rescue mission. Just a couple of days later, on a visit to Save the Elephants research camp, yet another emergency search and rescue mission prompted the team to rush out and locate an orphaned calf “Shaba” in Samburu National Park. The mother was killed, leaving behind two calves; the older calf was reunited with the herd and the young baby, successfully darted and airlifted to safety at the Reteti Elephant Sanctuary. Shaba is doing very well and proved to be a real leader, already taking on a matriarch role at the sanctuary.

This expedition was a real journey with purpose, allowing the team to explore Mother Africa and experience her in all her splendour.  Breathtakingly beautiful, at times brutal, but always ready to welcome and inspire. It has ignited a passion in each of the ladies to protect and commit to sharing stories of the work done by the extraordinary wildlife warriors on the frontline of African wildlife conservation.

To find out more about the expedition team, continue reading below the advert.

The team consisted of six permanent crew members that completed the entire journey, and seven alternating crew that joined for shorter periods. Each permanent crew member had a stake in the planning and on the expedition, the duties were shared between all team members. A duty roster ensured that the workload was covered and that each person pulled their weight. The responsibilities included: cooking, washing up, maintenance and safety.

The maintenance involved setting up the camp chairs and tables, making fires and spraying all the tents with a special mosquito repellent. The safety person had to charge two-way radios and GPS’s for the following day’s use. She also had to remain with the vehicles during stops to ensure that no-one tampered with them, and ran extra checks on locks or items left behind. Security is critical when travelling in Africa…

The expedition would not have been possible without the three fully-kitted safari vehicles sponsored by Avis 4×4 Safari Rentals/Overland 360. The 4×4 Ford Ranger proved itself as a reliable, all-terrain workhorse. The ladies prepared for off-road driving under the watchful eye of 4×4 instructors and braved a selection of difficult obstacles during their training sessions. From rough ditches, fearsome hills, steep declines, deep sand, mud and water – even with the added weight of carrying a ‘mini motel’ on the back of the vehicles – the Ford Rangers performed reliably and brilliantly. 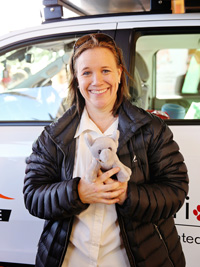 Expedition leader Carla Geyser (founder of the Blue Sky Society Trust) started dreaming about doing an expedition dedicated to elephants in 2012. She just loves elephants and wanted to do something special to make a difference for them, and to say thank you to the people on the ground who work continuously to ensure their survival. The Elephant Ignite Expedition was her way of paying tribute to these majestic animals. 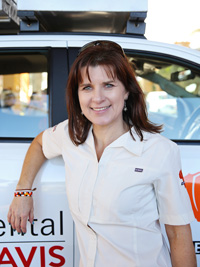 Permanent crew member Yolande Kruger is extremely passionate about Africa, and serves as an executive board member of the Lawrence Anthony Earth Organisation. She is also a patron of the Blue Sky Society Trust. She believes that elephants are an iconic species, and that everyday individuals can do more to support and create awareness for the survival of these majestic animals. This was her motive on this expedition, and Elephant Ignite is a brand that she is proud to be associated with.