Did fences cause the elephant deaths in Botswana?

Posted on February 1, 2021 by teamAG in the Decoding Science post series.
ShareTweetPinEmailShareShareLinkedIn 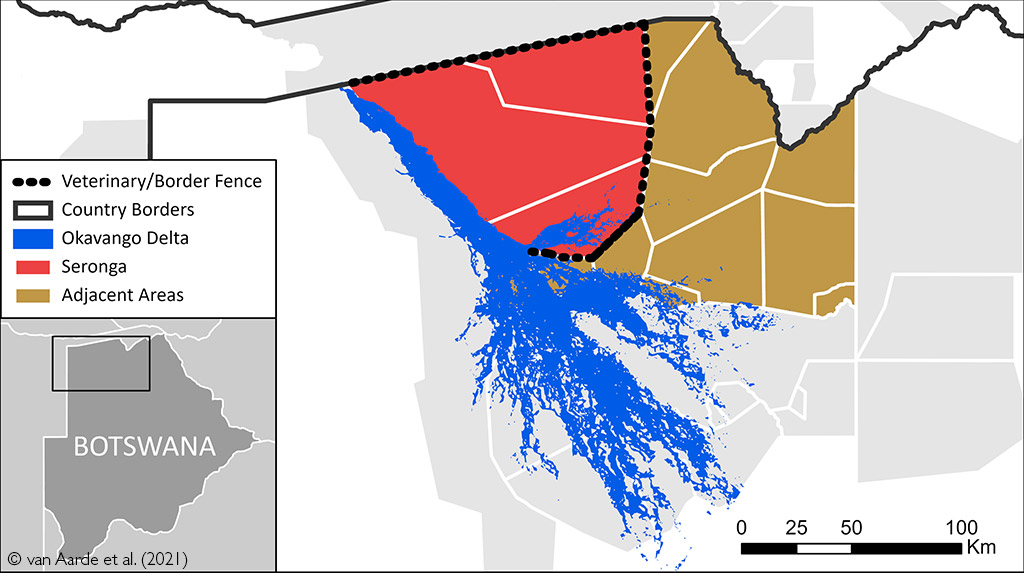 Did fences in northern Botswana cause the mysterious death of hundreds of elephants in 2020? News media have been quick on the draw to blame fences, after the release of a recent report suggests a strong link. But, as is often the case, the situation is nuanced and requires pragmatic analysis rather than finding simple solutions to complex problems.

Between March and June 2020, a mysterious illness claimed the lives of 330 elephants in the Seronga district of Botswana’s Okavango Delta. Now, a new study has shed light on the broader ecological implications of these elephant deaths and how a complex interplay of natural and anthropogenic factors (including fences) all played a role.

Scientists have used previous research on elephant movements in the area to interpret the wider conservation implications of these deaths. In particular, their conclusions highlight three main aspects significant for the management of elephant populations, not just in Botswana but throughout Africa:

Their recommendation to mitigate future mass die-offs is to remove or realign certain fences around the Seronga district of Botswana. 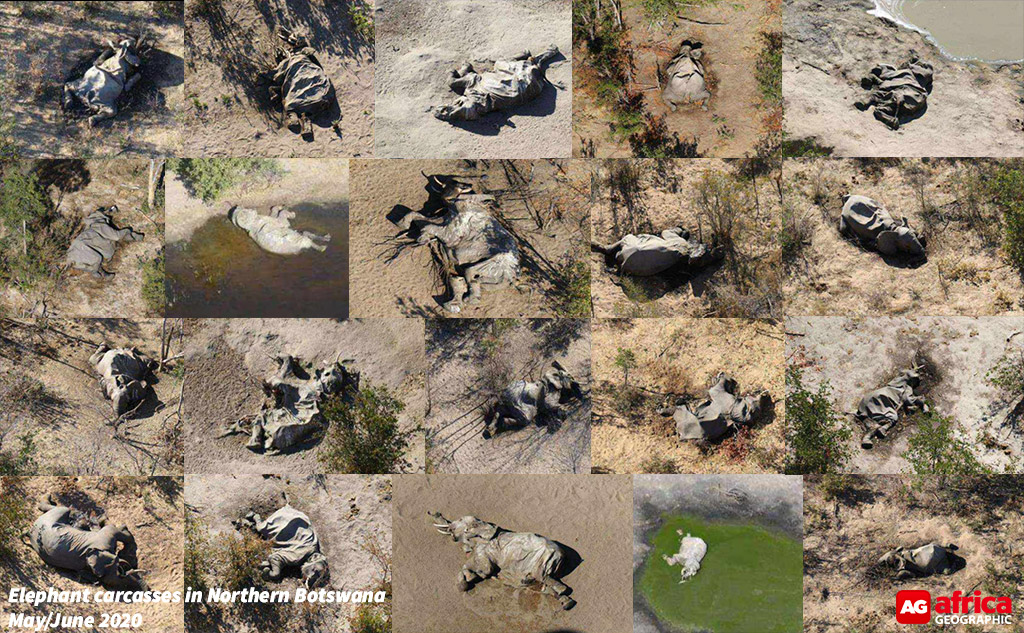 As would be expected, the deaths of such large numbers of elephants fuelled considerable concern and significant media speculation, though investigating authorities ruled out poisoning, poaching, and anthrax. Samples were sent for testing in Zimbabwe, the United States and South Africa’s Faculty of Veterinary Science at the University of Pretoria, though COVID-19 restrictions delayed the process significantly. In September, Botswanan officials announced that the deaths had resulted from poisoning by cyanobacterial toxins caused by a bloom of cyanobacteria in the available waterholes. These bacteria are naturally occurring, and ‘blooms’ happen when conditions are suitable.

The recently published (11 January 2021) report was written in October 2020, just after the Botswana government’s announcement regarding the cause of death. However, the authors note that other carcasses, including domestic animals, would have been expected had the pans been contaminated by cyanobacteria. They state that the “restriction of freshwater supplies that force elephants to use pans as a water source possibly polluted by blue-green algae blooms is a possible cause, but as yet not supported by evidence.”

Most of the elephant carcasses were found within an area administratively known as NG11, along the Panhandle region of the Delta – a region where human-wildlife conflict is rife. Neither NG11 nor neighbouring NG12 have protected status and are designated for subsistence agriculture. These regions neighbour the Kavango-Zambezi Transfrontier Conservation Area that extends over five countries and is home to the largest population of African bush (savanna) elephant in Africa.

The study was authored by members of the Conservation Ecology Research Unit in the Department of Zoology and Entomology at the University of Pretoria and the Nicholas School of Duke University Environment. Their previous research included a long-running research programme in the region, tracking the movements of ten collared elephants within NG11 for several years and those of elephants in neighbouring blocks. Their research indicates that the elephants within NG11 are restricted by the Okavango River to the west and international border and veterinary fences to the north, east and south. As a result, the elephants cannot disperse when numbers are too high or when environmental conditions are harmful. The population growth rate for the Seronga area since 1995 is exceptionally high, and elephant numbers in NG11 and NG12 are significantly higher than those in neighbouring blocks, though densities are comparable.

The report concludes that while a disease is a likely explanation for the mass die-off, this would have been caused by several forces acting in concert, exacerbated by both natural and artificial factors. The restricted movements have resulted in high densities of elephants and, at the same time, confined the death-causing agent to one specific region. It is also possible that poaching, conflict with people and restricted access to the Okavango Region forced elephants to rely on stagnant water. Increased stress levels may also have increased their susceptibility to disease. Thus, the article suggests that “such a complex chain of events consisting of multiple causes makes communication complex and policy actions intricate.”

These complexities highlight several aspects for deeper consideration. The first is the impact of fences on the broader African conservation landscapes and how, historically, veterinary fences have contributed to the declines of antelope species such as sable and tsessebe, and zebra and wildebeest numbers. According to the authors, the restriction of elephant movement and dispersal in Seronga adds more evidence of the potential hazards of fencing. However, they acknowledge that this is area-specific and there are areas, like South Africa, for instance, where fencing may benefit conservation.

The second is what kind of management response is required, given that the causes were likely a combination of natural and anthropogenic ones. Diseases are not unnatural, and mass die-off events are not without precedent. However, the barriers that prevent dispersal and access to the permanent river are unnatural.

The third aspect centres around the discussion of the human-wildlife coexistence (or lack thereof). Essentially, the question of land-sharing, as opposed to land-sparing in the case of national parks, becomes superficial when access to resources is restricted, and artificial barriers prevent dispersal, allowing for the spread of contagious disease. The land is not “shared” with them. Here, the authors recommend a discussion around realigning to veterinary fences.

In essence, the deaths of 330 elephants will have little impact on the region’s overall population and represent just 2% of the total estimated 15,000 elephants in the Seronga region. The event that caused their death, whether contagious disease or poisoning by cyanobacterial toxins, is almost certainly natural. However, the circumstances that made it more likely to occur are due to human restrictions on both movement and access to fresh water.

The authors conclude that “we must not allow our predilections for simple answers to interfere with reasoned analysis and discussing the broader significance.”