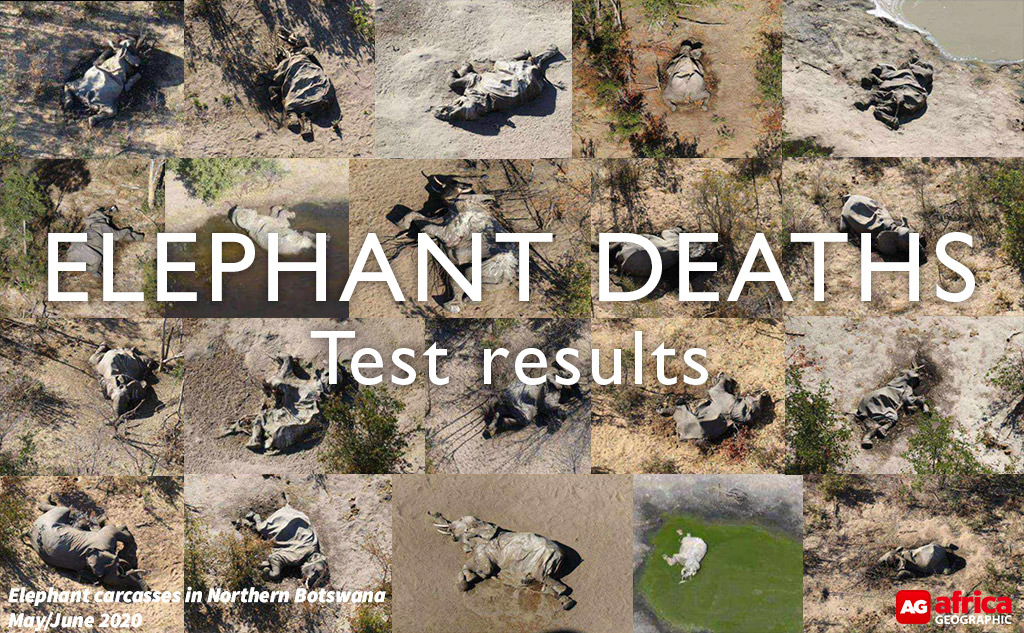 Tests have revealed cyanobacterial neurotoxins to be the cause of the deaths of hundreds of elephants in Botswana, according to an official announcement from the Principal Veterinary Officer of Botswana’s Department of Wildlife and National Parks, Mmadi Reuben. He also confirmed that the official number of elephant deaths had risen from 281 to 330 but that no further carcasses had been found since July.

The elephants died in the Seronga district of Botswana’s Okavango Delta between March and June this year. Many of the carcasses were found near water, but officials quickly ruled out poisoning or poaching, and further tests also eliminated the possibility of an anthrax or encephalomyocarditis virus outbreak.

Cyanotoxins remained as a possible cause. They are produced by cyanobacteria that occur in water and, under certain conditions, from blooms of blue-green algae which are often associated with the end of a drought. The bacteria produce potent neurotoxins, hepatotoxins, cytotoxins and endotoxins that have been known to cause the deaths of aquatic animals, birds, livestock and even humans.

Several samples were sent for testing in laboratories in South Africa, Canada, Zimbabwe, and the United States, but results were delayed due to the strain of Covid-19 on various testing centres.

There are still several unanswered questions, such why these toxins seemed to affect only elephants in that particular area, and Mmadi Reuben confirmed that officials are still investigating.

The cause of death of the 22 elephants in Zimbabwe is still being investigated, and while it may be due to cyanotoxins, this has yet to be confirmed.