Posted on November 17, 2017 by Team Africa Geographic in the Decoding Science post series. 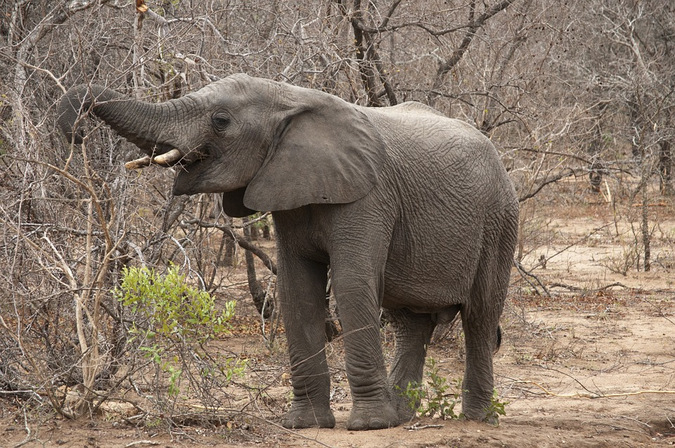 The Kruger National Park is vast, at about 2 million hectares, and requires a thorough management strategy in order to ensure long term sustainability. Part of that strategy, The Elephant Management Plan (referred to as ‘the Plan” below) is currently in force, and covers the period 2013 to 2022.

The Plan was compiled by Kruger management and Scientific Services, including some of the most experienced scientists and wildlife management personnel in the world.

The 82-page Plan is thorough and very detailed – for those who wish to find out more please click the above link, download the report, and read at your leisure (highly recommended).

For those that prefer a brief summary and broad strokes understanding of the strategy for Kruger elephant management, read on. This summary should not be seen as complete or comprehensive and any lack of detail or perceived bias (unintended) is a result of our wish to provide you with a broad understanding of the issues.

Here then, is our summary of the Kruger’s Elephant Management Plan:

SANParks is managing the Kruger elephant population by restoring or mimicking the spatial and temporal aspects of the ecosystem that impact on elephant spatial use. In other words, let natural processes determine elephant populations and movement. This Plan contrasts with the previous elephant management strategy, which focused on attempting to limit elephant numbers.

There are major factors that impact on elephant populations and on where elephants currently choose to roam – primarily in search of water and food. Some of these factors have historically been introduced by man, examples being fences and artificial water points. Some of these man-induced contributing factors can be removed or altered significantly over time, and others are here to stay. Removing some of these factors generates its own set of consequences for elephants and beyond elephants. For example, removing certain artificial water points will in time suppress elephant population growth and encourage more natural (seasonal) use of that area by elephants – but it will probably also change tourist behaviour, and possibly make Kruger camps and privately-run lodges in the area less commercially viable. Tourists bring in the cash for elephant conservation. Circles within circles.

Elephants are long-lived creatures that will take time to adapt to the current strategy to mitigate the mistakes of the past, and this lag effect means that this is not a ‘one day game’, as they say in cricket. This is a long-term plan that has to deal as best it can with the short and medium term consequences of historical strategies, while it builds its own momentum in the journey to restoring natural ecological processes. Remember that many of the major factors that influence elephant populations and movement are here to stay, so the likely end goal is not utopia. And this has to happen in a rapidly changing world, where human populations are growing rapidly, where conservation legislative changes are driven by political forces and where conservation funding is hard to find.

The Kruger Elephant Management Plan does not involve hunting or culling in the long run but it may involve culling as a short-term measure to address the influence of historical elephant management strategies on current elephant numbers and behaviour.

This is an extremely complex situation, involving 37 Kruger landscapes and multiple dynamic influencing factors – and so the Plan is accordingly dynamic, agile and reactive. 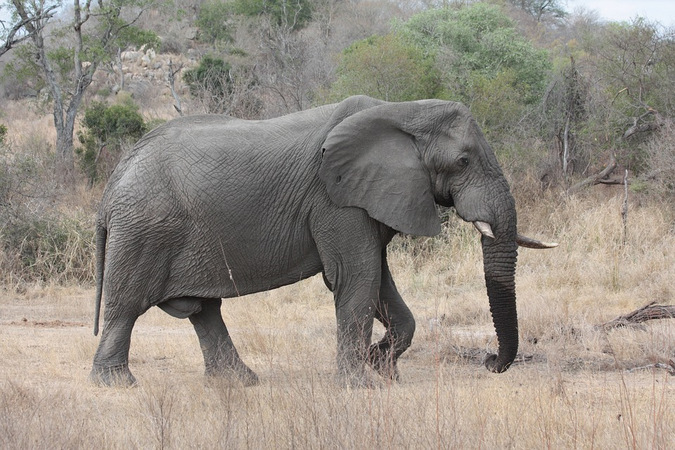 3. Elephants are a key system driver, and affect the ability of SANParks to achieve ecological, tourism and social objectives;

4. South Africa has only 4% (AG editorial comment: 4,8% as per the Great Elephant Census) of the elephants in Africa, and her populations are better protected and more intensely managed than elsewhere. In addition, they breed quicker, live longer and use landscapes more intensely than elsewhere;

6. Resource manipulation will affect elephant impacts over time and across landscapes, primarily by affecting elephant birth and death rates;

7. Elephants are long-lived – resulting in slow spatial and demographic population responses to the management strategies, and therefore delays in ecological responses,

8. The Ministry of Environment and Water Affairs permits the following actions to control wild elephant populations: Contraception, range manipulation, translocation, introduction of elephants, hunting, culling. The SANParks Plan as described in this article envisages all of the above EXCEPT for hunting and culling. However, when elephant numbers reduce the effects of restoration strategies, SANParks will, as a short- or medium-term measure, at appropriate places, implement non-lethal (e.g. contraception); and lethal (e.g. culling) control over elephant populations;

9. Historical approaches to species populations were based on a species carrying capacity model that was based on subjective opinion and ignored ecological complexity and flux over space and time; 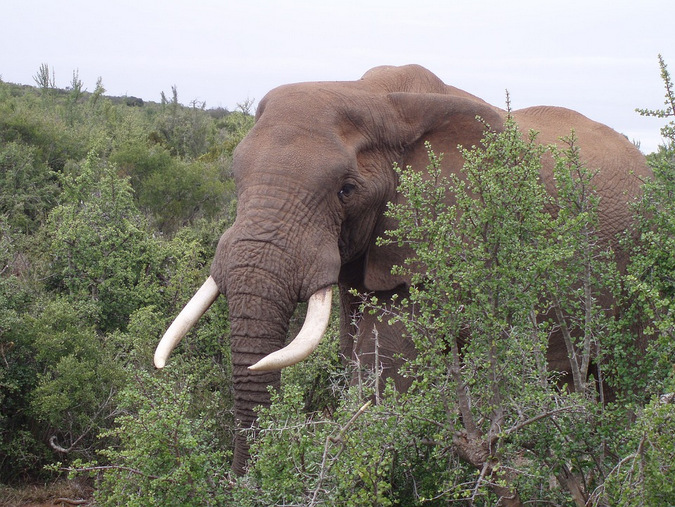 Five key objectives of the Plan

Each of these five objectives is discussed in depth in the Plan, as are the many ways to achieve these objectives:

2. Addressing the consequences of historic management actions on the current situation, with short/medium term reactive actions that do not compromise current long-term objectives and the primary mandate of biodiversity conservation. These actions include primarily localised fencing and elephant removal through translocation and culling;

3. Stakeholder concerns and issues about elephants – continually engage all stakeholders about issues relating to elephants and act on the issues raised. The main stakeholders (in South Africa, Zimbabwe and Mozambique) are local communities, private landowners and ecotourism operations.

5. Ongoing adaption of this strategy through collaborative research agreements and internal and external review and measurement of management actions, on an annual, bi-annual, five-yearly and ten-yearly basis.

Public values about conservation are shifting

SANParks is required to balance various societal values and viewpoints, including:

1. Human-elephant conflict – when elephants cause damage to individuals, property and livelihoods. The Plan includes detailed instructions on how ‘problem’ elephants inside and outside of Kruger are to be dealt with. These are beyond the scope of this brief summary, but very interesting nevertheless.

• Elephants typically do not cause as much damage as primates, rodents and large predators;
• Management responses are typically reactive and involve fencing, elephant translocation, elephant culling and the use of deterrents;
• Restoring or mimicking natural resource distribution should theoretically reduce human-elephant conflict and elephant damage.

• Elephants are important drivers of tourist experiences, as a component of the Big 5 (rhinos, lions, leopards, buffaloes and elephants);
• Historically strategies revolved around bringing elephants to tourists – by use of artificial water points;
• SANParks will need to maintain some artificial water points in the short/medium term, to ensure continued tourist satisfaction. 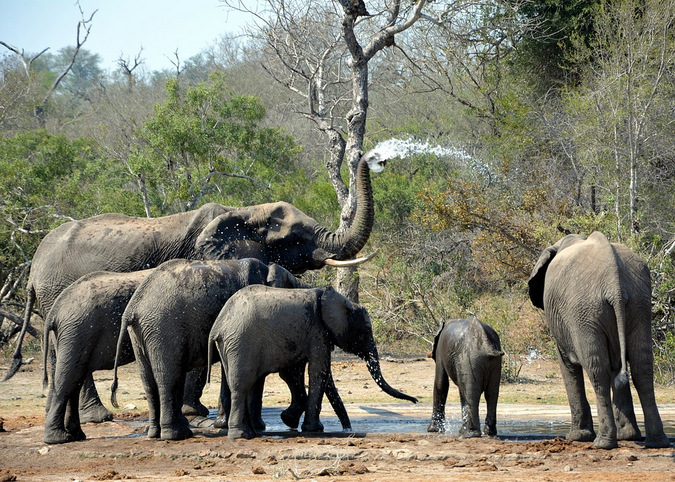 How elephant populations reacted to management

Lessons learnt after a long history of elephant management:

2. In response to water provision, fences and fires, the situation is more complex. Fences restrict movement and prevent natural movement. When fences on the western side of Kruger were removed to allow wildlife to roam freely between Kruger and neighbouring private game reserves, those private game reserves experienced rapid growth of elephant populations, probably because the higher number of artificial water points attracted elephants from Kruger, which had started to remove some water points. Provision of water increases elephant birth rates and infant survival, as does management by culling;

3. Seasonal home ranges for individual elephants extracted from radio collared animals during periods of culling overlapped significantly more than anywhere else once the effect of rainfall and density has been accounted for. Culling, therefore, may thus have increased the intensity with which an individual elephant uses a specific landscape.

Impacts of elephants on vegetation

Little data exist to evaluate how elephant impact has responded to culling. The historical assumption that elephant impact is directly related to the number of elephants is challenged by the observation that limiting the elephant population did not prevent a decline in the structural diversity of the woody vegetation of Kruger. In addition, evaluations that focused on relating vegetation change to local dry season elephant density showed that vegetation diversity increased with high elephant density in certain regions of Kruger. The conclusion is however constrained by limited data.

Limited data suggest that incidences of damage caused by elephants may not be clearly related to how many elephants there are, but rather to management actions that alter where elephants can roam.

Elephants’ impact on disease by breaking fences, thereby allowing buffalo to come into contact with livestock, therefore risking the spread of foot-and-mouth disease and bovine tuberculosis and impacting on agricultural and food security.

The consequences of elephant management for tourism are unknown, although anecdotal evidence suggests increased aggressive interactions of elephants with KNP tourists as the elephant population has increased since the suspension of culling. In addition, major concerns have been raised by stakeholders from the private reserves west of Kruger that elephants are increasingly impacting on the aesthetics of these reserves by killing or pushing over large trees.

Implications of past management strategies

Past management strategies have included contraception, culling and live animal removal, fire control, fence erection and removal and water provisioning – each of these strategies has affected elephant behaviour, some of which behaviour still manifests today.

Kruger’s elephants are now part of a regional population, with fences having been removed in places (west into private South African game reserves and north/east into Zimbabwe and Mozambique) – and therefore are no longer spatially restricted to Kruger. Much of their current patterns of landscape use seems to be predicated on water availability. Despite the ongoing changes in management strategy, elephants continue to use certain landscapes intensely, due to lags in responding to change from historical strategies. Therefore, targeted short- to medium-term reactive management responses may be required. These could include excluding elephants from selected areas using fences, scaring elephants with noise disturbances and localised reduction in densities through removal by translocation or culling.

The most desirable outcome of elephant management strategies should be the achievement of a range of elephant densities and therefore intensity of landscape uses, from extremely low (<0.01 elephant/km²) to very high (>3 elephants/km²). 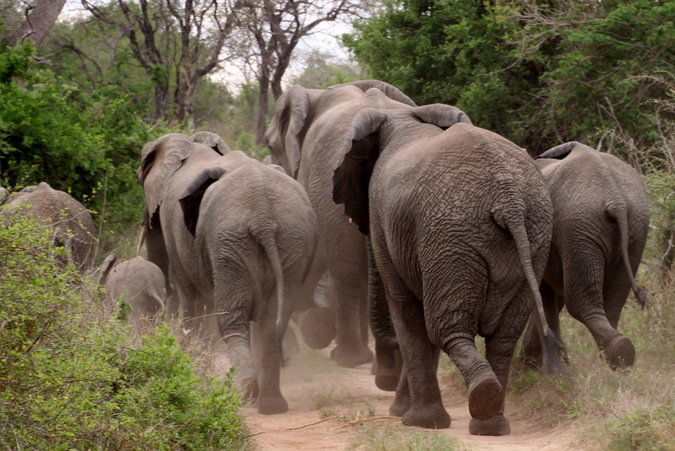