Posted on May 5, 2016 by The Nomadic Diaries
ShareTweetPinEmailShareShareLinkedIn

At 5:30am, in the freezing cold, I managed to convince myself to crawl out of the warm sleeping bag. The stars were still out and, at 4,700 meters, I felt like I could pick one out of the galaxy and pocket it as a souvenir. Written by Simon OChen Layering up in warm clothes I followed our guide, Julian, as we hiked a slow, icy trail to summit Mount Kenya’s third highest peak, Point Lenana. One of Mount Kenya’s three peaks and the only accessible one in the UNESCO World Heritage national park – unless you can free-climb the 500-metre vertical face of Nelion, the second highest peak, which shadows Point Lenana from an intimidating 5,188 metres. 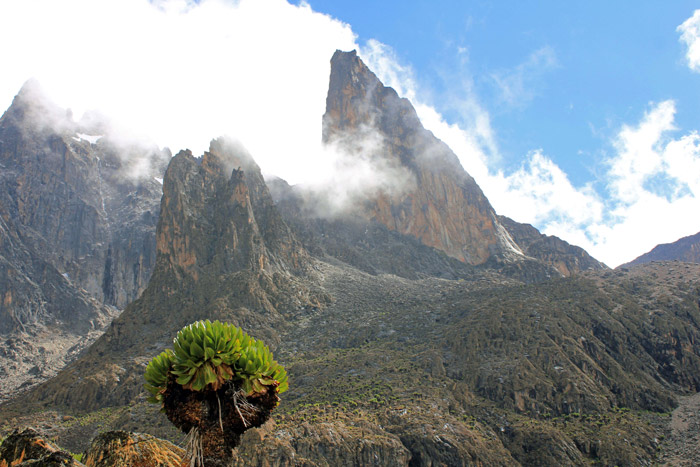 Batian, the highest peak rises a further 11 metres behind to give Mount Kenya the title of Africa’s second-highest mountain and perhaps, the most impressive.

Golden light cast off the mountainside as we climbed higher. The hike took us over a moon-like landscape, large rocks, glistening with a gleam from the melting ice as the equatorial sun rose up and warmed us and the earth below. 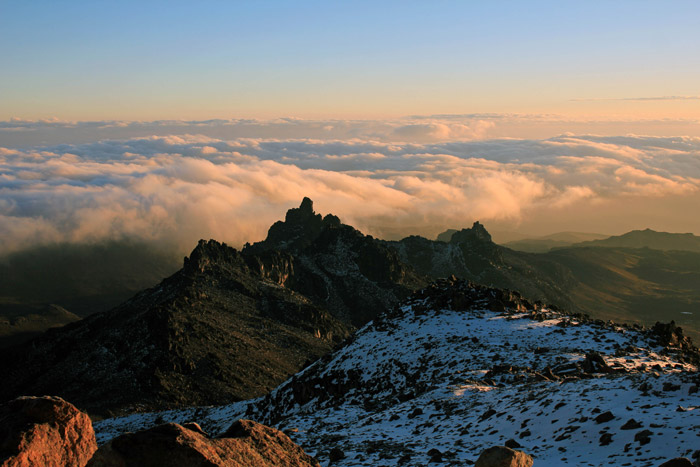 Deprived of oxygen, my lungs felt it with each slow step I took, biding my time. Reaching the seven-rung steel ladder, I climbed up and tucked in my chin to fend off the slicing breeze.

Having gone through rain, hail, acute mountain sickness, loss of appetite, lack of oxygen and a runny stomach, I finally beamed back at the world as I took in the first blue-skied morning we had seen in the five-day trek. Even though in 1887 Telek Saleki, a Hungarian mountaineer, was the first European to summit Point Lenana, it was the British explorers sent by the Royal Geographic Society that christened the peaks of Mount Kenya. Obtaining permission from the local Maasai chief, Olenana, in order to accomplish the task, they named the peaks after him and his sons, Batian and Nellylong (mispronounced Nelion by said explorers). 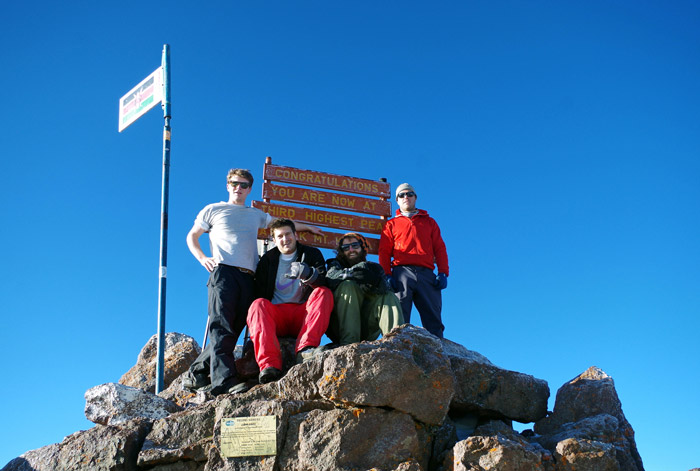 The blanket of clouds below me wrapped over the earth as I stood atop the world at 4,985 metres. 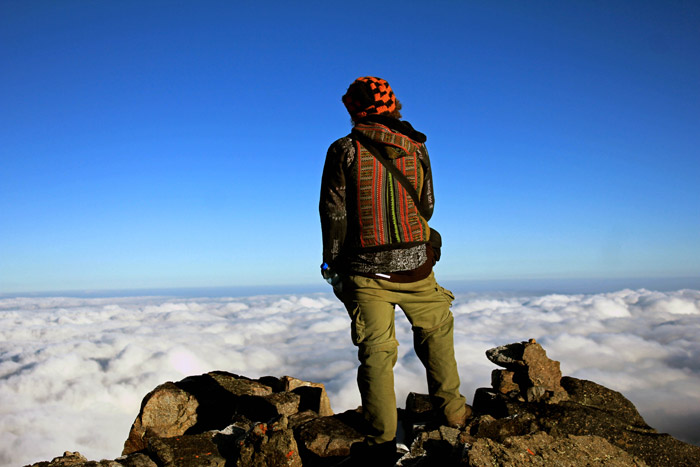 After taking it all in, we hiked down to Austren Hut, the base camp funded by the Austrian Alpine Club that sits under Nelion, and then further down to Mackinder’s Hut, passing Louise’s Glacier that had shrunk significantly since the 1960s (glaciologists give it 10 more years before it’s completely melted). 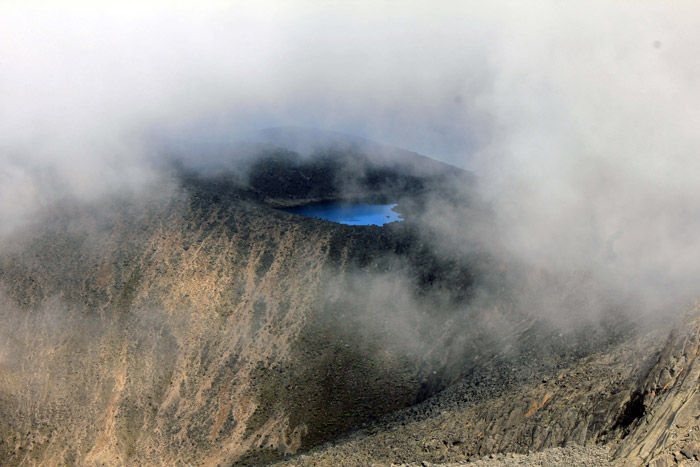 The gravelly mountainside turned to a well-hiked track, passing tarns and streams fed by the melting ice. We paused for breakfast at Mackinder’s before continuing down, passing giant groundsel plants that were in yellow bloom. Julian said they bloom just four times throughout their lifetime. Large rock dens had me stop to peek in for signs of leopard. The only concrete proof was the dried spores we came across and the fresh paw print of a large male.

We continued to hike and, as we dropped in altitude, the flora grew denser and soon we were hiking through a rosewood forest before reaching the vehicle that would take us to a breathable level.

I looked back at the rock that had intimidated me since I first arrived in the region. The fear was gone and, having put my body through a vigorous acclimatisation period, I felt ready to take on Nelion the following week.