“Isilo” is the Zulu word for king. Isilo was the king of the elephants and wildlife in the Tembe Transfrontier Park on the South Africa/Mozambique Border and was known as the biggest “tusker” in Southern Africa. 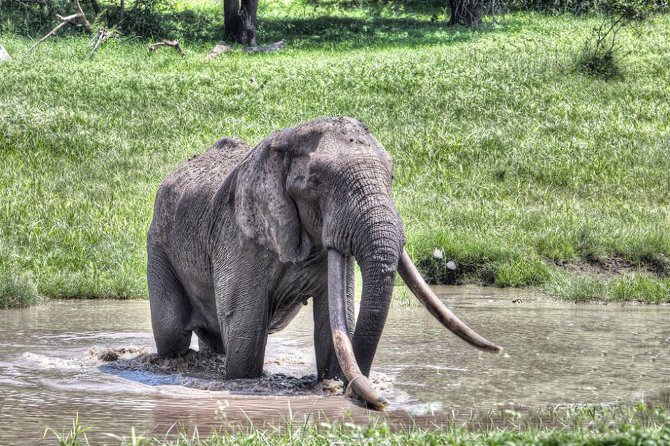 It is with deep sadness and regret that Tembe Elephant Park has announced the death of Isilo the elephant. Isilo died a natural death of old age in the south-west section of the park in an area known to be his home range.

He is thought to have died in January this year however dense foliage and few roads through this lesser-known game reserve resulted in his carcass only being discovered about two weeks ago. Unfortunately his magnificent tusks had already been stolen by suspected rhino poachers.

Inkosi(Chief) Mi Tembe is offering a reward of R100 000 for the return to the stolen of the ivory/tusks to the authorities at Tembe Elephant Park.

This is a very sad and tragic time. His presence will be deeply missed.