Are Namibia’s carnivores at risk? Calling on citizen scientists 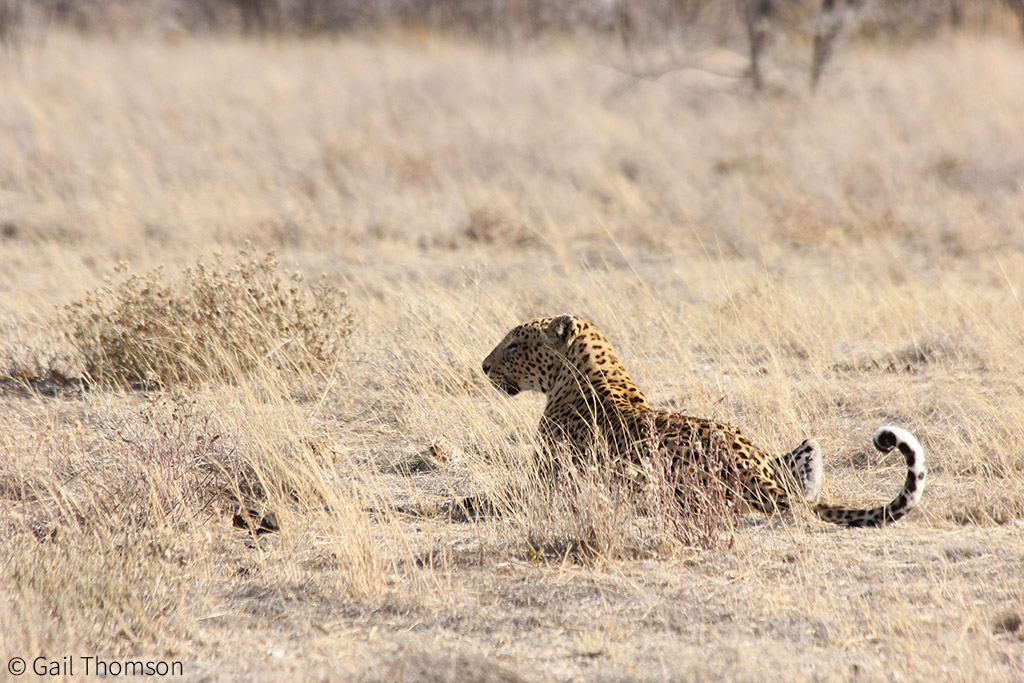 By Namibian Chamber of Environment, originally published in Conservation Namibia

The world is facing an extinction crisis, and Namibia’s carnivores are also at risk. According to the Living Planet Index, wildlife populations have declined by 60% in the last 40 years. Although species go extinct naturally, humankind’s impact has accelerated the rate of extinction to up to 1,000 times faster than the estimated natural rate.

Our world’s plants and animals are of incalculable value as they provide ecosystem services that are essential to life on earth. Besides their direct worth, wildlife is valuable to us in many ways that cannot be expressed in dollars and cents – the majesty of an elephant in a savannah, the hard stare of a lion when you make eye contact, our sense of serenity and wellbeing in natural spaces. These are things that money cannot buy, but we could lose them if our conservation efforts fail.

The first step to addressing a problem is to understand its extent, severity and causes. Without this information, it would be impossible to find effective solutions. To address this need, the International Union for Conservation of Nature (IUCN) established the Red List, which since 1964 has grown to become the largest and most comprehensive database of extinction risks to plants and animals. 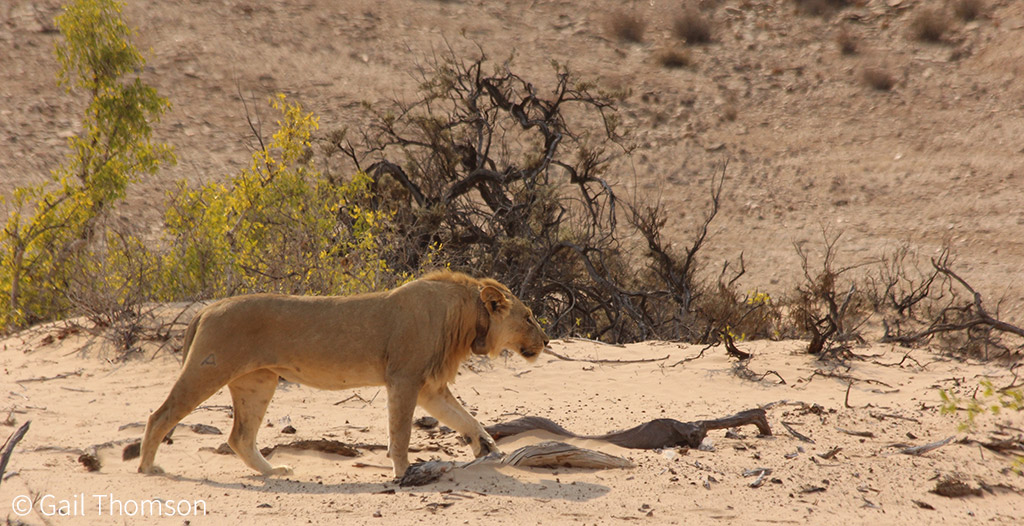 By combining hard data with expert knowledge in a standardised and globally recognised format, the IUCN Red List has become the go-to resource for conservationists and the general public. It is an especially useful guide for setting conservation priorities by identifying which species need the most urgent help, and what we can do to reduce the threats they face. You can search this database to find out more about plants or animals that interest you at www.iucnredlist.org.

When assessing a species, experts consider more than just the total number of animals left on earth. They take into account whether or not these numbers have declined in the last ten years, and if so, by how much; the extent and quality of the area they now occupy, and if that area is smaller or more fragmented than it used to be; current population estimates; and ultimately their probability of extinction in future. Once these factors have been taken into account, experts assign the species to one of the IUCN categories of threat – known as the species’ status.

Besides species that are now extinct in the wild, or those we know too little about to assess, all others fall into one of the following categories (from worst to best status): Critically Endangered, Endangered, Vulnerable, Near Threatened, and Least Concern. Conservationists are most concerned about species falling in the first three of these categories, which face high to extremely high risks of extinction in the wild. Near Threatened species still warrant monitoring, as these species could decline into one of the worse categories in future if we fail to address the threats they face today.

The Red List is concerned with global extinction risks, but this is not always useful for governments and conservation organisations working in specific countries – species that are doing well globally may be declining within a country, or vice versa. If an increased national extinction risk is not identified and addressed, individual countries may lose these species before they are aware of the problem. Consequently, the IUCN has created a system for assessing extinction risks at national and regional scales. The information produced from collecting data and drawing on local expert knowledge is then published as a Red Data Book. These books are available to the public and can assist national governments in setting their conservation agendas. A good example is Namibia’s Red Data Book for Birds, entitled Birds to Watch in Namibia – Red, Rare and Endemic Species, which can be sourced here Namibia’s Environmental Information Service.

Namibia has not yet produced a Red Data Book for any of its mammals, but the Namibian Chamber of Environment (NCE), together with the Large Carnivore Management Association of Namibia (LCMAN) and the Ministry of Environment, Forestry and Tourism (MEFT), is looking to change this. On 8-10 November 2017, NCE facilitated a meeting sponsored by B2Gold Namibia at the Otjikoto Environmental Centre to look at creating a Red Data Book for Namibia’s carnivores. The experts who attended the meeting are affiliated with LCMAN, NCE and (MEFT) – organisations that are ideally placed to undertake collaborative tasks such as this one.

During the conference, the experts on carnivores presented their current knowledge on everything from lions to mongooses. Large carnivores, like the big cats, hyenas, and African wild dogs, are generally better-studied and understood than small carnivores, and they are under much greater threat due to human pressures. During the conference, the experts gave preliminary Namibian statuses to all of the carnivores, which will be revised once all available data have been collated and analysed for each species. These preliminary statuses indicate that of the carnivores, African wild dogs, cheetah, and spotted hyena have higher extinction risks in Namibia than they have globally (see Table 1).

One of the reasons for the large carnivore status differences between Namibia and the rest of Africa is that Namibia’s dry climate naturally limits their range and population densities. For example, spotted hyenas are more common in high rainfall areas and are not as well adapted to desert life as brown hyenas. Namibia’s spotted hyenas, therefore, occur at relatively low densities, which increases their risk of extinction when compared to other spotted hyena populations.

Painted wolves (African wild dogs) are also confined to the wetter parts of the country (the northeast) and are more susceptible to being killed by farmers than hyenas. They are more visible as they hunt in packs and can be active during daylight hours, while their use of communal dens makes them vulnerable to farmer retaliation. Painted wolves are perceived to be incompatible with livestock farming, which means that some farmers may eliminate a whole pack if they encounter them. Changing the perceptions and subsequent tolerance by farmers of painted wolves is thus a conservation priority.

Cheetahs are also under threat in Namibia, mainly due to their conflict with livestock and wildlife farmers. Despite Namibia hosting the largest population of cheetahs in the world, the vast majority of these cats occur on farmland that has no official protection status. There have been two recent calls (see here and here) to up-list the cheetah to Endangered on a global basis, which will match their status in Namibia. Currently, cheetahs and livestock farmers coexist to some extent in Namibia, particularly in areas with healthy wild prey populations. Wildlife/game farmers tend to be less tolerant of cheetahs, as these cats are efficient predators of their preferred prey species – e.g. springbok, blesbok and the young of larger, often high-value antelope.

In stark contrast to cheetahs, Namibia’s lions are almost entirely reliant on protected areas like Etosha, and farmers rarely tolerate them. The main exception to this rule is the desert-adapted population in the far northwest, where lions occur at naturally low densities due to the harsh desert environment. Farmers in these regions come into conflict with the lions, but several concerted conservation efforts from government, non-governmental organisations and local conservancies have contributed to keeping this unique population alive.

Leopards are more broadly distributed within Namibia than either cheetahs or lions, but their Vulnerable status indicates that they remain a conservation concern – perhaps more so at the global level than in Namibia. The smallest cat in Namibia – the black-footed cat – shares its status with leopards, and poses even greater challenges to scientists trying to study it. Leopards are difficult to count due to their secretive, nocturnal nature, and black-footed cats are even worse! Both cats are secretive and nocturnal, but whereas leopards can be counted using heat and motion-sensitive camera traps, black-footed cats are rarely caught on camera.

While writing the Red Data Book, carnivore experts in Namibia will access as many sources of reliable information as possible. Carnivore researchers conduct intensive surveys using camera traps and other methods, but these efforts are usually limited to specific study areas and periods. Furthermore, small carnivore species (e.g. mongoose species, honey badgers and weasels) are rarely surveyed so intensively. While intensive studies provide the cornerstone of data collection efforts, more data over a larger area of Namibia and over longer periods are required to improve the accuracy of the extinction risk assessments.

The good news is that anyone who lives in or visits Namibia can contribute by collecting data for scientific purposes, as a ‘citizen scientist’. This can be done easily by downloading a free app (details below) for smartphones. This app contributes to the Namibian Environmental Information System, an online database that hosts a mind-boggling amount of information about the country.

After downloading the Atlasing app, you can report any sightings of carnivores and a range of other animals and plants in a matter of seconds. The app uses your smartphone’s built-in GPS unit to provide an accurate location for your sighting, and you can even submit photos if you are unsure of the species’ identification. If you are not online when you record the sighting, the app will save your records and upload them when you choose to do so. Once you have entered and uploaded your sightings, you can visit www.the-eis.com/atlas to find your own and others’ contributions to the database on a map of Namibia.

The global extinction crisis is real. Nonetheless, you can help dedicated wildlife researchers collect accurate information on species that are under threat. This knowledge is power, which will be used to guide our conservation actions and prevent further human-caused extinctions. Get the Atlasing app and be part of the solution.

With input from the Large Carnivore Management Association of Namibia and the Ministry of Environment, Forestry and Tourism who attended the Namibian Red Data Book workshop hosted by the Namibian Chamber of Environment. Maps generated from Namibia’s Environmental Information System. 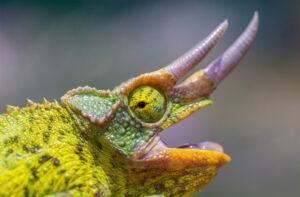 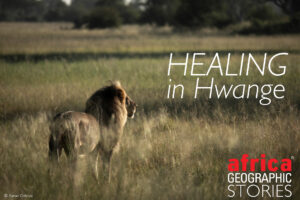