Posted on October 21, 2015 by News Desk in the News Desk post series.
ShareTweetPinEmailShareShareLinkedIn

Leading animal rights group PETA has named the man believed by them to be the German hunter who allegedly paid nearly £40,000 to shoot one of the largest remaining large-tusked elephants in Africa in a legal hunt. Several sources subsequently named the trophy hunter as Rainer Schorr, a German businessman.

According to the Daily Telegraph and numerous other media sites, PETA in Germany offered a €1,000 reward to anyone who could identify the trophy hunter who killed what is thought to be the biggest elephant killed in Africa for 30 years, and one of a dwindling remaining population of ‘super tuskers’. Photos of the dead elephant, professional hunter and his client were circulated widely online at the time (see below). 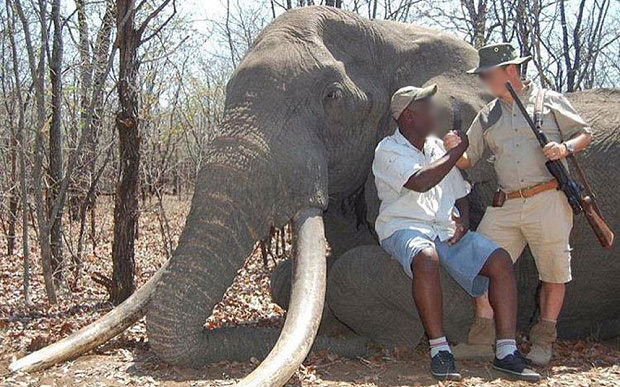 In a case that echoes the furore that erupted after Cecil the lion was shot by an American dentist, 55-year-old Mr Schorr allegedly and according to The Daily Telegraph paid US$60,000 (£39,000) for a permit to hunt a large bull elephant.

The Daily Telegraph claimed that a former friend of Schorr recognised him from the photo of him posing with the body of the huge elephant. The man, who ended his eight-year friendship with Schorr more than a year ago over a business disagreement, said he was told a few weeks ago by a mutual friend that the businessman was on a hunting trip in Zimbabwe.

The former friend said that hunting was Mr Schorr’s “big passion” and that the entrepreneur partly owned a hunting farm in Namibia.

According to the Daily Telegraph, the former friend added: “On the other side, you have to be realistic, when that guy pays for a hunt, which is legal in Zimbabwe, you do nothing wrong according to national laws.”

This iconic elephant, one of the largest of a dwindling population of ‘super tuskers’, with tusks weighing in at 121 lb, was shot on 7 October in a private hunting concession in the Malipati safari area in Masvingo Province. Schorr also allegedly killed other species during this hunting trip in Masvingo, including leopard and buffalo. 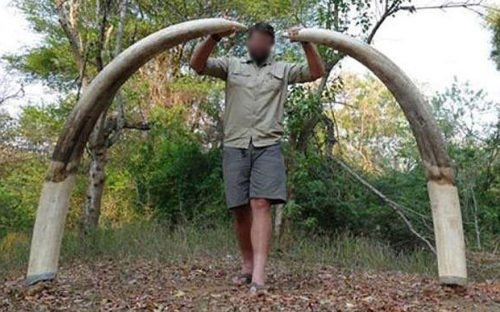 When approached by the Daily Telegraph, Mr Schorr said: “I don’t know what you are talking about. You have the wrong person.” He claimed he was at a trade fair from 5-8 October in Munich, southern Germany, at the time the hunt took place. He refused to provide evidence backing up his claim.

In Zimbabwe, hunting is legally permitted in certain areas and the Zimbabwe Parks and Wildlife Management Authority has said that Malipati safari area, where the elephant was shot, is being leased out to the Chiredzi Rural District council under “arrangements where communities benefit from revenue generated from wildlife-based projects including hunting in the area”.

“Such hunts go a long way in assisting communities in the surrounding area,” said the Zimbabwe Parks and Wildlife Management Authority in a statement.

It added that the elephant population of the Gonarezhou-Malipati complex was estimated at 11,452 elephants according to a 2014 aerial survey, and that the Malipati safari area is allocated an annual sustainable quota and hunting permit.

Editorial note: More than four years after the publishing of this article, a lawyer claiming to represent Schorr contacted Africa Geographic and threatened legal action if this article was not removed, claiming that the trophy hunter in the photo is not his client. As a matter of courtesy Africa Geographic CEO Simon Espley temporarily removed this article from the public domain, while conducting further research amongst his networks as to the accuracy of the lawyer’s claims. On receiving irrefutable evidence that the hunter was indeed Schorr, Espley contacted Schorr’s lawyer and advised him of his findings. He gave the lawyer a period of time to produce evidence backing up his claim, advising him that in the absence of such evidence the article would again be made available to the public. The lawyer did not respond, and Espley subsequently made this article available again to the public.