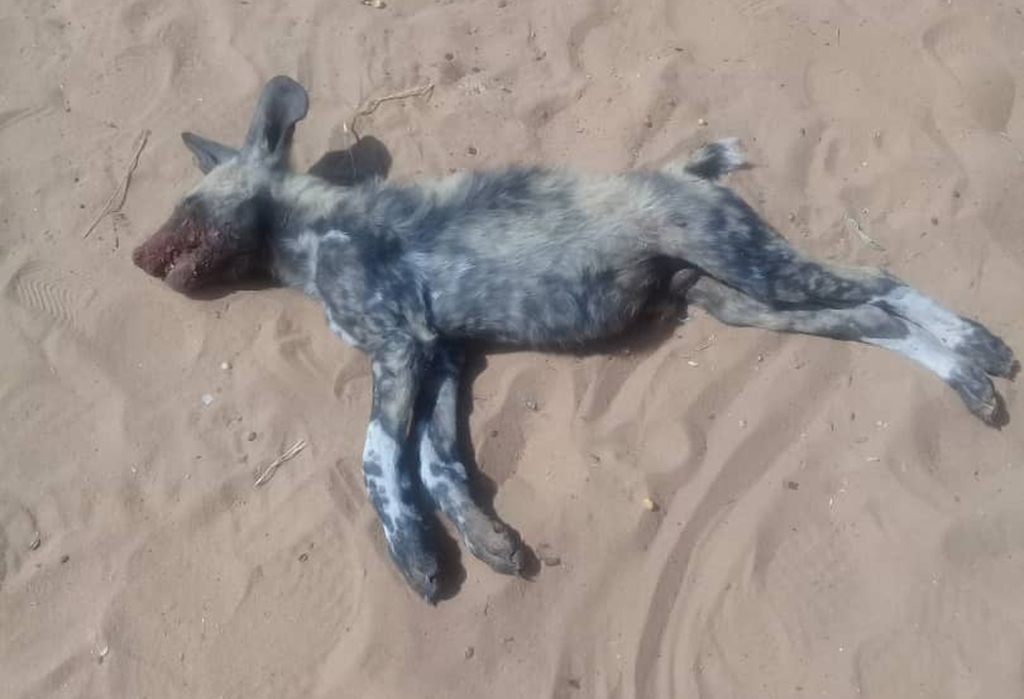 Cheetah Conservation Fund (CCF) staff report that the ongoing persecution of African wild dogs (painted wolves) continues, as evidenced by the puppy carcass found on a road in Eastern Namibia – believed to be a victim of an intentional killing. As reported to the Ministry of Environment, Forestry and Tourism (MEFT), the dog’s pack had killed a young breeding cow nearby, and the vehicle strike was in retaliation. Attempts to kill African wild dogs on the road intentionally are commonplace in Babwata National Park as well as South Africa and Zimbabwe. The critically endangered African wild dog belonged to a pack that is believed to consist of five adults and five or six pups of about three months of age. Staff from CCF’s – Carnivore Conflict Field Station in the Eastern Communal areas are monitoring the packs’ movements to help prevent additional problems.

A severe drought during the past couple of years has led to an increase in conflict with livestock and game farmers towards both cheetahs and African wild dogs, particularly in the Eastern Communal area. While cheetah and wild dog are both rare, this area is home to a few remaining packs of wild dogs, a critically endangered species. CCF says that unless more awareness is brought to the situation, this kind of conflict could drive the species into extinction.

“Since the retaliatory action, the pack has moved to a neighbouring rural/communal farm. They were sighted there yesterday. The farmer is helping us track them, as they will likely soon find another resting area. Cooperation from farmers has intensified since CCF deployed a ‘rapid response’ team and developed a communication network between farmers. Sharing conflict information and movement updates with each other serves as an early warning system, and it mobilises community members to take precautionary measures to protect vulnerable livestock calves”, said Nadja le Roux, CCF’s Community Coordinator. “The pack has moved the pups but could go back to the den from time to time. They will stay in tight areas within this zone, which we have been studying for the past few years. This is the most common behaviour”.

CCF has spent years working with MEFT in the communities in and around the Omaheke and Otjizondupa Regions to strengthen their conservancies, including the surrounding farms in the Otjinene and Okakarara communities. The areas border each other and consist of freehold, resettled and communal farms. To encourage coexistence and reduce conflict, CCF has conducted Future Farmers of Africa training courses in the region to teach the best rangeland, livestock and wildlife management techniques, including non-lethal predator control.

In 2017 and 2018, with the support of Nedbank’s Go Green Fund, a camera-trap survey revealed limited wildlife in these communal areas. To CCF, this means increased problems for farmers because this results in a limited wild prey base. African wild dogs prey on small antelope and have large home ranges, and more biodiversity is required to sustain them.

“We remind the public that CCF is here to help farmers manage problems with carnivores that share the landscape in Namibia. CCF’s Future Farmers of Africa trainings teach the best management of livestock, wildlife and grazing lands to help reduce conflict with predators”, said Dr Laurie Marker, CCF’s Founder and Executive Director. 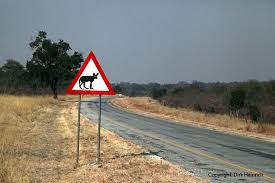 “Other community initiatives, like our One Health project to vaccinate domestic animals against rabies, has helped us reach a lot of the population that experience conflict with African wild dogs, and we can share information about coexistence with wildlife. Increasing the wildlife base in this area will be critical to reducing conflict, a strategy we hope to develop with MEFT.”

Today fewer than 660 packs of African wild dogs remain in Africa, with less than 300 mature adults in Namibia, of which the majority are found outside protected areas. Because of this, CCF believes working directly with the farming community in areas with wild dog packs is critical for species survival. CCF coordinates with regional efforts to support the species, including the Range Wide Conservation Programme for Cheetah and African Wild Dogs, which works across Africa with all countries where these two species exist in the wild.

“The Ministry of Environment, Forestry and Tourism is concerned with retaliatory killings of African Wild dogs considering they are a critically endangered species. We understand they are culprits in human-wildlife conflict incidents leading to livestock damages to farmers. However, we want to urge that such incidents must be reported to the Ministry for an amicable solution that should not involve the killing of such species in a cruel manner”, said Romeo Muyunda, spokesperson of the Namibia Ministry of Environment, Forestry and Tourism.

Because CCF now has a Satellite Camp located in the Eastern Communal area providing consistent support, staff from CCF’s Carnivore Conflict Station monitors pack activity and can respond immediately when problems arise. CCF also operates a 24-hour farmer support hotline to offer advice on conflict issues around cheetah, African wild dog and other carnivores. CCF staff can provide access to a network of partner organisations within the Large Carnivore Management Association (LCMAN) to assist with HWC in different regions of Namibia with a variety of carnivore species. The public is encouraged to use this hotline service.

Conservation Fund (CCF) is the global leader in research and conservation of cheetahs and dedicated to saving the cheetah in the wild. Founded in 1990, CCF is an international non-profit organisation headquartered in Namibia. CCF is celebrating its 30th anniversary in 2020, making it the longest-running and most successful cheetah conservation organisation. For more information, please visit www.cheetah.org.