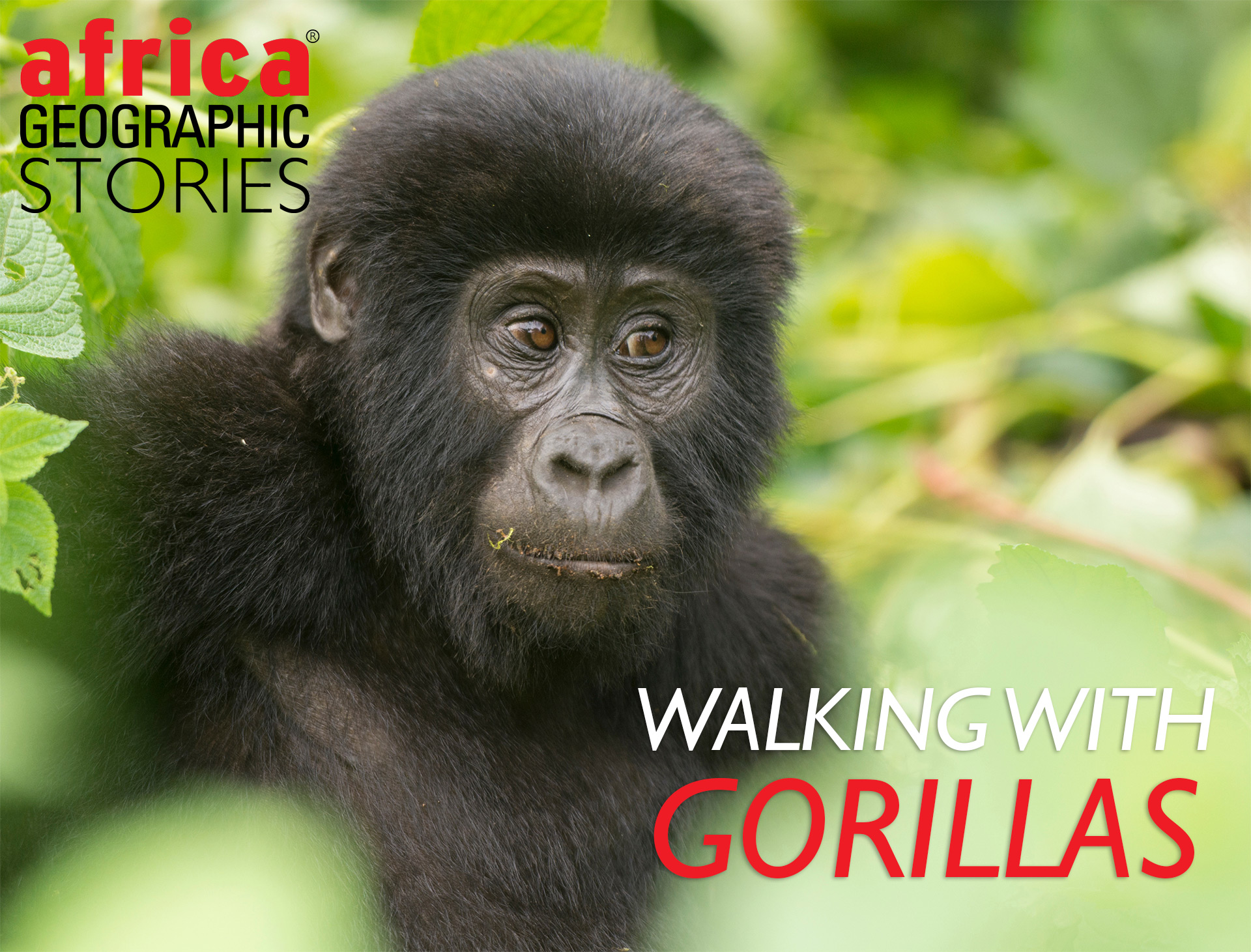 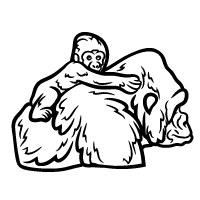 In Bwindi Impenetrable Forest, I find the jungle of my childhood imagination. This forest is so thick and tangled with vines that a T-rex could emerge from this expansive sea of green and I wouldn’t be surprised. The air hangs heavy with humidity, and pearls of dew glisten on the leaves against the early morning light, barely slipping through the canopy overhead. My heart is hammering the walls of my chest as our small team of Ugandan rangers, dressed in camouflage uniforms, leads us into the fable-like Bwindi Impenetrable Forest on a trekking expedition, in search of mountain gorillas.

The prospect of seeing mountain gorillas with my own eyes is what brings me to Uganda. To finally trek into the heart of this 25,000-year-old rainforest is enchanting in its own way, even before catching a mere whiff of the black-haired great apes that we are hoping to encounter. The forest itself is a living manifestation of the illustrated pages of dinosaur books I read as a kid. This primaeval forest is so dense and expansive that it appears prehistoric. It is no surprise that mountain gorillas have a preference for this tropical haven.

Tufts of rain clouds hang over the forest like ghosts, lending an eerie beauty. We trek onward, with our guide, Goreth Niyibizi, leading the way. As a sheen of sweat envelopes my face and I wave bugs from my forehead, Goreth and the other three rangers come to an abrupt stop. We obediently follow suit, anxiously peering over their shoulders and into the sea of green hoping that our sought-after primates are nearby. “Gorillas?” I whisper into Goreth’s ear, between panting and trying to catch my breath. She holds up an index finger and wags it at me. “No,” she breathes softly, her voice a notch above a whisper. “Not yet.”

We continue onward, our group numbering a mere nine people: Goreth, two other Ugandan trackers, a local porter, an armed escort, myself, my brother, my mother, and a traveller from Czechoslovakia.

After walking for some time, the woman from Czechoslovakia quietly slips behind us and into the bushes, using it as a makeshift bathroom to relieve herself. She is quickly swallowed up into the undergrowth; she likely has more privacy in the forest than she has in many public restrooms back home. Moments later, a yelp emits from the swirl of vegetation. She staggers out of the bush, dishevelled with pants barely pulled up, a look of adrenaline-infused excitement on her face. A mother gorilla and her infant baby had sauntered past our Czech friend mid-stream. We’ve found the mountain gorillas. Or they’ve found us.

Face to face with the great apes

The ensuing moments are surreal, and will forever be etched into my memory. Up ahead of us, our trackers peer through the trees at a silverback, and behind us, the mother gorilla and her baby are now sitting three meters from us.

We all ogle the mother gorilla, who so gingerly, and with such care, cradles her baby – her maternal mannerisms human-like. We are, after all, 98% identical on a genetic level.

Any photographer knows that taking a photo is reflexive, as it usually is for me. But in this moment, I don’t want to experience these beings through the viewfinder and lens of my camera. It is a scene to be documented with the naked eye. I snap a few photos, careful not to detract from the encounter itself.

We spend an hour with a group of the great apes, crouched silently in the bushes, mouths gaping in awe, as we observe the silverback – a hulk of vegetarian muscle. His demeanour is protective, as with any good father, yet so incredibly gentle. We learn that this is the Mukiza gorilla family. Like a few gorilla families in Rwanda and Uganda, the Mukiza gorilla family has been habituated, meaning that they’re somewhat used to and familiar with the presence of people.

We watch as young gorillas – little bundles of thick fur – somersault through the undergrowth as they playfully wrestle each other. Mothers groom themselves and their tiny offspring as members of the group gnaw on the leafy greens all around them.

Though completely wild, the mountain gorillas seem unperturbed – even bored – by our presence. We keep a respectful distance, but the gorillas don’t mind us. We garner a vague interest from some of the young ones, but they are more infatuated with the challenge of climbing trees and tumbling around the forest floor. We occasionally receive a stare from the mighty silverback, likely gauging whether these strange, less hairy primates are any kind of threat. We earn his trust, and he graciously allows us to stay.

Many projected that mountain gorillas would be extinct by now – even the great Dian Fossey did. But thanks to intensive conservation efforts, the world’s mountain gorilla population is on the rise. We can thank rangers such as Goreth for being on the frontlines of defending these magnificent creatures and their remarkable homes. Another contributor to this is the collaborations formed linking tourism revenue, research, and communities. With all working together in conservation efforts, there is an incentive for those involved to protect the gorillas. Thanks to these collaborations, the IUCN conservation status of the species has been reduced from critically endangered to endangered.

Community members from Buhoma, a small village nestled against the very edge of the forest, play an integral role in conservation efforts. In turn, the community is dependent on revenue from tourism for income. Many of the park’s rangers and guides live in Buhoma Village. Their children go to school here, and a small health clinic nearby is funded by income generated by eco-tourism.

Another group of people who have settled within the vicinity of Buhoma are from the Batwa tribe – a tribe indigenous to the region, whose people once lived and sustained themselves entirely within the Bwindi Impenetrable Forest. When conservation efforts to protect the dwindling mountain gorilla population picked up steam, the Batwa people were evicted from the forest by authorities. Their removal was done on the grounds that resources in the forest are limited, and that infection and disease can be transferred between humans and the gorillas. Given that their survival previously depended on hunting and gathering in the forest, the Batwa have sacrificed much for the sake of the conservation of the great apes. The Batwa became conservation refugees and now live on a small parcel of land just outside Buhoma. Some can bring in an income through cultural tourism – by sharing their traditional rites and rituals with visitors through a ‘Batwa Experience’. Tourists can hear the music of the tribe, learn about their religion, skills in food gathering and hunting techniques, and interact with the tribe. But the move to evict the Batwa was a controversial one. Critics say authorities did not allocate enough space for resettlement or assist with employment and other basic needs.

While tourism brings invaluable income to the Buhoma and Batwa communities, there is still much work to develop these collaborations to benefit all parties. What is sure, though, is that the conservation of these gorillas would not have been possible without community involvement and collaboration.

It is a great privilege for tourists such as myself to be able to experience these amazing creatures in person. More work remains for the conservation of the gorillas and to build and sustain neighbouring communities, but there is no doubt hope for the future of these animals. Our planet is far better off with mountain gorillas and their rainforest homes like Bwindi than without.

WATCH: Interested to know more? Check out Ryan Biller’s documentary here: On the frontlines of great ape and rainforest conservation in Uganda

Bwindi is the fairy-tale forest we dreamed about as children; it is also where you can meet and spend time with gentle mountain gorillas. Read more here.

Keen to learn more about mountain gorillas? Get to know these creatures better.

The mountain gorilla is the only great ape with an increasing population despite continuous pressure on its habitat. Check out the population stats here.

Ryan Biller is a freelance journalist based out of Denver, Colorado, whose primary interest revolves around climate and conservation. His particular focus is on human-wildlife conflict and how this can be appeased in different places around the world for the benefit of both the person and the creature.