Posted on November 10, 2017 by News Desk in the News Desk post series.
ShareTweetPinEmailShareShareLinkedIn 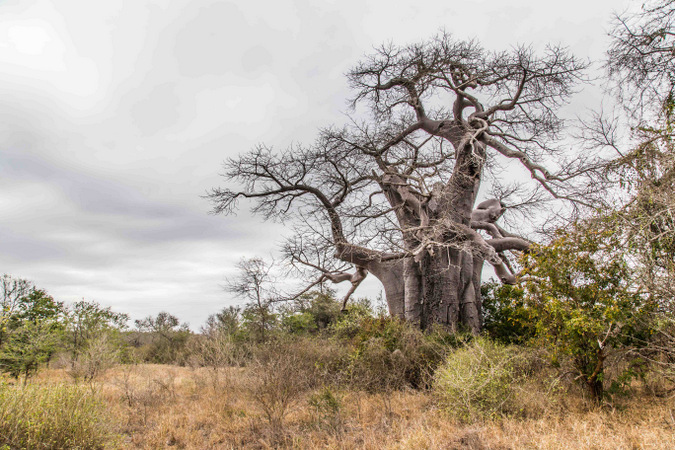 Having been declared a protected area in 1972, only to then be ravaged by sixteen years of civil war from 1977-1992, the sun now rises over a different Zinave National Park in Mozambique. The implementation of strategies to unlock the potential of the Park through the augmentation of the park management capacity, reintroduction of wildlife, improvement of infrastructure, and development of ecotourism, are starting to take shape.

These initiatives form part of a co-management agreement between Mozambique’s National Agency for Conservation Areas and Peace Parks Foundation to develop Zinave as an integral component of Great Limpopo Transfrontier Conservation Area. The aim is to rehabilitate the area, reinstating the ecological status that had occurred before and conserving nature for the benefit of people and animals alike.

With everyone focused on a single goal, Zinave has come alive with activity since the commencement of the joint management in early 2016.

Various infrastructure projects are providing the Park with improved headquarters, accommodation, services, and entrance gate facilities. As their work requires them to live in very remote locations, it is vital to provide Park staff with a comfortable and productive work and living environment. Accordingly, attention was given to enhancing the head office complex with upgraded office space; construction of suitable accommodation units for the approximately 30 administrative employees; new kitchen and ablution facilities; as well as the establishment of much needed recreational spaces.

In addition, the solar power and water provision systems were upgraded, and a workshop with stores erected so as to assist the park in being more self-sufficient in the absence of service providers nearby. Field ranger facilities are being improved through the renovation of existing amenities, the construction of one new dormitory for eight rangers at head office, and the construction of two new 6-bed dormitories at two of the main entrance gates. The main gates are furthermore in the process of being enhanced with tourism welcome centres, ablution facilities and solar power systems. In excess of 500,000 bricks were made on-site as part of these construction projects, with large numbers of local community members – more than 150 in peak phases – employed as part of these construction projects. 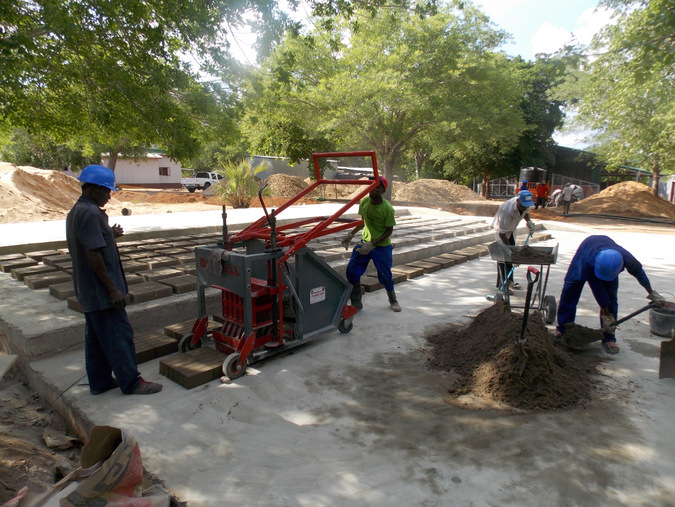 With the purpose of focusing conservation and protection efforts within the more than 400,000 ha Park, a 6,000 ha sanctuary was erected as initial habitat for translocated wildlife, with the plan to only release animals into the larger expanse of the park once sufficient security measures have been implemented. In 2017 alone, more than 780 animals, that included impala, reedbuck, waterbuck, buffalo and elephant, were translocated into this sanctuary from conservation areas in Mozambique, Zimbabwe and South Africa. Wildlife translocations will increase and continue as soon as the cooler months set in again in 2018. The medium-term rewilding strategy aims to relocate over 7,000 animals to the Park over a five-year period.

To accommodate this ambitious wildlife relocation programme, the Park is scheduled to complete the expansion of the sanctuary to 18,000 ha by November this year. In preparing to manage this expanded sanctuary and increased wildlife population, the Park has identified the need to enlarge its ranger force. In September 2017, 34 candidates from the local communities were put on an intensive six-week ranger training course presented by the Southern African Wildlife College. All of the trainees successfully completed the course which equipped them with a qualification for future employment within the Park and surrounding conservation areas. Following their pass out parade in October, 24 of the newly qualified rangers were appointed as part of the Zinave ranger force – in so doing increasing the staff component to 79 and doubling the size of the Park’s patrol capacity.

The new rangers will also be deployed in the areas around the expanded sanctuary, to secure this space as game numbers grow to approach the carrying capacity, whereafter animals will be released into the wider Zinave National Park.

A new digital radio system has been installed in the park to enable communication across the expanse of the park and to link into the new Anti-Poaching Operations Control room. The rangers have also been trained in strategic patrol planning and equipped with Spatial Monitoring and Reporting Tool (SMART) tracking systems. To further assist the staff in their duties, access roads continue to be upgraded, and additional park equipment such as vehicles, trucks, motorbikes, and an aeroplane have been purchased. 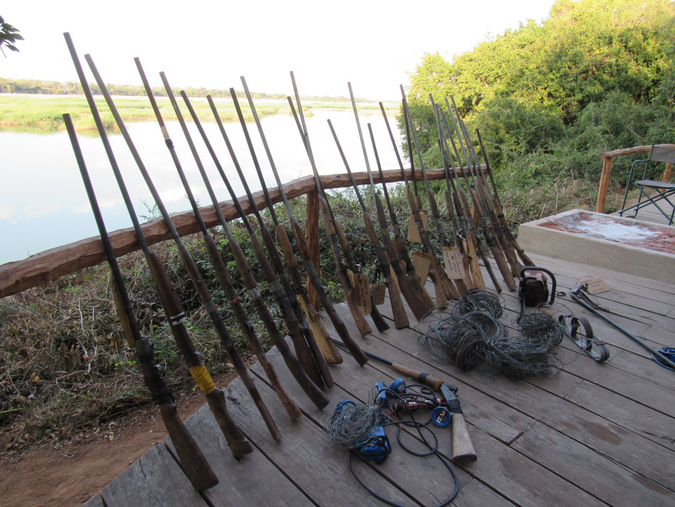 The combined impact of these interventions has already resulted in great strides being made with improved anti-poaching capabilities in the park. There has been a rapid escalation in the confiscation of snares and more than 76 rifles, mostly shotguns, have been seized over the past year. An entire network of poacher trails and camps leading deep into the Park have been uncovered, allowing for focussed monitoring of critical hotspots.

In addition, through multiple suspect apprehensions and confiscation of logging vehicles, the Park has successfully clamped down on illegal logging inside the Park boundaries – a practice that had been devastating the natural resources in the Park. 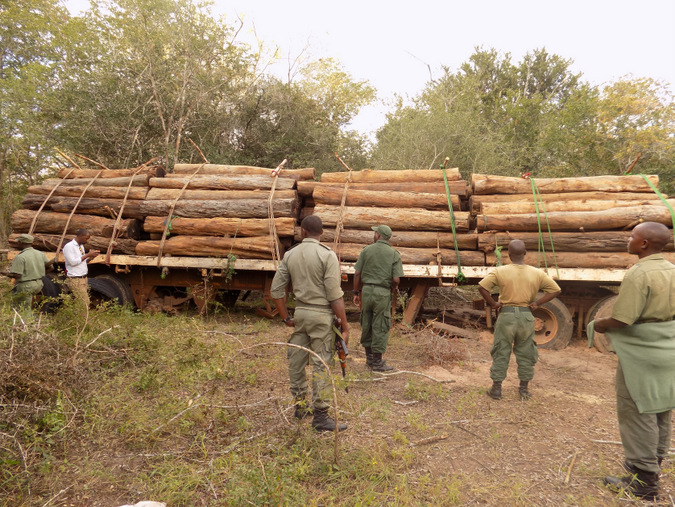 The development of the Park is also giving focus to intensified engagement with the local communities living adjacent to and inside the Park area. In addition to increased employment opportunities already offered through the Park, baselines studies have been concluded to determine the needs and development potential of all relevant local communities and to support the resurrection of the community committees. This has led to the kick-off of first phase projects aimed at improving water provision systems and establishing conservation agriculture projects in selected settlements.

Continuation of each of these efforts will create the foundation for Zinave National Park to venture into a tourism development phase – enabling the Park to support conservation and community alike and to regain its former glory. 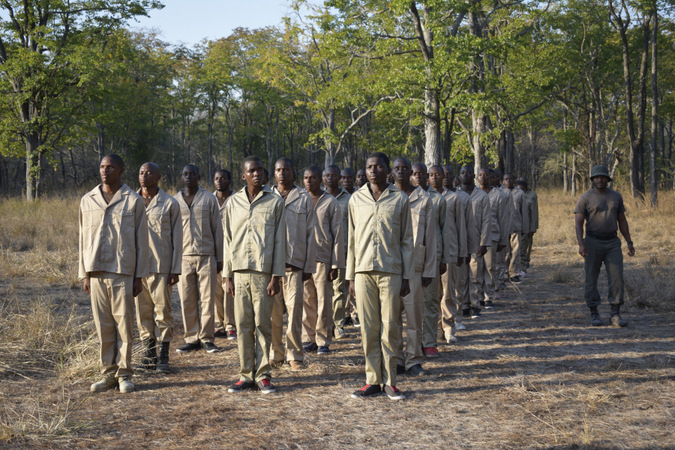