Posted on January 4, 2019 by teamAG in the Decoding Science post series.
ShareTweetPinEmailShareShareLinkedIn

Often in the news, or even while out on safari, you may come across the term ‘infanticide’, or even witness it first-hand. This is where an adult, usually a male – though it can be practised by females too– kills a young offspring of the same species.

Infanticide is an often overlooked way of ensuring the survival of the fittest. It has been recorded in several species throughout the animal kingdom, especially in primates. It includes mammals such as dolphins and meerkats, as well as fish, insects, reptiles and amphibians – even unpredictable animals such as hippos can commit infanticide.

Scientific research shows it can provide benefits to the perpetrator, such as increased reproductive opportunities, access to limited resources, direct nutritional benefits, or the prevention of misdirected parental care.

Infanticide in lions is common, and here we will briefly look into the theories as to why lions, both males and females, commit such an act. 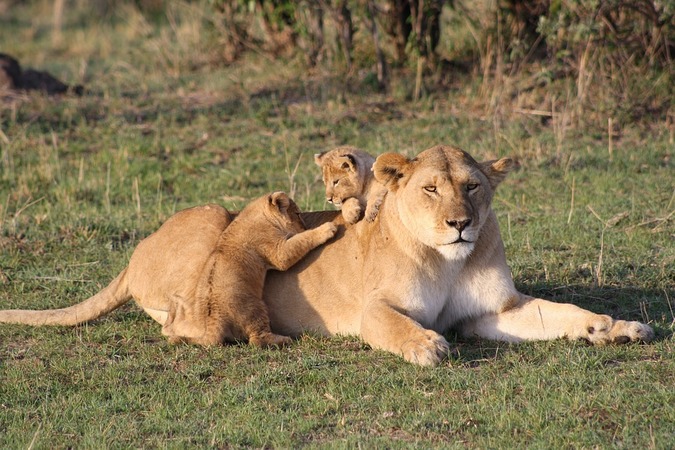 When a new coalition of males takes over a pride, they almost always kill the prides’ cubs, since they are not biologically related and do not want to spend energy ensuring that other lions’ genes will be passed on. Also, female lions will not be receptive to mating while they are nursing, so killing the cubs enables the male lions to procreate.

The immigrating lions seem to target any cubs that are roughly nine months old or younger – as the mother will still be nursing them – though as in other species, the female will attempt to prevent infanticide by hiding or directly defending their cubs; lionesses are generally more successful at protecting older cubs, as they would be leaving the pride sooner.

Males have, on average, only a two-year window in which to pass on their genes, and lionesses only give birth once every two years, so the selective pressure on them to conform to this behaviour is intense. In fact, it is estimated that a quarter of cubs dying in the first year of life are victims of infanticide (Packer & Pusey, 1984).

Infanticide by the mother of lion cubs, referred to as filial infanticide (when a parent kills its offspring), has been observed where the mother will deliberately abandon her litter when only one cub remains. It has been determined that females will increase their lifetime reproductive success by abandoning single cubs and investing exclusively in larger litters (Packer & Pusey, 1984). It is also noted that abandonment can also occur if the cub is handicapped, weak or suffering from illness. 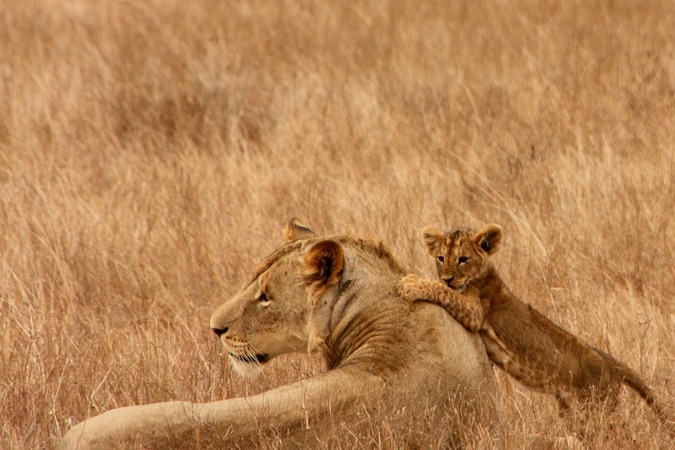 Because infanticide by males is highly detrimental to female reproductive success, several counter-strategies by female lions to try and prevent infanticide, or reduce the impact of it on the pride, has been noted by researchers Packer & Pusey (1982):

“Those females that remain in the pride and mate with the new males show low fertility in the first few months after a takeover of their pride. At the same time, however, females show heightened sexual activity, being more active in initiating copulations and seeking a greater number of mating partners. These two factors appear to elicit competition between male coalitions for control of the pride, with the result that larger coalitions eventually become resident. This is adaptive because a female needs protection from male harassment of her cubs for two years or more to rear her cubs successfully, and only large male coalitions are likely to remain in a pride for more than two years.”

Read more about lions in our story:The African Lion