The Kasanka National Park in Zambia – home to the world’s largest mammal migration – is under immediate threat from agricultural development. Update.

Up to ten million fruit bats migrate to the wetlands in Kasanka for a few months every year. It is a globally significant biological spectacle that draws in tourists and helps to underpin the fastest growing economic sector in Zambia. This is the world’s largest mammal migration.

Kasanka National Park receives the highest level of protection in Zambia – because of the unique flora and fauna that it supports. Critical to the whole ecosystem is the habitat immediately surrounding the park. This land is currently being illegally deforested by the Tanzanian based Lake Group and its subsidiary Lake Agro Industries. They apparently aim to grow wheat, maize and soya amongst other crops.

The habitat around the park is designated the Kafinda Game Management Area (GMA) and also receives protection but this is being ignored. Lake Agro Industries have cleared over 560ha of natural woodland in the zone. The future of the whole area now hangs in the balance.

The Zambian government has temporally halted the destruction but Lake Agro Industries is persevering. They have submitted a formal Environmental and Social Impact Assessment (ESIA) for consideration, requesting permission from the Zambia Environmental Management Agency (ZEMA) to develop commercial agriculture and associated infrastructure over a 7,000ha footprint inside the GMA, less than three km from the national park where the bats roost. The result of the ESIA will be given on 18 June 2021 but the actual ESIA still does not appear on the ZEMA website and public comment is thus almost impossible.

The clearing began in 2019, well ahead of obtaining any formal permissions. The Kafinda GMA is officially classed as part of Zambia’s Protected Area Network. In practice, this is supposed to be implemented by the General Management Plan (GMP), which was signed by the Ministry Of Tourism and Arts and the Zambian Wildlife Authority. This splits the area into zones and sets out what type of land use is permitted in each. The Lake Agro footprint sits across the ‘Wilderness Zone’ and the ‘Development Zone’.

The wilderness zone is supposed “to be used for tourism and preservation of habitat”.  “The purpose of the zone is to provide low volume tourism. It allows for minimum development with non-permanent structures. Visitor activities focused on are game walks, game viewing and photographic safaris”. Roads, settlements, hunting, and farming are not permitted.

The development zone: “covers 56 % (2,162 km2) and is the largest of all the zones. It generally surrounds the buffer and the special use zones. It allows for developments such as settlements and basic amenities such as education and health”. Small scale community farming is permitted within the Kafinda GMA, but not commercial farming. All development proposals within the GMA require an EIA or an Environmental Project Brief.

Lake Agro Industries claim they have permission to occupy the land because they made a payment to the local traditional authority, Chief Chitambo; however, the chief doesn’t have the authorisation to give away that amount of land or override the legal restrictions set out in the GMP, and he did not consult DNPW.

Local ecologist and conservation biologist Helen Taylor-Boyd says: “The value that the Park and GMA buffer provides through ecosystem services such as water catchment and carbon sequestration, as well as tourism livelihoods, cannot be underestimated. Kasanka National Park is also host to the world-famous fruit bat migration and impacts here will have a knock-on effect for seed dispersal locally, nationally and beyond borders”. 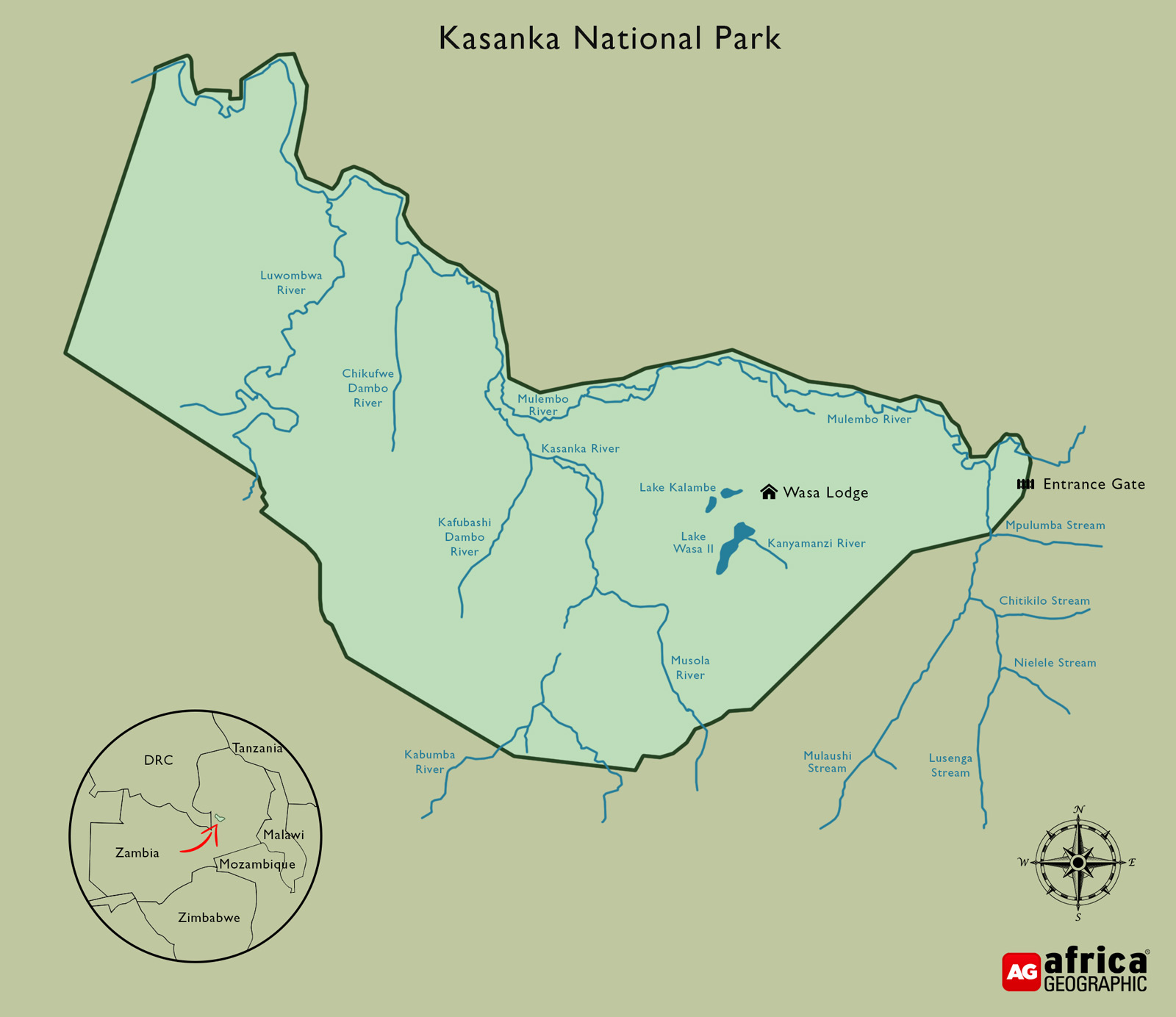 The area under threat, the GMA, is crucial to the integrity of the park, providing a buffer and transition into other sustainable land uses. When the world’s largest mammal migration occurs in October each year, the straw-coloured fruit bats take up residence in a small area of evergreen forest in the very heart of Kasanka National Park. Every evening they leave the roost to forage well beyond the artificial boundary of the park, venturing deep into the Kafinda GMA.

Research has shown that these bats migrate huge distances from countries including DRC, South Sudan and Tanzania. Along the way, they deliver invaluable ecosystem services, such as seed dispersal and the promotion of reforestation. Effects in Kasanka will have repercussions felt across Central Africa.

Concerns with the ESIA

Despite the legal status of the GMA, its protection is not being enforced. The landscape is being deforested and degraded at an alarming rate, posing a direct threat to the integrity of the park’s ecosystems and the animals it supports. In 2019, Lake Agro Industries cleared over 560ha of pristine woodland in Kafinda GMA without the appropriate permission. Government departments issued three-stop orders before closing the farm in March 2020.

Proposals in the ESIA include drawing water directly from the Luwombwa River, which feeds the wetland habitats of Kasanka National Park. It is estimated that abstraction at peak demand in September would be greater than 90% of the remaining flow of the Luwombwa River.

The ESIA report from Lake Agro Industries concludes that “the identified environmental impacts have been fully mitigated against”, with proposed mitigation to compensate for deforestation being “avoid clearing or damaging intact habitats” – despite the 7,000ha scheme being situated entirely within the intact habitats of the GMA.

Potential impacts on the Protected Area network (Kasanka National Park and Kafinda GMA) are not given any consideration in the ESIA and, in 245 pages, there is not a single mention of a bat.

Kasanka Trust maintains that it would be negligent of ZEMA to grant approval for the proposals. The site selection and occupancy of the GMA would result in devastating impacts to biodiversity conservation on an international scale.

It should also be noted that elsewhere inside the Kafinda GMA, another subsidiary of the Lake Group, Gulf Adventures, has occupied approximately 5,000ha of pristine forest and constructed a game farm. The introduction of species not native to the local area such as ostrich and impala is a further breach of the GMP that is designed to support the protection of the GMA.

In theory, there should be no way that the project will be granted approval. It’s situated entirely in a protected area and would have very serious consequences for a national park of international importance for biodiversity conservation. On paper, it has the highest level of protection available. The company has already demonstrated their lack of regard for the environment and the law and there are also serious concerns about the validity of the EISA.