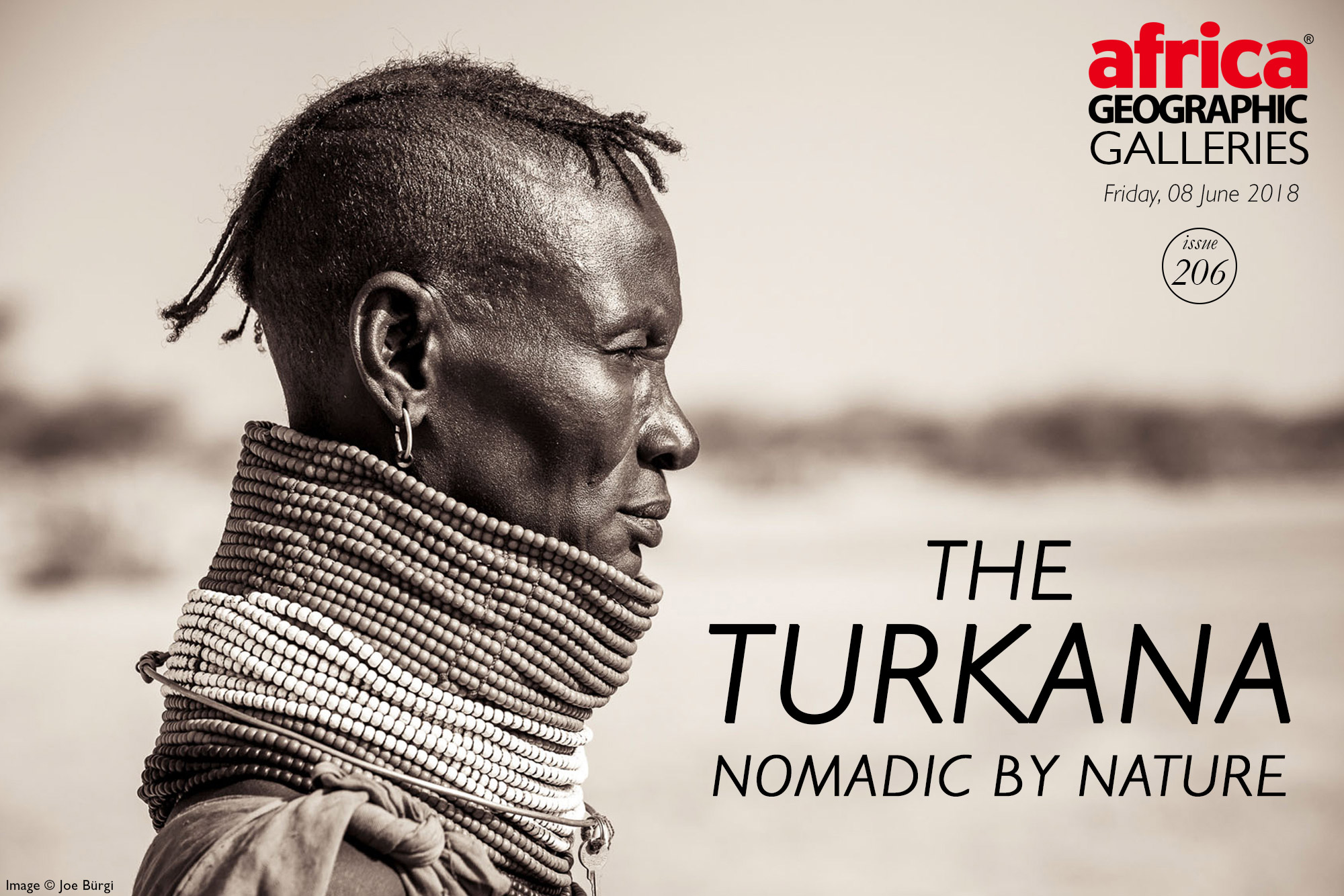 The Turkana – Nomadic by Nature

Joe Bürgi and his wife, Ursula, are perennial travellers and photographers from Switzerland. Their passion for the exploration of off-the-beaten-track destinations has allowed them to compile a catalogue of unique photos that tell inspiring, eye-opening stories of remote tribes that are mostly unknown to the rest of the world.
In this gallery, we showcase a series of photos of the nomadic, pastoralist Turkana tribe in northern Kenya. These photos are a true reflection of the raw, harsh environment that they inhabit, and the pride that they possess is a testament to their cultural beliefs. It is astonishing, enthralling and above all, real. 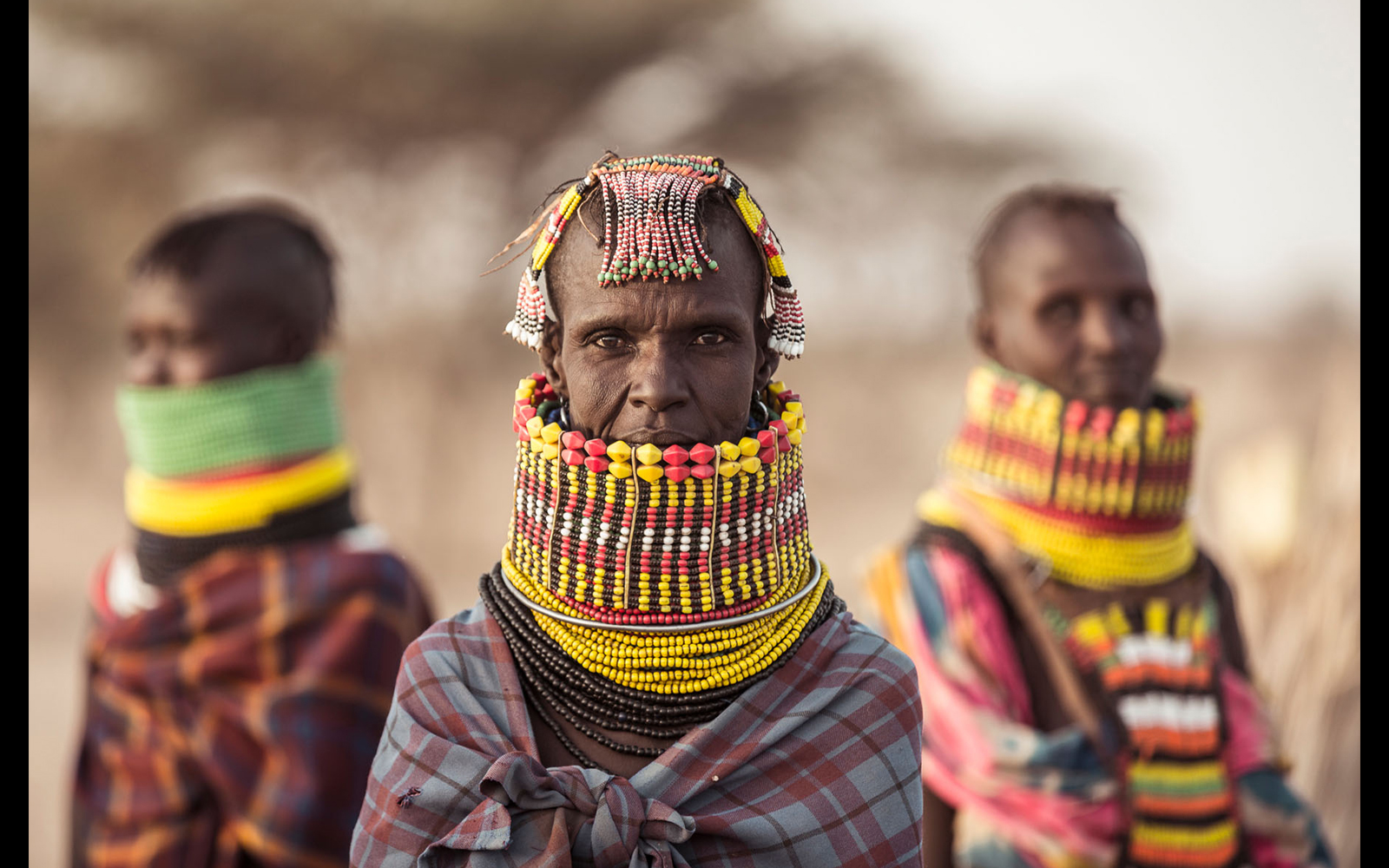 The Turkana tribe inhabit the Turkana district in Kenya’s Rift Valley Province. They form part of the Nilotic tribes and are regarded as the third largest pastoralist community in Kenya, after the Kalenjin and Luo, being slightly more numerous than the Maasai. 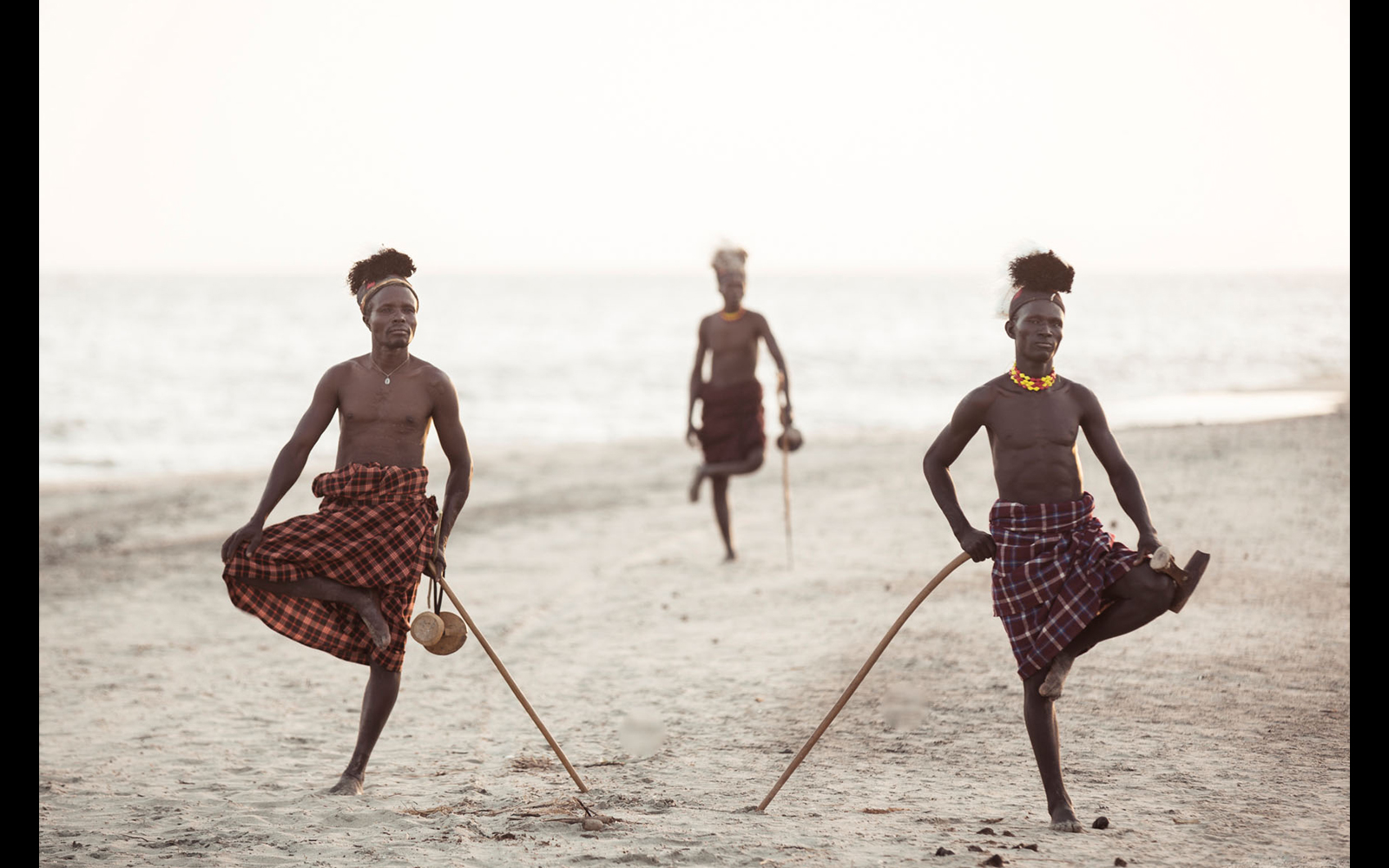 The Turkana originated from the Karamojong region of northeastern Uganda. Oral tradition suggests that they arrived in Kenya while chasing a disobedient bull. History shows that unlike many other tribes, they were not affected by colonialism as little value was seen in the dry, arid land that they inhabited. 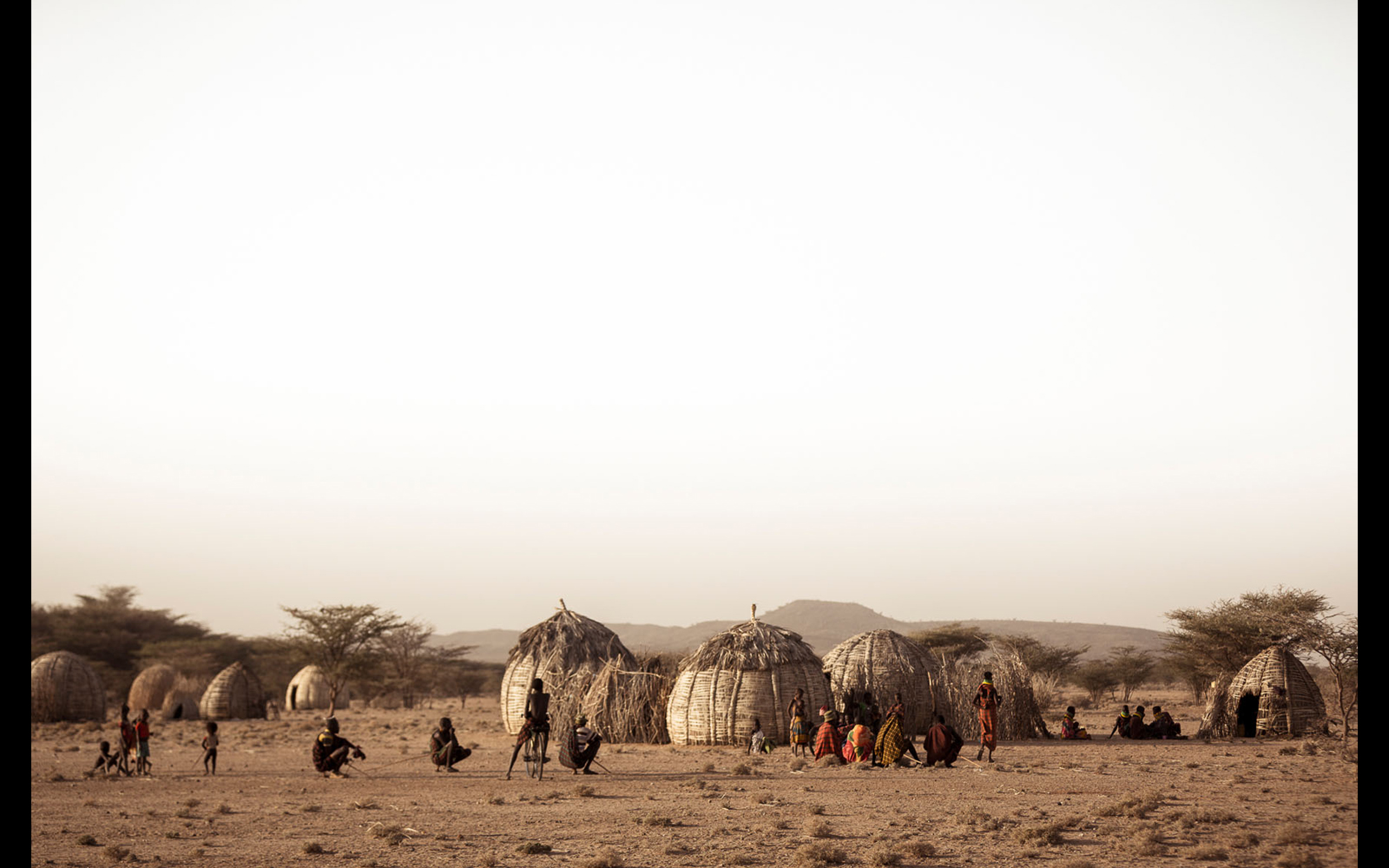 The Turkana don’t have any permanent settlements, frequently moving as food and water sources become exhausted. Livestock not currently being milked are moved to mountain slopes or foothills, where the vegetation lasts longer than on the plains. 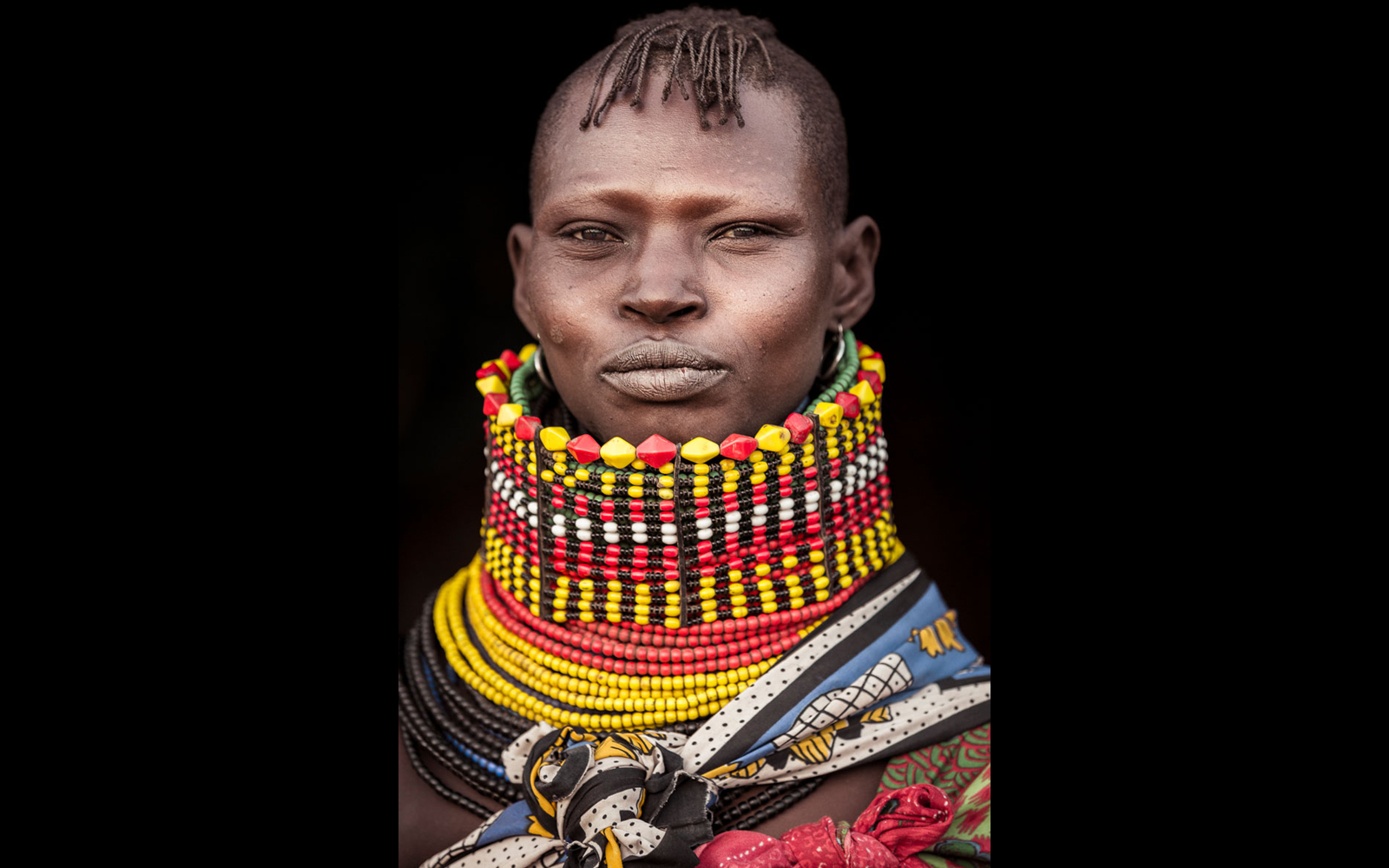 Similar to the Maasai and Samburu, the Turkana wear colourful clothing and regalia. Women adorn themselves with brightly-coloured, beaded necklaces, and the men dye their hair with specially-coloured soil. The social standing of a woman in the tribe is evident by the quantity and style of jewellery that she wears. 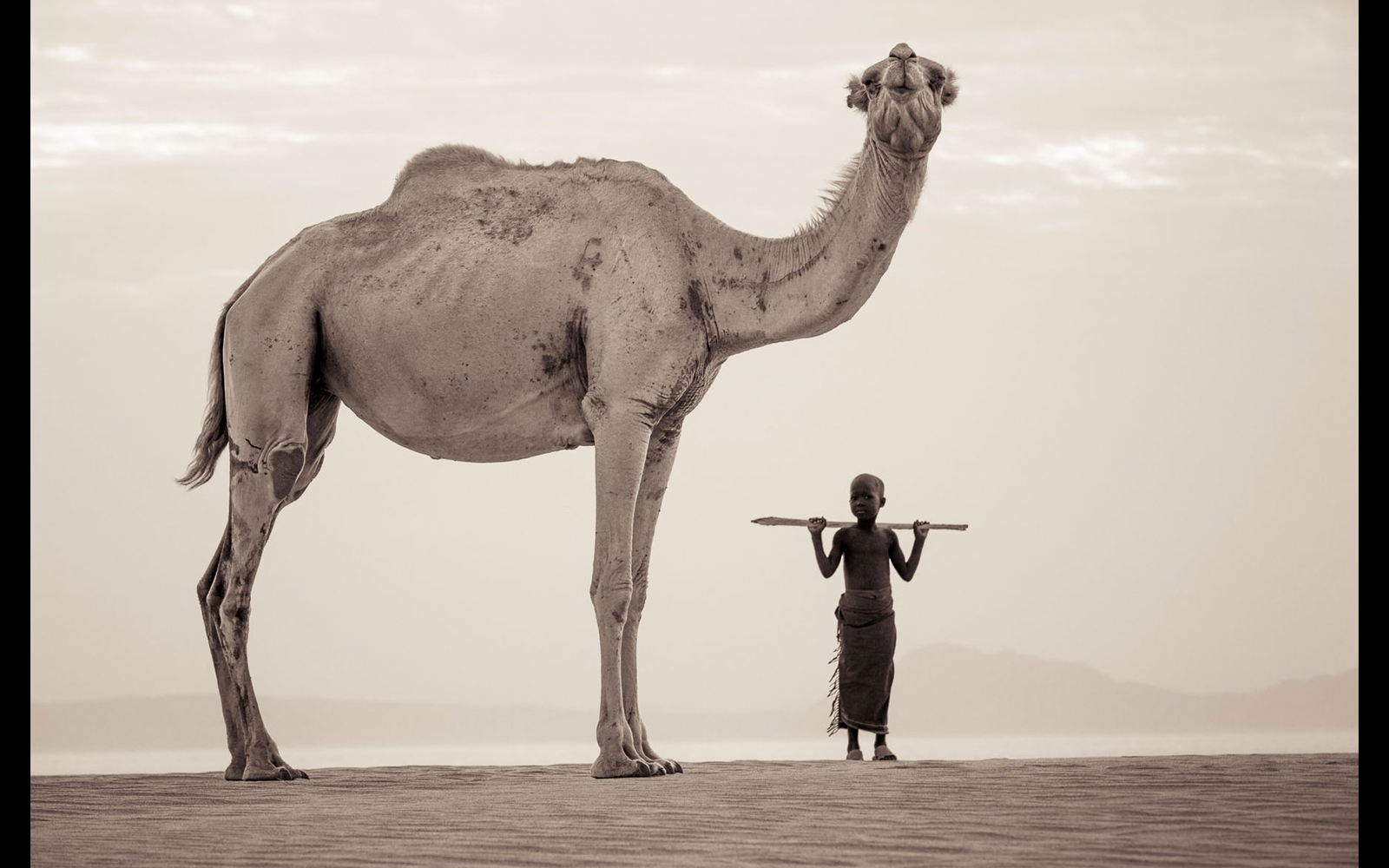 Just like the Maasai, the Turkana’s livelihood is dependent on their livestock to provide sustenance – though they do not revere livestock to the same extent as the Maasai. Camels are one of the animals that they raise, along with other livestock such as goats, zebu (subspecies of domestic cattle) and donkeys. They live completely off the animals’ produce – such as milk, blood, skins and meat. Any money made from the selling of livestock is used to buy goods such as maize, beans, sugar, tobacco, and vegetables. 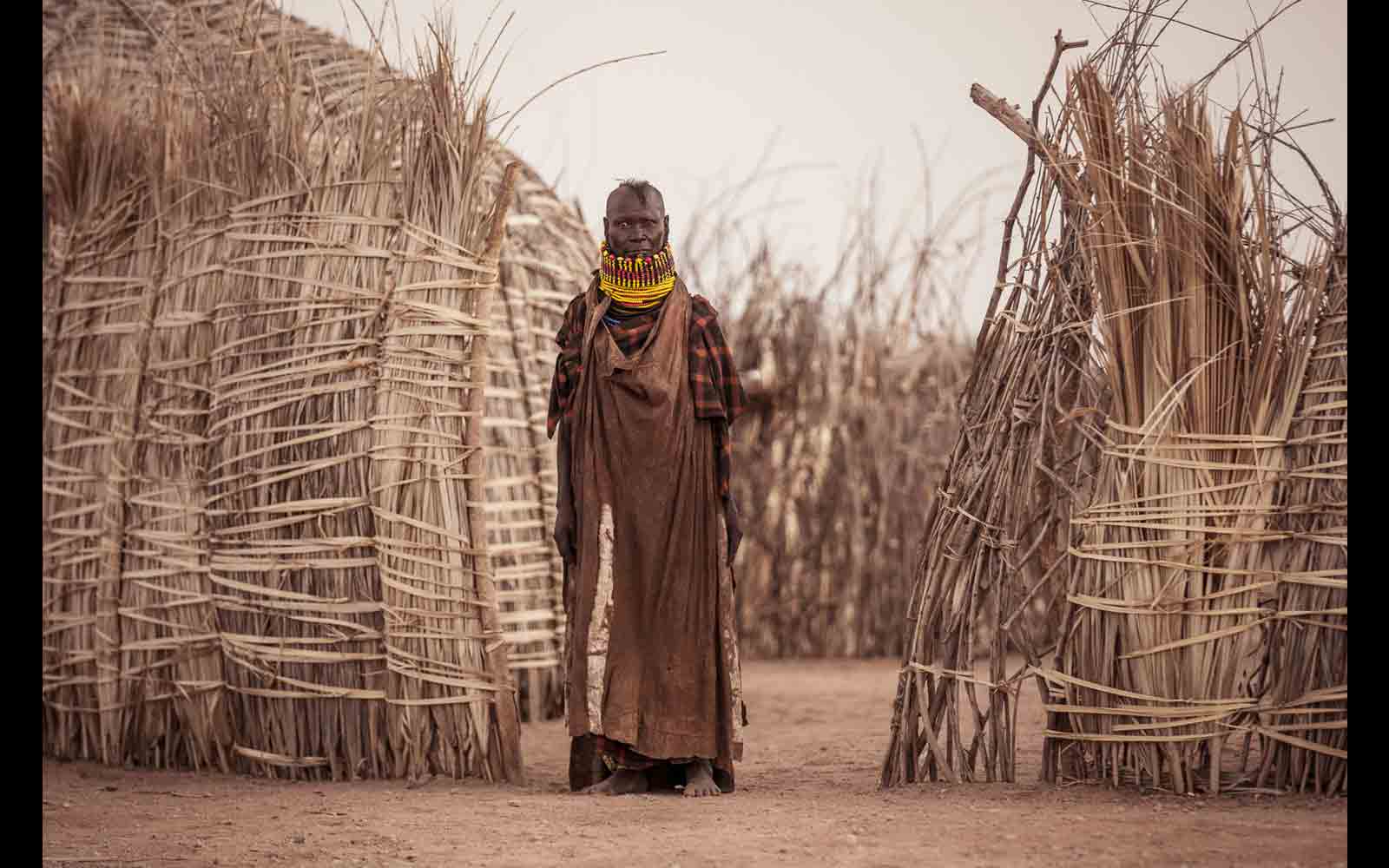 The Turkana live as a social unit called an awi – this consists of the man, his wives (polygamy is an accepted practice), children and dependent women. The size of the awi differs according to wealth, but the average awi size is approximately 20-25 individuals. The head of the household ‘owns’ the livestock, but they are allocated to the women – the number of animals received depends upon the women’s status within the awi. 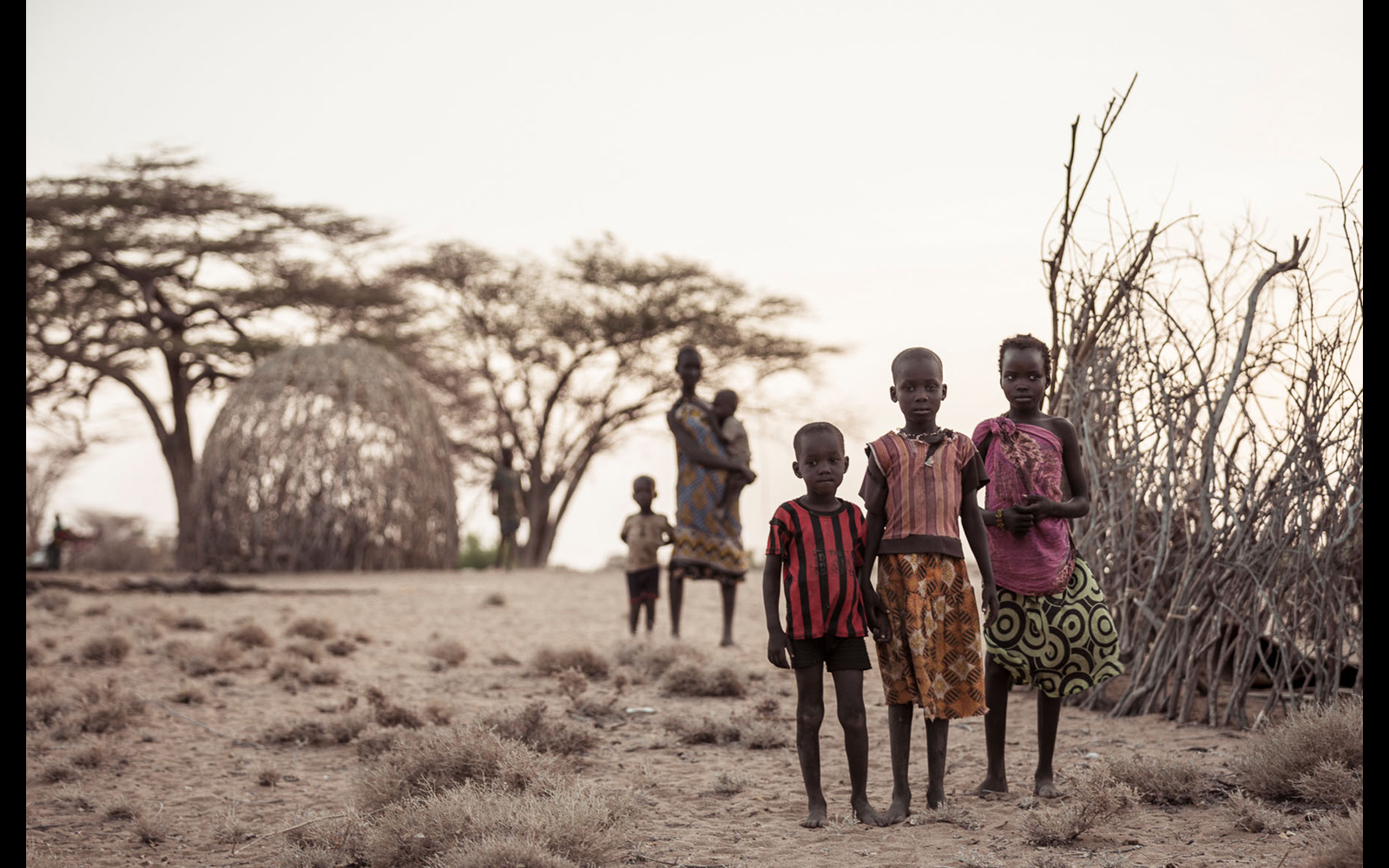 Unlike other nomadic tribes, the Turkana do not have many complex customs or strong social structures. Each Turkana family tends to be self-sufficient, though, at times, several families may graze their livestock collectively. 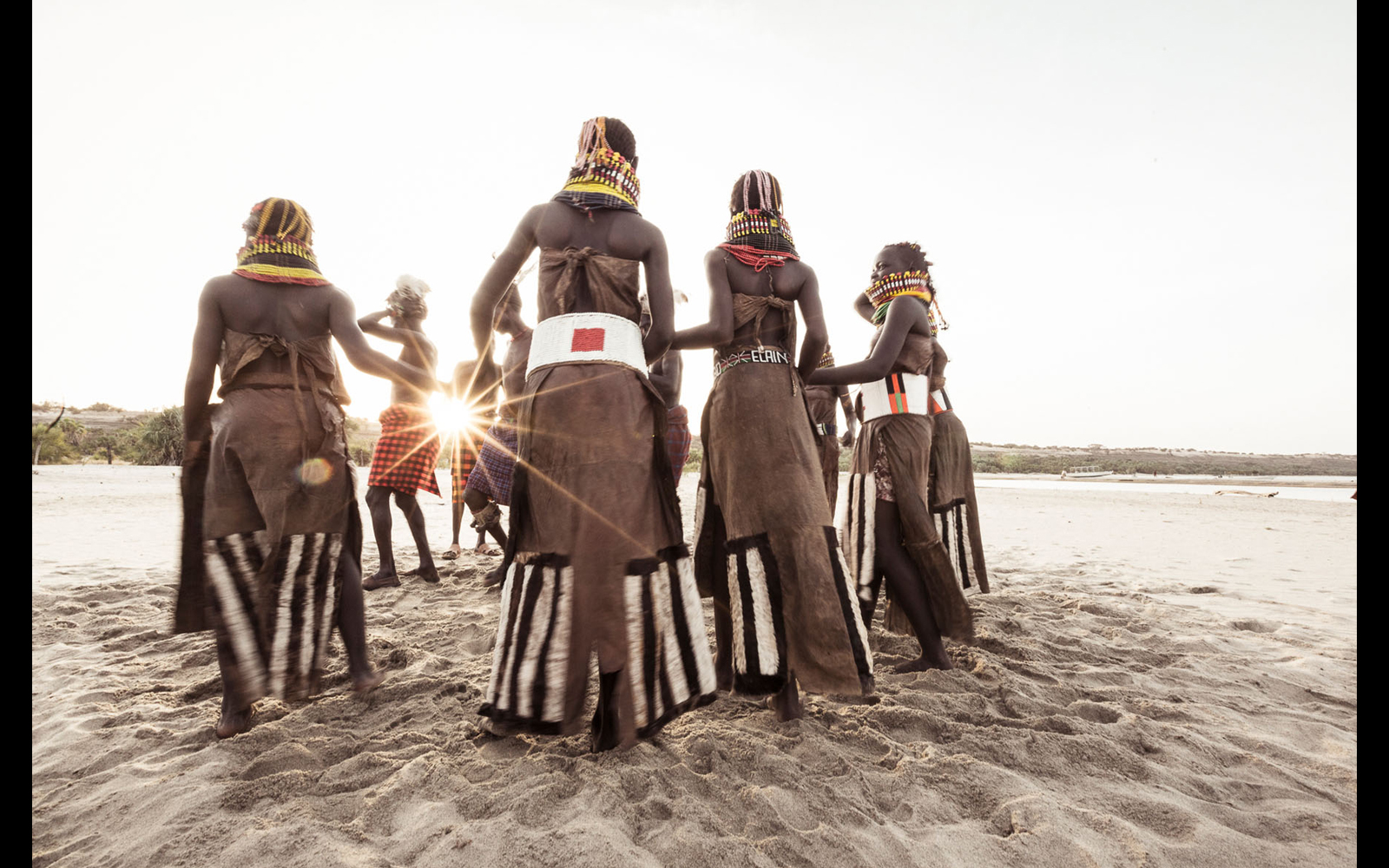 In terms of faith and religion, the majority of the Turkana still practice their traditional African religion. They believe in a god of the heavens or skies, whom they call Akuj or Kuj. This god is usually called upon when they are experiencing extreme hardship or crisis, such as during times of drought. 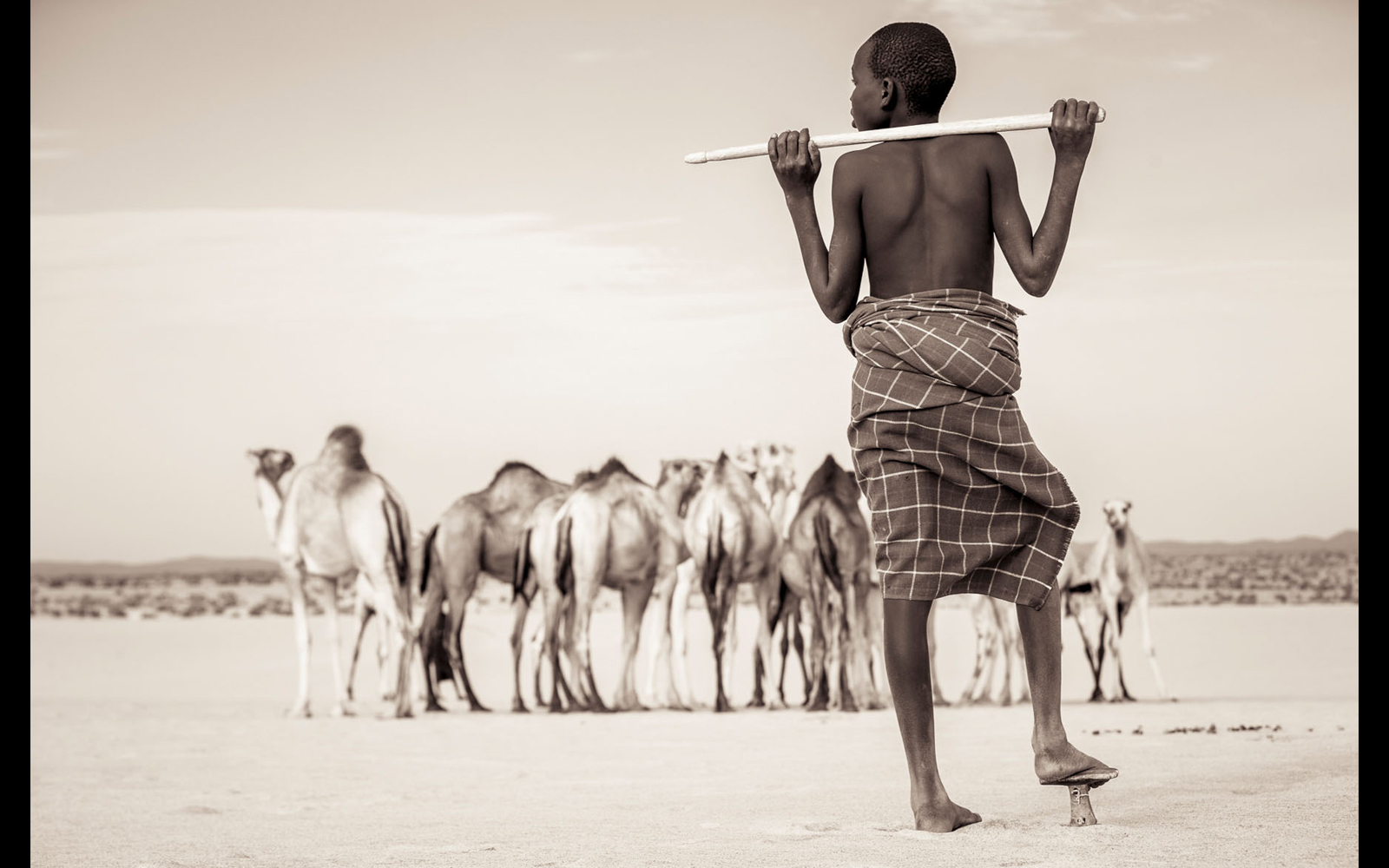 The Turkana keep camels for two main reasons. The first is for their use as a pack animal – ideally suited for the harsh conditions of a desert environment. The second is for their nutritious milk that is easily digestible. 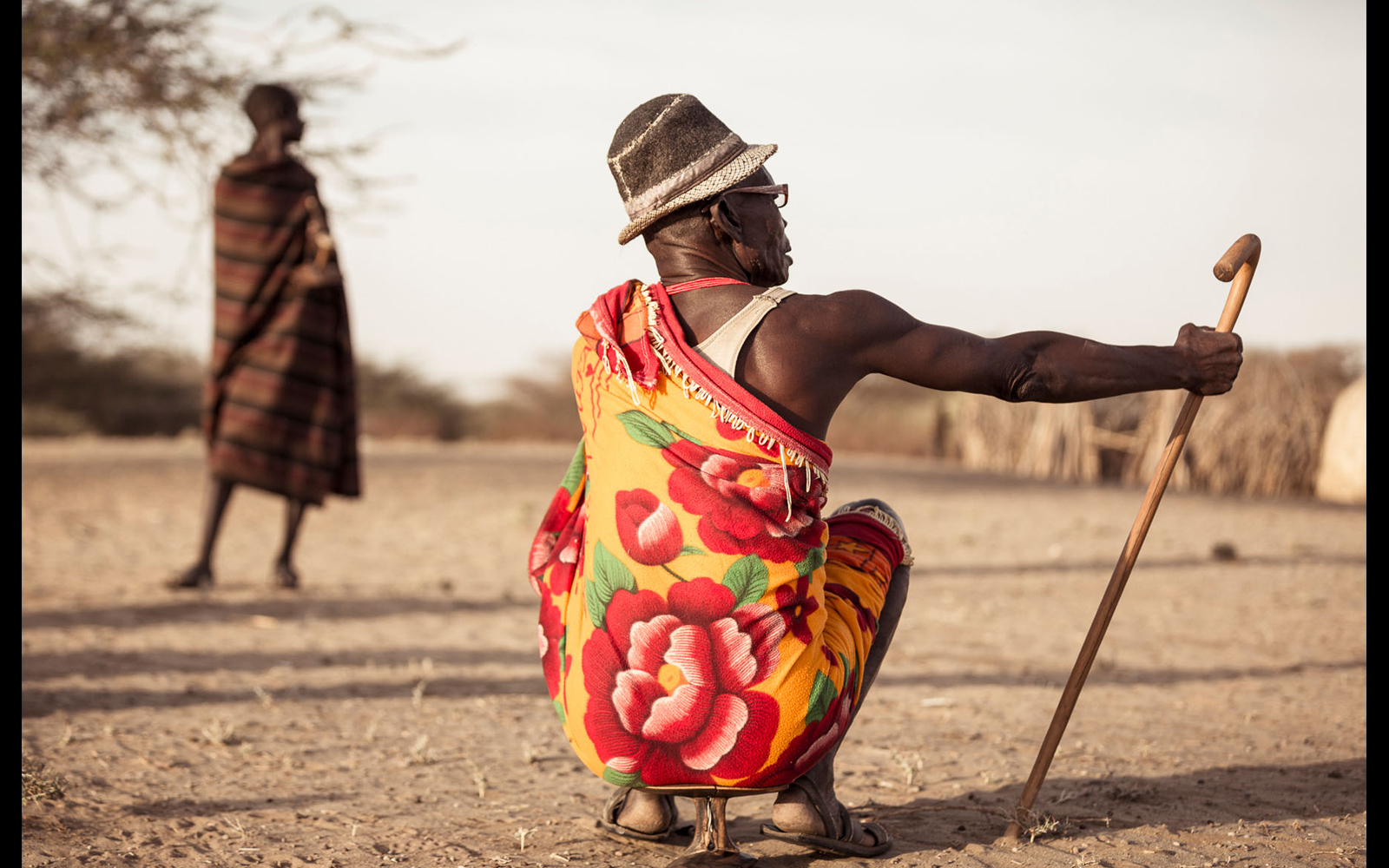 Turkana men carry around stools, or ekicholongs, which are used for a variety of purposes, from simple chairs to avoid sitting directly on the hot desert sand, to headrests that help keep their head off the ground and protect any ceremonial head decorations from being damaged. 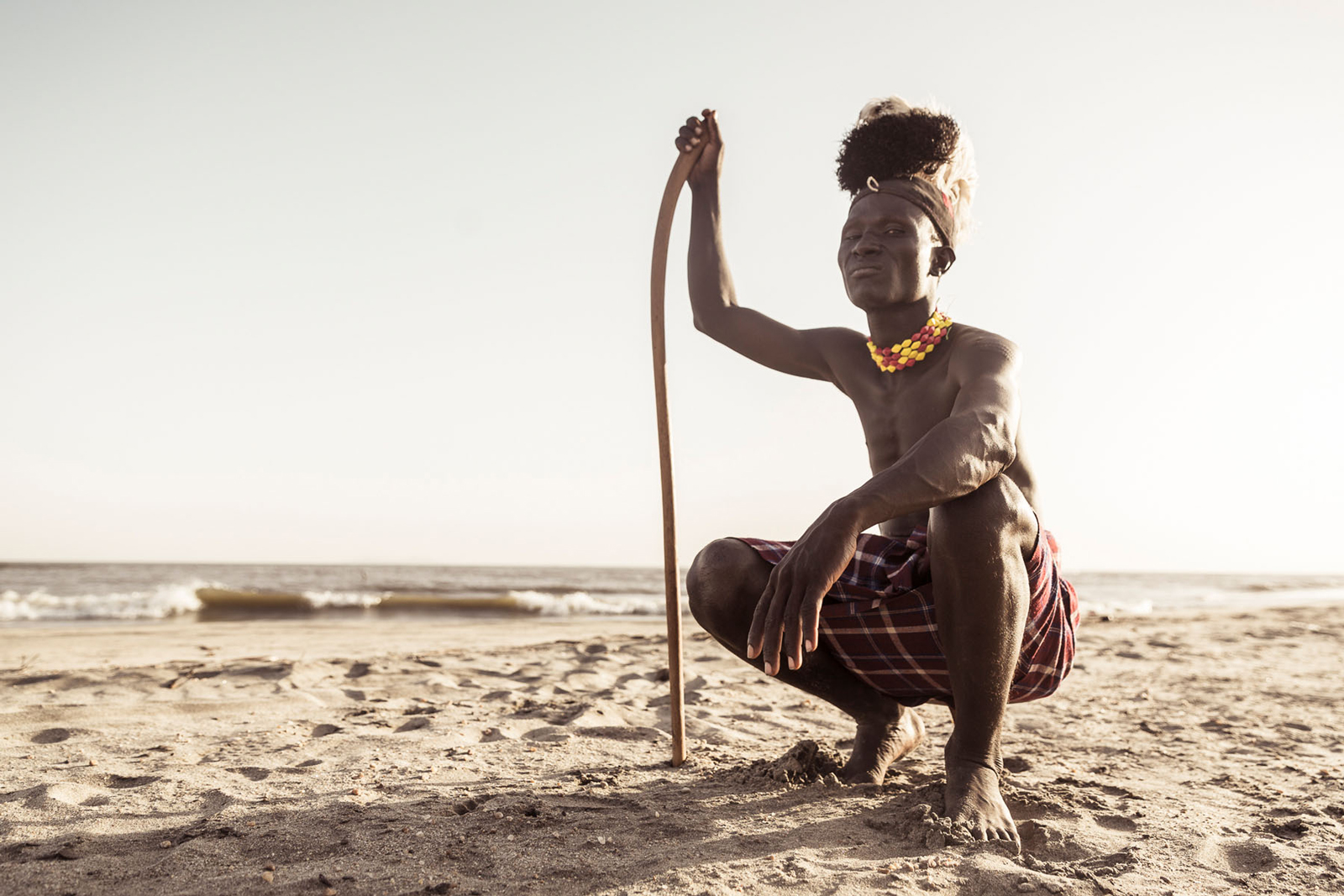 📷  A Turkana tribesman on the shores of Lake Turkana © Joe Bürgi

The Turkana are quite adept at crafting their jewellery – such as the stunning bracelets and necklaces that the women wear. They are also quite proficient in woodcarving, stone carving and metalwork, producing their weapons such as spears, clubs and knives. 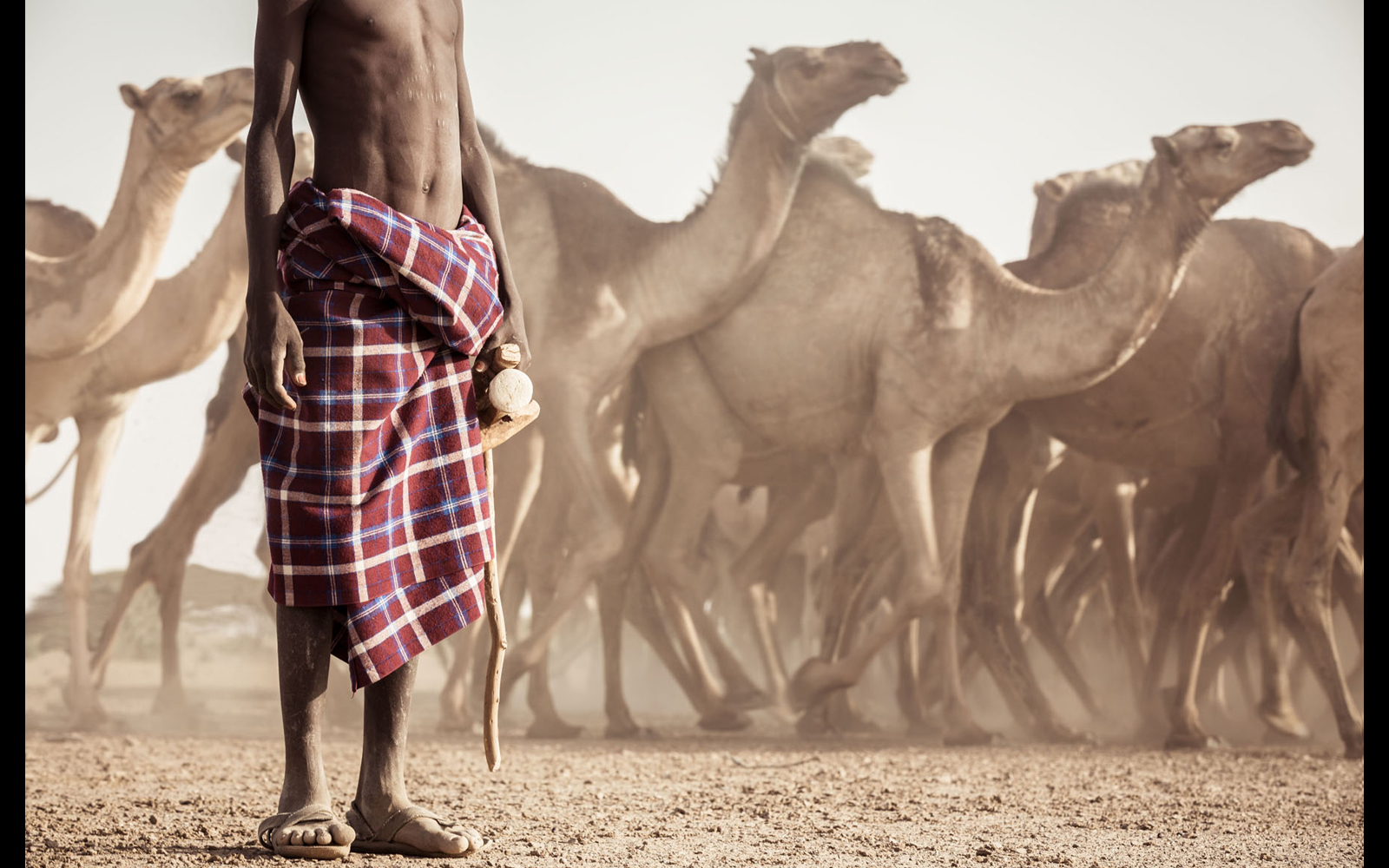 📷  A young Turkana herder and his camels © Joe Bürgi

Like cattle, camels can also be negotiated as bridewealth, slaughtered on ritual occasions, and are also given between men to create or to affirm pragmatic friendships. 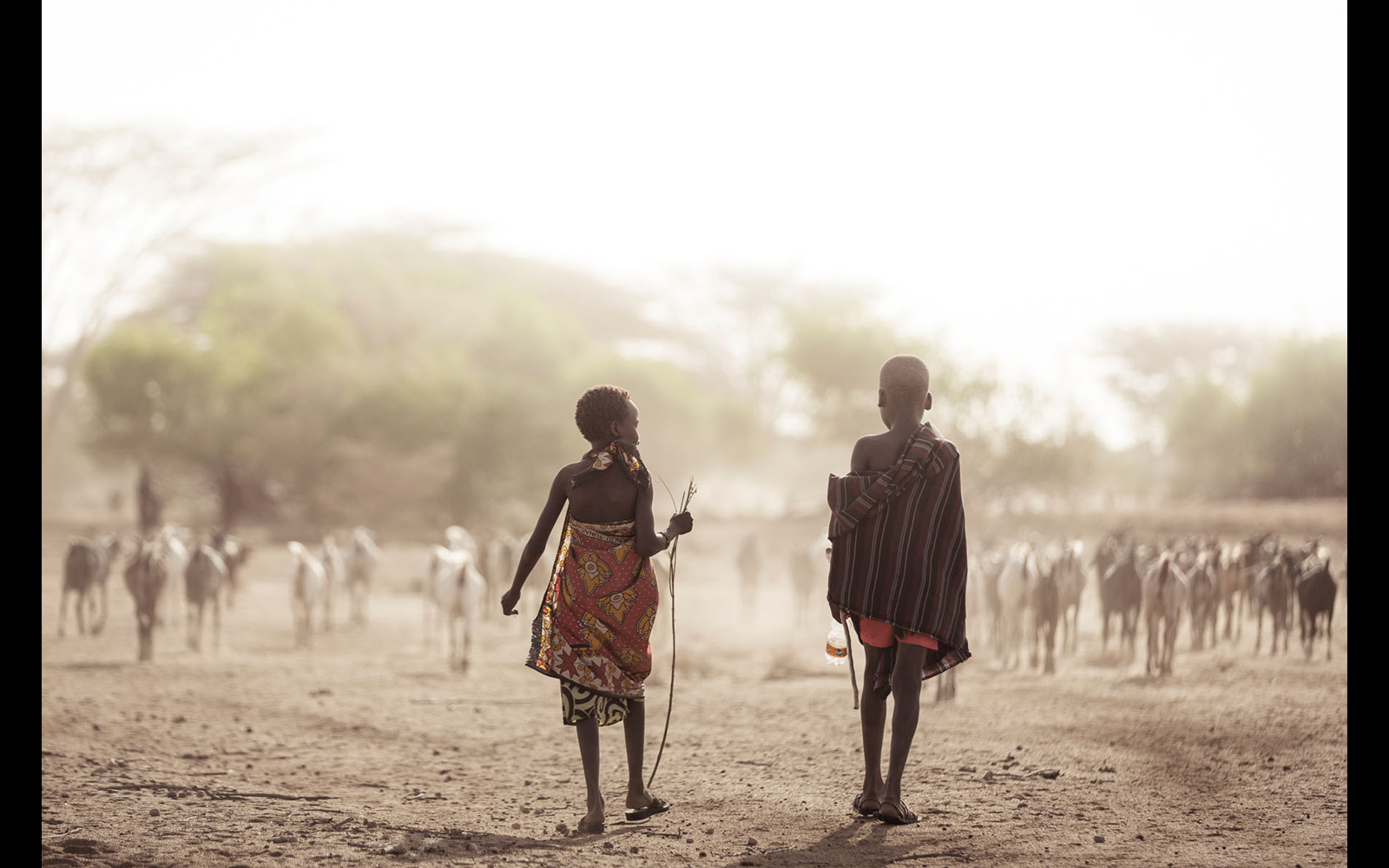 📷  Young herders with their goats, making their way to a nearby waterhole early in the morning © Joe Bürgi

Due to the high value the Turkana place on their livestock, often they will raid other tribes to acquire more animals. Even though this could be seen as theft from an outsiders point of view, it is considered a perfectly acceptable traditional custom amongst the Turkana and other pastoralist tribes in northern Kenya.