Posted on March 7, 2018 by News Desk in the News Desk post series.
ShareTweetPinEmailShareShareLinkedIn 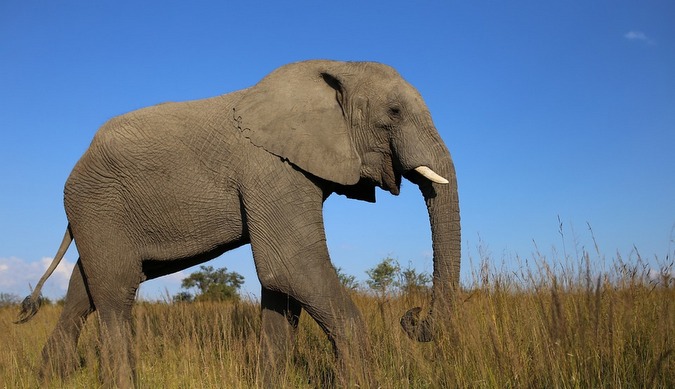 Sourced from third-party site: The Hill, written by Miranda Green

The Fish and Wildlife Service (FWS) announced last week that it will now consider all permits for importing elephant trophies from African nations on a “case-by-case basis”, breaking from President Trump’s earlier promises to maintain an Obama-era ban on the practice.

In a formal memorandum issued on Thursday, FWS said it will withdraw its 2017 Endangered Species Act (ESA) findings for trophies of African elephants from Zimbabwe and Zambia, “effective immediately”. The memo said “the findings are no longer effective for making individual permit determinations for imports of sport-hunted African elephant trophies”.

In its place, FWS will instead “grant or deny permits to import a sport-hunted trophy on a case-by-case basis”.

FWS said it will still consider the information included in the ESA findings, as well as science-based risk assessments of the species’ vulnerability when evaluating each permit request. The service also announced it is withdrawing a number of previous ESA findings, which date back to 1995, related to trophies of African elephants, bontebok and lions from multiple African countries.

The decision to withdraw the FWS findings followed a D.C. Circuit Court decision in December that found fault with the initial Obama-era rule, which banned importing elephant hunting trophies from Zimbabwe.

“In response to a recent D.C. Circuit Court’s opinion, the U.S. Fish and Wildlife Service is revising its procedure for assessing applications to import certain hunted species. We are withdrawing our countrywide enhancement findings for a range of species across several countries,” a spokesperson for FWS said in a statement. “In their place, the Service intends to make findings for trophy imports on an application-by-application basis.”

A federal appeals court ruled at the end of last year that the Obama administration did not follow the right procedures when it drafted its ban on the imports. The court also said the FWS should have gone through the extensive process of proposing a regulation, inviting public comment and making the regulation final when it made determinations in 2014 and 2015 that elephant trophies cannot be brought into the country.

The agency used the same procedures as the Obama administration for its ESA determination in 2017 that led to reopening African elephant imports to the U.S. in November. At the time, a FWS spokesperson said the reversal “will enhance the survival of the species in the wild.”

Following the fall announcement to overturn the ban, the Trump administration faced immense backlash, which played a role in leading the president to denounce elephant hunting and promise to re-establish the ban. Trump in February called the administration’s initial decision to overturn the Obama-era ban “terrible”.

In an interview with British journalist Piers Morgan, Trump said he had decided to officially turn the order around.

“I didn’t want elephants killed and stuffed and have the tusks brought back into this [country] and people can talk all they want about preservation and all of the things that they’re saying where money goes towards ― well, money was going ― in that case, going to a government which was probably taking the money, OK?” Trump said.

Despite the president’s tweets and interviews, however, FWS and the Interior Department remained tight-lipped as to the status of the ban. Numerous requests for information to FWS from The Hill over several months were referred to Interior and left unanswered. (continue reading full story)