Trophy hunting may cause extinction in a changing environment

Posted on November 29, 2017 by News Desk in the News Desk post series.
ShareTweetPinEmailShareShareLinkedIn 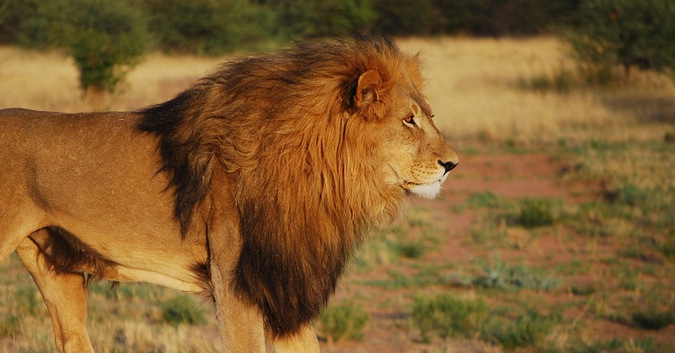 Male animals with the biggest antlers, horns and tusks have ‘high-quality genes’, so removing them from populations can be disastrous. When hunters kill animals for trophies, they often target the biggest and the best individuals.

Unfortunately, according to a new study these individuals are not only valuable to those who want their heads on walls. The importance of such animals to the wider population calls into question some of the hunting carried out under the banner of “conservation”.

“Large antlers or other ornaments are correlated with the genetic quality of the individual carrying them,” said Dr Robert Knell, an evolutionary ecologist at Queen Mary, University of London.

A big pair of tusks on an elephant or a large, dark mane on a lion don’t only imply status, they also indicate that those animals are “able to acquire resources, to grow well and to be healthy, and for that, they need to have a high-quality genome,” said Dr Knell.

It is often assumed that “selective harvesting” in the form of trophy hunting doesn’t seriously harm populations, as it only involves removing a few individuals and only targets males. Males tend to have desirable features for hunters, and it is generally thought that females will always be able to find willing mates.

In a paper published in the journal Proceedings of the Royal Society B, Dr Knell set out to investigate whether these assumptions held true, or whether a decline in genetic quality could be a serious problem.

“What we said was, why don’t we put that into our big fat mathematical simulation model and see what happens,” he said.

Dr Knell and his collaborator Carlos Martinez Ruiz found selective harvesting can be a particular problem when animals are experiencing environmental stress. When a population is forced to adapt in response to a changing environment, then the removal of the highest quality individuals had catastrophic results. Populations were unable to adapt and were far more likely to go extinct.

Habitats like the African savannah, where a lot of trophy hunting takes place, are also highly susceptible to climate change. This makes the findings of this study all the more worrying.

“If we get the 2°C change that now looks like the minimum we are going to get, that’s going to put a lot of stress on a lot of these populations,” said Dr Knell.

“Africa is already hot, and it’s going to get quite a bit hotter.”

Trophy hunting is increasingly being presented as a viable conservation strategy, with a greater area of land being conserved for hunting in Sub-Saharan Africa than is set aside for national parks.

Many conservation groups support the practice, with WWF stating that “in certain limited and rigorously controlled cases, including for threatened species, scientific evidence has shown that trophy hunting can be an effective conservation tool as part of a broad mix of strategies”.

“I think there is a very good case that when you have very well managed trophy hunting, it is largely beneficial in terms of conservation,” said Dr Knell.

However, he warns that an unfortunate focus by organisations such as Safari Club International on the size of horns and other appendages may prevent such practices being classified as “well managed”.

“The more you find out about this, the more you understand that these guys are very focused on the animals with the biggest horns or antlers, or the lions with the big black dark manes,” he said.