Earlier this year, South African Environmental Affairs minister Edna Molewa announced a ZERO quota for leopard hunts in 2017, a continuation of the 2016 ruling.

This after an alert by the country’s Scientific Authority that the number of leopards in the country was unknown and that trophy hunting posed a high risk to the survival of the species.

But in the latest development, Molewa has now proposed control measures relating to the trophy hunting of leopards, that will apply once the quota is reinstated. Conservation-minded people should read the summary below, to better understand the situation as regards to leopard hunting in South Africa, and to respond to the Minister (you have 30 days). 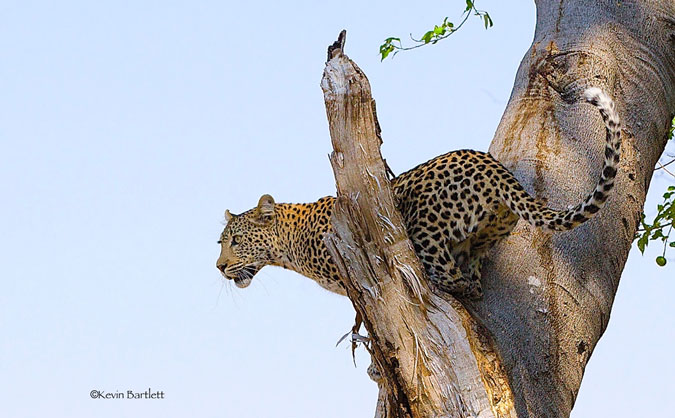 Here is a brief summary of the notice, which attempts to establish a framework for future leopard trophy hunts:

1. Most leopards are hunted by way of baiting (using a carcass to draw the leopard in), from a shooting distance of 50-80m.

2. Leopard Hunting Zones (LHZ) will be determined, based on leopard populations and hunting pressure. No individual property may be included in more than one permit application.

3. Male leopards can be accurately aged based on the dewlap size (the dewlap is the loose flap of skin on the throat).

4. Harvesting male leopards older than 7 years has the least effect on population stability because at that age they will have held their territory for long enough to allow one litter to grow to independence. Accordingly, only male leopards that are 7 years or older may be hunted. If this rule is broken, the relevant LHZ will receive no quota for the following year.

5. Each hunt requires a permit in the name of the hunting client or the local professional hunter, for each leopard to be hunted (multiple leopard hunt applications will be accepted). These permits must be applied for before September, for hunts taking place in the following year.

6. The professional hunter accompanying the client must pass a once-off ‘leopard hunting examination’. Bizarrely this website permits an unlimited number of practise exams, before the official exam is taken online. Professional hunters that can provide evidence that they have undergone approved training in the determination of a leopard’s age do not need to pass the exam.

7. Each leopard trophy must be inspected within 24 hours of the hunt by an environmental management inspector of the relevant permit-issuing authority, and DNA samples taken.

8. If any hunt contributes to the destabilisation of the relevant leopard population, appropriate action will be taken against the professional hunter to curtail their leopard hunts and/or institute criminal proceedings.

Interested parties have 30 days from 8 February 2017 to make representations or to object in writing, to Ms Makganthe Maleka mamaleka@environment.gov.za and +27 (0)12 399 8865