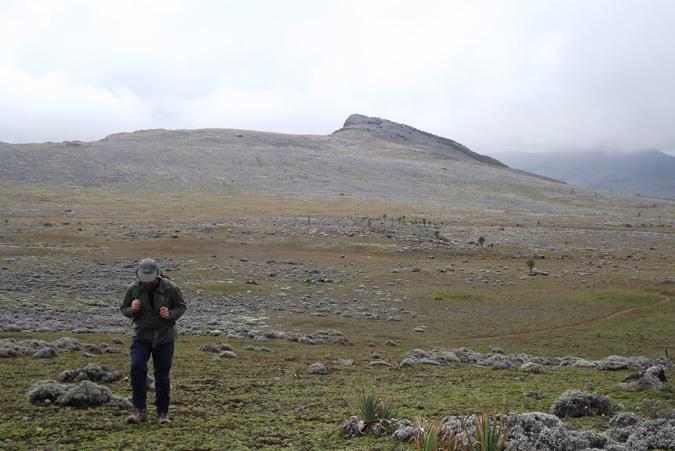 We didn’t see another trekker for the week we spent in the park, and if it hadn’t been quite so cloudy when we climbed to the top of Tullu Demtu (Ethiopia’s second-highest mountain at 4,377m) I know there wouldn’t have been another person below us in this spectacular, ethereal landscape for as far as the eye could see. 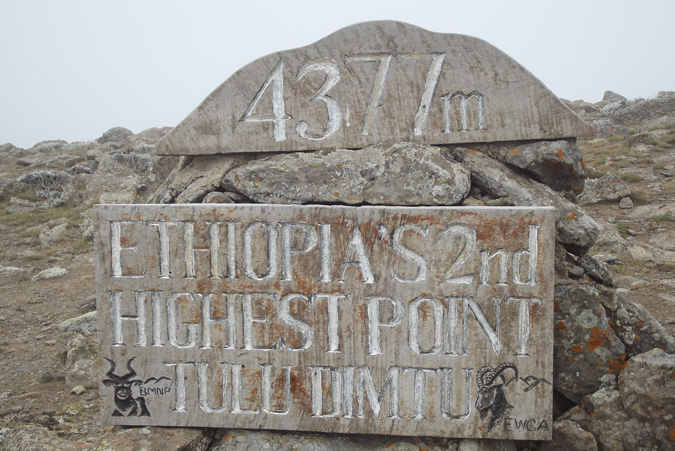 Averaging 4,000m above sea level there is nowhere else like it on the African continent, a place where natural selection has been hard at work; plants, animals and birds have all been fine-tuned to withstand the extremes of temperature, oxygen depletion, fierce winds and extreme ultraviolet radiation. 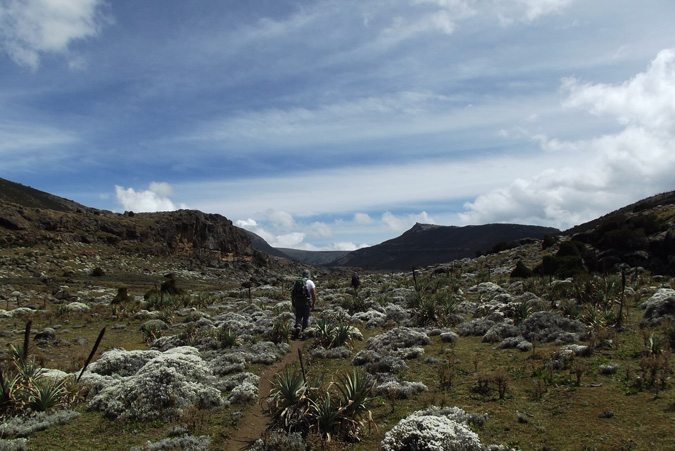 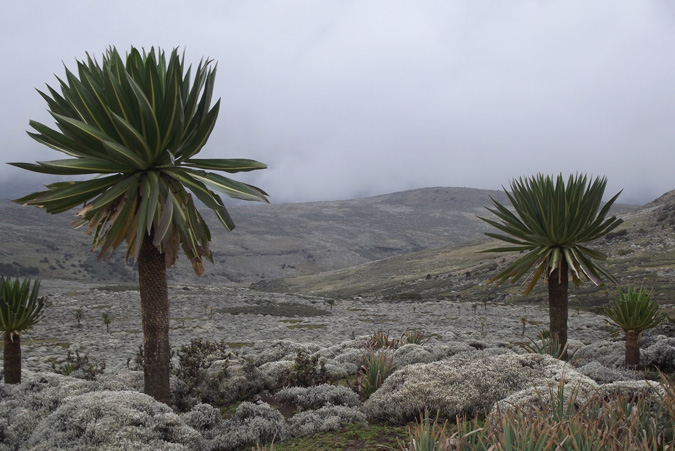 Somewhere between 20,000 and 40,000 people live within the park’s boundaries, divided between local villagers in the Harrena forest and pastoralists tending cattle, sheep and horses on the Senetti Plateau. Stock numbers now exceed the sustainable utilisation of the fragile moorlands, threatening the food source of the rodents, who are in turn the principal food source of all the carnivores, including the Ethiopian wolf. 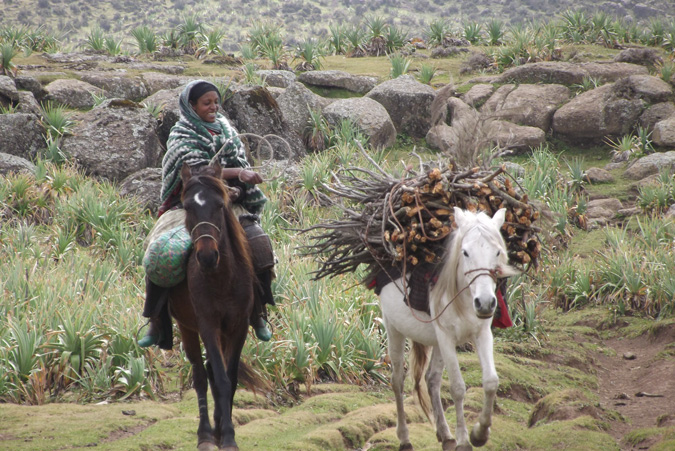 An even bigger threat to the wolves than the shortage of rodents to eat is the presence of several thousand domestic dogs in the park. These dogs are carriers of rabies and interact openly with the wolves. In 2010 rabies and distemper killed 106 of the wolves (about 40% of the Bale population at the time) and again in 2014 between 30 and 50% of the parks wolves were killed by rabies. 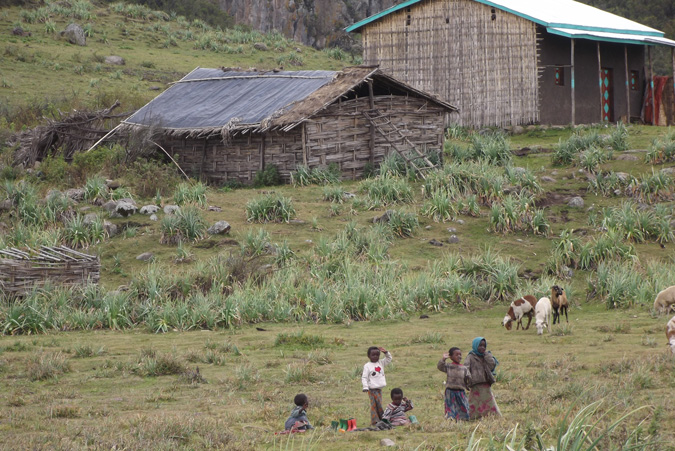 A week was barely long enough to do justice to this beautiful park. We trekked across approximately one-third of the park, starting in the tiny rural town of Dinsho, crossing the Senetti Plateau and finishing in the Harrena Forest. It was a ‘rustic’ style trip, food was basic, to say the least, our cook had a repertoire that consisted solely of rice with cabbage or pasta with tomato sauce, and we ate these dishes with regular monotony; always knowing that whichever we ate for lunch, the other would, without fail, appear at dinner!

The accommodation was tents, which were tiny but snug and warm and many mornings we awoke to find it covered with a layer of ice. This was an amazing opportunity to visit Ethiopia’s most important biodiversity hotspot and see some of the rarest creatures in the world. 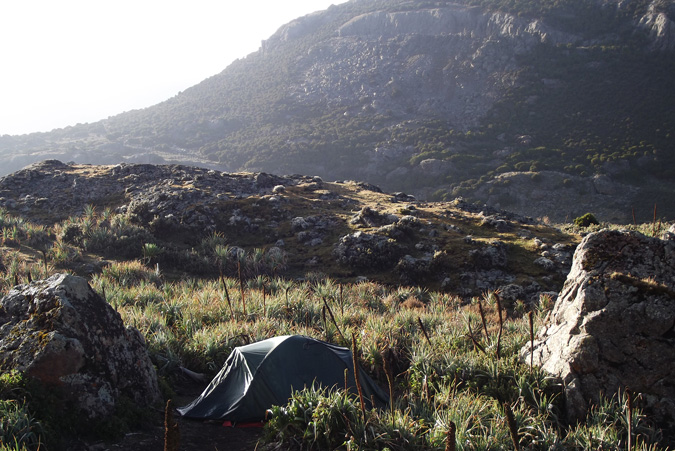