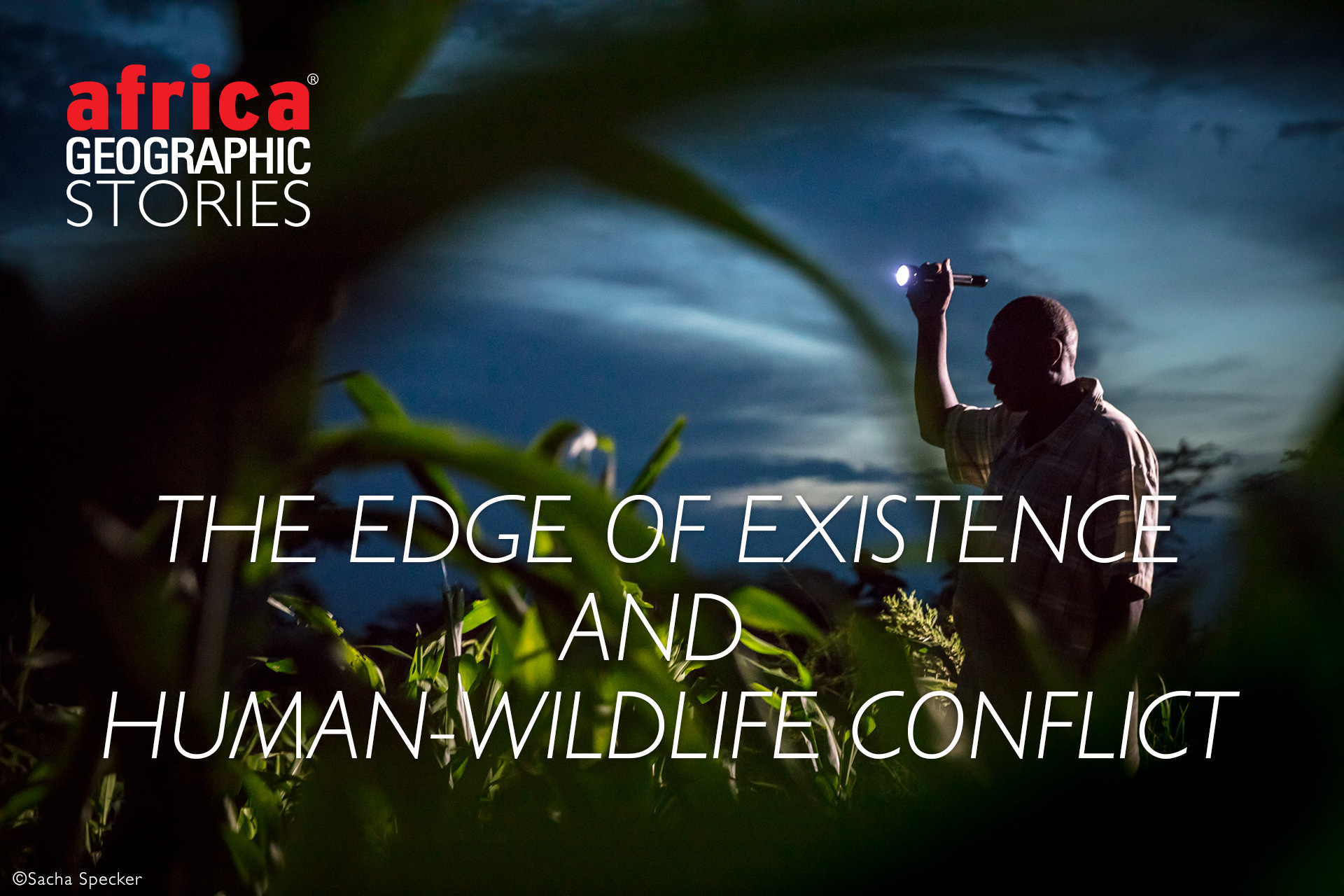 The ever-increasing human population has made human-wildlife conflict one of the greatest threats facing wildlife and conservation areas in Africa. It also gravely affects the livelihoods and safety of people every day.

Through the years, conservation has focused on the preservation of untouched wilderness. Not long ago, the greatest prize for conservationists was to gain protected status for an area and then establish rigorously controlled boundaries around these important places – with the focus always on the protection of the species that live within these areas. 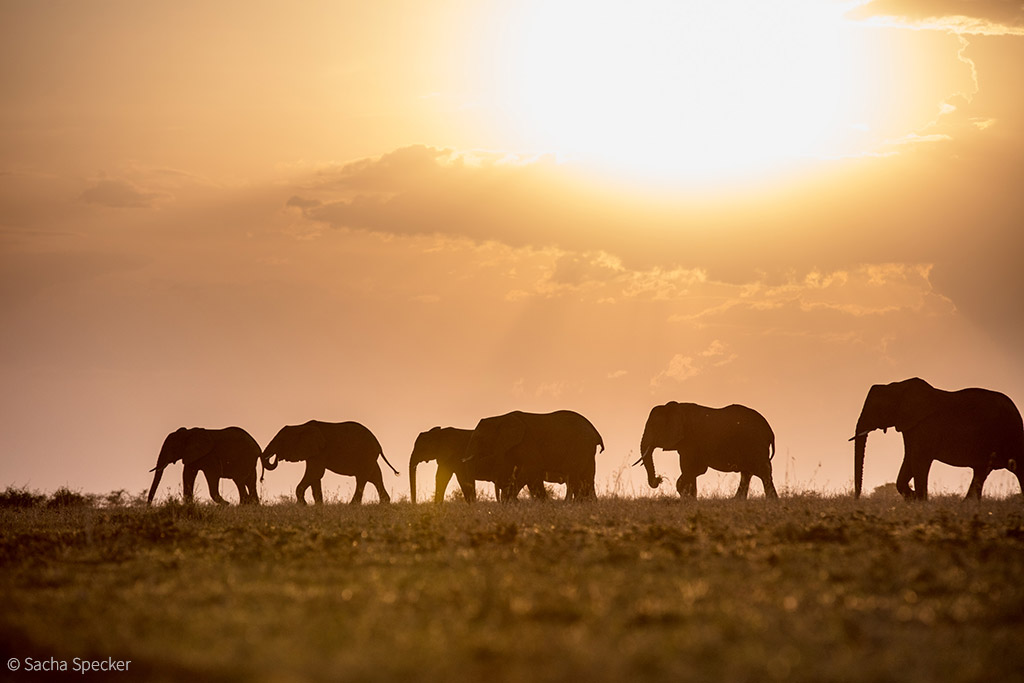 However, over the years, conservation has changed profoundly, and those involved in the field have come to realise that protecting an area in isolation is not enough – one has to focus on a much bigger picture. Modern conservation must take the surrounding communities into consideration and factor in human/wildlife interactions.

Produced by South African filmmakers Black Bean Productions, The Edge of Existence tells the story of human-wildlife conflict on the western boundary of the Singita Grumeti concession in Tanzania, the trailer for which can be viewed here.

Africa Geographic spoke to James Suter, a Co-Founder of Black Bean Productions and one of the directors of The Edge of Existence. 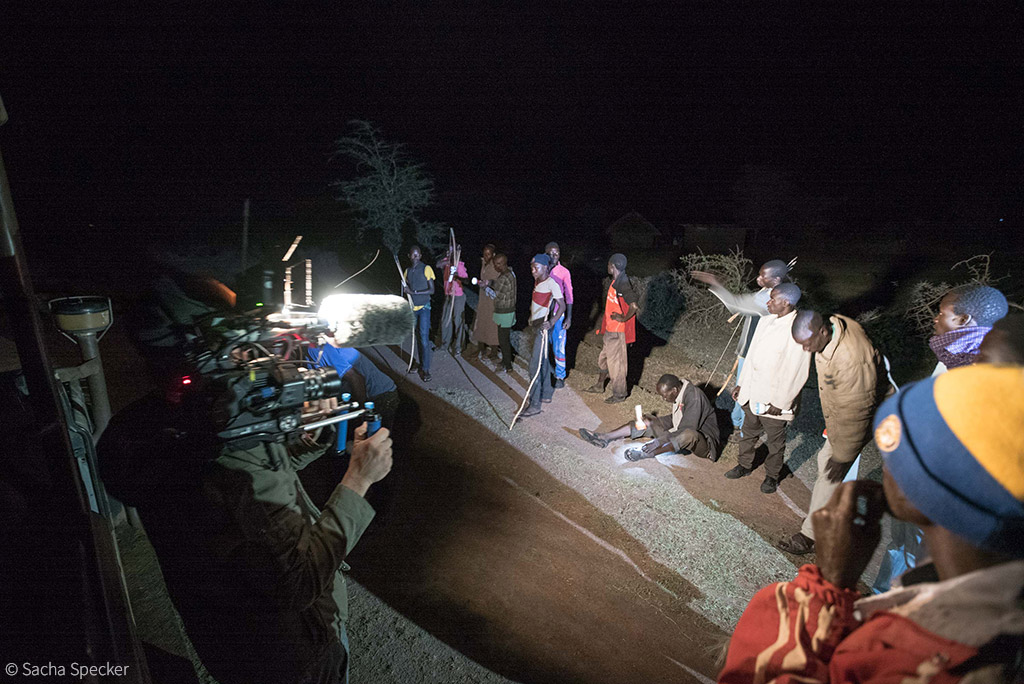 1. What are your reasons for producing The Edge of Existence and what change and action do you hope to come from it?

We set out to document and uncover the untold story of human-wildlife conflict in Africa. This issue is becoming a serious threat to wildlife and conservation areas due to the increasing population and pressures on wilderness areas.

It also affects the livelihood of many people daily. It is an issue without a simple answer. The documentary aims to tell the story of key characters on the ground, who face daily challenges in terms of living alongside Africa’s wildlife. We show the true meaning of conflict with wildlife from the perspective of those most affected by it and hear their point of view on this topic.

We hope to educate individuals around the world on what is happening – in many areas this problem is now reaching crisis level, and we hope the documentary will help to uncover solutions, connect communities, conservation authorities, and government.

What happens after the documentary is hugely important to us as a team – we want to see positive steps are taken that promote the co-existence of humans and wildlife not just in Africa, but around the world.

2. How did you come to choose to focus on the Serengeti ecosystem?

We are focusing only on one area – but this is truly a microcosm of what is happening in Africa as a whole, as well as many other parts of the world. We had worked closely with the Grumeti Fund for several years before starting work on the documentary, and we were able to see first-hand how human-wildlife conflict is impacting wildlife and people in this area.

Throughout the documentary, we follow the Grumeti Fund, navigating through the challenges of human-wildlife conflict as they work to find solutions that enable people and wildlife to co-exist peacefully. 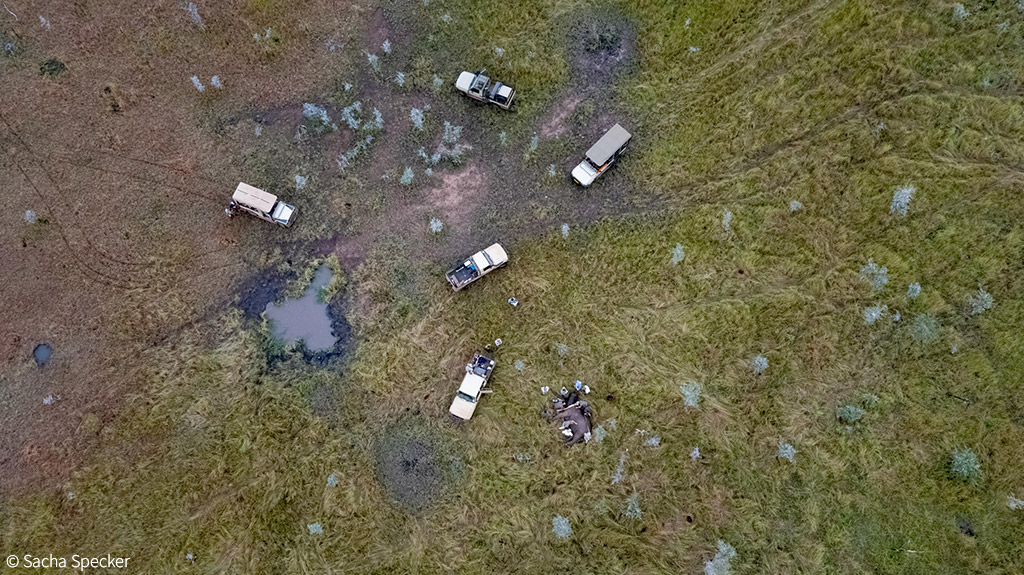 3. Do you believe enough education and awareness is being created in the communities in terms of the importance of why wildlife needs to be protected, and the vital role people play in their protection?

Without the buy-in from people, conservation does not work – community members need to benefit from conservation too. We must consider the communities living in such close proximity to wildlife and understand the daily challenges they face while working to protect the wildlife that is impacted by communities encroaching on wilderness areas.

Conservation is not sustainable unless we find workable solutions to human-wildlife conflict that can support the communities affected. In this ecosystem, there is a focus on educating the youth about protecting the natural world and understanding the value of these resources. There needs to be more of this happening around the world, so that the next generation grows up with these values. Having said this, I can sympathise with someone who finds it difficult to see the value of an animal, if that animal has caused so much hardship and that individual has never directly received any benefits from the presence of that animal. 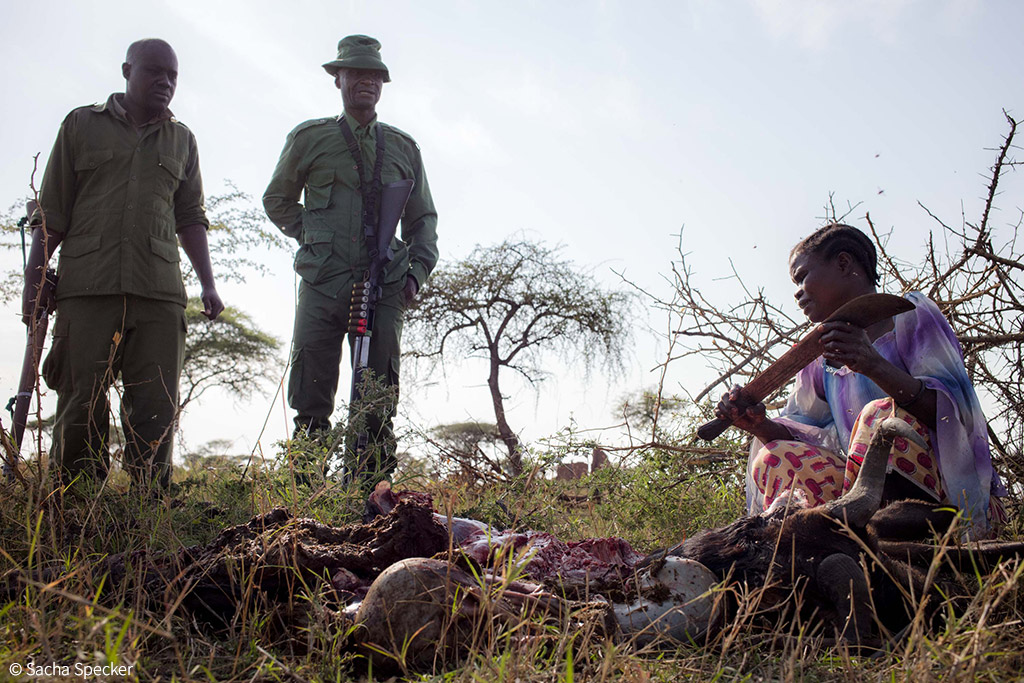 4. While filming, you experienced the consequences of human-wildlife conflict first-hand, both in terms of the loss of human and animal life. Witnessing that suffering and loss, how have your views on the topic changed, and how do you hope your audiences’ views will change?

We’ve seen families lose loved ones, parents witnessing their children being injured or killed by wild animals, and farmers who in a single night have lost their entire crop due to elephants. In an area as remote as the Serengeti, a farmer losing his crops can have devastating impacts that last for years.

The other side of this, of course, is that as a result of retaliation and the conflict caused by communities living in such close proximity to wildlife, we are witnessing endangered animals being pushed to the brink of extinction. Experiencing this conflict first-hand affirmed our belief that the only way to ensure conservation efforts are successful and sustainable is to ensure these efforts look at the whole picture and include communities.

Our hope in sharing this film is that people will realise that human-wildlife conflict is not a black and white issue. This issue is far more complex and really requires us to look at conservation from a holistic point of view as well as the need to act now. 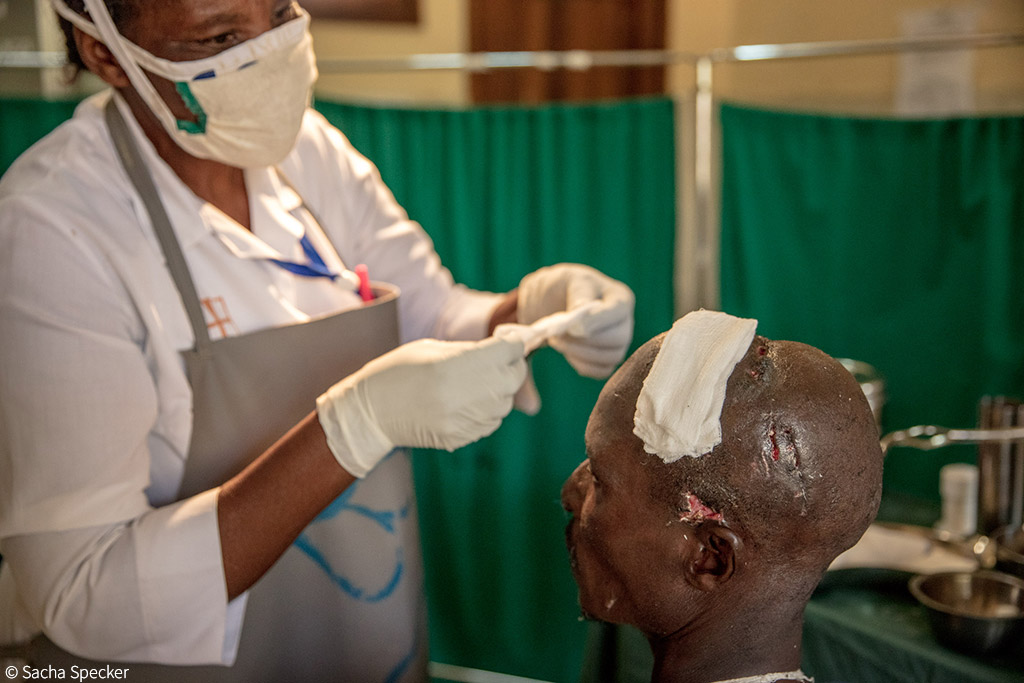 5. Elephants seem to have the biggest impact on the community’s livelihood in the Grumeti region- do you think there is a solution to the devastation that they cause, and why should people want to protect them when they are not benefitting from their presence?

While every situation requires a different set of mitigation tactics, in the western Serengeti the construction of a fence is the most recent solution to be implemented, effectively separating human areas and wild spaces without impacting on the natural movement patterns of wildlife. In Kenya, fencing has been proven to be the most effective solution to keep elephants out of community areas. The communities we spoke to in Tanzania feel this solution needs to be considered. By reducing conflict between elephants and people, community members may be more inclined to see value in protecting natural resources as long as they benefit as a community.

Fencing is expensive, and the kilometres are vast. We have partnered with the Grumeti Fund in Tanzania, and together we have launched an initiative to raise funds to put up a fence to protect communities living on the edge of a human/wildlife conflict hotspot on the western corridor of the Serengeti.

6. Given the drastic effects it could have on the annual migration, what is your view on erecting an electric fence as a more permanent and effective solution in mitigating human-wildlife conflict?

Electric fences have been proven to be an effective measure to mitigate conflict in Africa, especially with regards to elephants. Elephants are the main culprits when it comes to HWC on the continent. Creating a permanent buffer between wildlife areas and communities does make sense, particularly where there are high incident rates of conflict and large populations of people living close to areas where wildlife populations thrive.

When considering fencing in the Serengeti ecosystem, one needs to consider several factors. What we have learnt is that in an ecosystem with migrating animals, you can’t just erect a fence anywhere. Fencing needs to be strategically placed and work as a buffer in high conflict areas, without restricting the movement of migratory species. 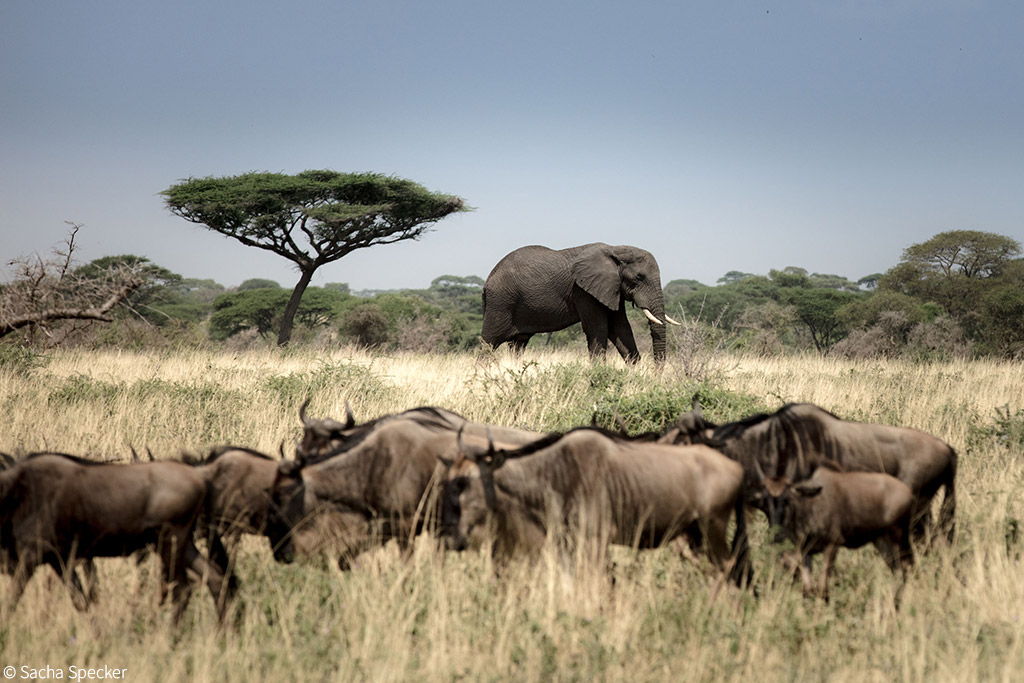 Fences also need to be semi-porous and allow for free movement of some animals but keep larger animals like elephants out of community areas. Typically, these fences are low structures, with electrified tendrils that point towards the reserve or wildlife area.

Again, one needs to be cognizant of the movement of animals and limit the negative impact on migrating animals. We have observed that while it does happen, herds will avoid areas of large populations of people as much as possible and historically move past these populated areas. If fences are strategically placed, this should allow for free movement of these herds and limit the negative impact on migrating herds, while protecting people in high-risk communities. There will however always be an impact when erecting a fence in a natural system, one just needs to find a balance. 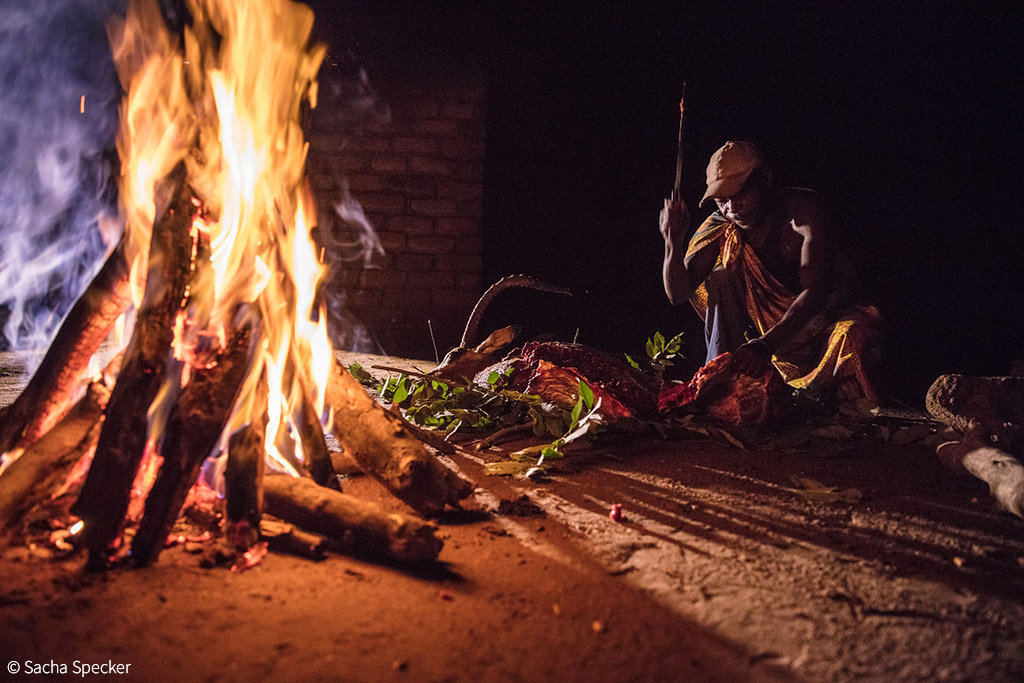 7. What are your fears if we do not find a balance between people and wildlife?

We fear that the conflict between humans and wildlife will reach a breaking point. Human-wildlife conflict interrupts the conservation of animals in the natural habitats, it threatens the survival of wildlife in these areas, and it also has an enormous impact on local communities. 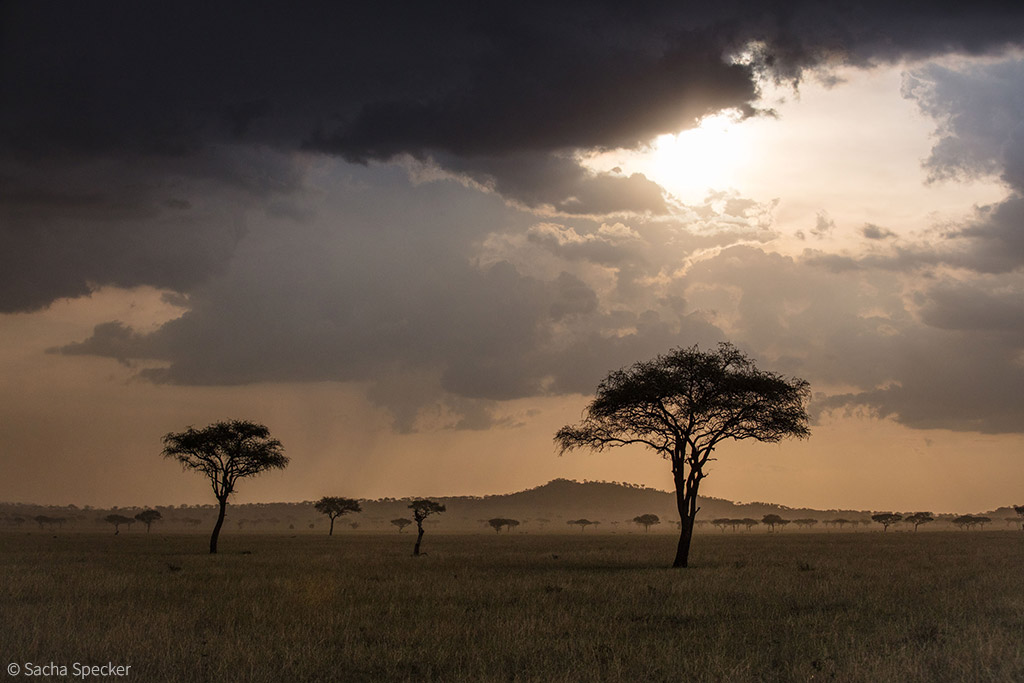 Black Bean Productions has partnered with the Grumeti Fund in Tanzania and together they have launched an initiative to raise funds to put up a fence to protect communities living on the edge of a human/wildlife conflict hotspot on the western corridor of the Serengeti.

The public can contribute towards a metre, or more, of this necessary fence – which is already under construction. For those interested in donating, a donate button can be found on the Black Bean Productions website, with an option to choose how many meters of fencing to pay for to support this project.

The Edge of Existence was lined up for several South African and international film festivals, but all of these have been placed on hold as the world lives through the lockdown. Black Bean Productions is currently negotiating with broadcasters to buy and flight the documentary, both in South Africa and internationally.