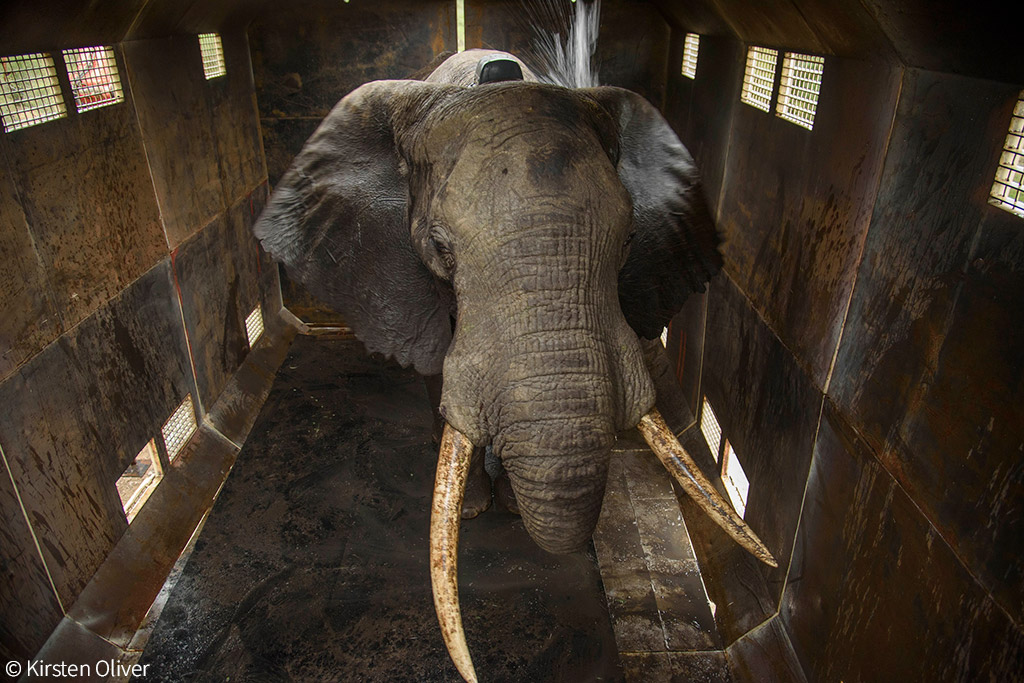 In a historic translocation in 2016, Somkhanda Community Game Reserve welcomed a herd of 13 elephants donated by Nambiti Game Reserve – the first time two community-owned reserves had successfully worked together to extend elephant range and distribution. This illustrated the importance of community conservation, not only in fostering local economic development and social upliftment, but also in conserving iconic and endangered African wildlife.

Now, these elephants have been joined by a 20-year-old bull elephant from Tembe Elephant Park, owned by the Tembe Traditional Authority. The successful translocation to Somkhanda Game Reserve was a joint operation between WILDLANDS – a programme of the WILDTRUST, the Aspinall Foundation (in partnership with Albus Environmental), and Ezemvelo KZN Wildlife and Conservation Solutions.

Tembe Elephant Park was established in 1983 to protect some of the last remaining free-roaming herds of elephants in South Africa, including ‘tuskers’ (large elephant bulls, some of whose tusks touch the ground). Historically, these elephants would migrate between Mozambique and Maputaland in the extreme north of KwaZulu-Natal. During the Mozambican Civil War, those that escaped the rife poaching found sanctuary in Tembe and settled in the dense sand forests of the reserve. While the dream of reuniting the elephant population across the international border remains, until that is a viable option, management has to implement creative solutions for a growing elephant population in a relatively small reserve. Some of these solutions include the contraception of female elephants and the translocation of surplus elephant bulls. 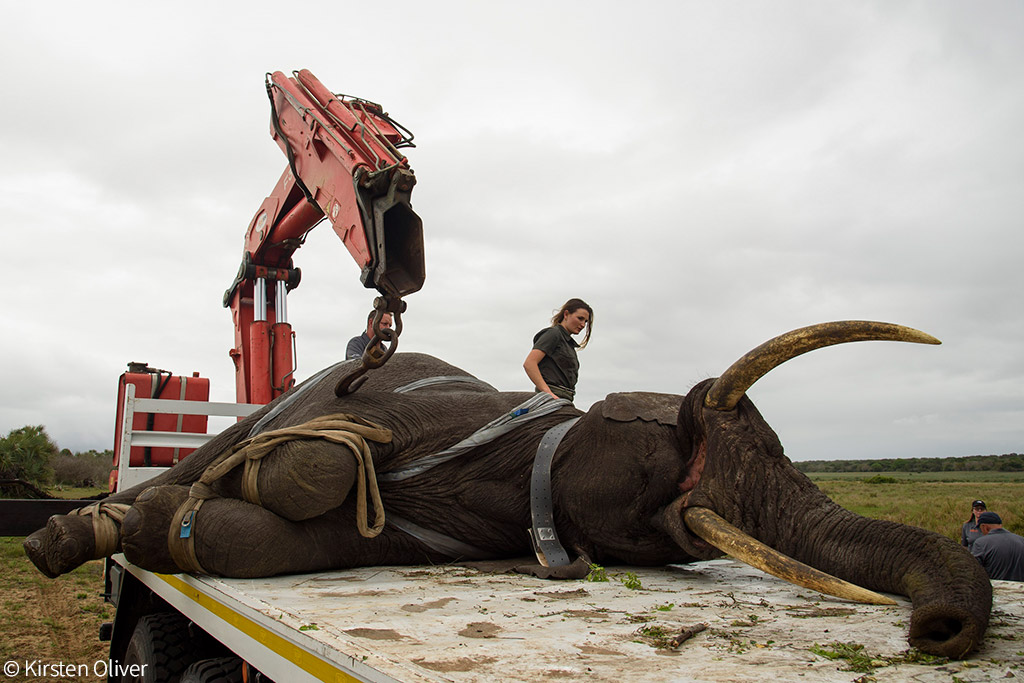 Somkhanda Community Game Reserve, the new home of the large young bull elephant (yet to be named) is owned by the Emvokweni Community Trust (ECT), which was established in 2005 through formal land claims and declared a protected area in 2011.

Eco-tourism has been earmarked as an important vehicle for economic growth in the country, and the introduction of this new bull will strengthen the reserve’s offering. However, it will also strengthen the genetic diversity of the current elephant population in Somkhanda. According to Roelie Kloppers, the CEO of the WILDTRUST, “The Great Tuskers of Tembe are known all over the world as majestic giants. Bringing a Tembe elephant into Somkhanda’s herd will enable the continuation of the Tembe Tusker lineage in this reserve. This will not only be a massive boost for tourism here but also contribute to conservation efforts of Ezemvelo KZN Wildlife in Tembe Elephant Park. We are very proud to play a little role in support of this.”

As noted above, the introduction of this bull is seen as a strategy to contribute to the conservation of these giants. Elephant populations across Africa and Asia are under threat due to the illegal ivory trade driven by devastating effects of poaching, human-elephant conflict, and habitat destruction. It is up to collaborative efforts of these organisations that stand united behind conservation strategies that will end this crisis. 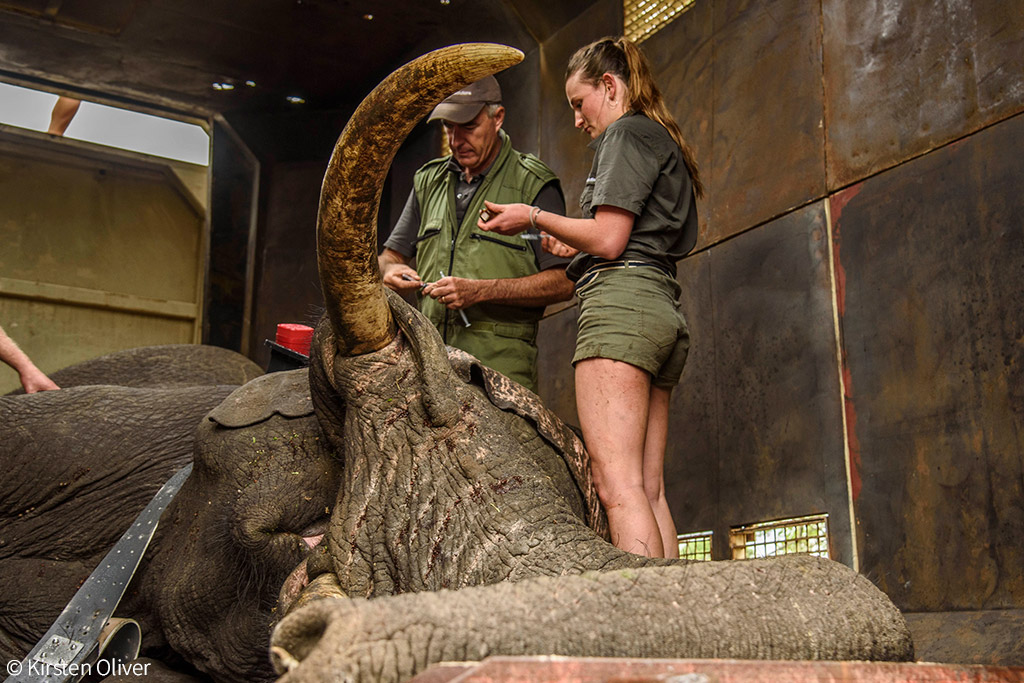 The translocation was facilitated and funded by the Aspinall Foundation, which is an internationally renowned animal conservation charity that is dedicated to protecting endangered animals around the globe. Dereck Milburn, Regional Director at Aspinall Foundation comments, ‘’I am absolutely thrilled to see this giant in his new home. I want to thank the Emvokweni Community Trust and WILDLANDS for their willingness to accept the responsibility of securing the life of this bull and the tusker genetics for the benefit our future generations’’. The Aspinall Foundation partnered with Albus Environmental in delivering this project.

Translocating big game requires a lot of patience, skill and technical support which was provided by Conservation Solutions. With 25 years’ worth of experience, Conservation Solutions has developed unique translocation systems to move elephants across Africa. “Community-driven conservation plays an essential role in the protection and restoration of flagship species such as elephant. A project like this highlights the potential for communities to collaborate towards the restoration of wildlife biodiversity.  These species are ambassadors for the ecological systems in which they live – protecting them justifies the protection of their natural habitat, and all the thousands of other species which occupy the same space,” comments Founder Kester Vickery of Conservation Solutions. 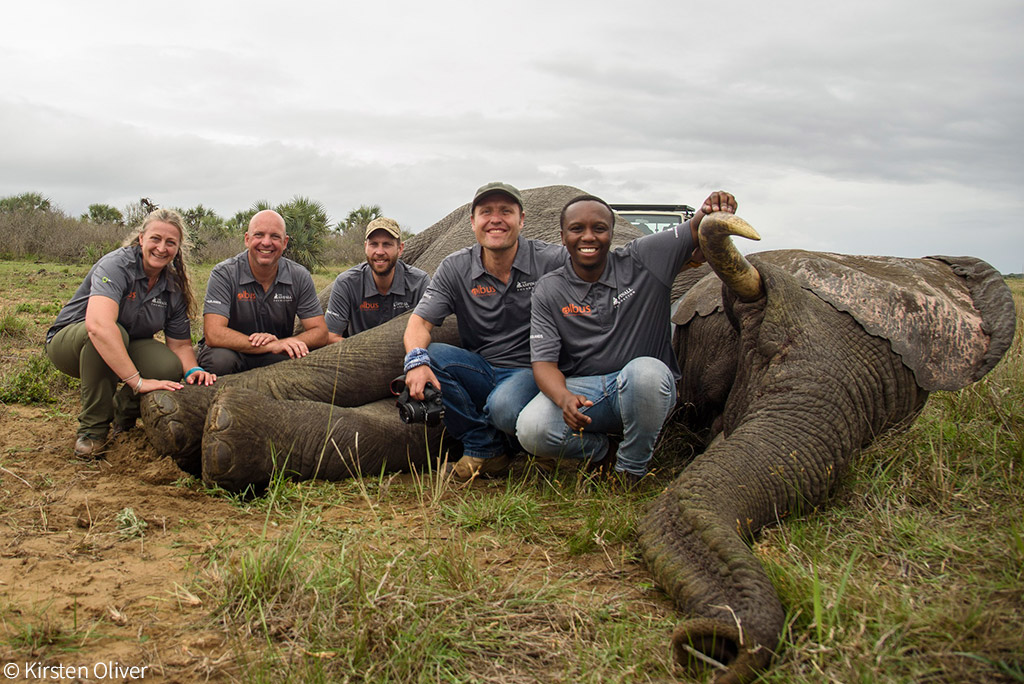 The Somkhanda team on the ground have reported that this bull is settling in well in his new environment. Tembe is home to some of the biggest elephants in Africa, and the team are hopeful that he will soon interact with the Somkhanda herd to infuse the population with the genes of the ‘Tembe Giants’ for generations to come.