Stories in the night sky 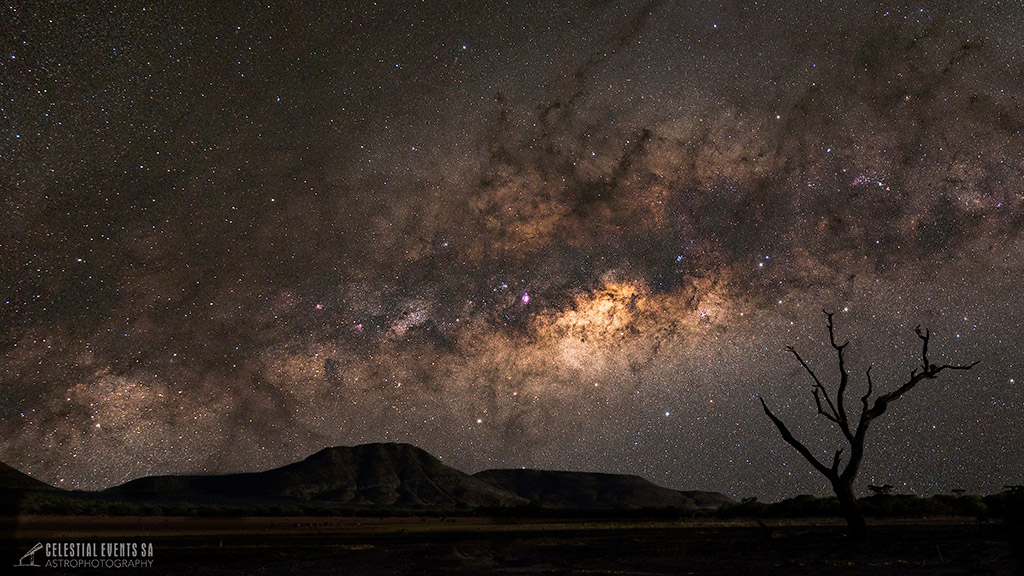 Since the dawn of mankind, the human race has recorded its stories, myths, and legends in the tapestry of their starlit night sky.  Regardless of geographical location and culture, the celestial realm has long been the ultimate storyboard upon which humanity has logged its thoughts, beliefs, and experiences. Their observations not only were not purely aesthetic in nature, however, and it did not take the early settlers long to begin to understand the world by watching the passage of the stars night after night.

People quickly began to notice the cyclical nature of the heavens, and with that came the concept of time.  Of course, modern-day timekeeping was a long way off. Still, by recognising the positions of various celestial phenomena, it soon became apparent that recurring weather conditions and temperatures could be predicted with a reasonable amount of accuracy.  This knowledge could then be used to anticipate vital information on animal movements based on rainfall, as well as fruiting times of the local flora.  By the age of the pastoralists, this knowledge would prove invaluable for farming activities.

These early observations paved the way to modern society, and it is fascinating to realise just how much of today’s world is linked to our ancestors’ observations of the darkness.  Did you know that the days of the week are all named after planets, or that our 12-month calendar is based on the phases of the Moon?? Perhaps this is why so many people are drawn to the stars and why just staring heavenwards at night is such a therapeutic and powerfully emotive experience.

Let us now delve back into history and investigate some of these stories. 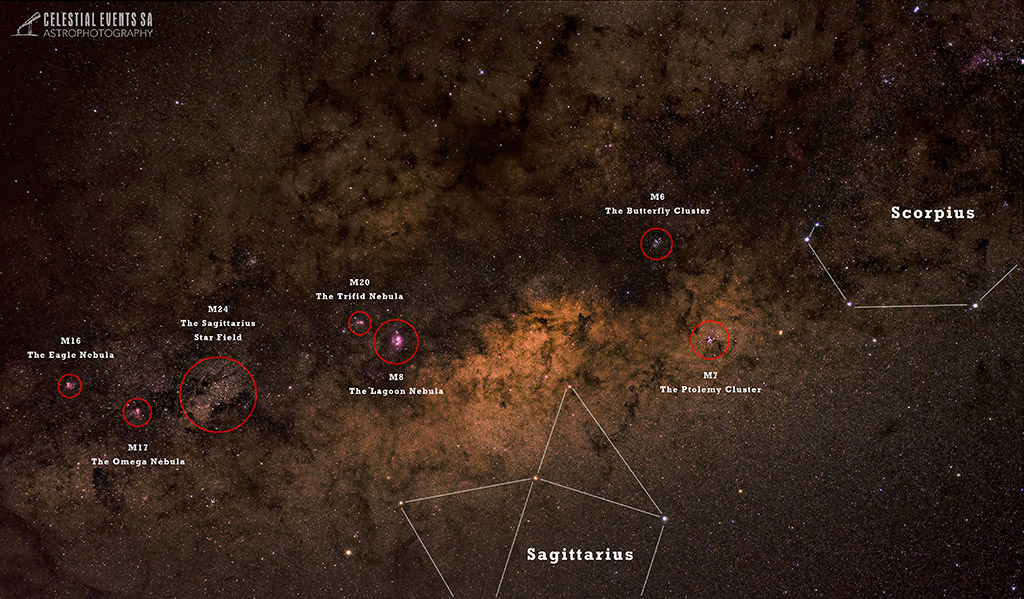 The ethereal, spiral arms of our galaxy can be seen arcing across the sky, particularly during the winter months when it passes almost directly overhead.  Even from suburban areas, the glow of countless stars is evident, but imagine what the sky must have looked like before the advent of electricity and industry and the pollution that they now cause!

The early Bushman told that this celestial beacon was created when a young girl threw the ashes of her campfire high into the sky to guide her father home from his hunting trip.  To some tribes, the diffuse white streak of the Milky Way represented the bellies of a vast herd of celestial springbok, while to others it traced a prodigious footpath upon which the spirits of our ancestors still tread.  In Zulu culture, the opalescent band was created by the hooves of the gods’ great herd of cattle as they marched to and from their feeding grounds, slowly wearing through the boundary between the perpetually lit celestial realm and the Earth below. 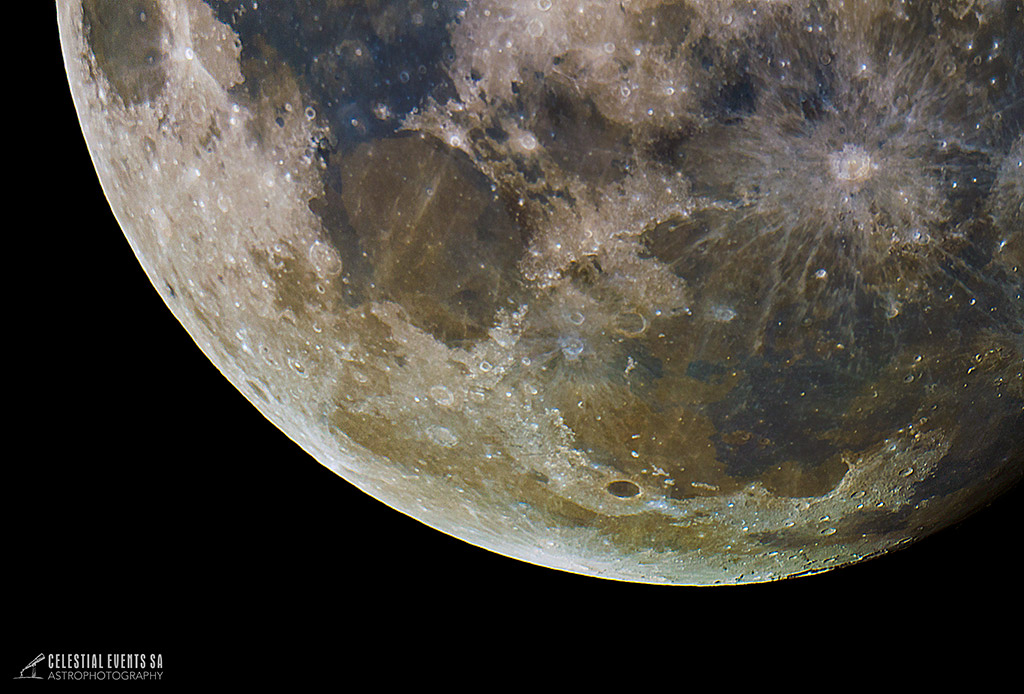 According to the Bushmen, the Moon is the sandal of a trickster god named !Kaggen that had been frozen in a local waterhole before being tossed into the sky to light up the night.  However, the Sun was extremely unhappy about sharing the sky with another luminous object and, to this day, chases it through the night, cutting strips from the Moon until it is almost extinguished.  At the last moment, the Moon begs for forgiveness and Sun relents its attack, allowing the Moon to recover until it becomes full again.  At this point, the Sun recommences its onslaught once more.

Due to the repetitive phases of the Moon and its seemingly regular regeneration, much African folklore found it synonymous with reincarnation and recovery.  This belief was honoured by the Bushmen during their hunting trips, trusting that if one looked at the Moon after shooting their quarry with a poison arrow, it would allow the prey to recover and escape.

As it takes approximately 29 days for the Moon to go through a full cycle and return to the same phase, these phases have also been used for millennia to mark the passage of time. The ‘Ishango Bone’, found in the former Belgian Congo, is a baboon fibula decorated with various etchings that indicate its use as an ancient lunar calendar.  Scientists estimate that it is over 35,000 years old! 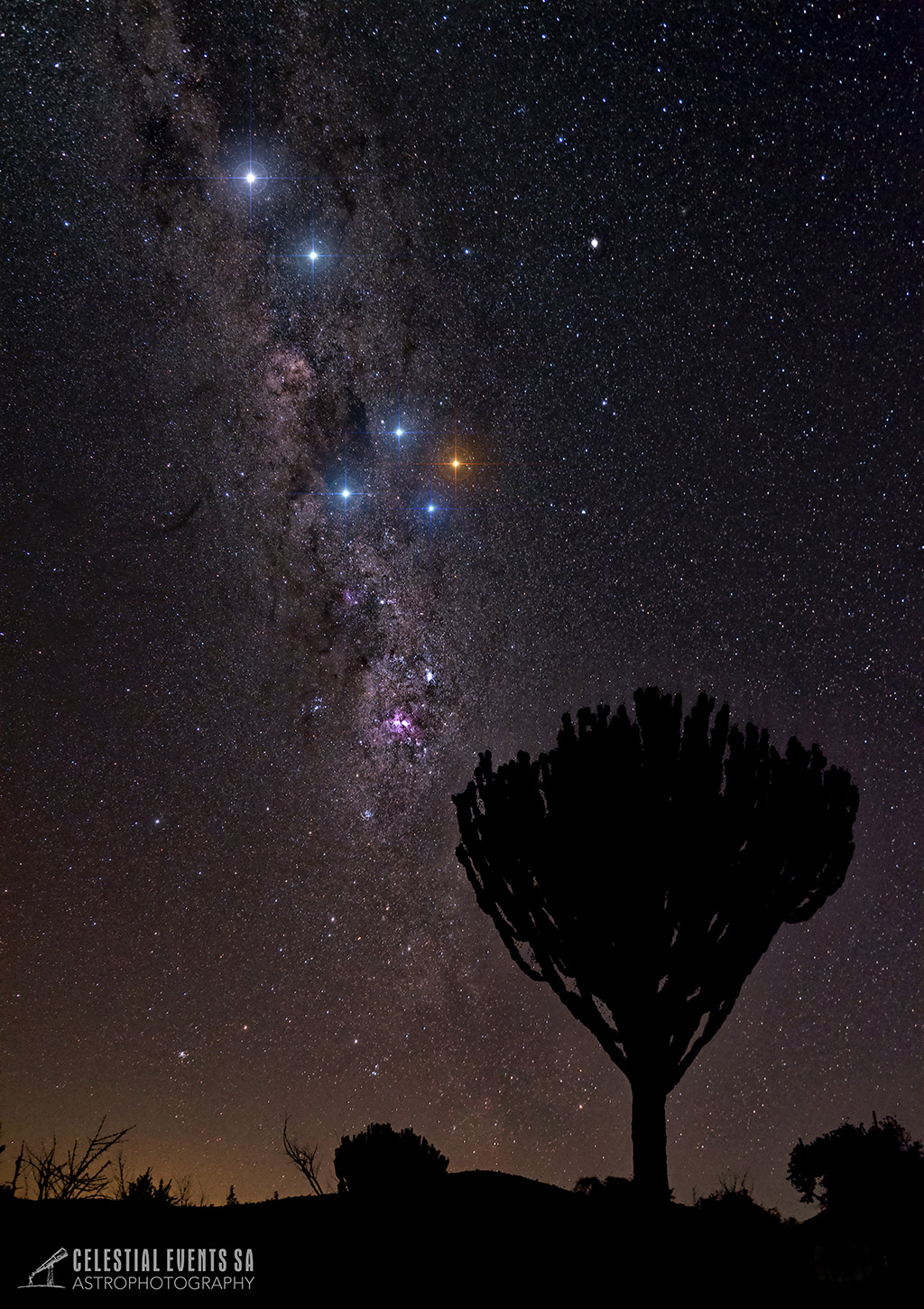 The Southern Cross, or Crux, is the smallest of the recognised 88 constellations but is probably the most famous in the southern sky.  Not only does it point towards the south, an invaluable navigation tool, but there are also many recognised animal associations.

The most common interpretation in southern Africa is that the four brightest stars of Crux are a herd, or ‘journey’, of female giraffe and the two Pointer Stars (Alpha and Beta Centauri) represent a pair of giraffe bulls in hot pursuit.  Another version of the story sees the cross as symbolising the head of a giant giraffe (due to the diamond shape), with the Pointers as its neck.  Some Bushmen tribes believed that the stars of the cross are a pride of lionesses, along with their young cub (Epsilon Crucis) and the Pointers embodying their two pride males following close behind as they prowl towards the horizon. 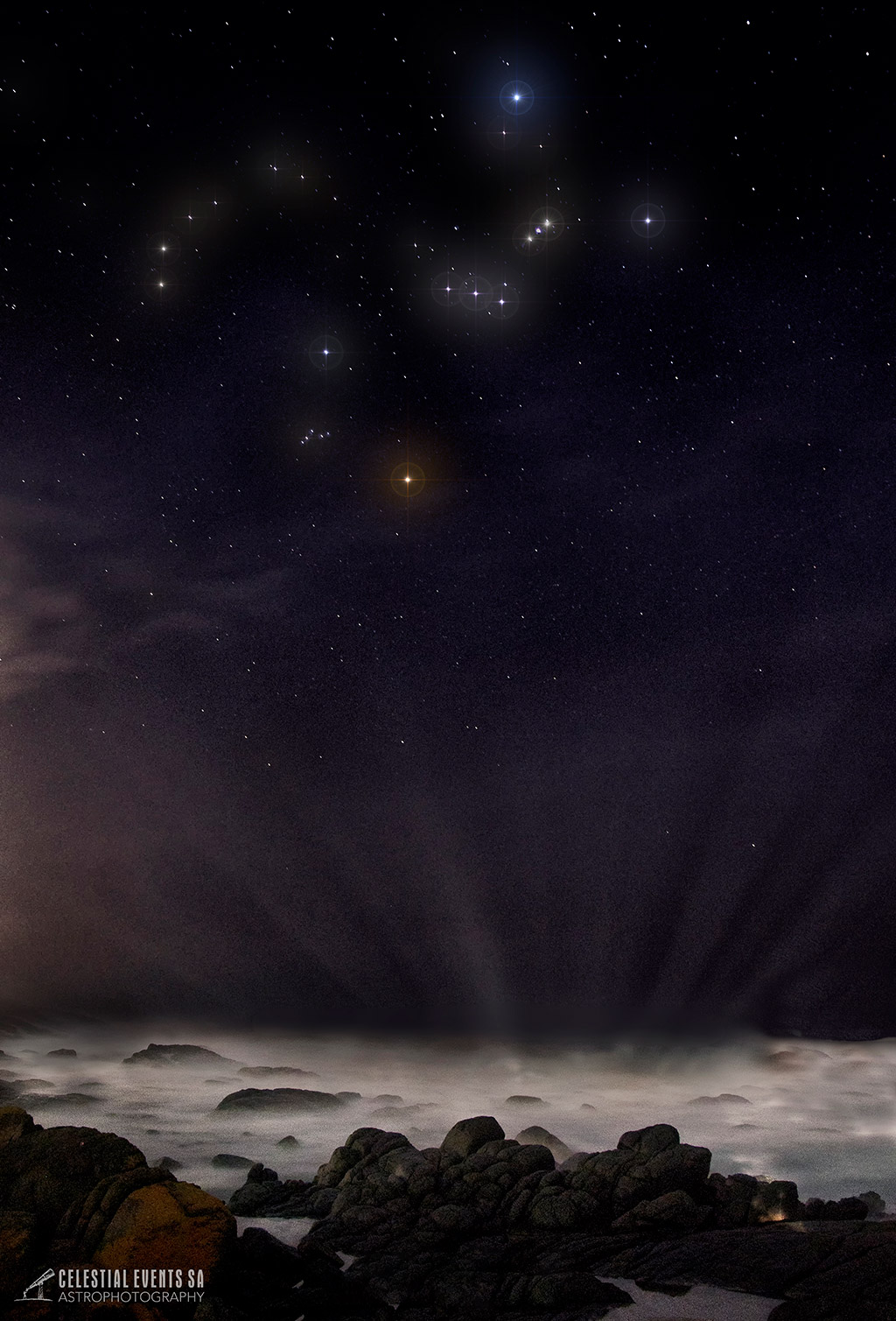 Orion as a constellation does not have any specific African mythology associated with it, but aspects of the constellation are well documented.  Many cultures have seen the famous Belt of Orion as various animals, including both tortoises and warthogs.  One legend identifies them as three zebras.  Mintaka, the first belt-star to rise was seen as the stallion, with Alnilam and Alnitak, his two mares following behind.

One version of Bushman starlore tells the story of the great god of East who set out hunting and climbed up to the Large Magellanic Cloud where he aimed his bow at the three zebras of Orion’s belt.  According to beliefs at the time, zebras were restricted to the heavens and were not found in Earth.  However, the god missed, his arrow falling short (symbolised by Orion’s ‘sword’ and the Great Orion Nebula). The arrow could not be retrieved due to the presence of a great lion represented by the giant red star, Betelgeuse.  To honour the zebras’ escape, the god of the East sent them to Earth to live out their lives in peace. 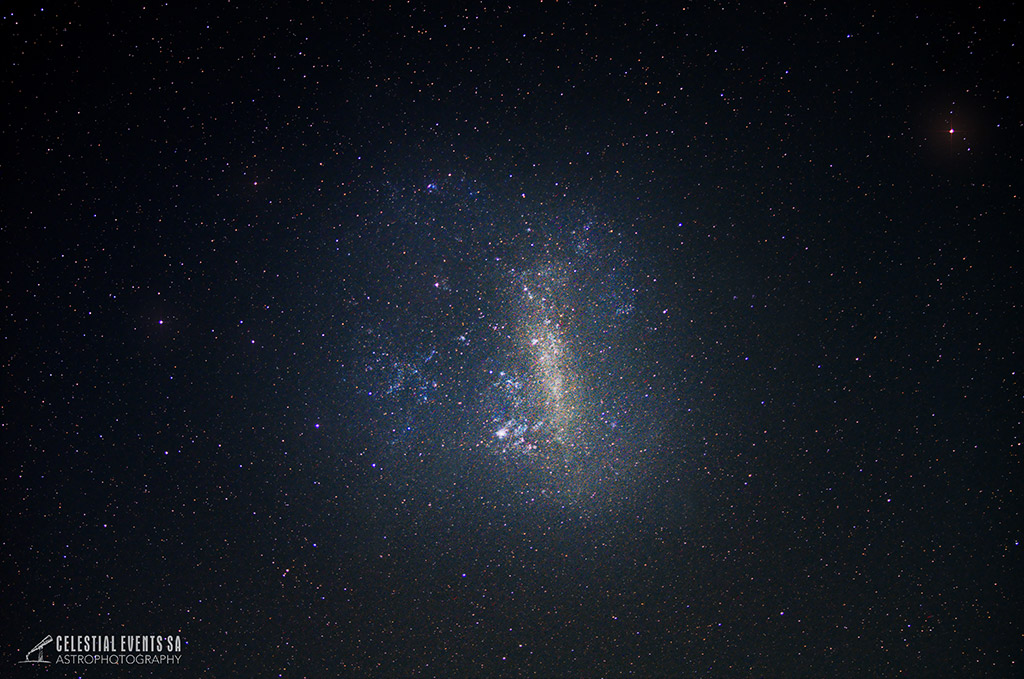 When looking directly south on a clear night, two imperfections stand out against the clarity of the darkness.  The Large and Small Magellanic Clouds are sister galaxies of the Milky Way, locked in a gravitational war with us, and each other.  They are named after the great Portuguese explorer Ferdinand Magellan who documented the ever-present clouds during his circumnavigation of the globe in the early 1500s.

However, these two smudges in the sky have been known since ancient times, and early settlers considered them to be indicators of summer and wet weather when visible at night.  The Large Magellanic Cloud was often portrayed as the shield of ‘Naka’, the Horn Star (Canopus, the second brightest star in the sky), as it slowly emerged from the eastern horizon, dragging in the start of the new year.

The bushmen saw the clouds as a pair of celestial steenboks, perhaps due to their diffuse nature rendering them hard to see under less than perfect conditions, in the same way that the diminutive steenbok prefers to remain hidden. Others saw the testicles of a great lion!  As strange as this may sound, one must remember that the bushmen had massive respect for the apex predator with whom they shared the land, and there are multiple of accounts of celestial lions in their history. 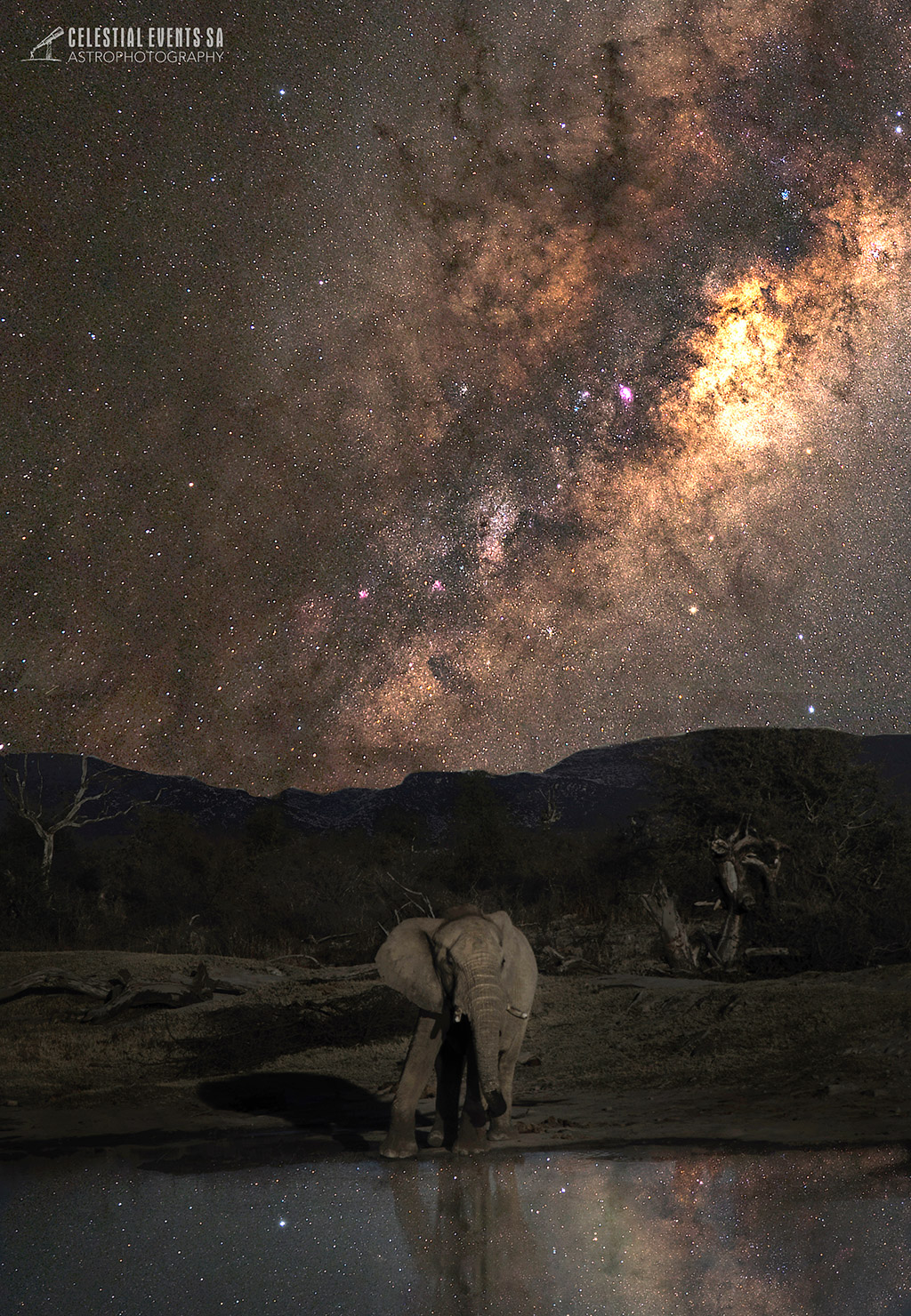 These examples are just a tiny percentage of ancient beliefs and stories associated with the heavens. Sadly, many records having been lost through the years, and much of history has been bastardised by centuries of oral tradition.  Regardless of the specifics, it is plain to see that since mankind’s earliest origins, we have looked to the stars for guidance and a way to record our history.

This history is emblazoned in our genetics, and it is no surprise that we still gaze in awe at the glistening, inky expanse above, night after night after night.  Space may or may not be infinite, but it contains the hopes and dreams of every man, woman and child that has ever trodden the Earth and will continue to be the ultimate blackboard upon which to etch our memories. 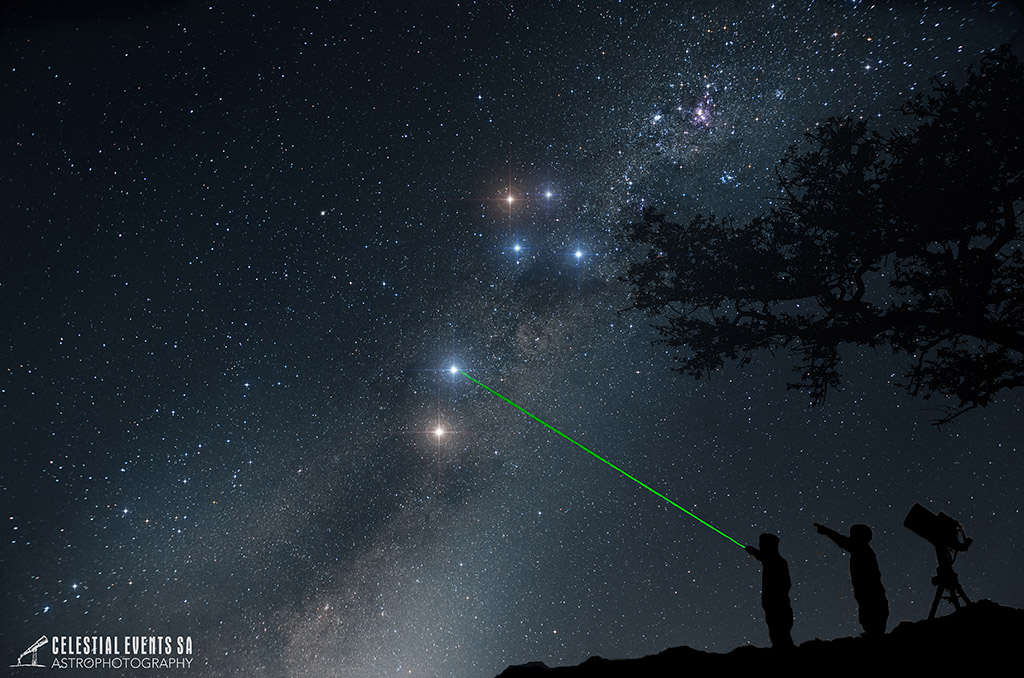 About the author: Ben Coley is a 15-year veteran of the guiding industry in South Africa and has always harboured a great fascination with the stars, the wonders of the cosmos and their influences on the natural world.  This has culminated in his authoring a brand-new Astronomy qualification for field guides, as well founding his Astro-Tourism company, Celestial Events SA.  Ben specialises in ‘Night Sky Safaris’ for the tourism industry, that offer a unique insight into the cultural history of the heavens, as well as out of this world views of distant worlds and other celestial phenomena.